Secret Dates: The Roaches in the Peak District

The Roaches are a real landmark in the Peak District

This secret date involved a trip to the Roaches in the Peak District. Unbelievably, we have never been there before, despite driving past it hundreds of times. Initially, we postponed our trip until the afternoon due to a weather report that suggested it would be very foggy. The downside to this was that it was almost impossible to find a parking space. If you are planning a trip by car, we’d really suggest you get there before 10am. If you do this, you stand a much better chance of getting a space in one of the laybys. When we arrived at around noon, not only were all of the bays full, but people were parked all over the place. They were on grass banks and all sorts! 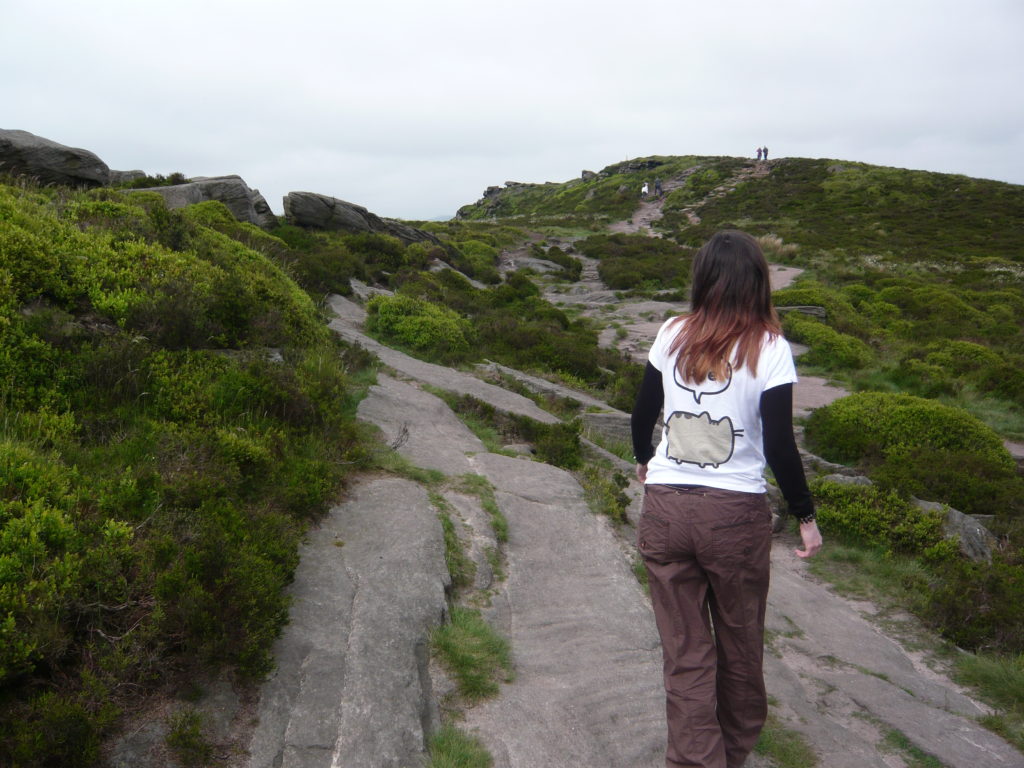 As we had decided to start our date with a nice lunch, we parked at The Roaches Tea Rooms. As it was a pleasant day, we sat outside and ate in their rural outdoor seating area with nice countryside views. The tea rooms were very popular with cyclists. I had a ham and cheese omelette, whilst Amy had a bacon and brie ciabatta. Both were served with salad and coleslaw. The food was pretty tasty. Hilariously, Amy claimed that she couldn’t taste any bacon in her bacon and brie ciabatta. She decided to open it up to check, and there was none! She had to go and let them know. Soon enough, they came out with a plate full of pieces of bacon. I think they gave her extra to make up for the error, so I got a piece too. 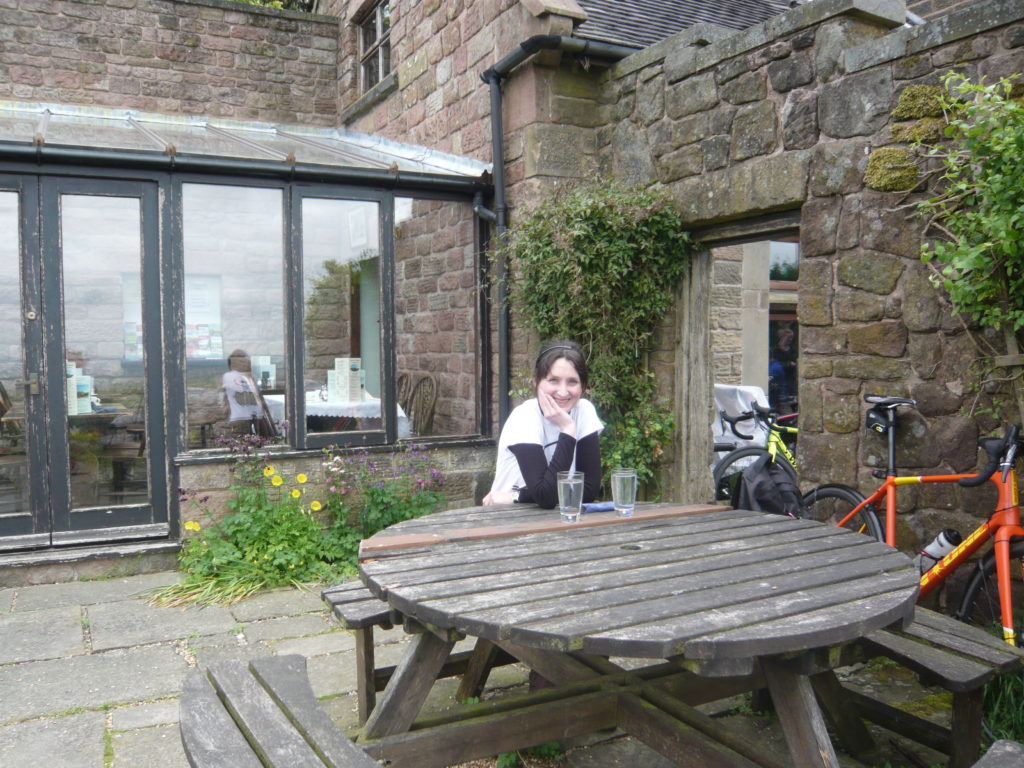 Take a map and a hiking route, or just go and explore!

Our walk on The Roaches was scheduled to last around four hours, though we often take longer as we get easily distracted. Despite us printing a map and route off, and checking a book out from the library, we decided we would find our own way around.  The views are incredible, even from the lower part of the area. The tall, thin trees perfectly frame the gritstone escarpment behind. People use the giant rocks everywhere to try out rock climbing, much like we did recently at Stanage Edge. We firstly checked out the Rock Hall Cottage. Rock Hall Cottage is well worth seeking out. This former cave dwelling has been renovated as a cottage used by various rock climbing groups, and looks amazing. The ‘garden’ is filled with huge boulder-like rocks that we imagine are used for practice climbs. 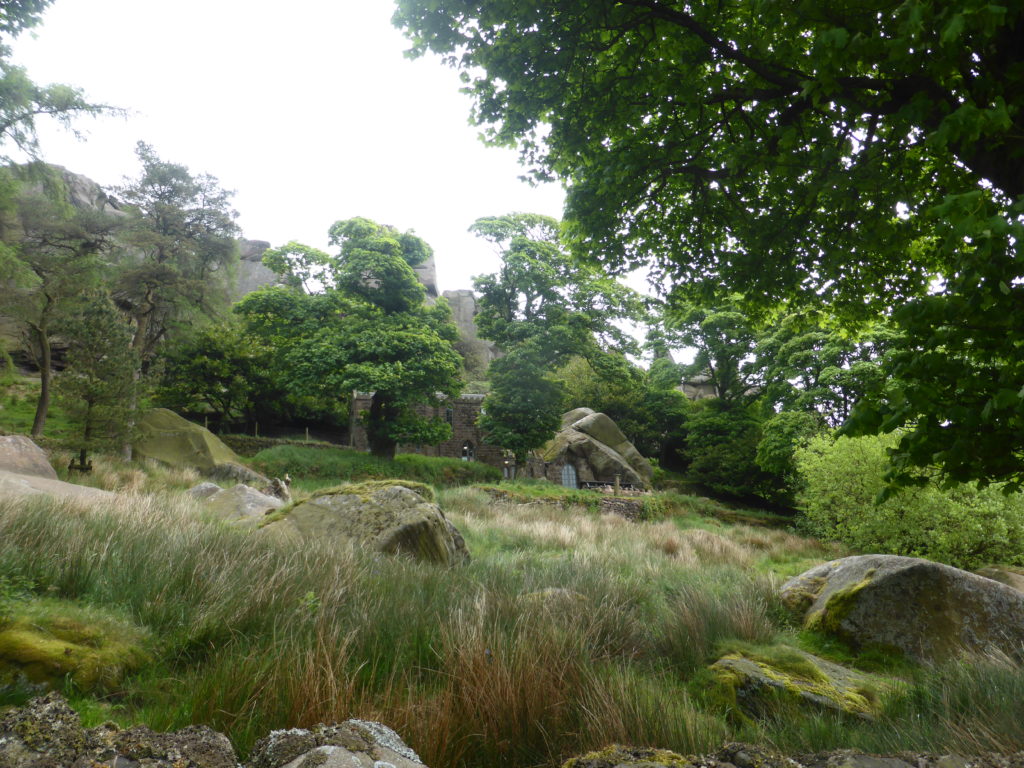 From here, we took a fairly steep path up to a small cave high up in the rocks. Despite not having any rock climbing gear, we decided it was safe enough to attempt to climb up into it. It wasn’t particularly easy though. We had to help each other to find the footholds both on the way up and back down. Huge rocks balanced precariously above our heads. It must be said that they have probably been there for centuries or more though. We kept getting distracted by just how much fun we could have around here. In fact, we kind of lost interest in the actual hike that we had printed off. We kept exploring new rocky outcrops and caves, and finding amazing viewpoints. 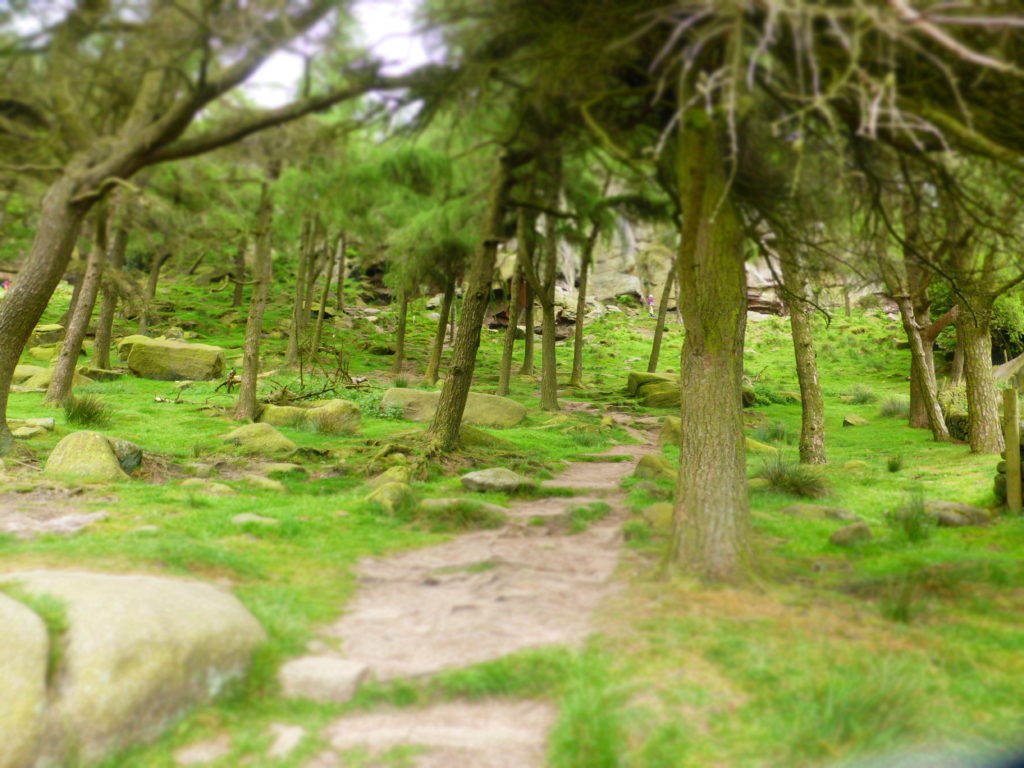 Where the heck is Teck?

At the top end of the Roaches, we each headed out to the edge of a pair of ridiculously large rocks. I was alright with this until I saw that Amy’s rock had what appeared to be a gap in it. I instantly started to panic and insisted that Amy come down. Of course, she didn’t straight away, putting my nerves on edge. The drops were horrendously high, and we were well above the tops of the trees. Tittesworth Reservoir broke up the endless fields in the view of the distance. Further along the path, we found a stone seat that has been carved into a large rock. There is a plaque carved into the wall of the rock next to it to commemorate the visit of the Prince and Princess of Teck in 1872. We had never heard of Teck, but it is apparently an area in Germany. 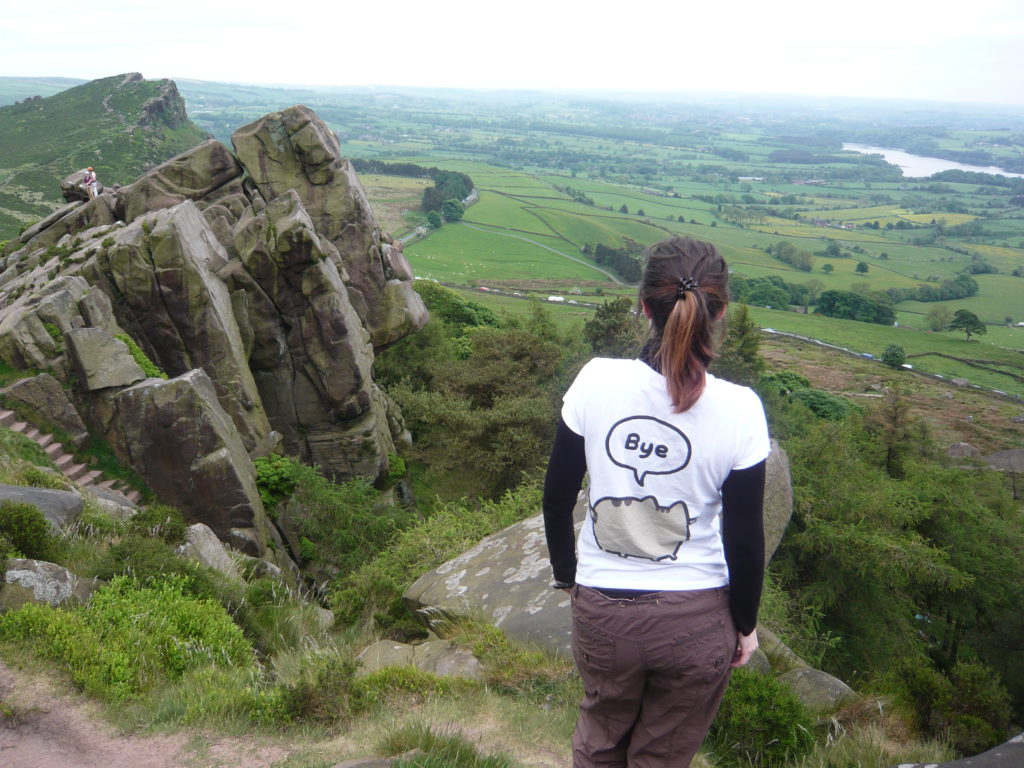 Next, we came to Doxey Pool, a small pool along the top path. Legend has it that a mermaid called Jenny Greenteeth lures people to a watery grave here. We played around balancing on rocks around the area for a bit. We felt a bit safer knowing there wasn’t a huge cliff edge beyond them. My legs completely go to jelly any time that I see Amy going near the cliff edge. Some of the rocks have very interesting textures. We were barely following the route still, but hadn’t even reached the trig point yet. We worried that we might have missed it, but eventually we saw it in the distance. There are lots of little arrangements of rock piles around the area. They reminded us of a mini Cappadocia. 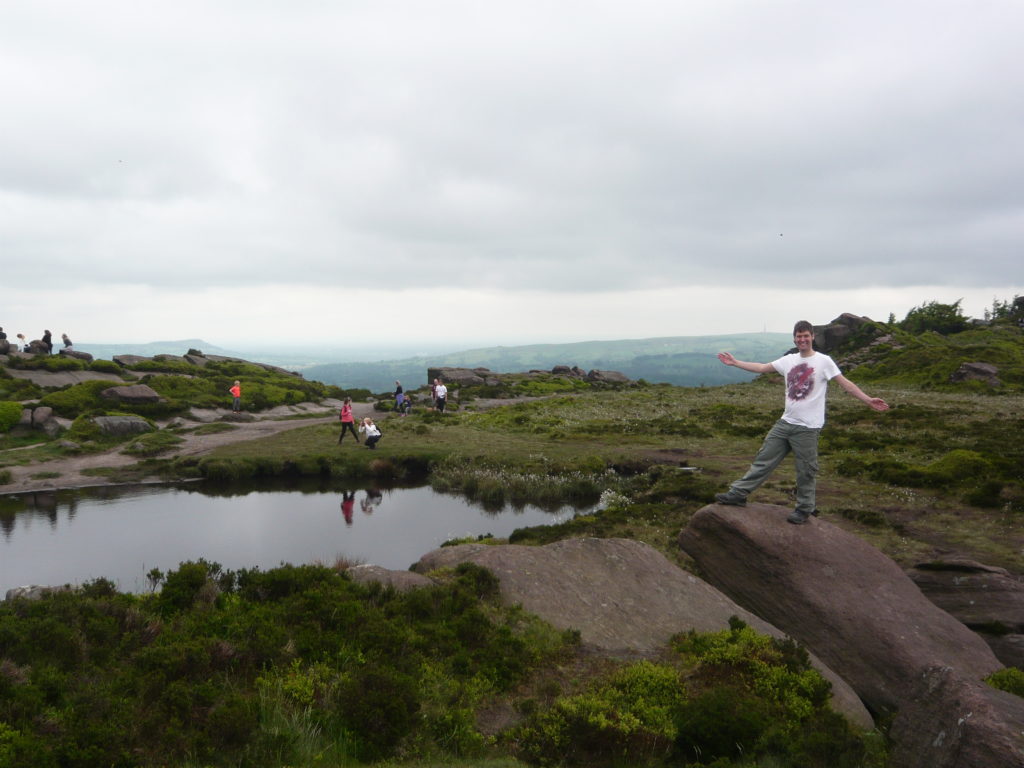 The Roaches offer a fantastic, free day out

Further on, some of the rock formations are fascinating. Most are absolutely huge pieces of rock, and many are worn away in distinctive formations. Eventually, the path starts to head down from the rocky ridge, towards the country road. Our original route had us doing a figure of eight including Lud’s Church. However, Amy’s thighs were starting to hurt her, and it was around 4pm. Therefore, we headed back. It was a very long walk back to the start via the country road. We passed lots of sheep, a very inquisitive horse that was more than happy for us to stroke it, and a hee-hawing donkey. 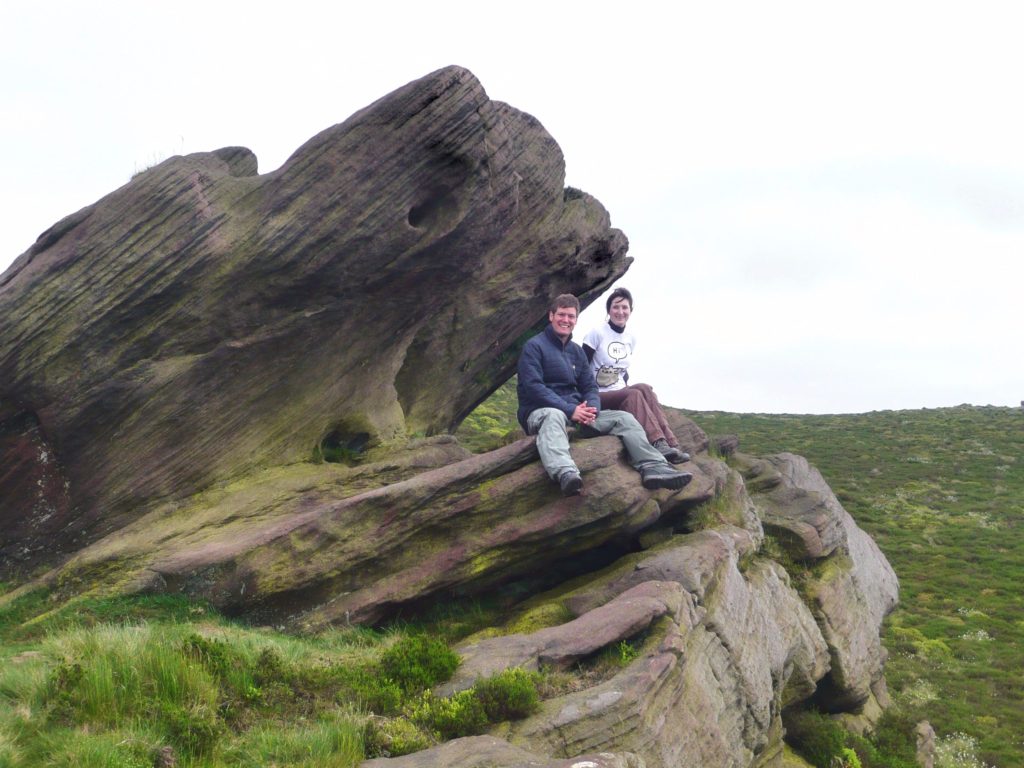 It was a fantastic day out at the Roaches, and we highly recommend a trip there. The views are sensational, and there is lots of interest to see. You could easily spend a full day exploring the area. We spent over four hours walking from one side of the ridge to the other, and back along the country lane. Of course, we did explore a few nooks and crannies. There is a lot more besides to see if you have time. Another popular thing to do is to walk across to Lud’s Church. It is rumoured that Friar Tuck himself worshipped from there. If you are planning a trip to the Peak District, we think it is well worth a visit. 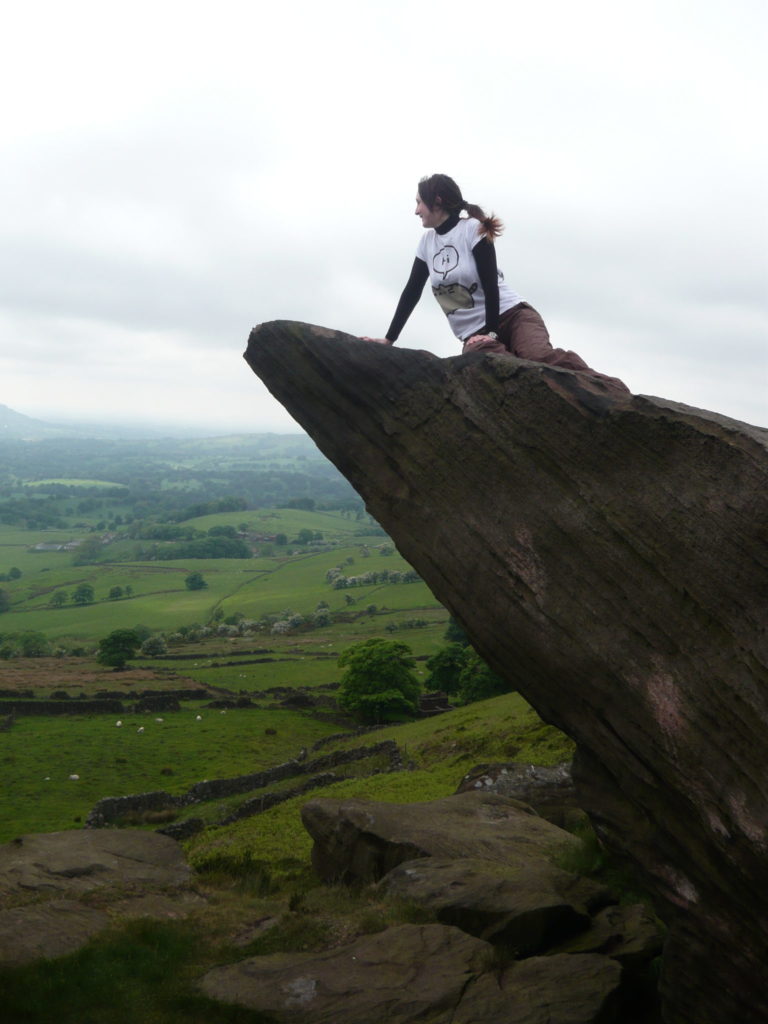 Have you been to the Roaches? Are there any similar areas in your part of the world?