Our travel guide to Birmingham, England will have you packing your bags and heading to England’s second largest city. Why wouldn’t you want to visit the home of heavy metal, JRR Tolkien, Cadbury chocolate, and the Balti? We are lucky to be from a city only an hour away from Birmingham, so know the city very well over hundreds of visits. A visit here is highly recommended for a mixture of history, fun, and world class entertainment. 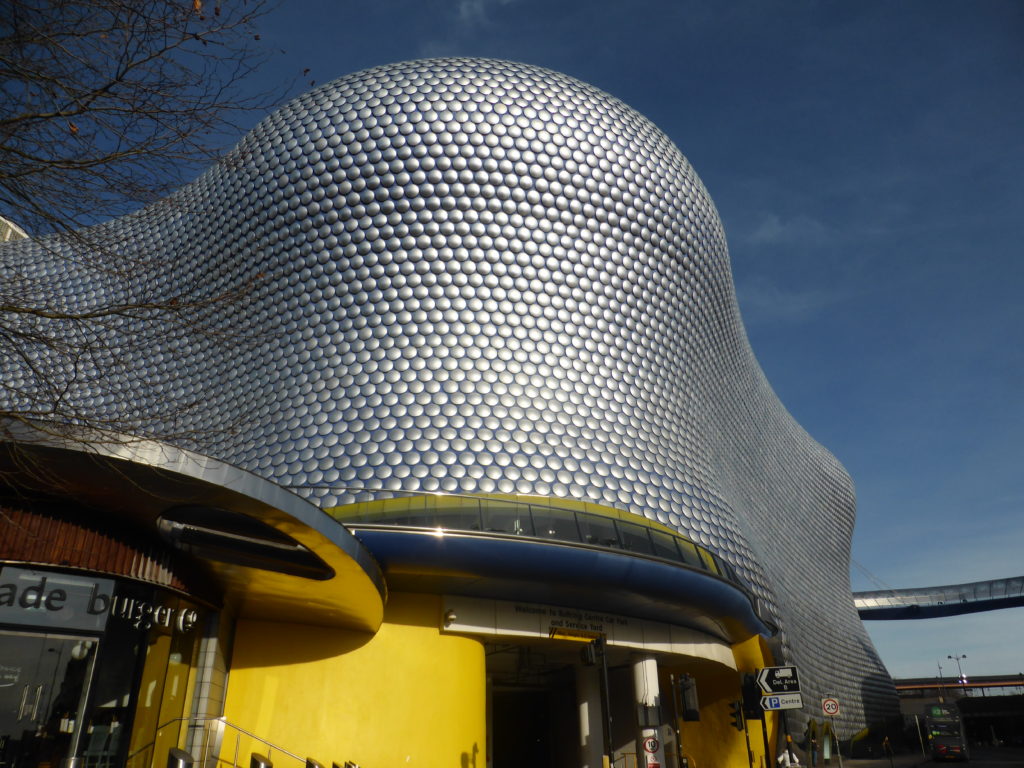 THINGS TO DO IN BIRMINGHAM

Library of Birmingham – Looking like a huge pile of gift-wrapped presents, this library opened in 2013, having cost nearly £200 million. The inside is just as striking. It is now the largest cultural space in Europe, and an incredible place to visit. There is no charge to enjoy the views from its numerous viewing platforms. As well as an amazing 800,000 books, you can see Britain’s top Shakespeare collection in a gorgeous Victorian room. It was reconstructed on the top floor of the new library, having been in the previous one! 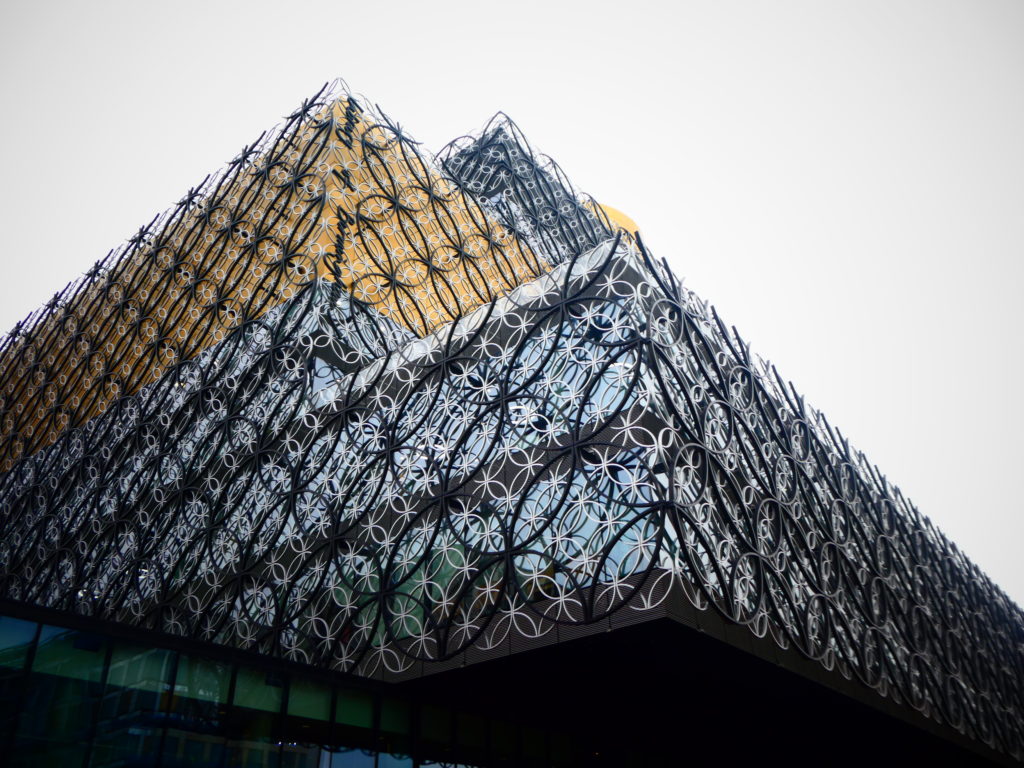 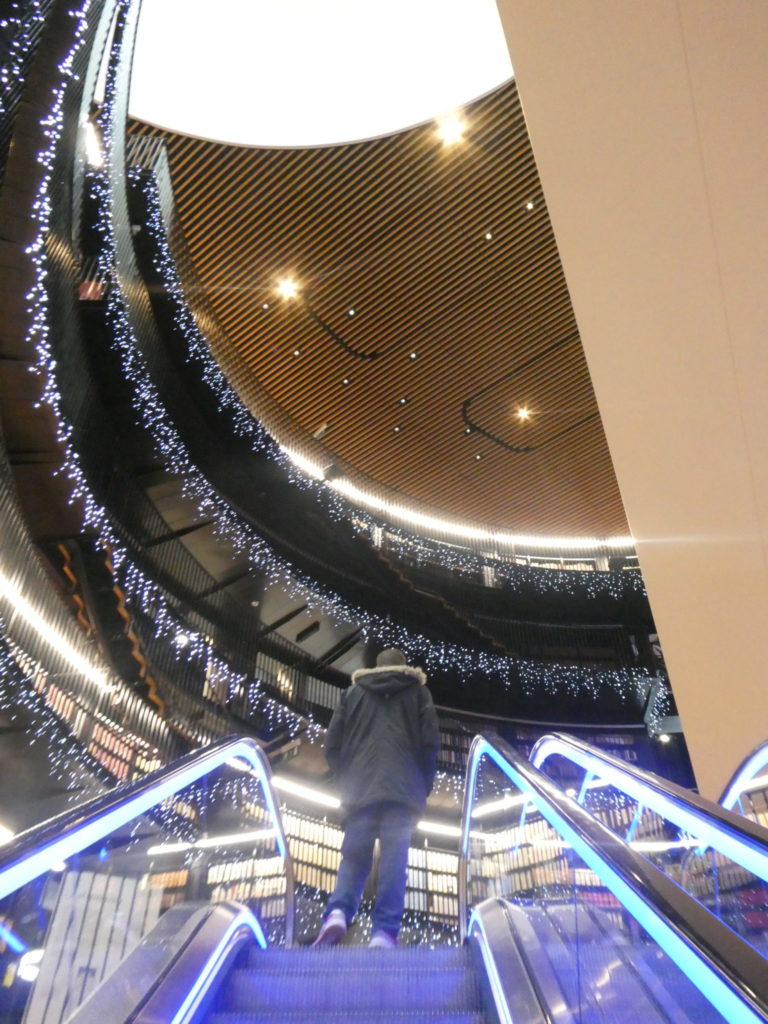 Live Music and Theatre – We are always in Birmingham watching live music, and it is a compulsory stop for all of the world’s top touring artists. For the largest names, check out the Genting Arena or Arena Birmingham. You will find other big names at the 02 Academy and HMV Insititute. The Jam House is a great place to see a top act from yesteryear, whilst The New Alexandra Theatre shows the very best touring West End shows.

Birmingham Museum & Art Gallery – Housed in a stunning old building, this extensive and free museum offers something for everyone. Art lovers will adore the world’s finest collection of Pre-Raphaelite art. Lovers of ancient history will be well catered for also, with rooms dedicated to Ancient Egypt, and other ancient empires. The Staffordshire Hoard, the largest Anglo-Saxon hoard of gold ever found, is partially displayed here. Of course, you should check out the history of Birmingham, with fine galleries charting its progress through the years. 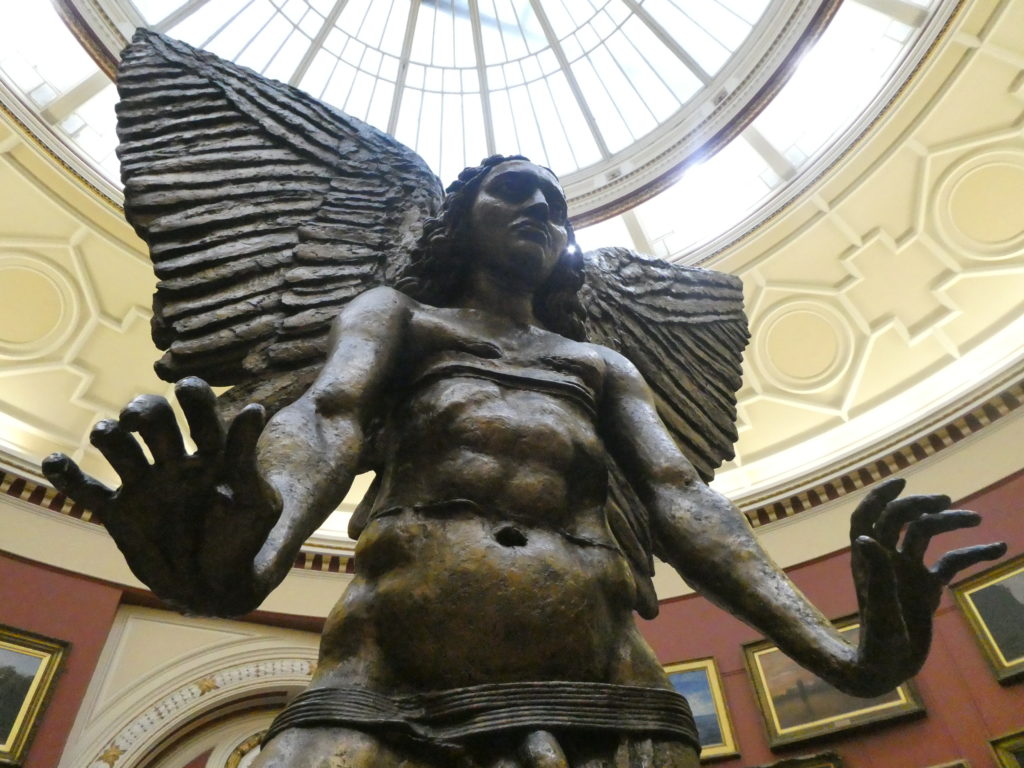 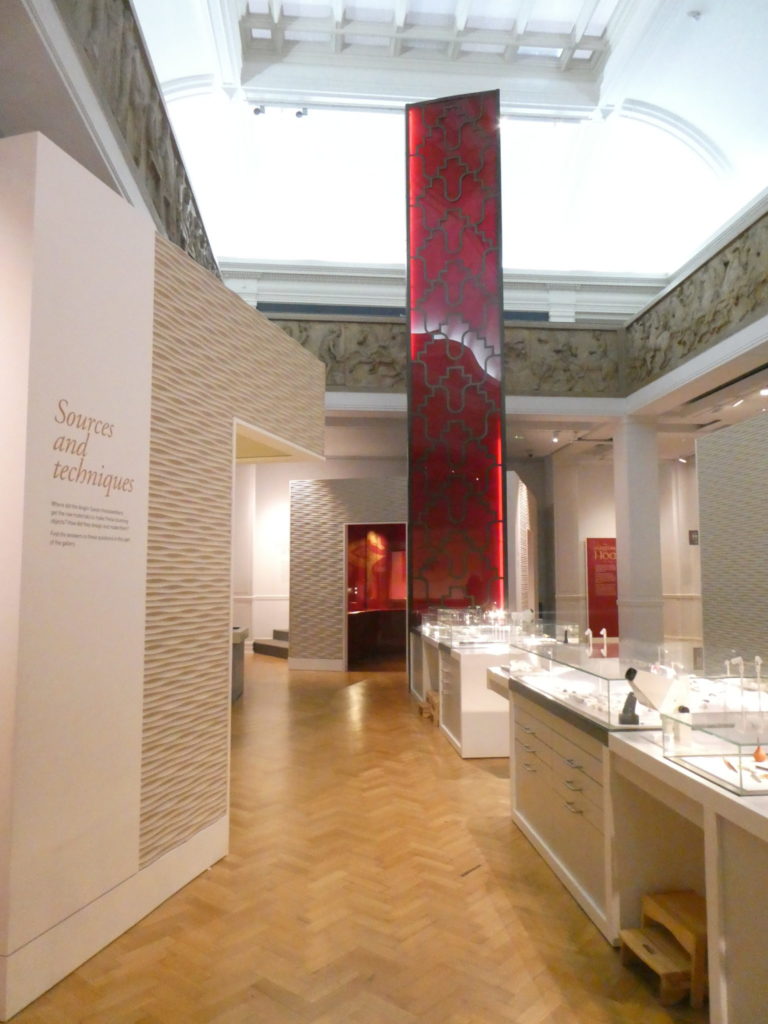 See a football match – Birmingham has two of the oldest professional football teams in the world, Aston Villa and Birmingham City. Unfortunately, despite grand histories, neither team is currently in the Premier League. However, both grounds, particularly Villa Park, are impressive. It is well worth seeing if one of the two teams are playing at home during your stay, and going to watch a live match. 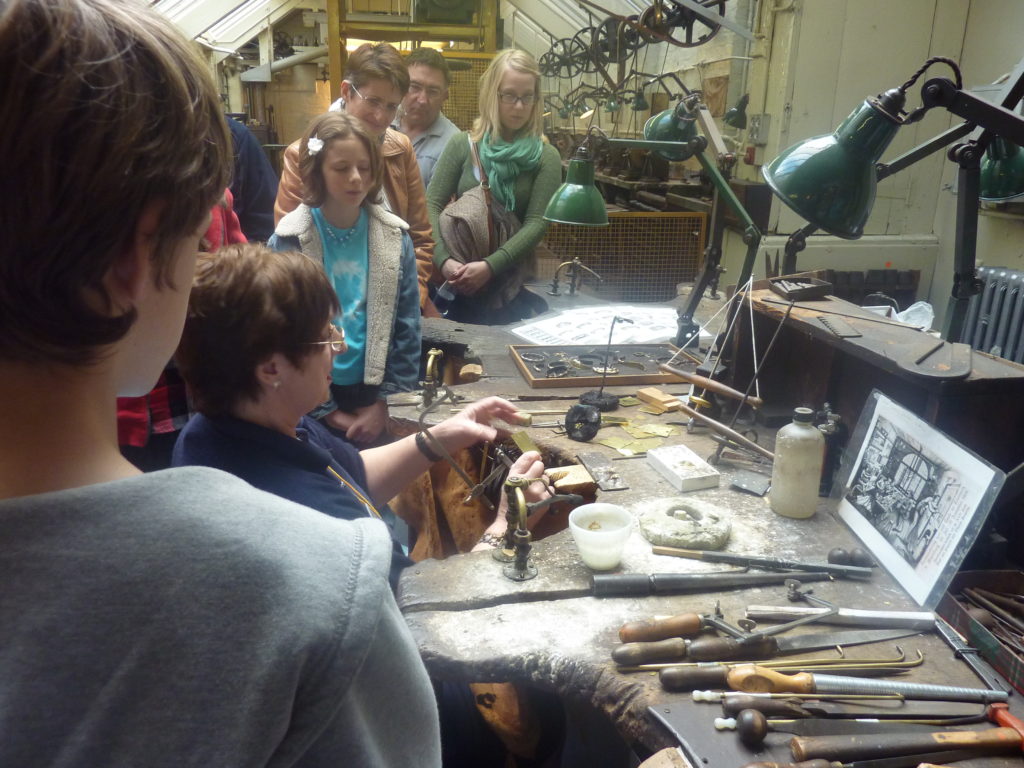 Cadbury World – You can visit the home of the world-famous Cadbury chocolate factory! You can take a self-guided tour around the factory, and explore its many chocolatey zones. You can do everything from learn about the history of chocolate and the company, to seeing a 4D movie and experiencing the chocolate being made! Plenty of hands-on activities will keep you entertained.

Thinktank – This mightily impressive science museum contains some truly amazing artefacts, from a Spitfire plane to the oldest working engine in the world. There are over 200 hands-on activities over its four floors, with themes going from the past, to the present, to the future. An impressive purpose-built planetarium will delight stargazers. 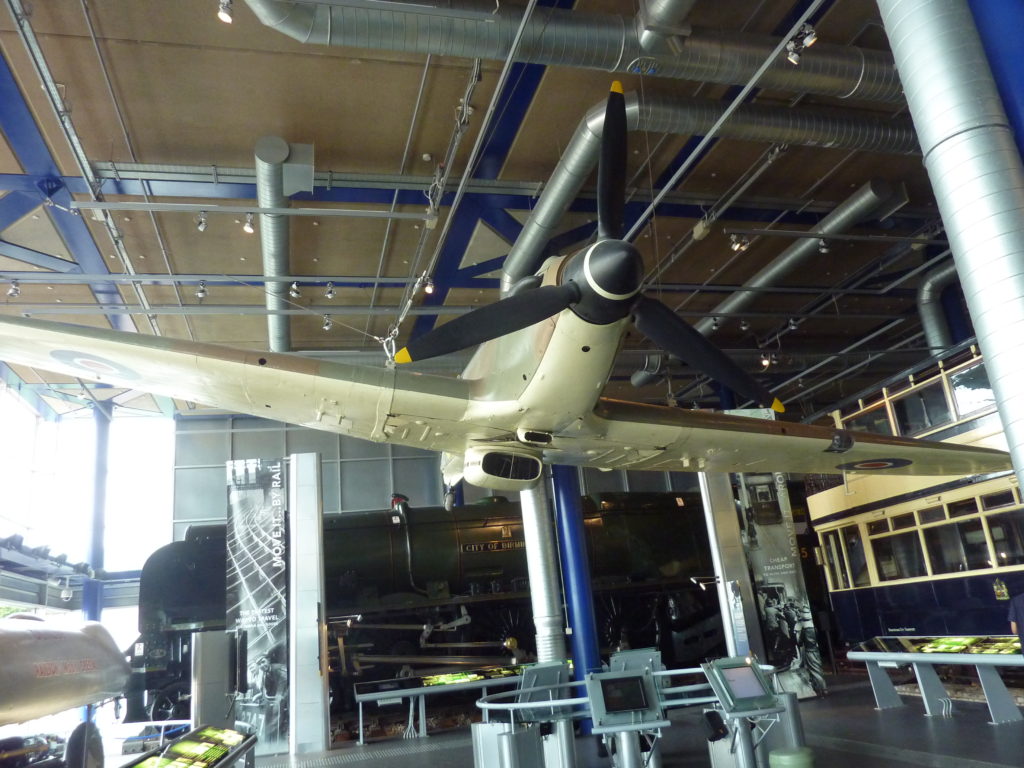 Gas Street Basin – Birmingham has more canals than Venice, and you can’t overstate its importance to the Industrial Revolution. One of the busiest hubs is the Gas Street Basin, which is a lovely area to take a stroll away from the city centre crowds. You’ll find tranquility, colourful canal boats, and plenty of classy bars and restaurants here. 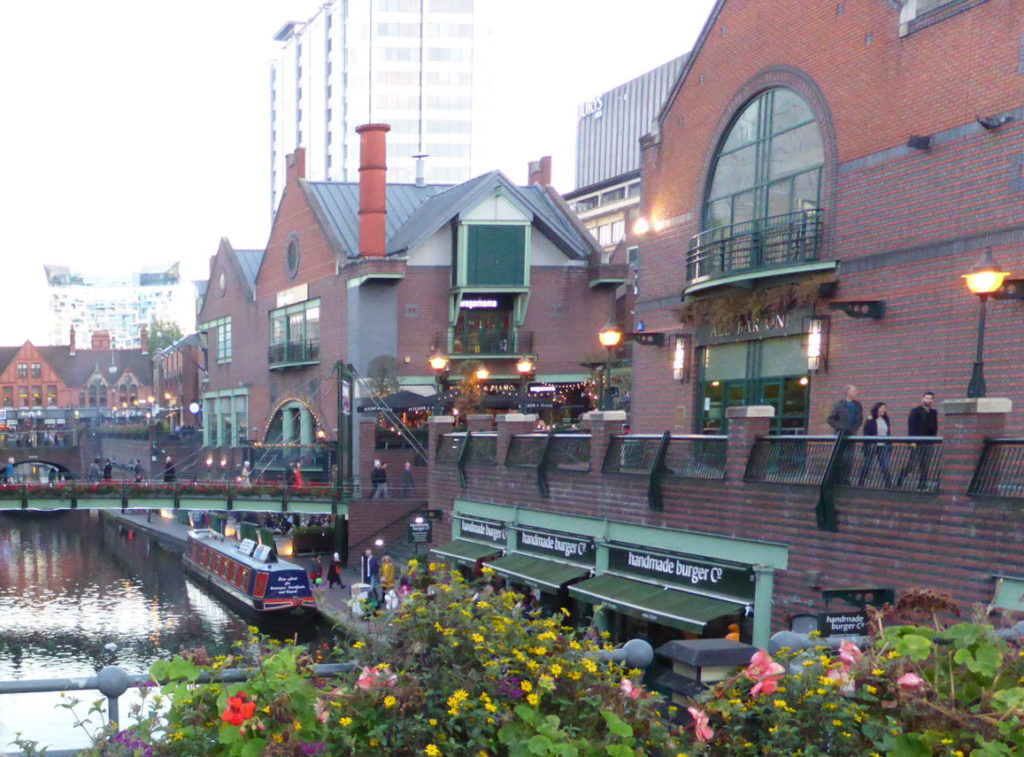 National Sea Life Centre – This amazing aquarium contains a one million litre ocean tank, where you can see sea turtles, blacktip reef sharks, and tropical fish. You can see it best whilst walking through the UK’s only fully transparent 360 degree underwater tunnel. The designer of its iconic building is Sir Norman Foster, whose works include The Gherkin in London. Don’t miss the superfast gentoo penguins. 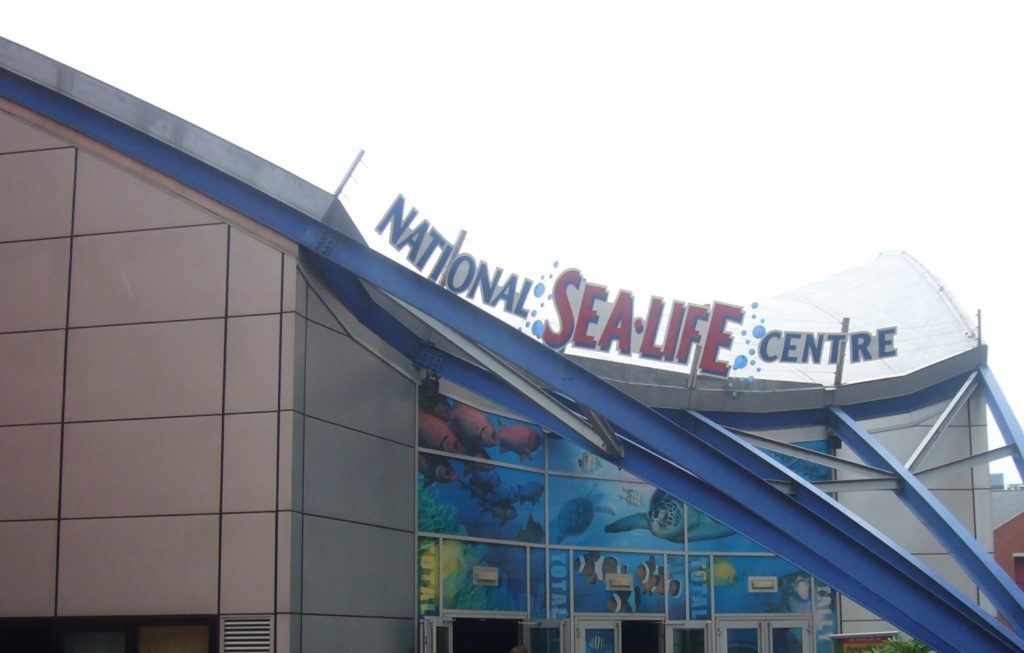 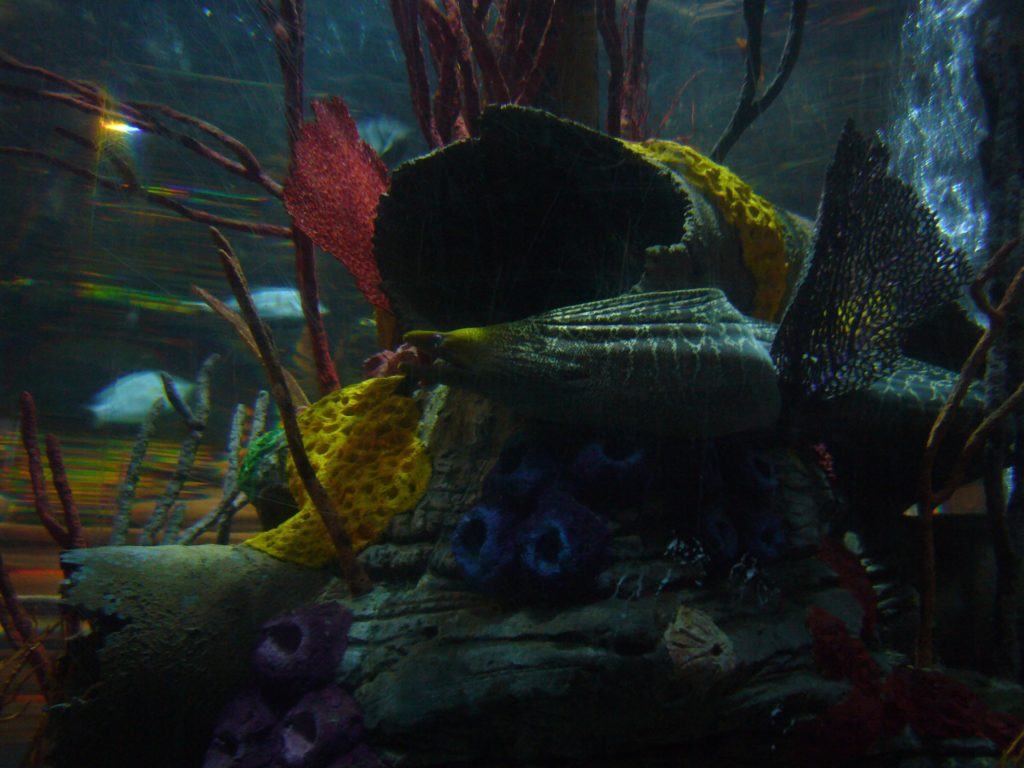 Birmingham Botanical Gardens & Glasshouses – 15 acres of romantic gardens to stroll around. It reminds us of a Victorian style park, with a bandstand and large lawns. However, it is full of important plants, which include the British Bonsai Collection. You can also find many exotic birds in the gardens, and watch a concert in the bandstands on Sunday afternoons.

The Bullring – One of the world’s most iconic shopping centres, The Bullring is a shapely building covered in shiny aluminium discs, and inspired by a sequinned dress. Inside, you’ll find every possible item you could possibly wish to buy. There are also many impressive artworks around the centre, including the famous Bull sculpture which every visitor must have their photograph taken next to! 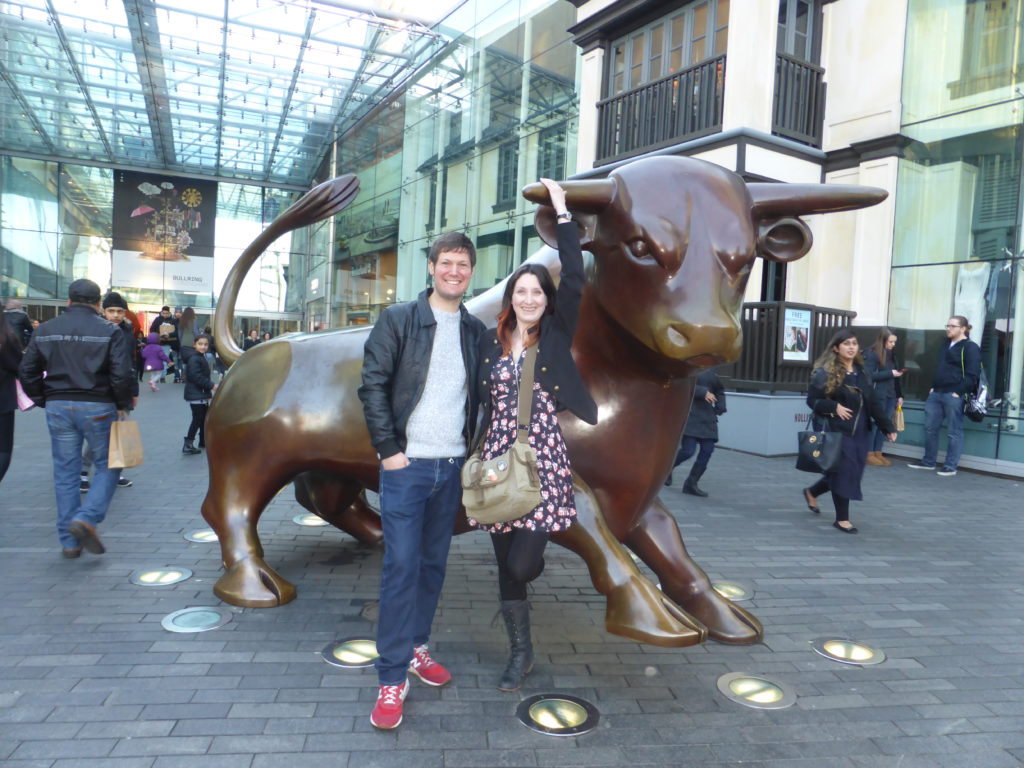 Nightlife – Birmingham is famous for its nightlife. Indie fans should definitely check out Propaganda on Friday nights at the O2 Academy. It is the UK’s biggest club night! For great drinks, and a lively atmosphere, we recommend Malmaison, and Island Bar. Its tiki bar is the perfect place to get a fruit cocktail from!

Bacchus Bar – For a quieter drink, don’t miss this bizarre place, in the basement of the Burlington Hotel. Its quirky interior is inspired by the worlds of Ancient civilisations, and decor includes an Egyptian tomb, library, and even a four-poster bed! 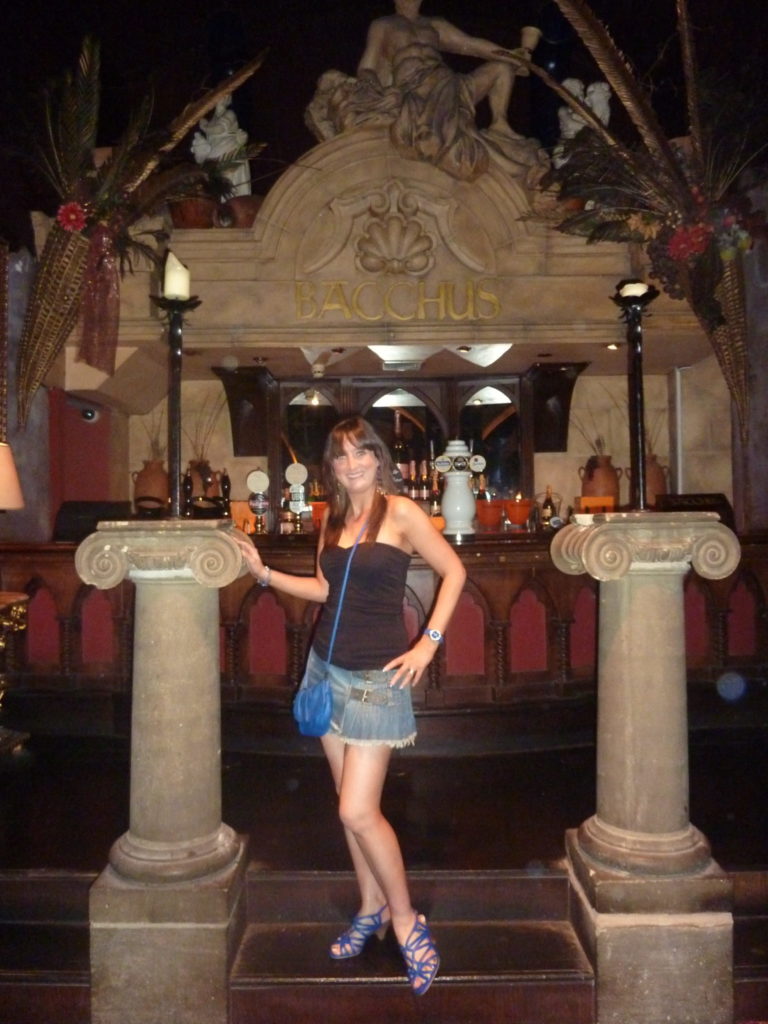 Jewellery Quarter – Europe’s largest jewellery trading area produces around 40% of the UK’s jewellery. There are showrooms galore to explore and buy some top of the range jewellery. You can do this in the knowledge that you are buying from the area that has advanced the craft of jewellery making in many ways, and holds the world’s largest Assay office.

Away 2 Canal – You know about how historic Birmingham’s canals are. How about taking a canal boat ride on them? Away 2 Canal offer one hour return trips, which take you through some of the most important areas into the surrounding countryside. The relaxing boat ride contains commentary and a bar. 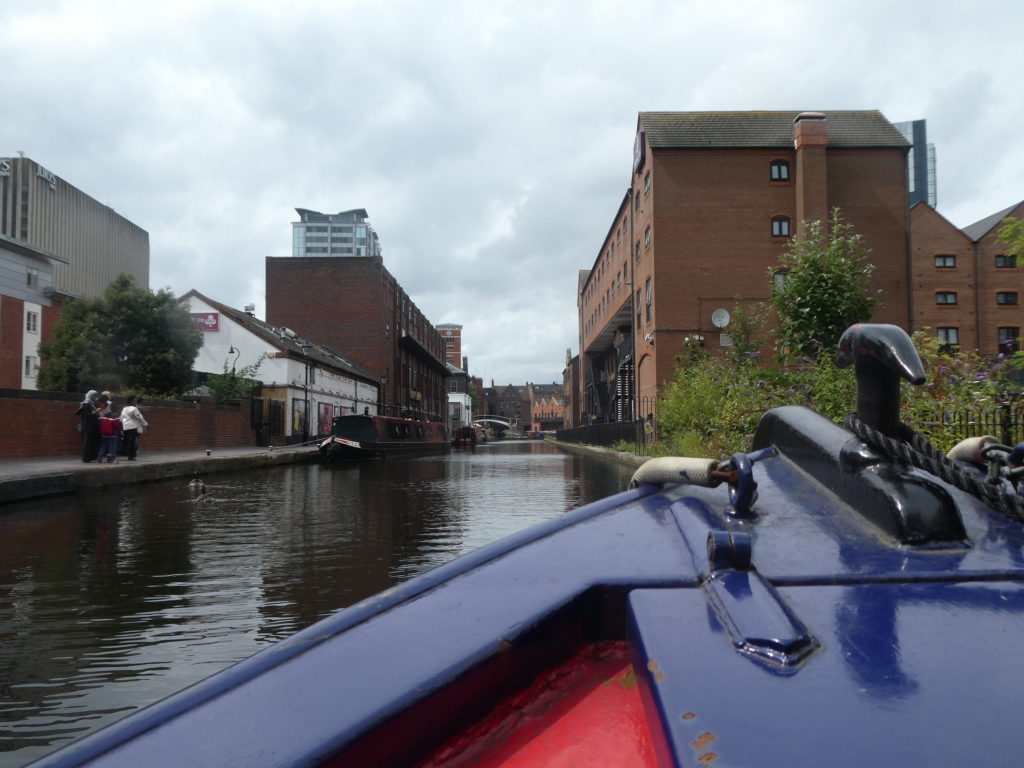 NEC – The UK’s largest exhibition centre always has an impressive show or two on. It has twenty exhibition halls, and also hosts the Genting Arena. Perhaps the most famous at the NEC is the world’s top dog show, Crufts. We’ve seen events here ranging from Top Gear Live and the Classic Car Show, to Miniatura, which makes the whole world in miniature.

Celebrate Eid in Small Heath Park – Europe’s largest Eid celebrations are held in Birmingham. They attract over 100,000 people and are a sight to behold as they join the communal prayers. Non-Muslims are made very welcome, and you can see our blog post to see our experience if you are skeptical. 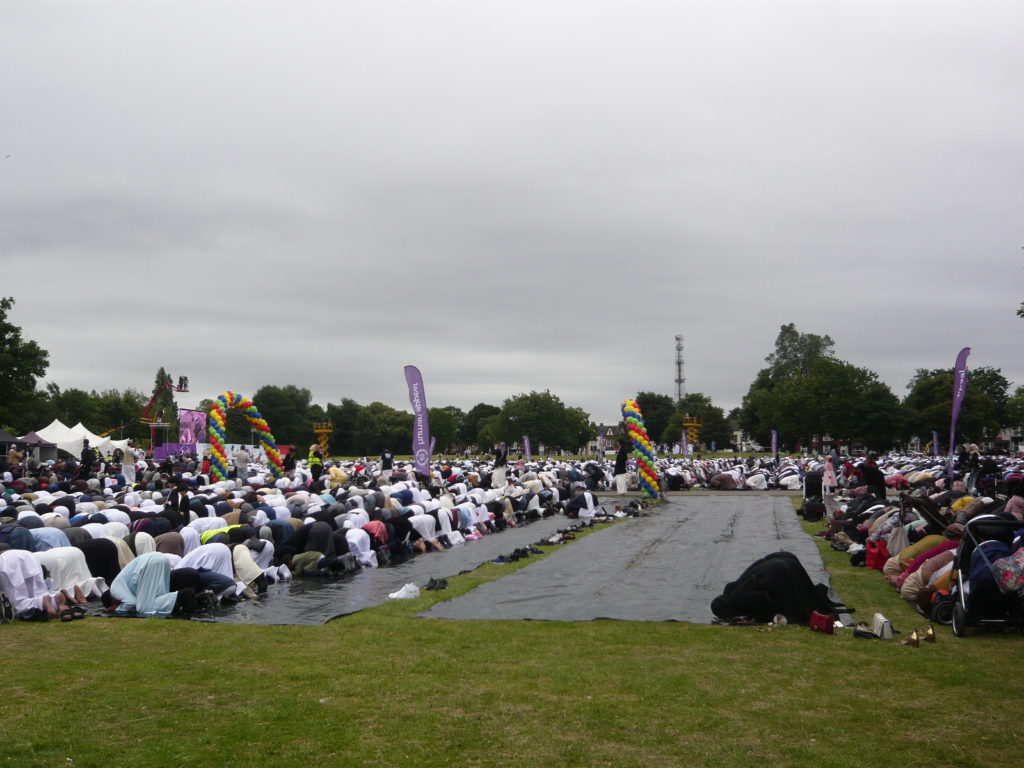 Sheldon Country Park – For one of the best plane spotting locations in the world, head to Sheldon Country Park. As well as being a great outdoors attraction in itself, the park is right next to the Birmingham Airport runway. There are insane views of the landing aircraft. It is a great place to lie back on the grass and watch the planes pass right over your head. 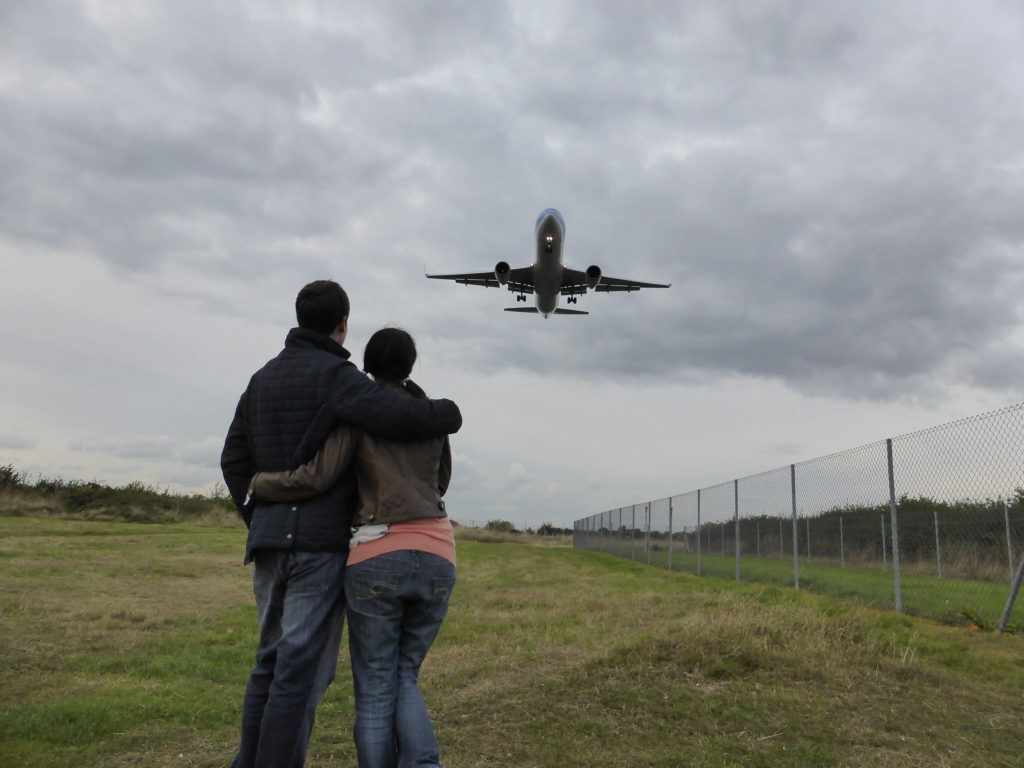 HOW TO GET TO BIRMINGHAM 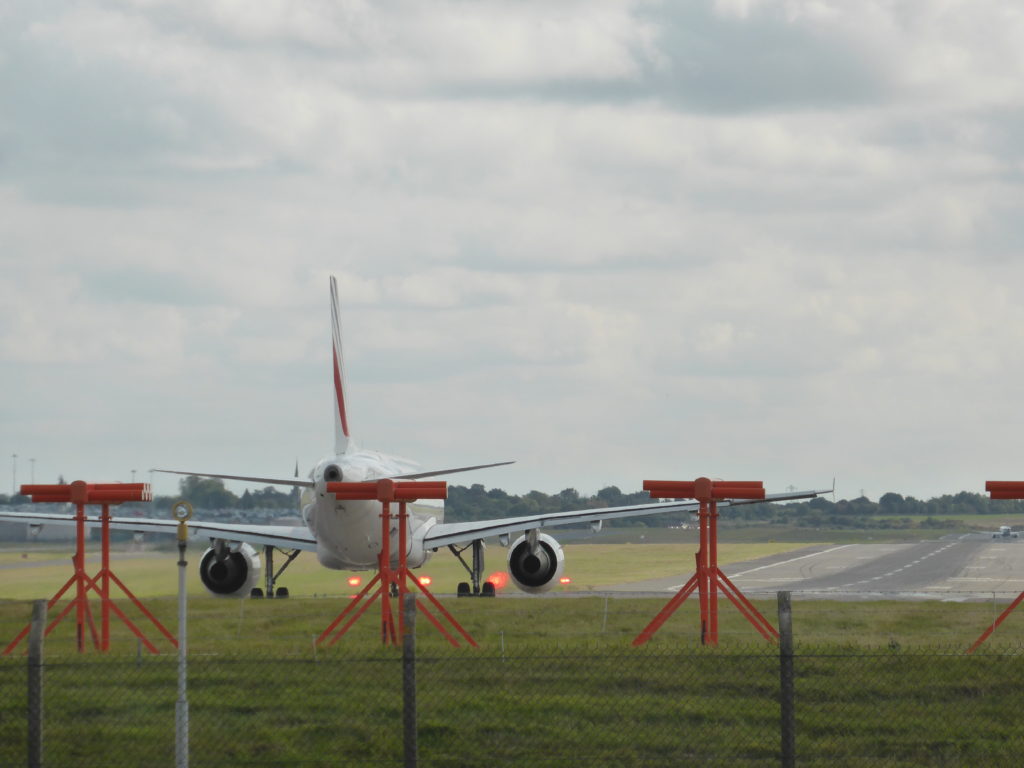 From overseas? Birmingham Airport is a major airport, with connections from many European airports, and a few further afield. To compare flights from your location, check Skyscanner.

By train? Birmingham New Street Station is one of the UK’s busiest and most impressive train stations. You can get to Birmingham on train from all over the country. Check Network Rail for timetables and prices.

By coach? Coaches come to Birmingham Coach Station from all over the UK. The main companies are National Express and Megabus.

By car? Whilst Birmingham can be rather stressful to drive in, it is well connected to the rest of the UK via many different motorways. If you would like to compare car hire prices, check Skyscanner. 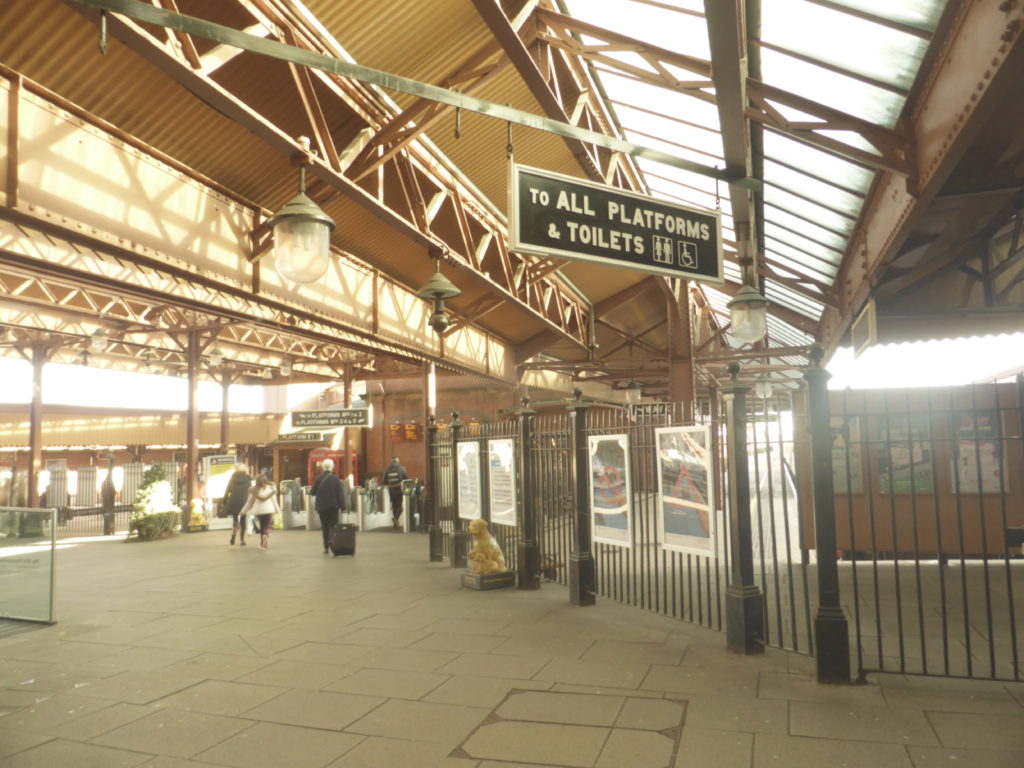 Luxury? Staying Cool at the Rotunda is a stylish and photogenic serviced apartment right next to the Bullring. The views from the floor to ceiling windows and king size beds will combine to make for a memorable stay. Book now on Booking.com.

Burlington Hotel is a classic Victorian hotel right in the heart of the city centre. They even provide you with bottled water from their very own underground spring! Book now on Booking.com.

Special occasion, and for British cuisine? Adam’s is a contemporary, fine dining establishment offering the very best in modern British cuisine. It is the proud holder of a Michelin star, with prices to match.

Want to eat by the canalside? Ju Ju’s Cafe is the best choice for panoramic views of the canals. It is one of the friendliest restaurants that we have eaten at. Don’t forget to get your photo taken with Charlie the Unicorn! 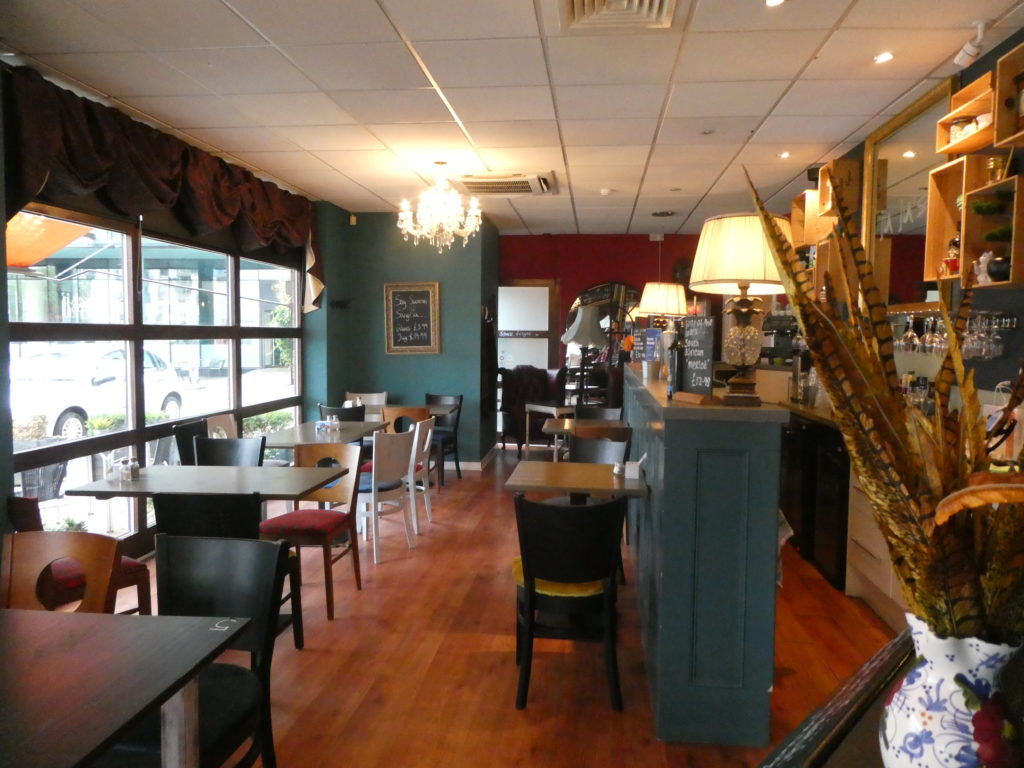 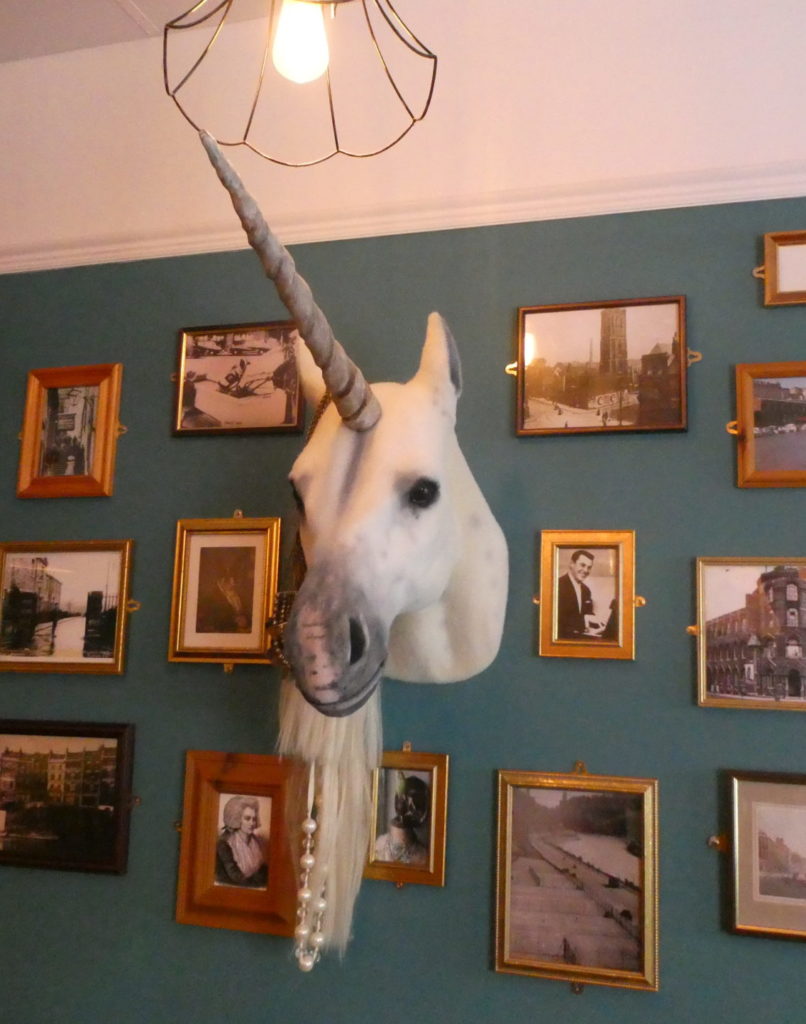 Cheap eats? There are many, many options for a cheap and cheerful meal in Birmingham, due to its large student population. Fast food chains, takeaways, and sandwich shops are abundant.

OTHER TIPS FOR YOUR TRIP TO BIRMINGHAM

How to pronounce Birmingham? Americans take note. Birmingham, England is pronounced Birming-um NOT Birming-ham. You can always just called it Brum, as the locals do.

Birmingham is the birthplace of heavy metal music. Black Sabbath hail from the city, which is also associated with Led Zeppelin and Judas Priest. The city is also the home of many, many other world-class musical acts, from The Moody Blues, and ELO, to UB40 and Duran Duran.

The best time to visit Birmingham is between April and September. However, due to the UK’s mild climate, you can visit year-round. 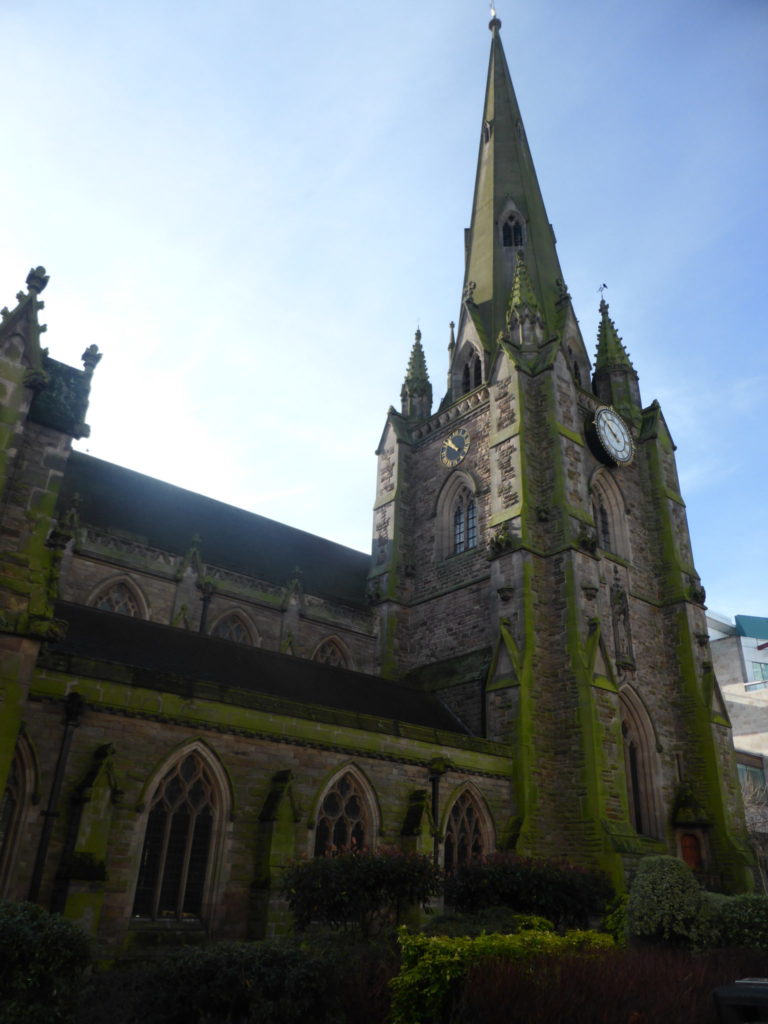 Nearby places worth visiting after your trip to Birmingham, which can also be done as day trips, include Stratford-upon-Avon, Ironbridge, Stoke-on-Trent, Warwick Castle, Drayton Manor Theme Park, Coventry, or even London.

Despite its modern appearance, Birmingham dates back to Anglo-Saxon times. Much of the city was heavily bombed during World War II. As a result, many poor quality buildings were built to get the city back on its feet. There are still lots of examples of this, but work to replace the buildings with iconic structures fit for the 21st century goes on at a decent pace. 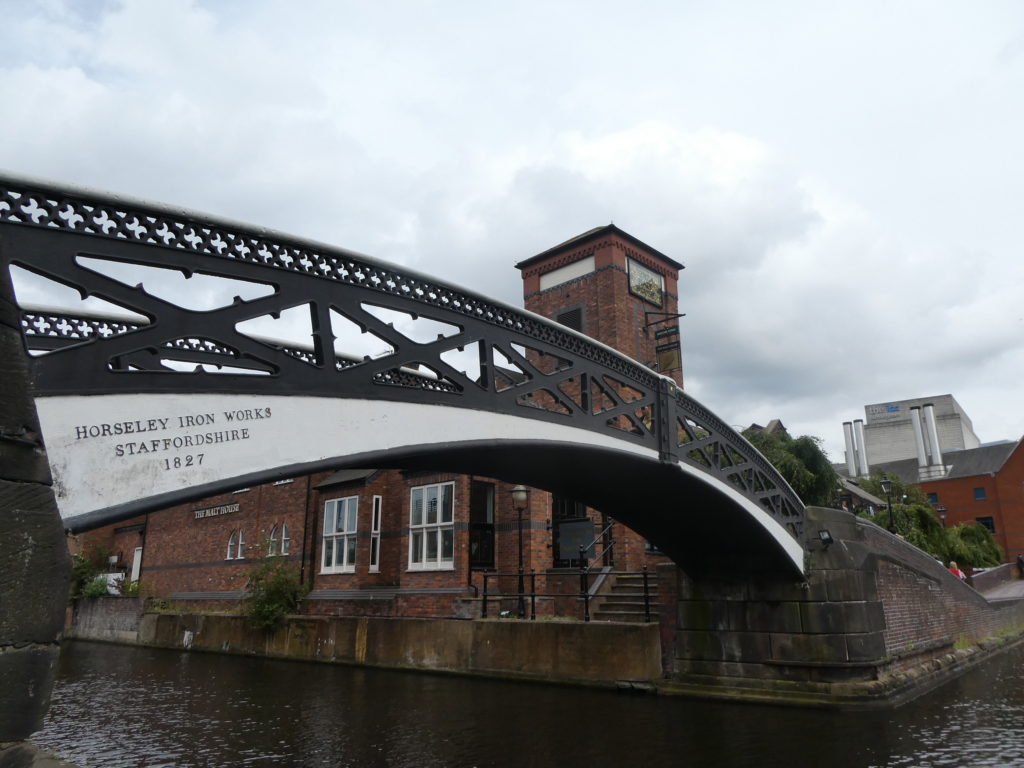 You should allow at least three days to see Birmingham’s highlights. Many of them are major attractions that will each take up a deal of time, not just a quick photo stop.

Has this travel guide to Birmingham helped you to plan your trip? Anything else that you would like to know? 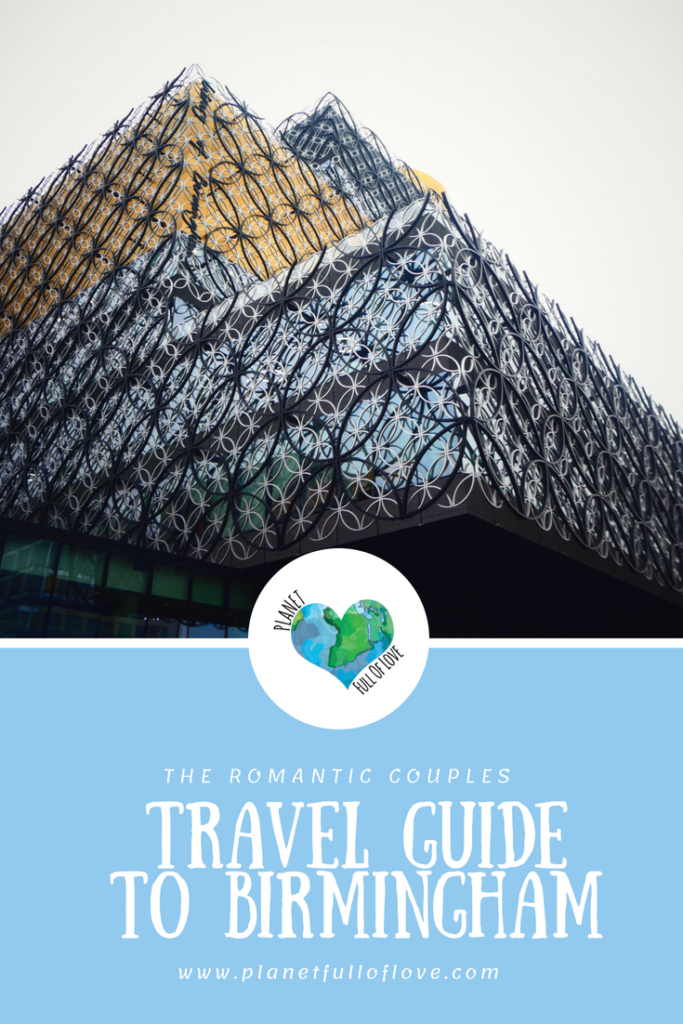