A night of symphony at the Romanian Athenaeum

During our stay in Bucharest, we were delighted to accept an invitation to see the George Enescu Philharmonic Orchestra at the sensational Romanian Athenaeum. Romania’s most iconic entertainment venue, the Athenaeum is as important to the country’s culture as Dracula and Dacia cars. The majestic building  is not just for show, however. It is the home of the George Enescu Philharmonic Orchestra. Founded in 1868, the world renowned orchestra have had this iconic home for well over 100 years. 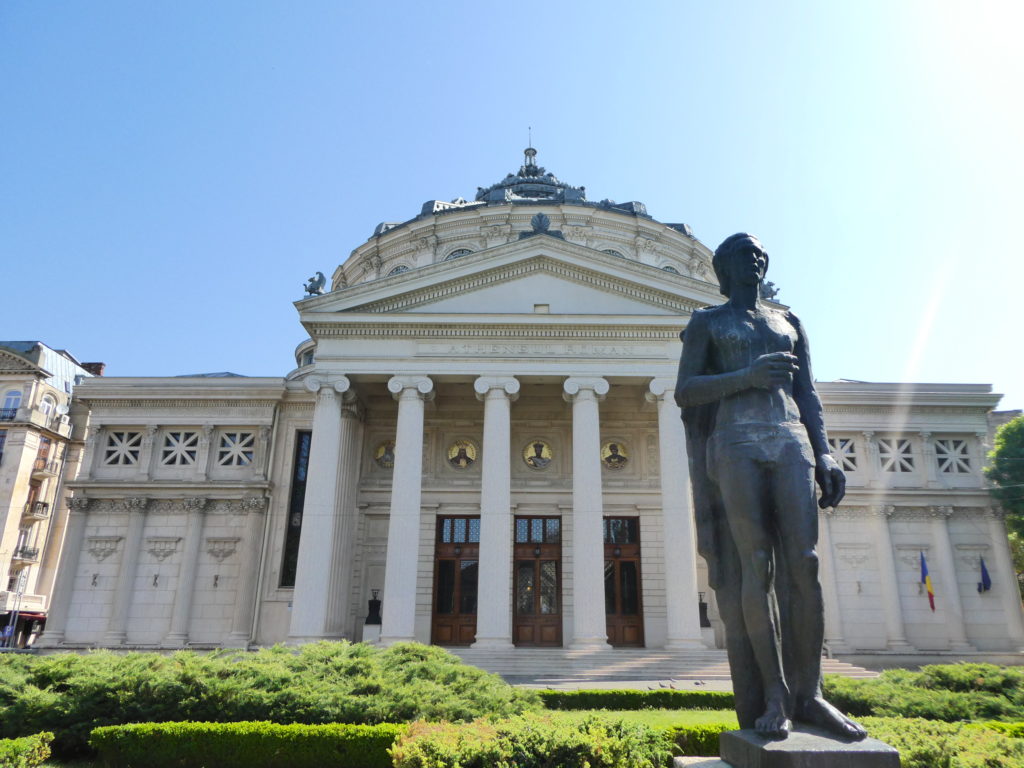 The Romanian Athenium was built in 1888, and has always been close to the hearts of the local people. In fact, it meant so much to the people of Bucharest to have this cultural institution that they donated money to fund its construction. A popular fundraising drive was set up, with the tagline ‘donate one leu for the Ateneu’. 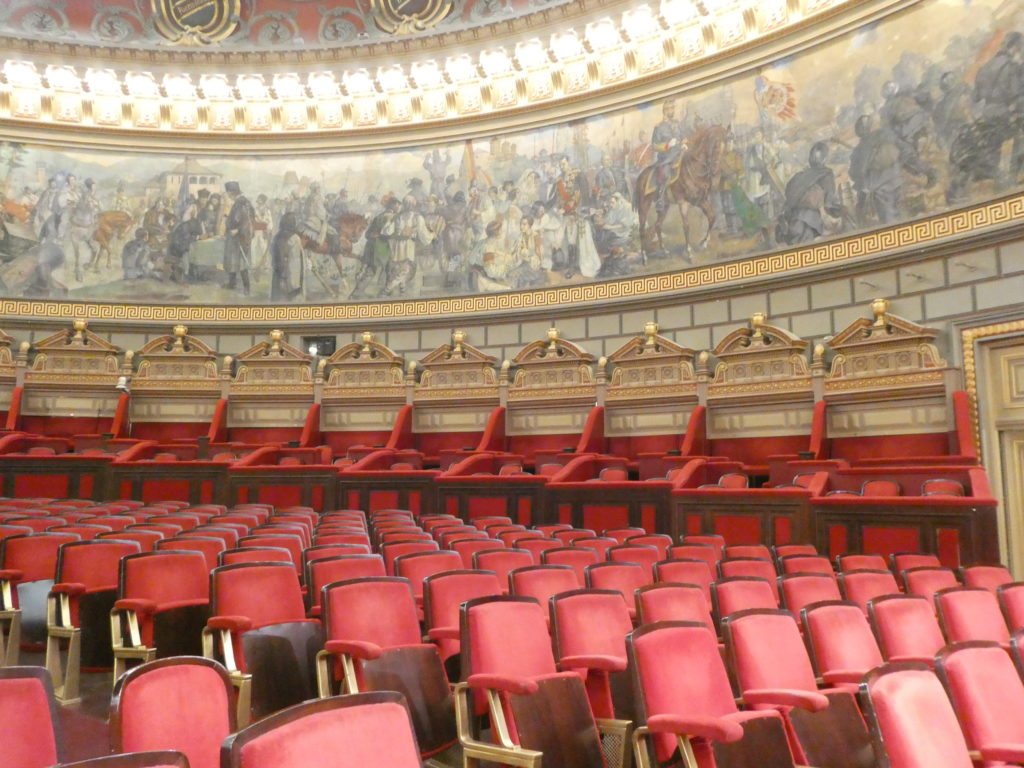 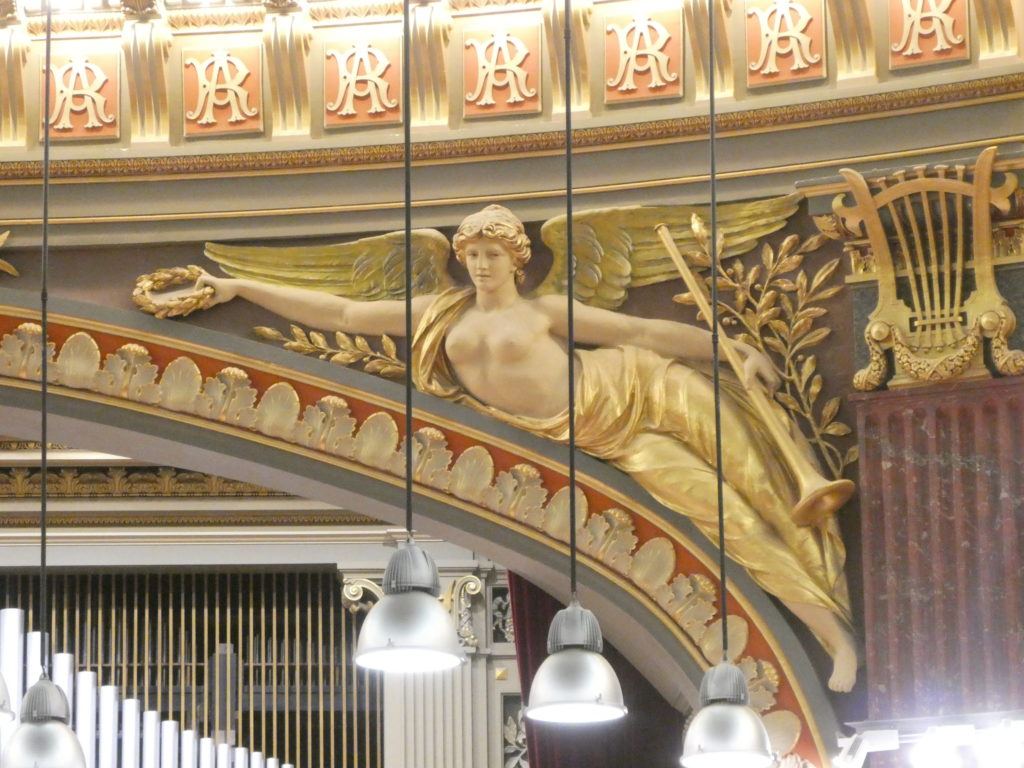 The Athenium also has a place in world history. It was here that various regions joined together to form Greater Romania in the inter-war period. Although 130 years old, the building had a thorough renovation in 1992. This came just after Romania emerged from decades of Communist rule. The neo-classical building is a must-see on any tour of Bucharest, and its delightful gardens are a great way to spend a sunny afternoon. 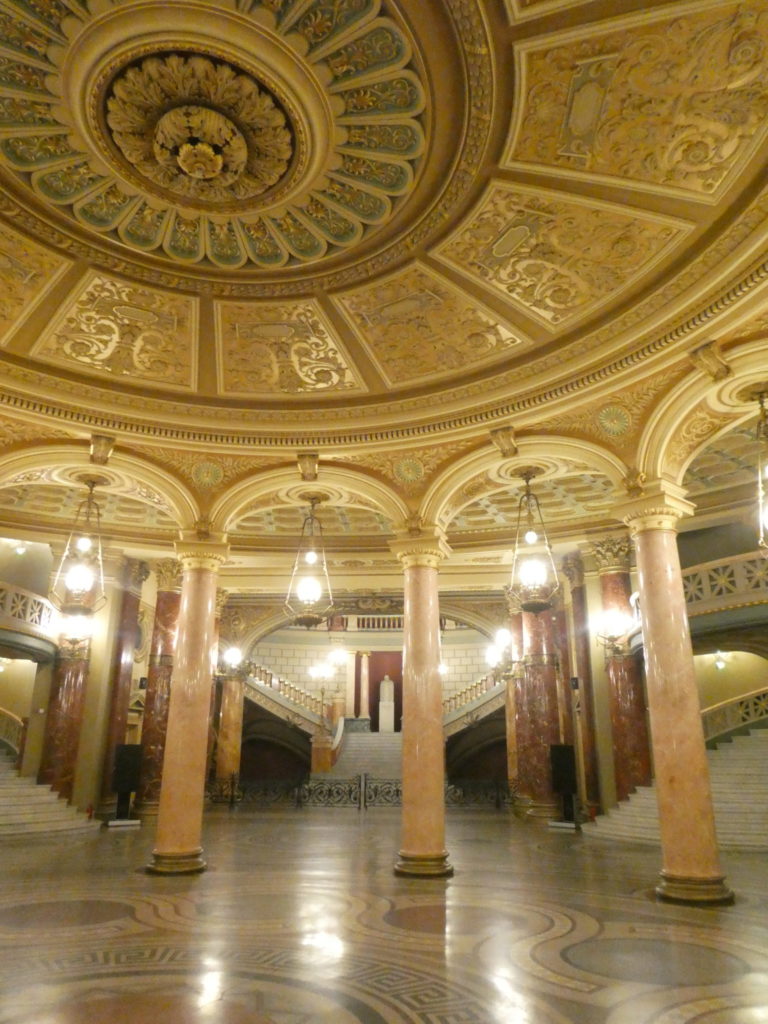 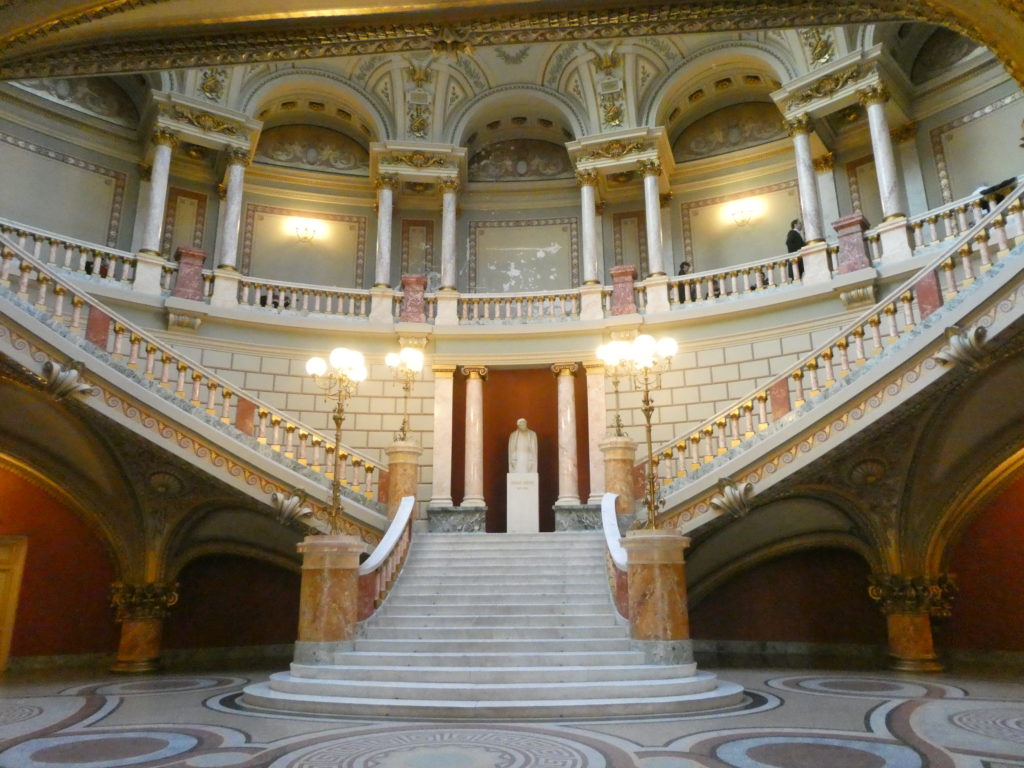 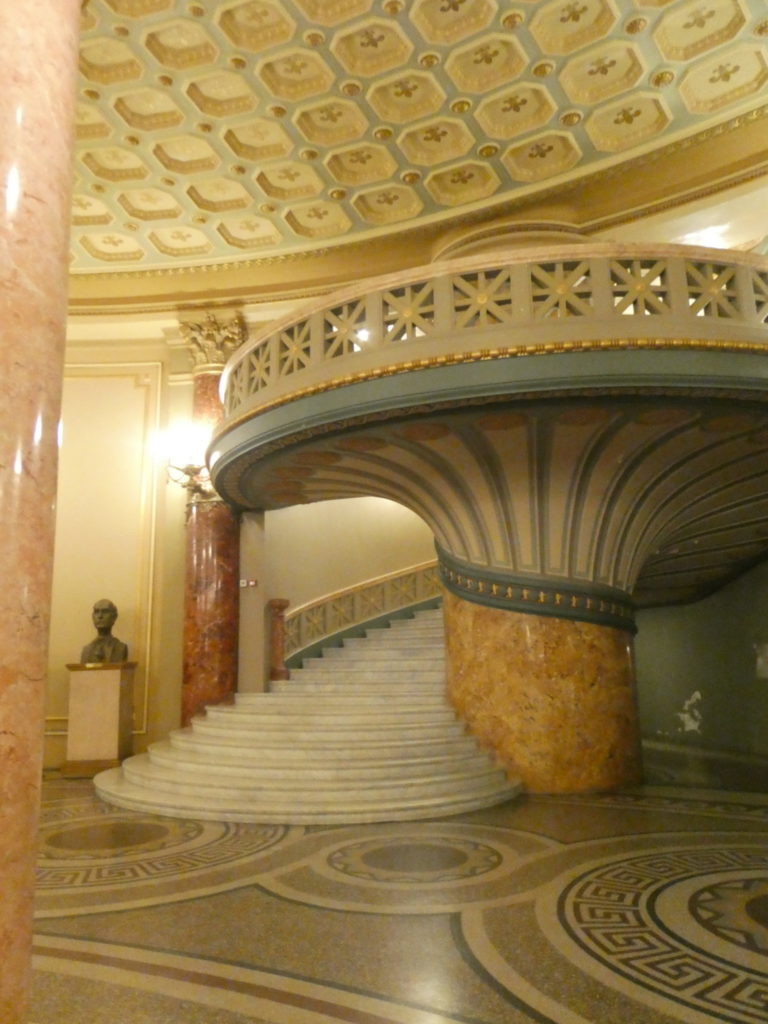 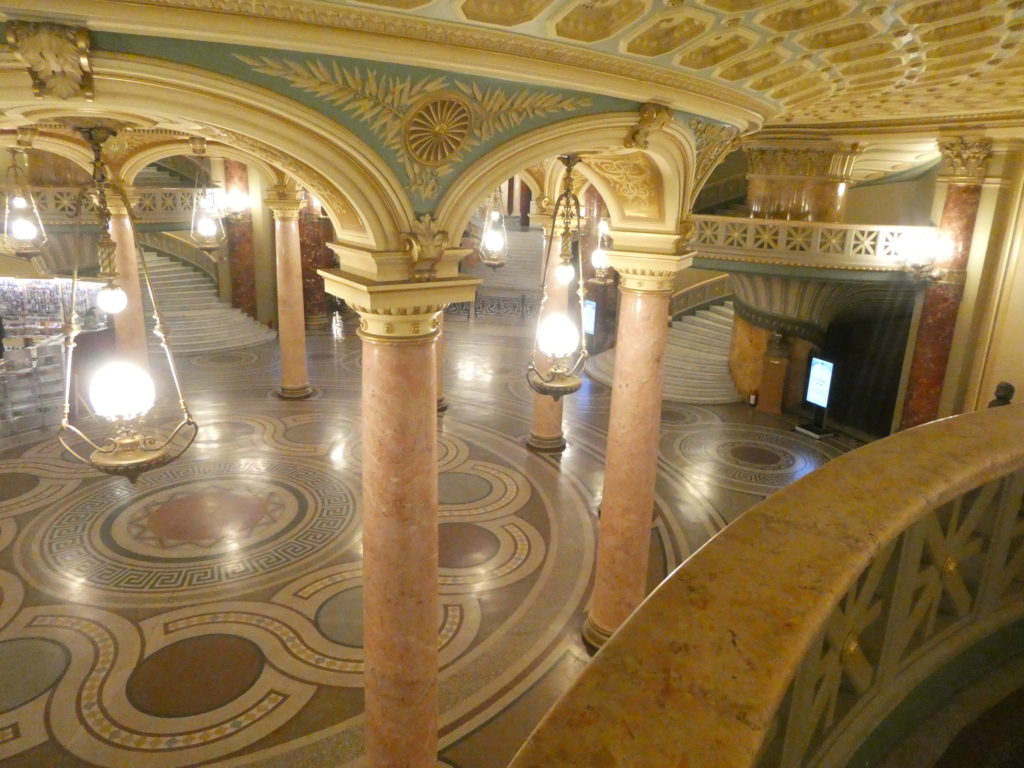 Get tickets. it is totally worth it!

However, to really appreciate the Athenaeum, make sure to get tickets to see a performance by the George Enescu Philharmonic Orchestra. Just to walk in the foyer is a privilege. Its decadent blend of mosaic floors, classical pillars, and avant garde influences provide the perfect place to explore prior to the show starting. 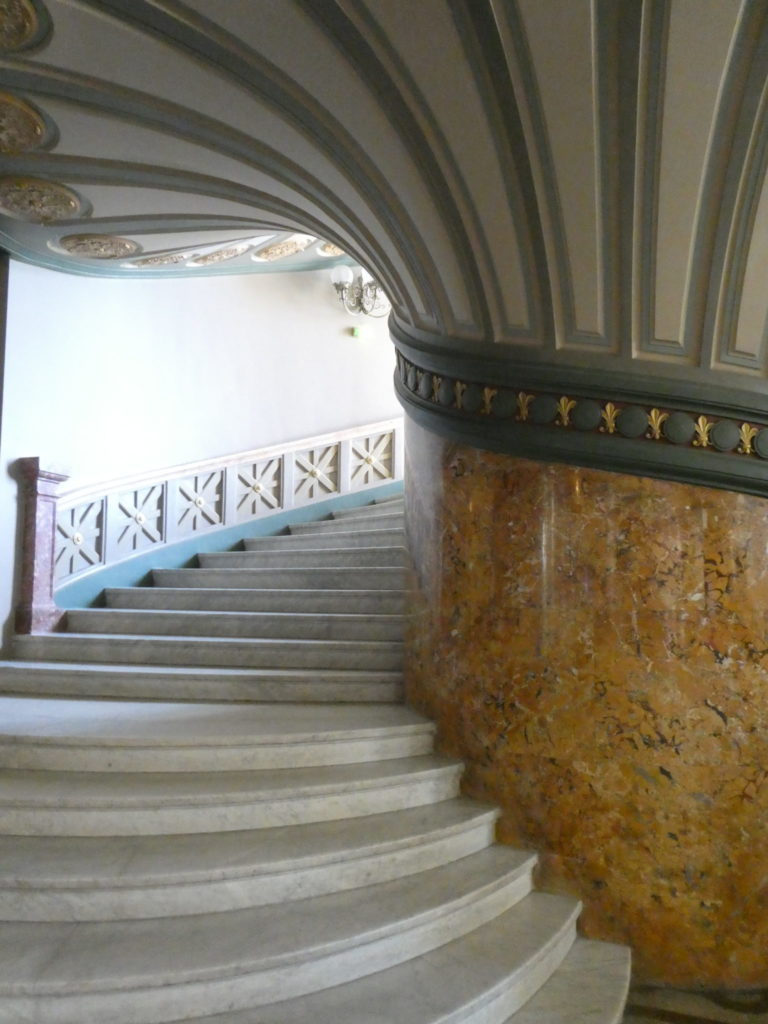 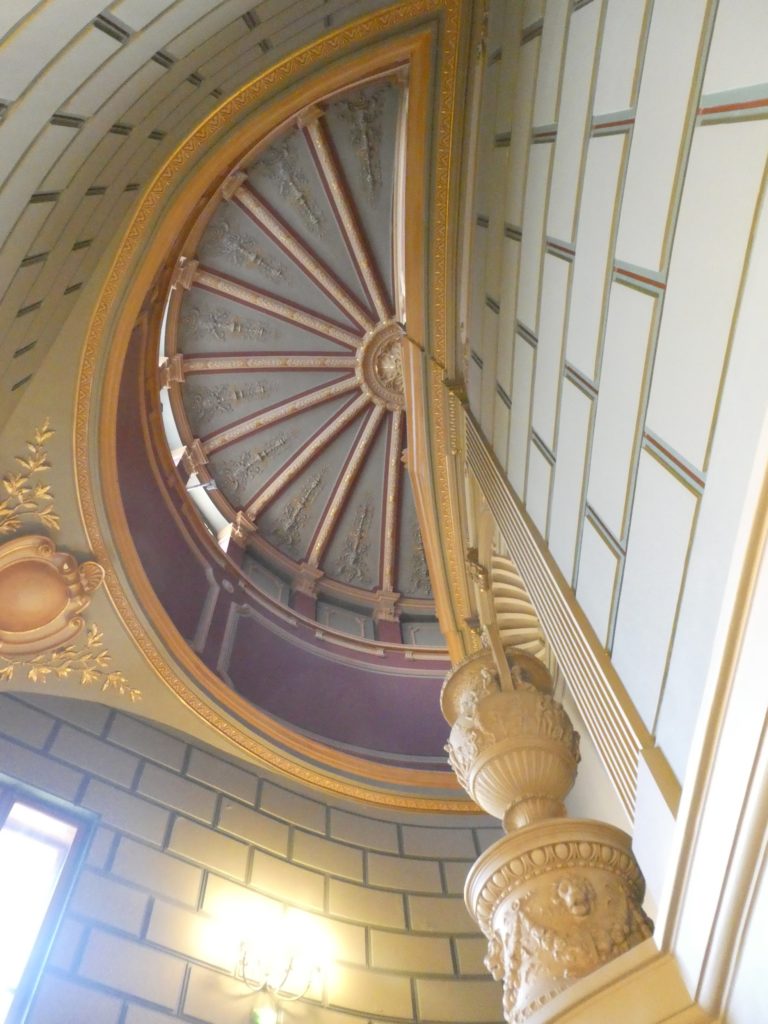 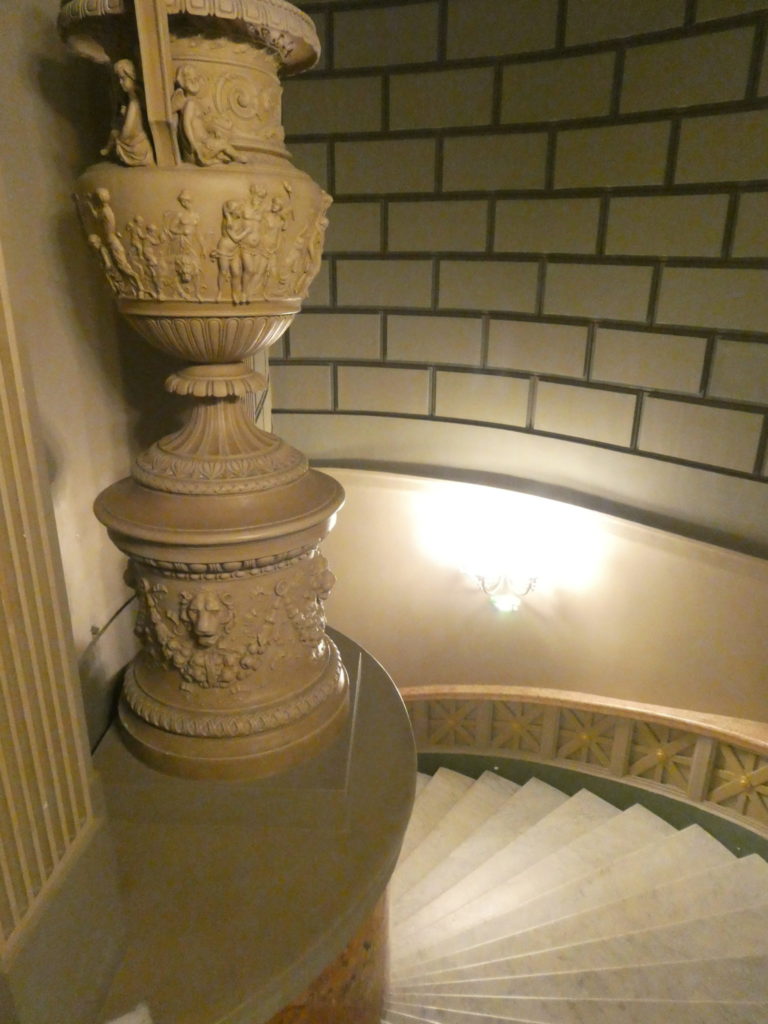 Of course, the show itself takes place in the main auditorium, which is a sight to behold. The first thing that will catch your eye is the wondrous al fresco painting that engulfs the circular hall. Each scene shows an important scene in Romanian history. The first one shows the Roman Emperor Trajan conquering Dacia, whilst the last one shows the aforementioned union of regions which resulted in the foundation of Greater Romania. 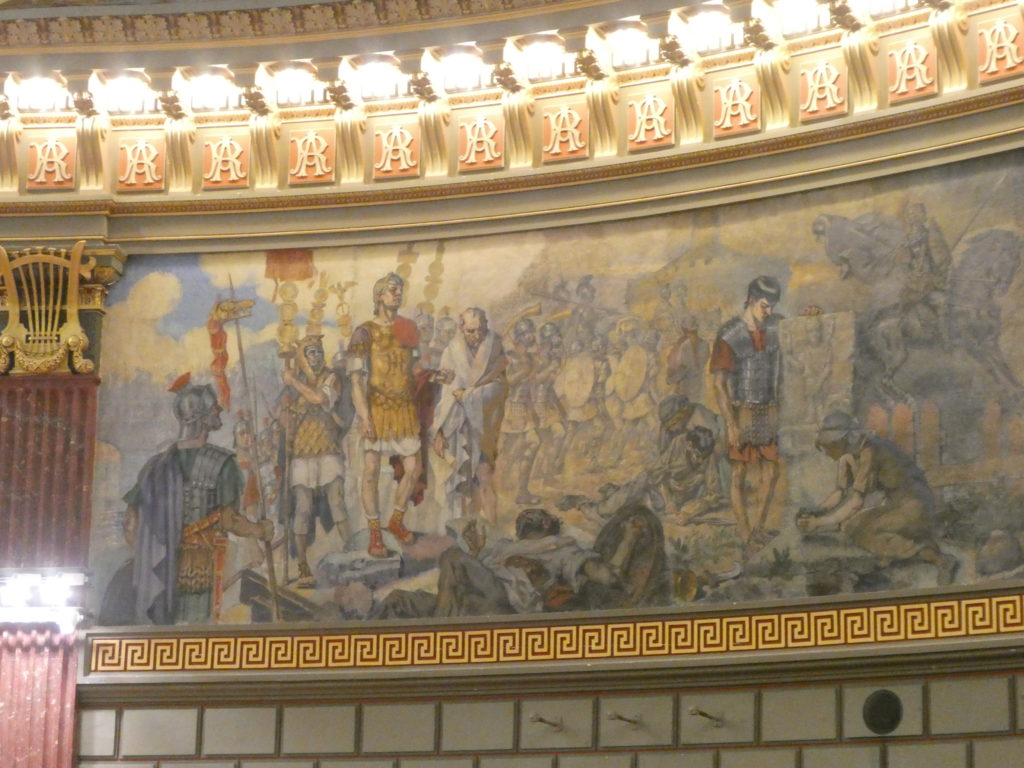 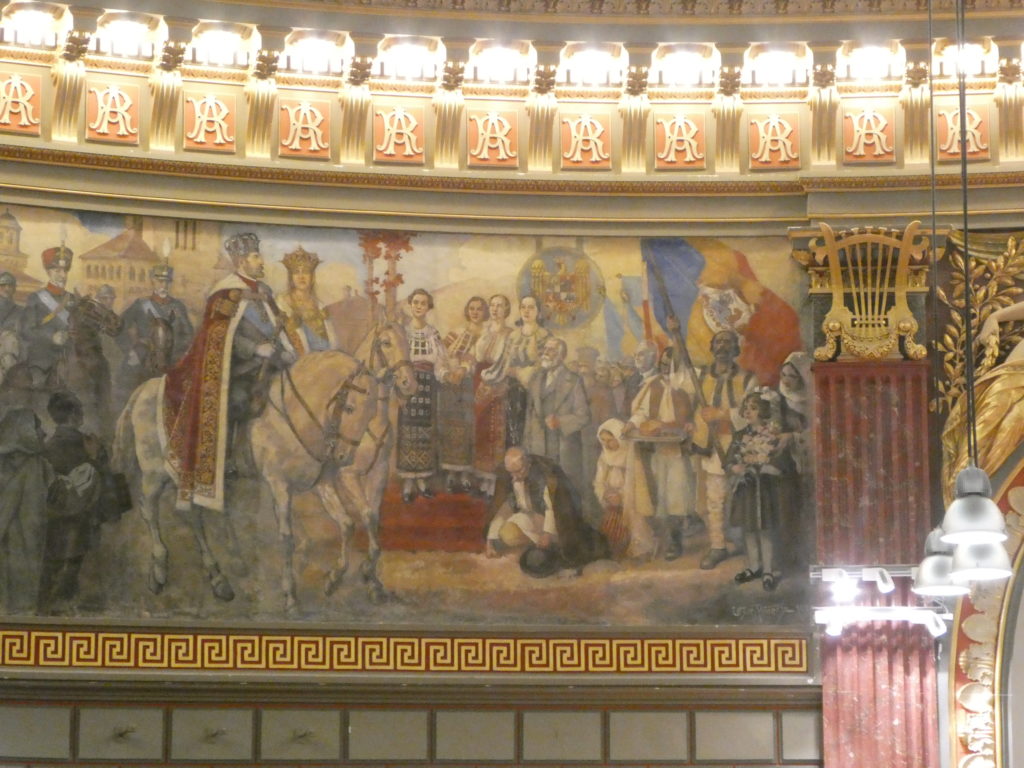 The dome itself will wow you. 41 metres high, its decadent colour scheme and portrayals of mythological creatures convey the grandeur of the venue. Even if the show is a dud, you will surely be content just admiring the craftsmanship on view. Luckily, however, the George Enescu Philharmonic Orchestra are superb. We were lucky enough to see a show featuring a renowned soloist who brought the house down, and even found ourselves sitting next to some Middle Eastern VIPs in traditional dress. 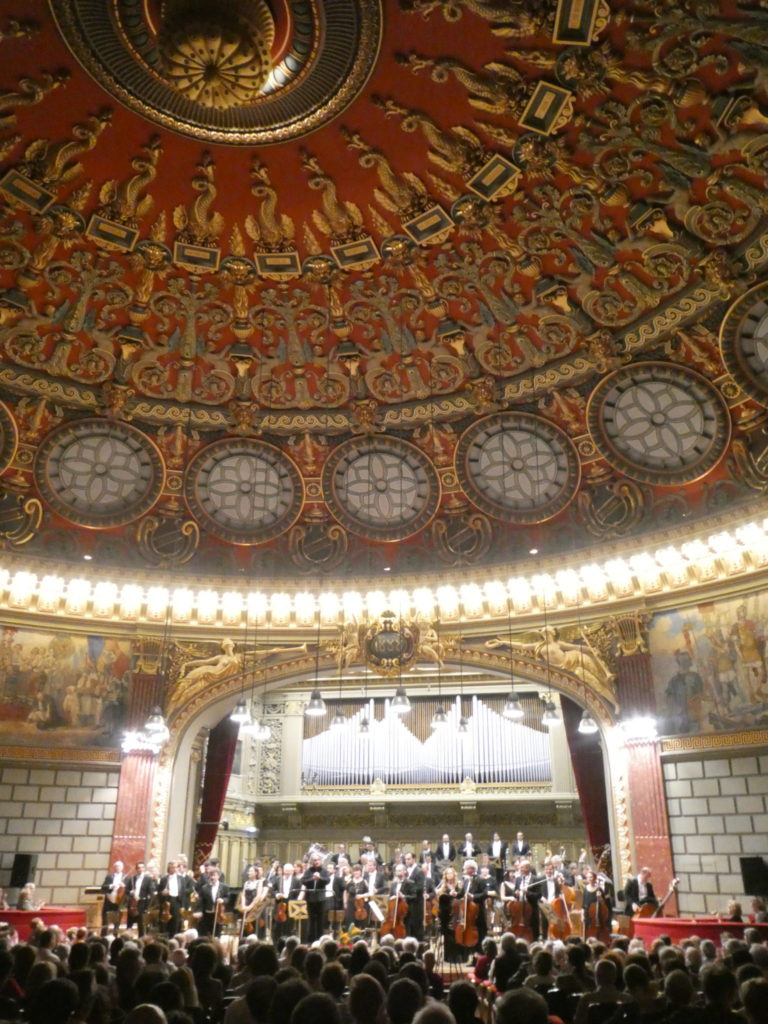 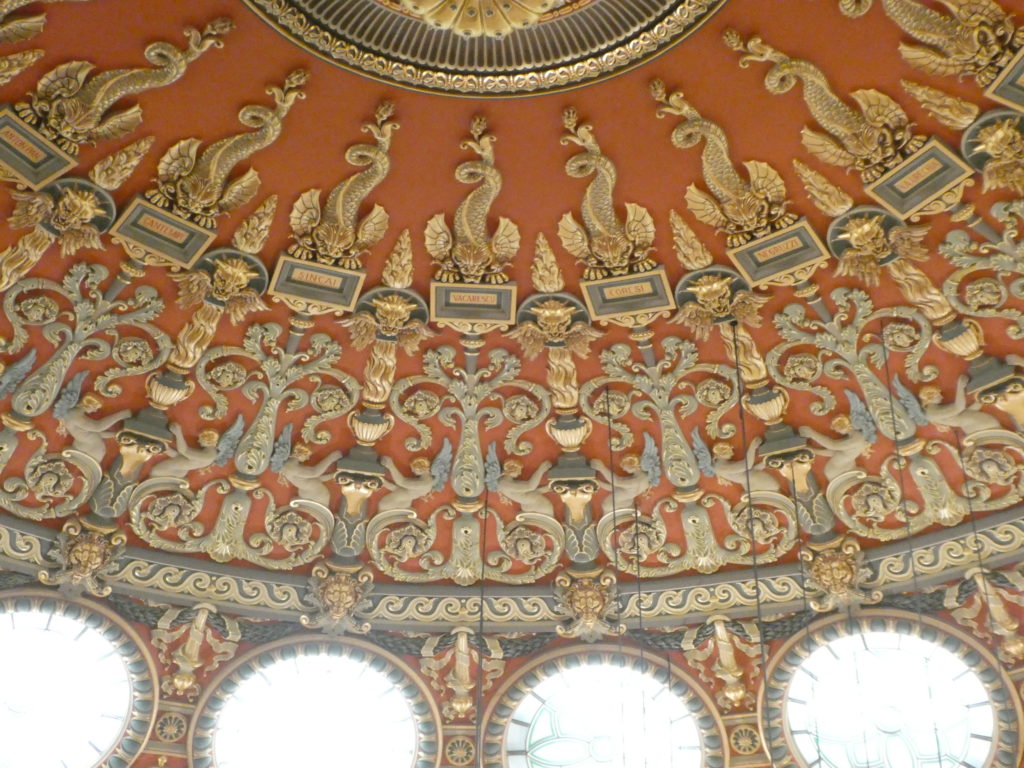 A beacon of culture in Bucharest

If you find yourselves in Bucharest, don’t hesitate to get tickets to a show at the Romanian Athenaeum. If there’s nothing showing during your visit, it would still be amiss to not visit the building from the outside, take in the serenity of the gardens, and admire the mosaics of historic Romanian rulers on the peristyle outside. Don’t miss it, for a taste of Romanian culture that is worlds away from the tacky Dracula industry. 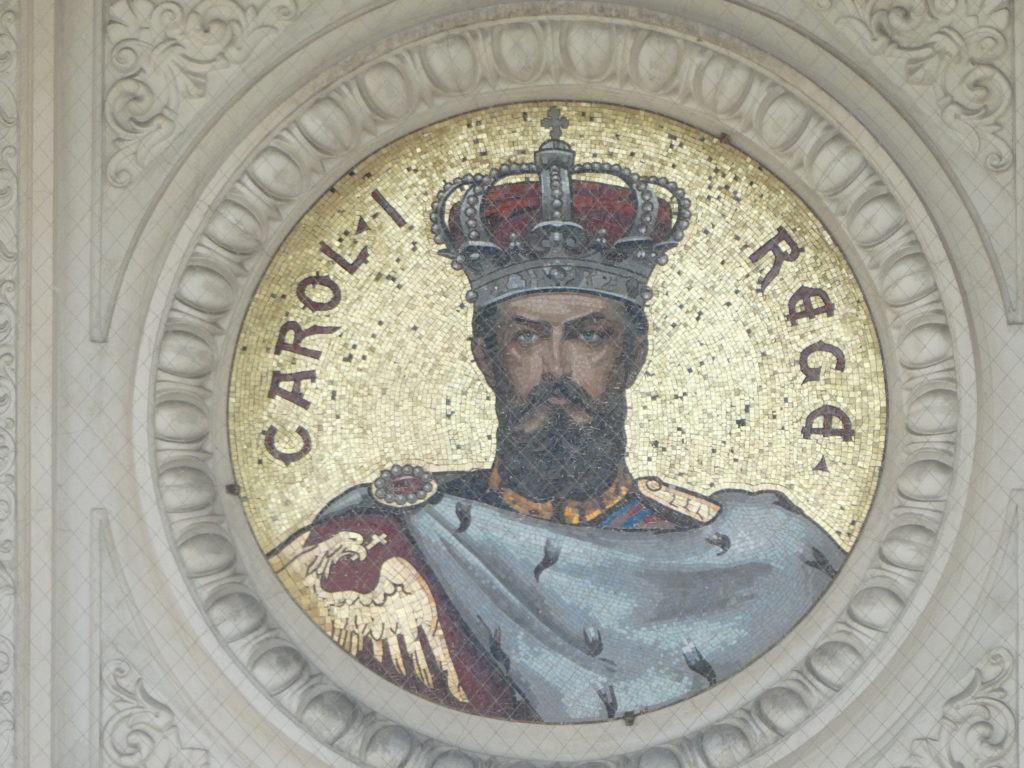 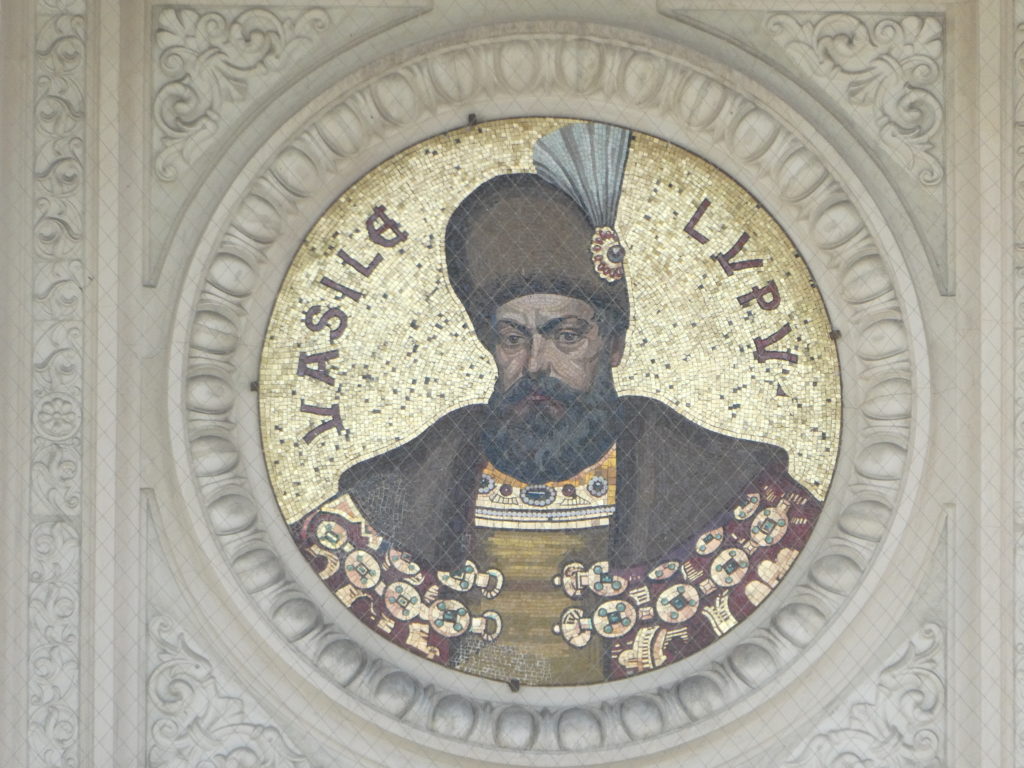 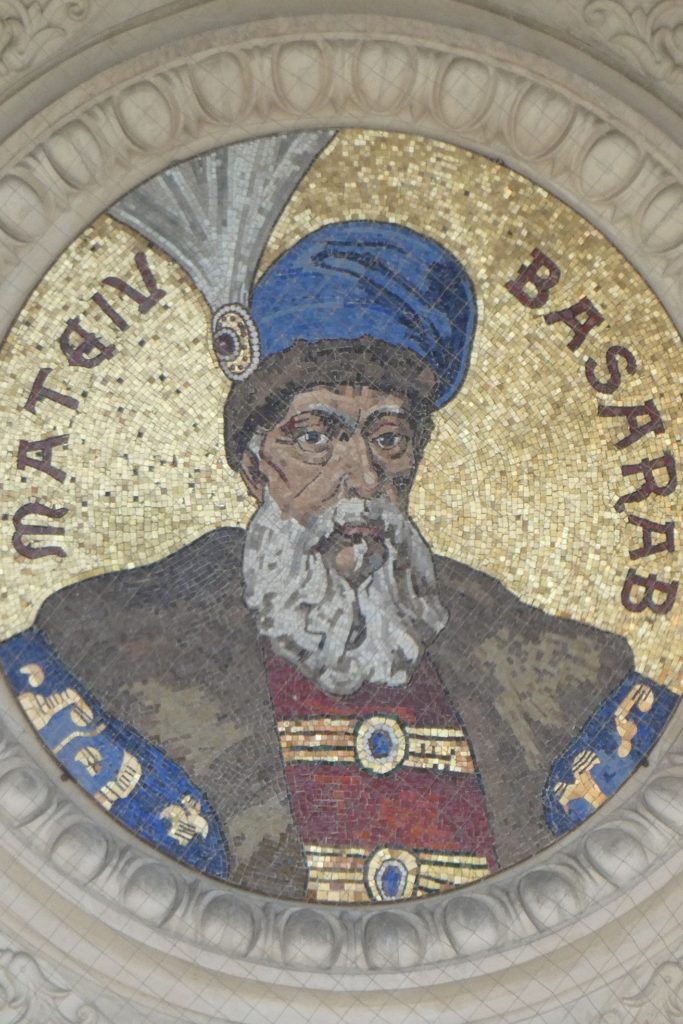 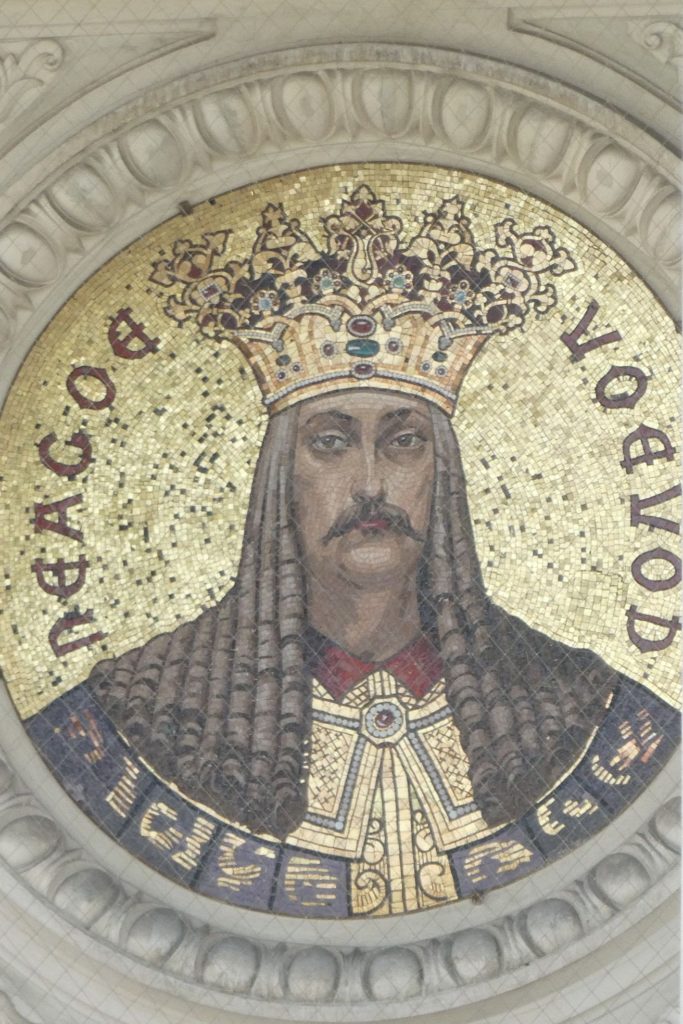 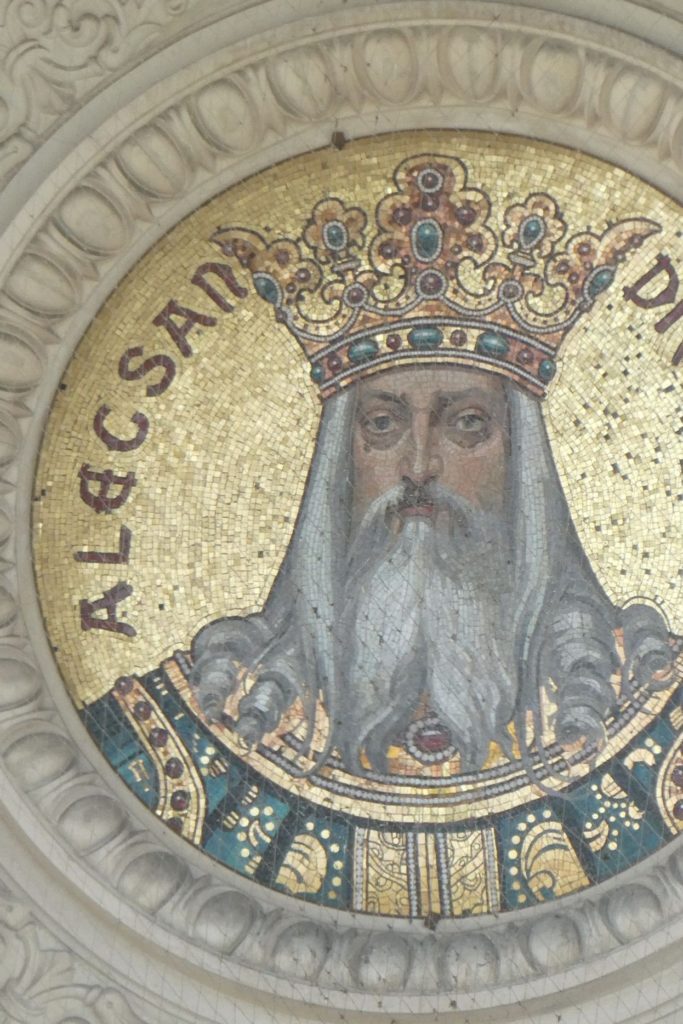 To book a trip to Bucharest, we recommend visiting Skyscanner for flights, and Booking.com for accommodation. Links will open in a new tab.

Are you a high culture vulture who would love a night at the Romanian Athenaeum? Or would you prefer something like the Romanian Kitsch Museum? Don’t worry if you would, we’ll be writing about our experience there very soon!