After our picnic in its idyllic grounds, we decided to visit Kenwood House. Kenwood House is a neo-classical villa that was part of a country estate in the 1700’s. Subsequently, the house was sold to the Earl of Iveagh, who was part of the Guinness family. He was a prolific collector of works of art. In fact, he actually bought the house as somewhere grand to showcase his paintings. He died a few years later, and gifted the house and its contents to the nation, on the proviso that they be free to visit. English Heritage now run the house. 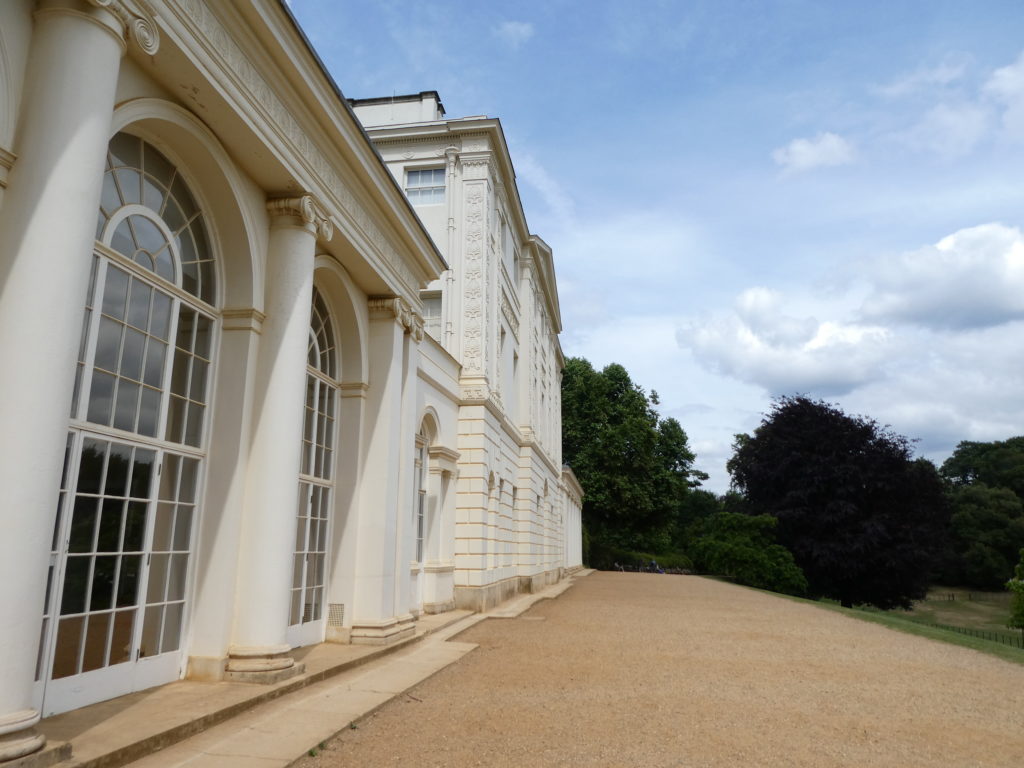 The entrance hall has an impressive painted ceiling panel, and portraits of people whose history coincides with that of the house. From here, view the Great Stairs, and continue to the antechamber, which contains statues in niches. 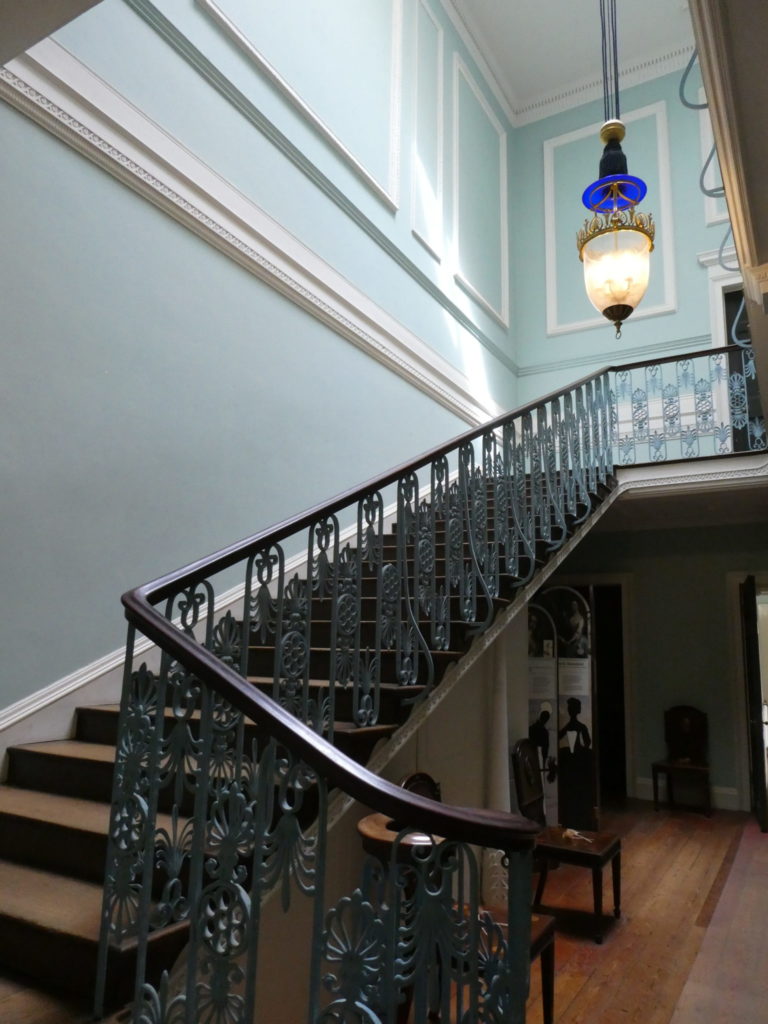 Our favourite room in the house is the Library, which was the grand climax of the guest route through the house. It has a very high coved ceiling with painted panels, and is of a rectangular shape. Columns at one side give it a very classical look. It is the room itself rather than its use as a library that is of the most interest. 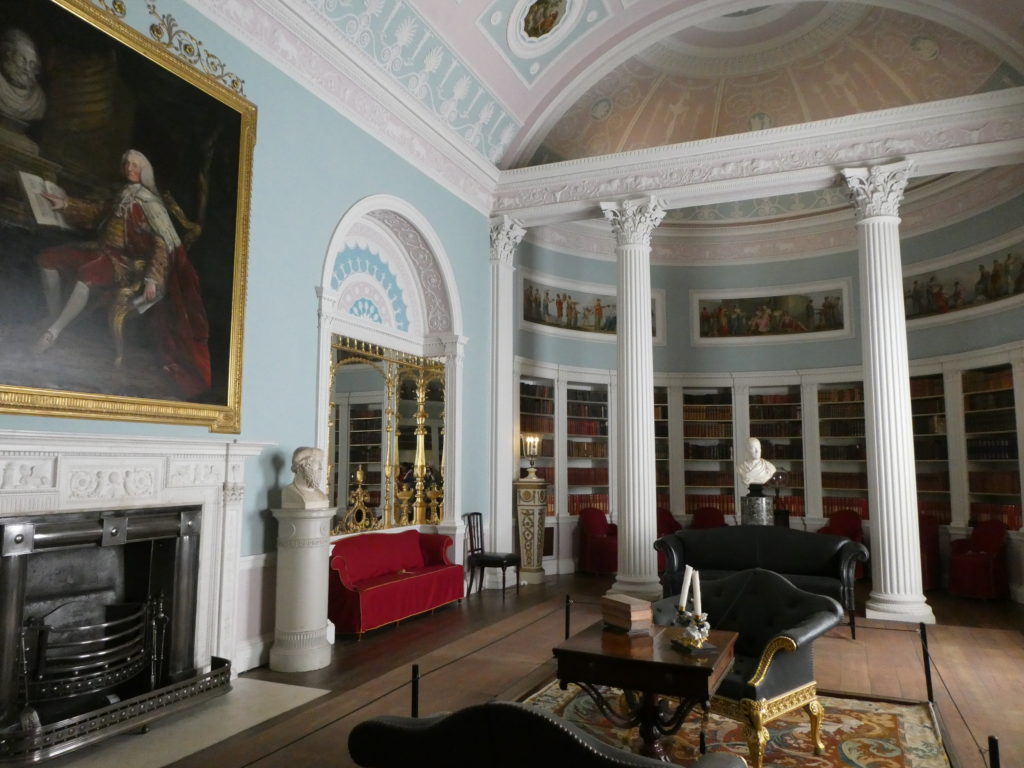 Another of the grandest rooms in the house is the Dining Room. On the way to it is a lobby which was used as a place for servants to assemble dishes for serving to guests. Nowadays, however, valuable paintings hang here. They include a Cuyp painting that was one of Lord Iveagh’s first purchases from an auction house that was next to one that refused to see him as they were out to lunch. 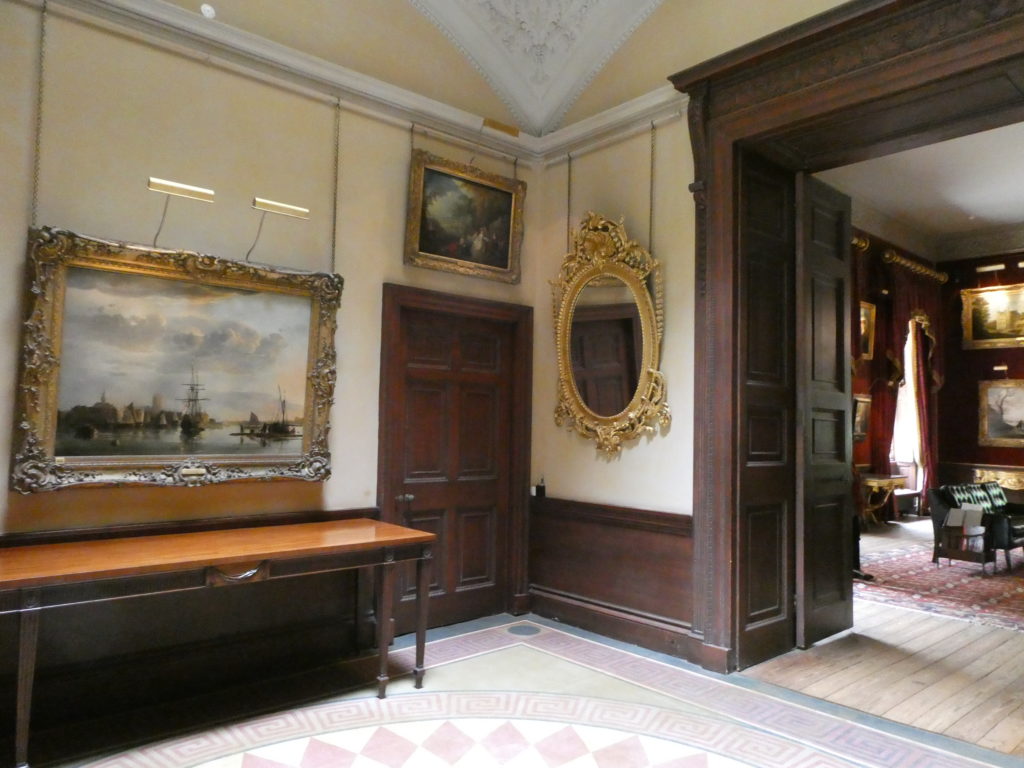 The dining room itself is where many of the most important paintings are kept, however. Don’t miss the Rembrandt self portrait that is worth many millions of pounds. It contains an effort by the artist to paint a perfect circle, and is one of the most famous paintings in the world. Others include a rare Vermeer painting of a guitar player, and works by Van Dyck, Hals, and Turner. 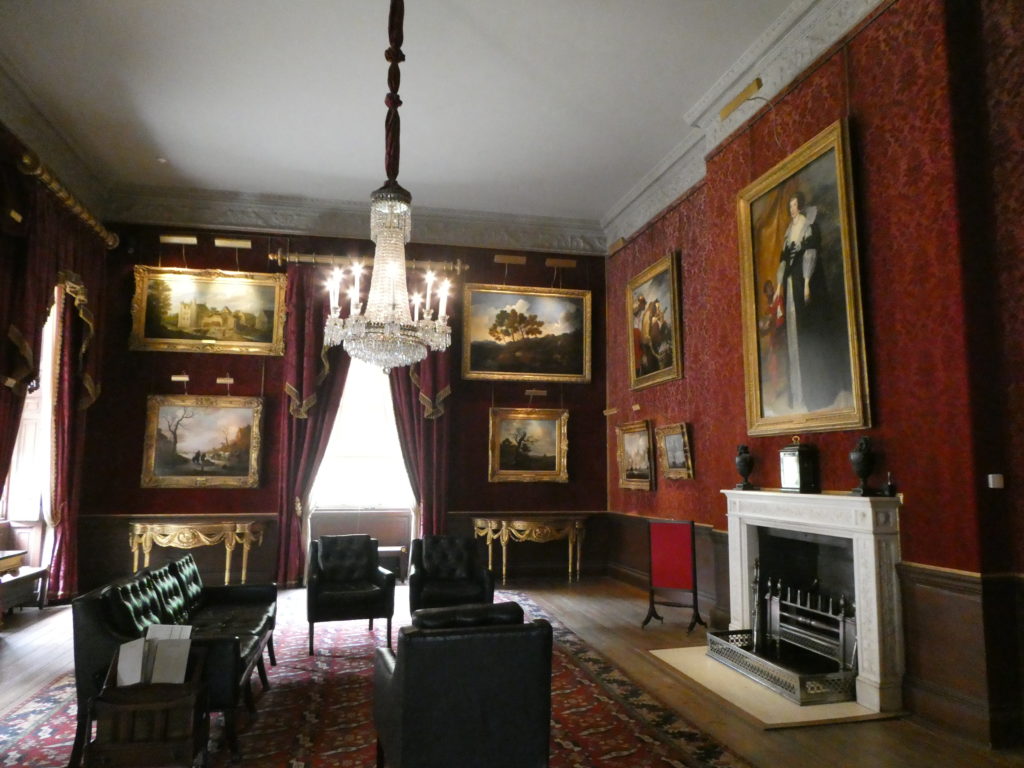 The South Front rooms were the family’s private quarters. The rooms include dressing rooms for the Lord and Lady beneath their bedrooms, a drawing room, and a parlour for informal dining. A portrait of Guinness himself is on display here. The housekeeper’s room is very light, with Venetian windows. A copy of a painting of a black girl called Dido is displayed. We actually got caught up in a guided tour. The guide explained that Dido was the illegitimate daughter of a previous owner of the house and a black slave, who was brought up in luxury here. 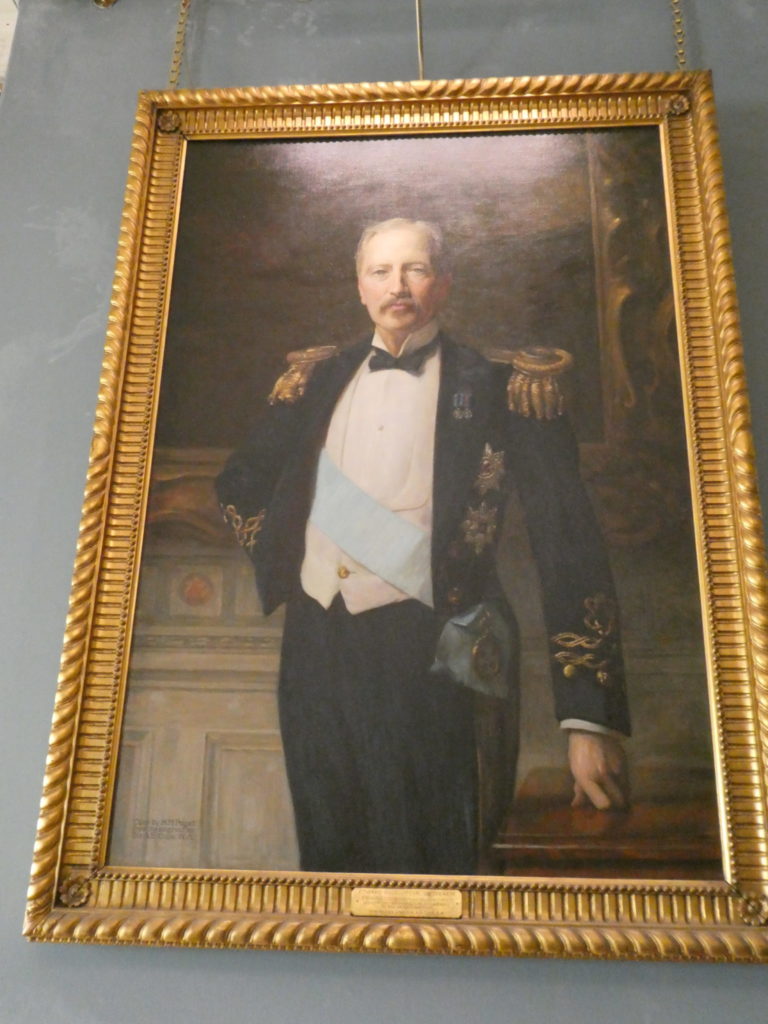 Try not to get stuck with a guided tour, unless you have time to spare

From here on, we kept getting caught up in the guided tour group. It was very interesting to hear what the guide had to say. However, it was taking up our already short time that we had to spend here, and not helping our photography. As a result we skipped through the Orangery, only to completely get stuck in the Green Room until the tour group had finished. 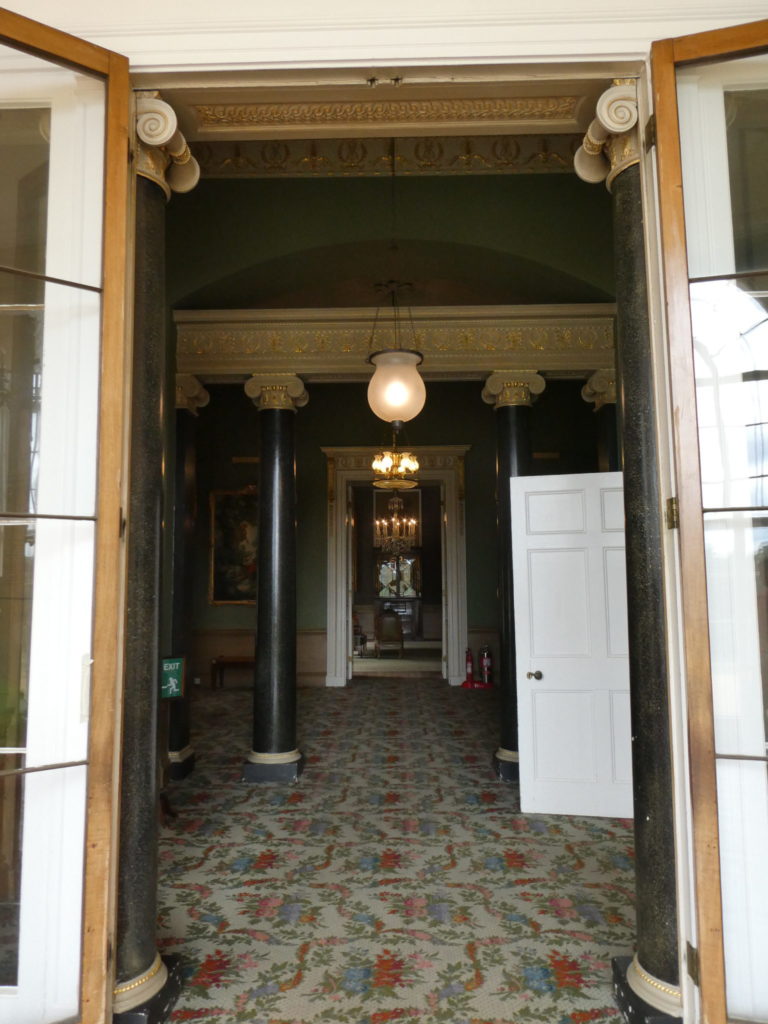 The music room is another beautiful room, with some famous paintings. They include a painting of Kitty Fisher by Joshua Reynolds, one of seventeen by him in the house, as well as many works by Gainsborough and Romney. You can walk up the Deal stairs to the upper hall. Just before you got there, there is a small room with a display of miniature portraits. 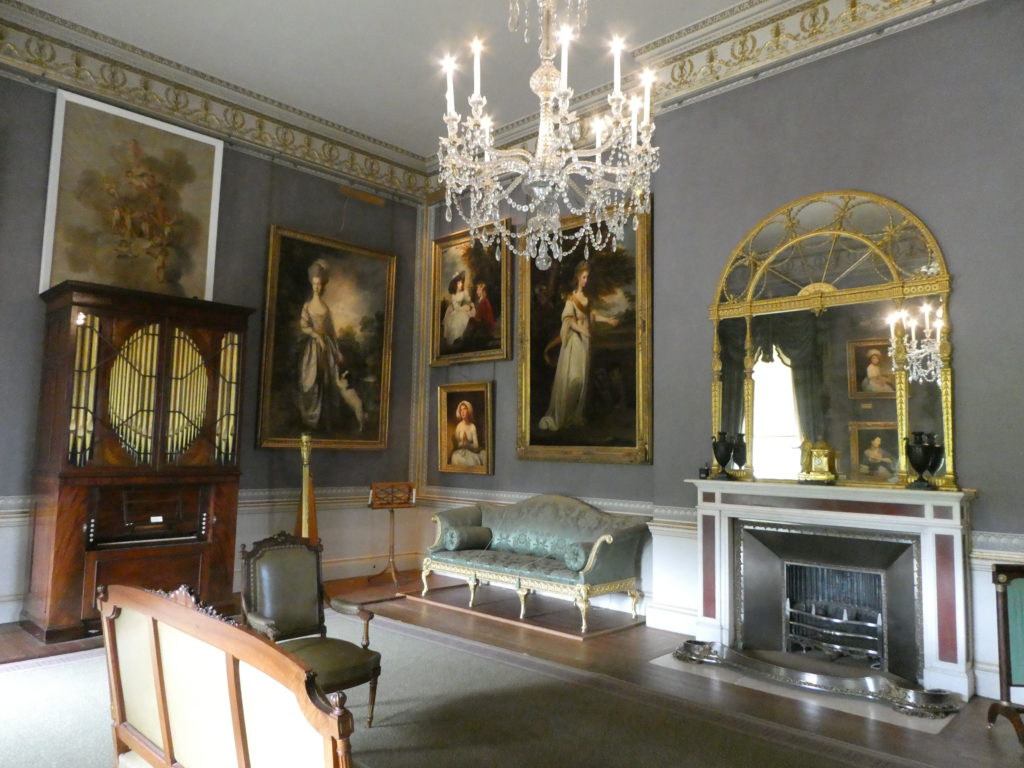 The upper hall is very interesting. It shows large family portraits, where members of the same family had commissioned the same artist to do their portraits. The pairs displayed around the room have many similarities indeed, and are an interesting basis for comparison. 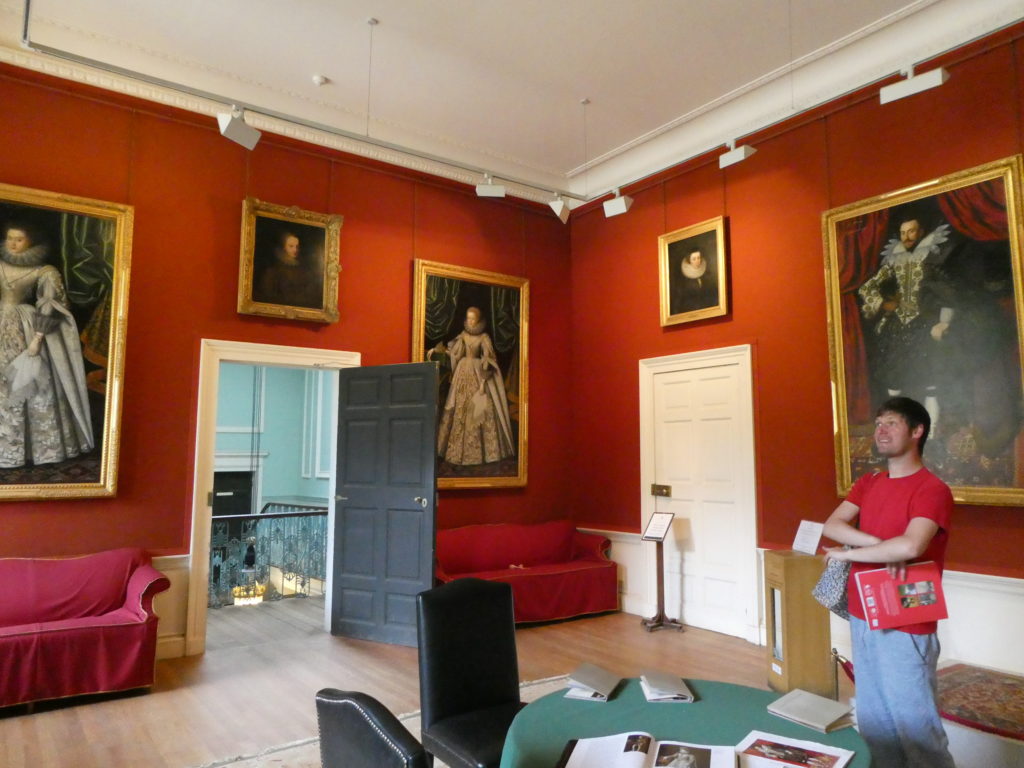 There are some rooms outside to see. Firstly, check out the Service Wing including the kitchen in which people can actually dine, and the brewhouse, which is now a cafe, but an impressive space. Don’t miss the bathhouse before you leave. 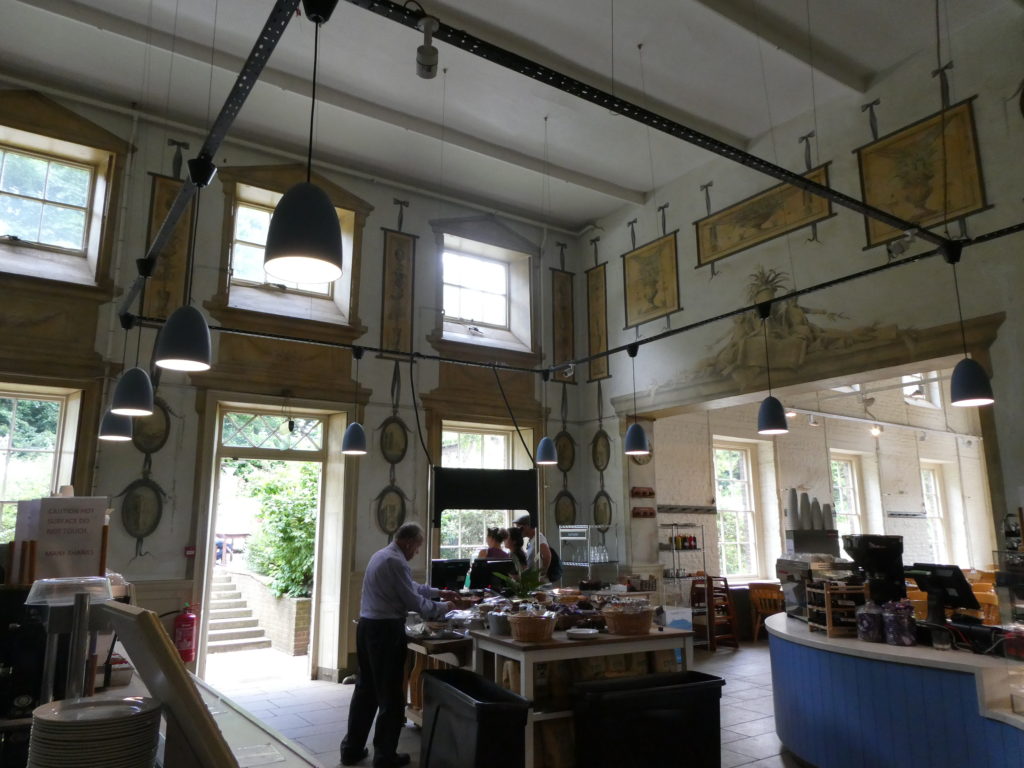 Have you been inside Kenwood House? Were you more impressed with the house or its art collection?