The initial view of the amazing Elizabethan country estate of Chawton House, known to Jane Austen as the ‘Great House’, is sensational. Just to the side is St Nicholas Church. This Victorian church replaced the one that Jane Austen worshipped in, which was destroyed by fire. However, you can still find the graves of Austen’s mother and sister  in the churchyard around the back, next to the sanctuary. 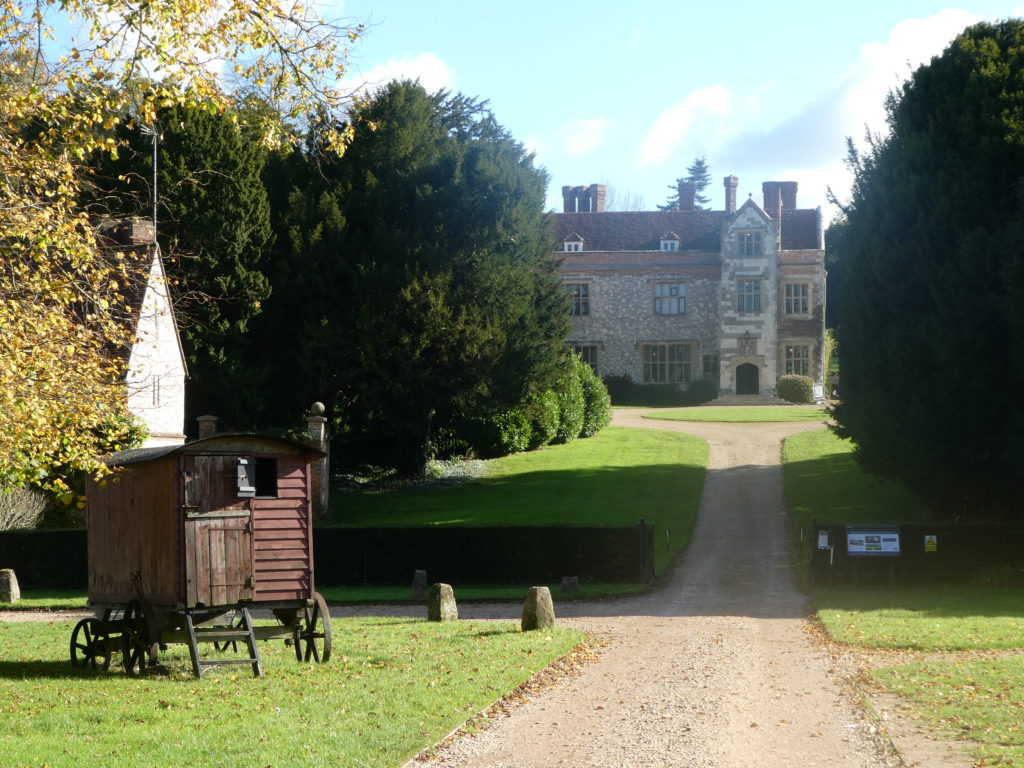 You are able to go inside the church, which has nice gothic vaults and a wooden beam ceiling. There is a lot of monuments to the Knight family, who were responsible for Jane Austen coming to Chawton. The Great House was bequeathed to Jane Austen’s brother Edward by the Knight family. Edward became their adopted son of sorts. He then offered the cottage to Jane and her mother and sister. 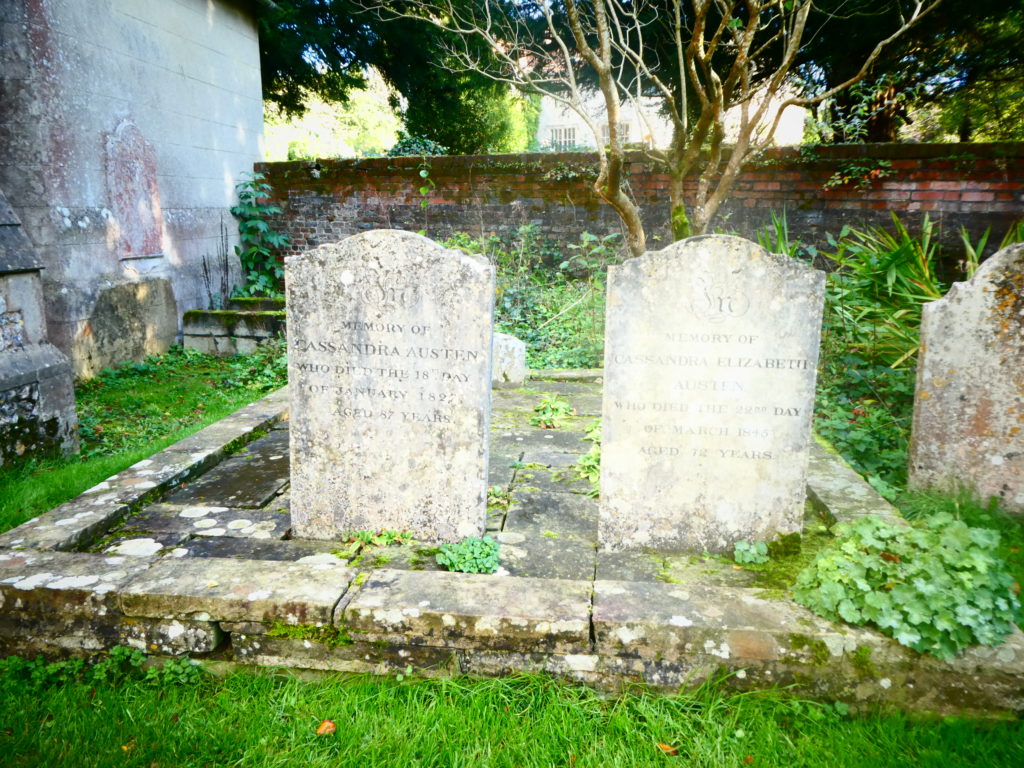 We started our visit with a chat with Chawton House’s General Manager Anthony in a very grand room on an opulent, if battered, settee. We then had the opportunity to take a stroll all the way around the house and the grounds. This stately home wasn’t always available to the public. Indeed, it has only been open to walk-in visitors since 2015. 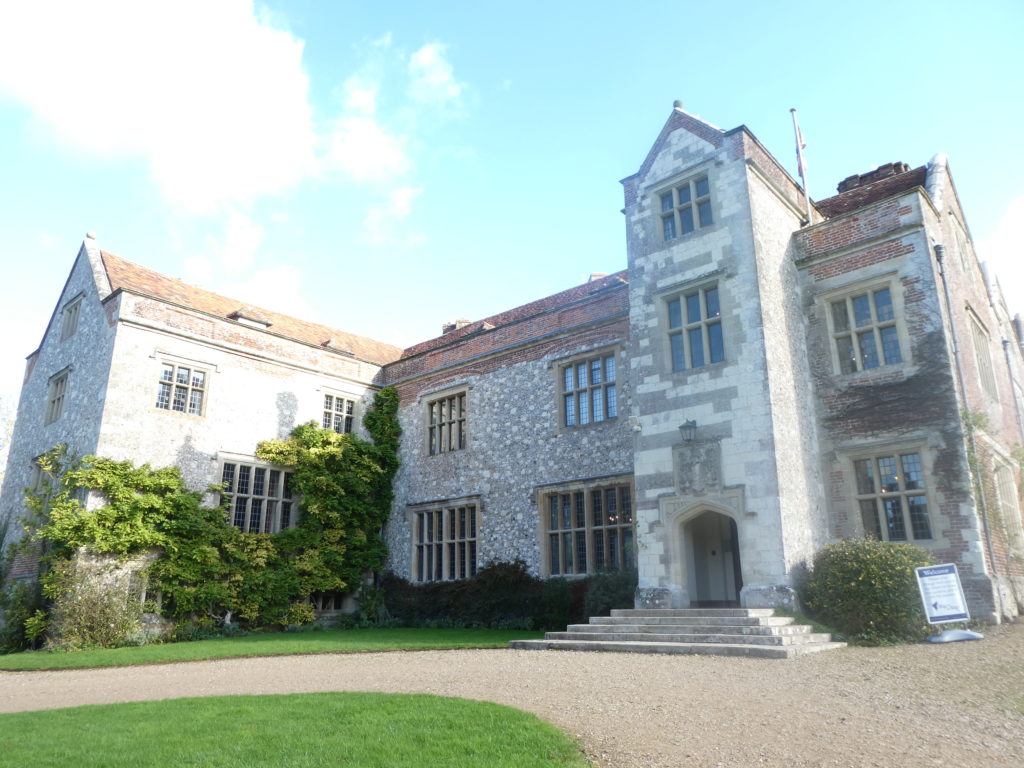 The house was purchased from the Knight family by a wealthy American collector of women’s literature. What could be a more perfect place for this extensive collection of over 10,000 works by women than a house so associated with perhaps the most famous female writer of all time? The house in itself is worth visiting. However, the displays highlighting the works of many female writers whose works may be under the radar of all but the most learned of scholars, are of particular interest. 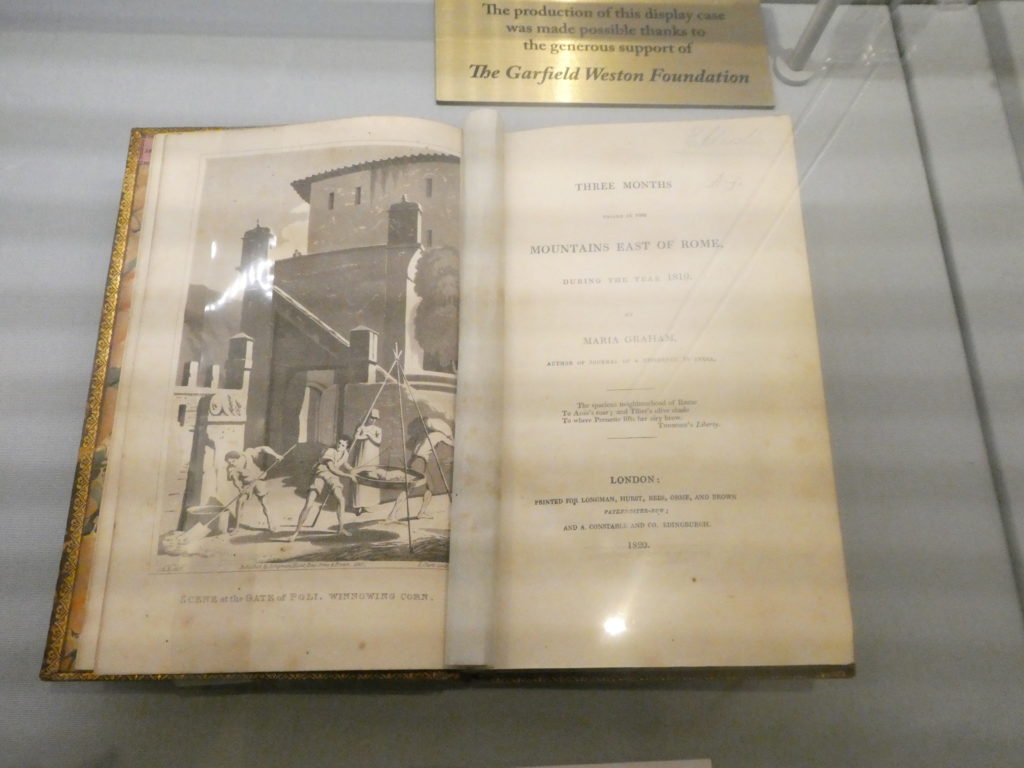 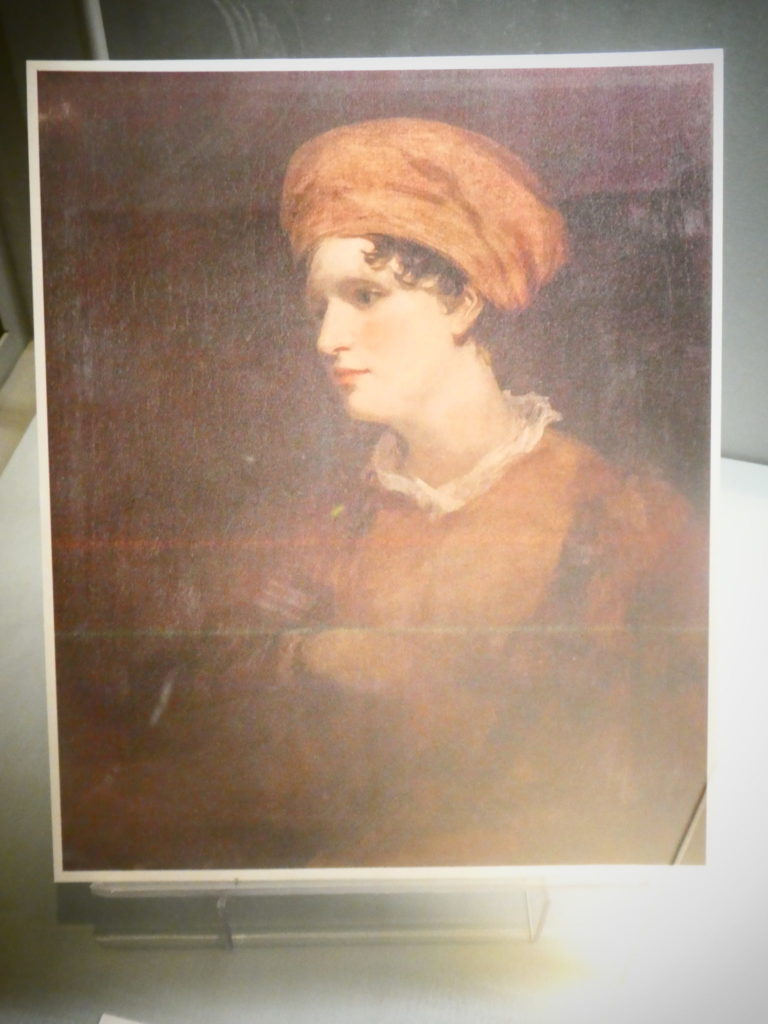 Of particular interest for us is the story of Maria Graham. Graham was the first female travel writer, who wrote detailed books about places like India and Chile, with superb illustrations. Jane Austen fans won’t want to miss the dining room. Here, Jane would have often dined around the big table. After visiting Jane Austen’s House Museum earlier that day, it is easy to see how Jane gained such a great insight into the lifestyles of both the rich and the poor. Like the museum, the house was the recipient of one of the low number Jane Austen £10 notes. 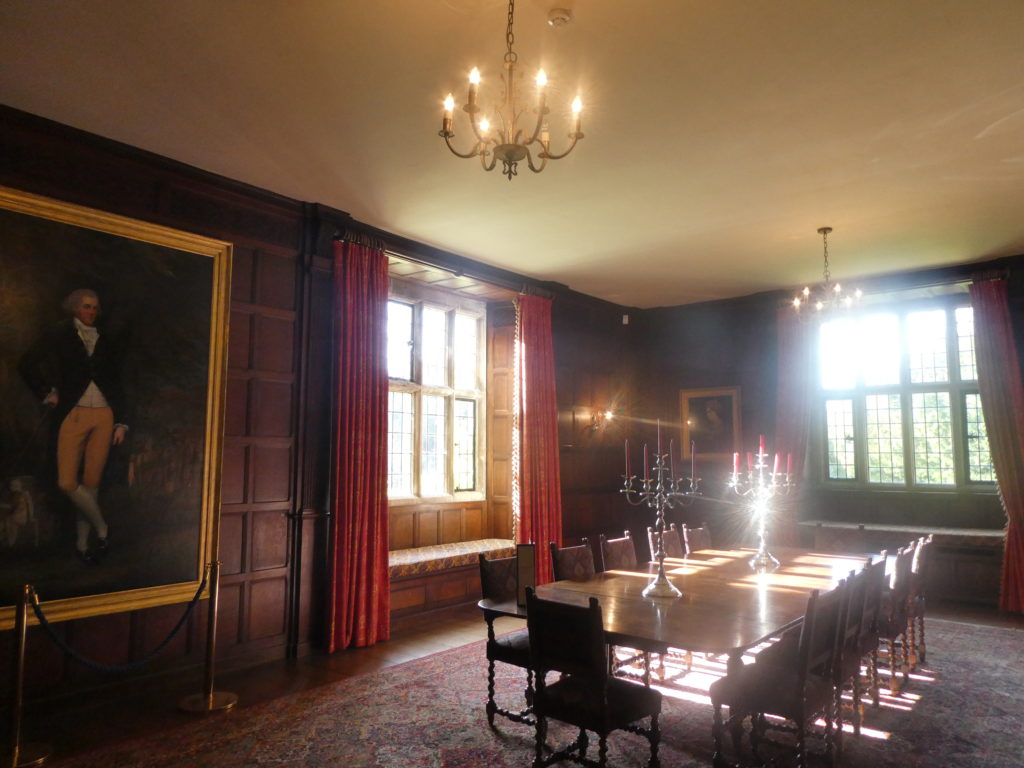 One of the highlights of the visit is the reading room. The centrepiece is a huge book with exquisite illustrations of plants, drawn by a lady desperate to raise funds to release her husband from a debtor’s prison. In a great touch, the house has recently planted a herb garden based on the book, which is available for visitors. The old kitchen, with its well-used sideboards and shelves about to collapse, now has a new lease of life as a quirky tearoom. 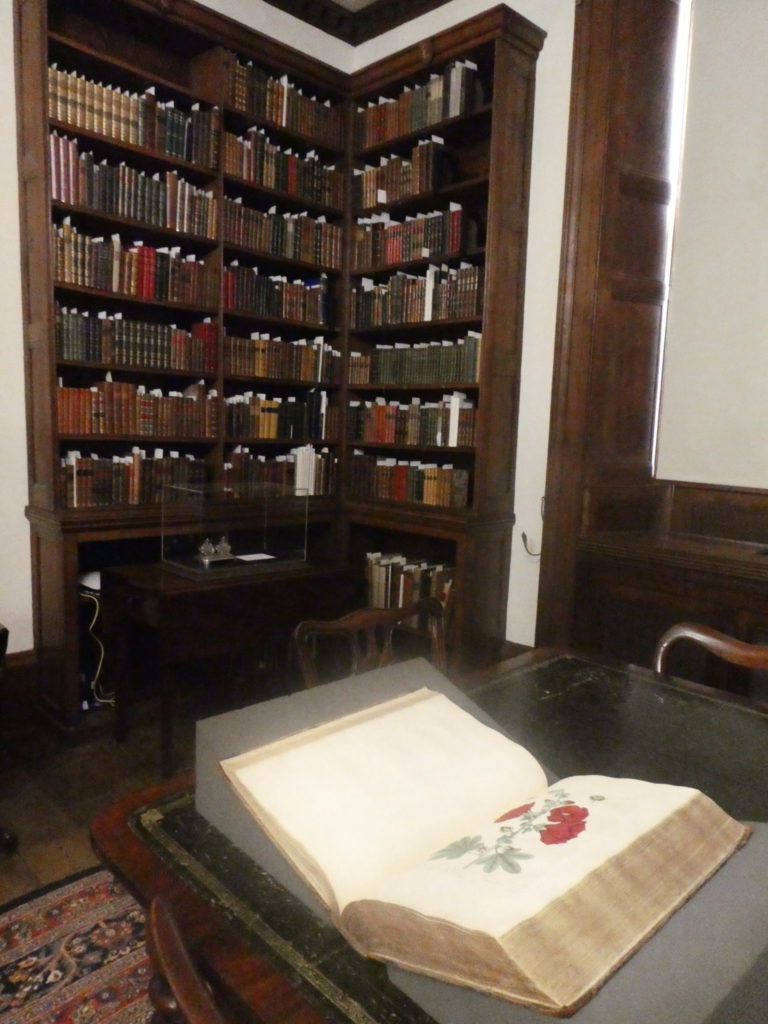 From here, Anthony took us outside on a tour of the grounds. Anthony took us to a secret garden where certain plants can grow under the cover of trees. There is a stone bench, which would be a very romantic place to sit. The herb garden previously mentioned is superb. There is an intriguing sign pointing to the wilderness. Unknown to us,  the wilderness is actually a real term in landscape design. 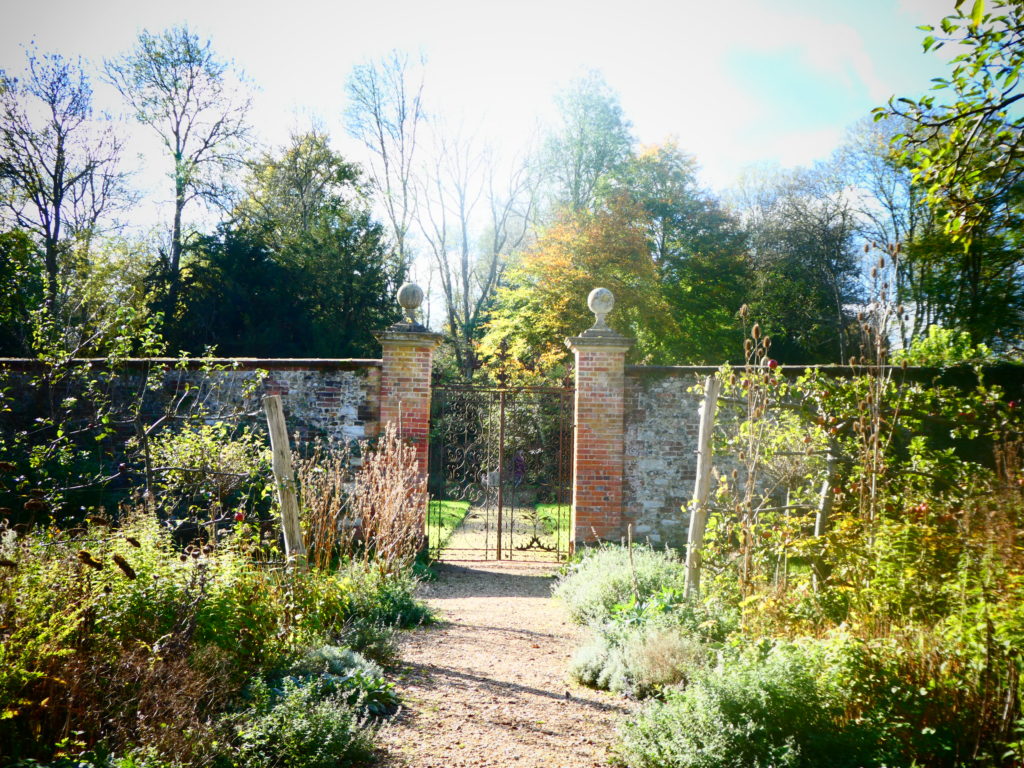 The park adjoining the gardens goes as far as the eyes can see. Expanses of rather flat, green land are grazed by sheep belonging to a local farmer who has been given permission to use the land. It is a truly romantic place to visit with your partner should you find yourself planning a trip to Hampshire. For any Jane Austen fans out there, it truly is a must-see, and within walking distance of Jane Austen’s House Museum. 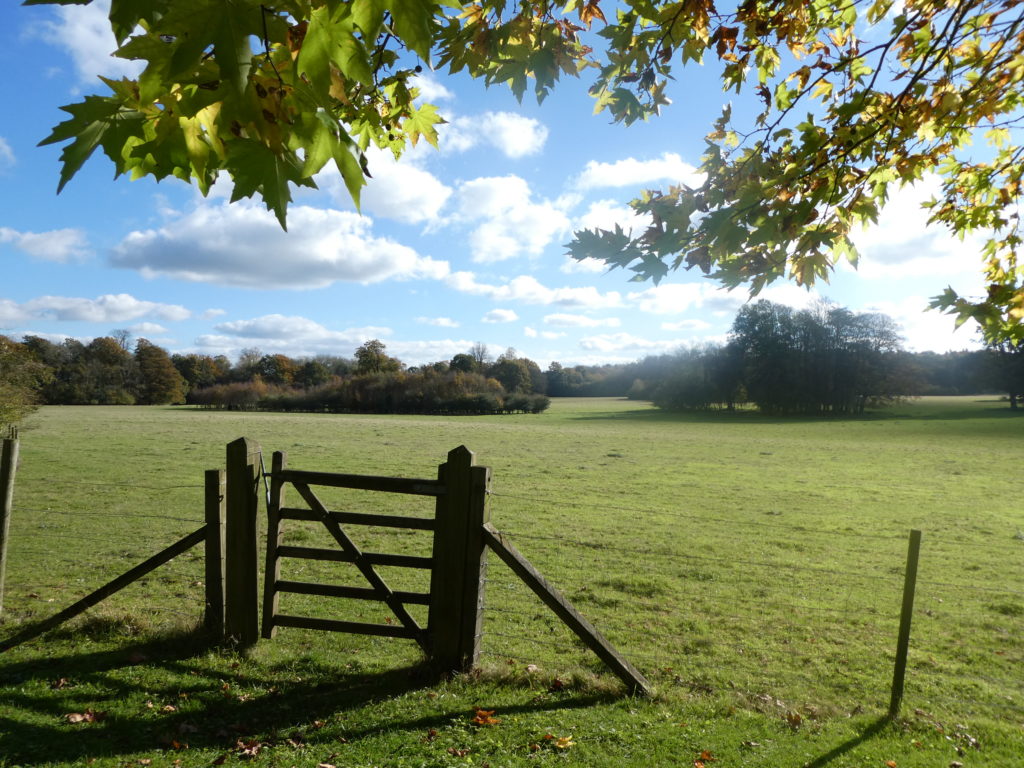 You can even get a discount on visiting Jane Austen’s Museum with your Chawton House Library ticket! Be aware, however, that Chawton House is currently closed until March 2018. Plenty of time to plan your Hampshire trip! Keep posted for a full guide to the county that gave us Jane Austen and Charles Dickens. 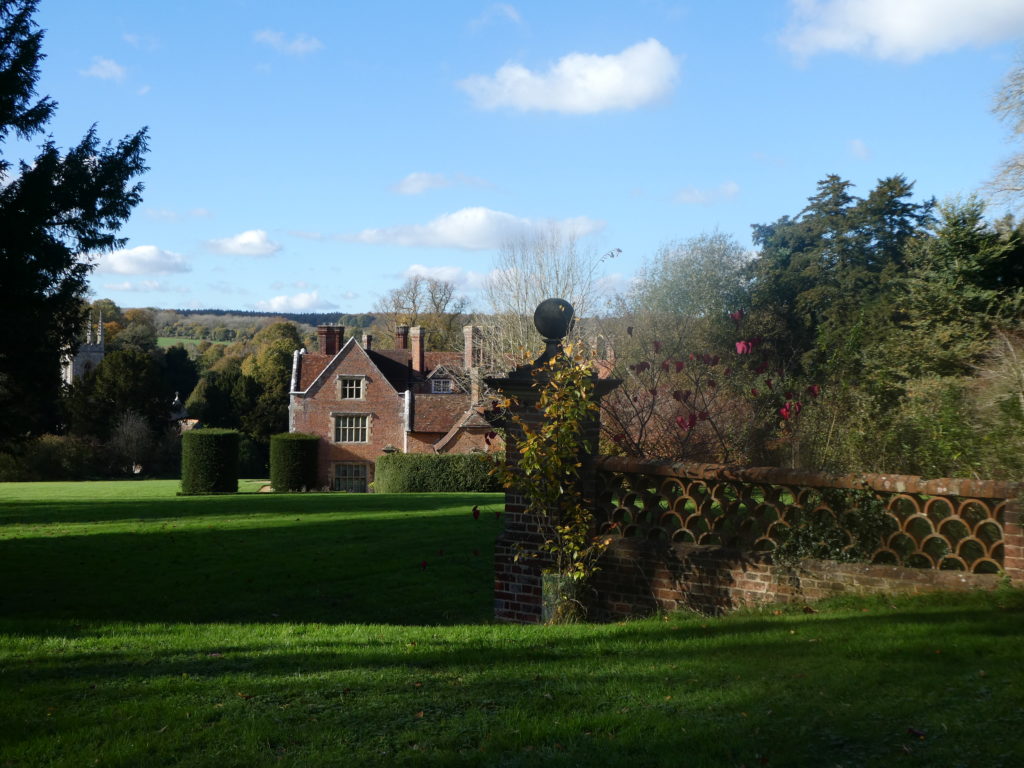 Are you a Jane Austen fan? Would you like to visit Chawton House Library?