Vysehrad translated means ‘upper castle’. Indeed, this is what it is, simply put. This historic fort in Prague offers a fantastic and historic day out. Even better, you can avoid much of the crowds which swarm the more popular sites. The ancient fort of Vysehrad was built in the 900s, overlooking the Vltava River. The area has played an important role in Czech history going back over 1000 years. Nowadays, Vysehrad offers much to the visitor willing to go that bit further than the beaten track. 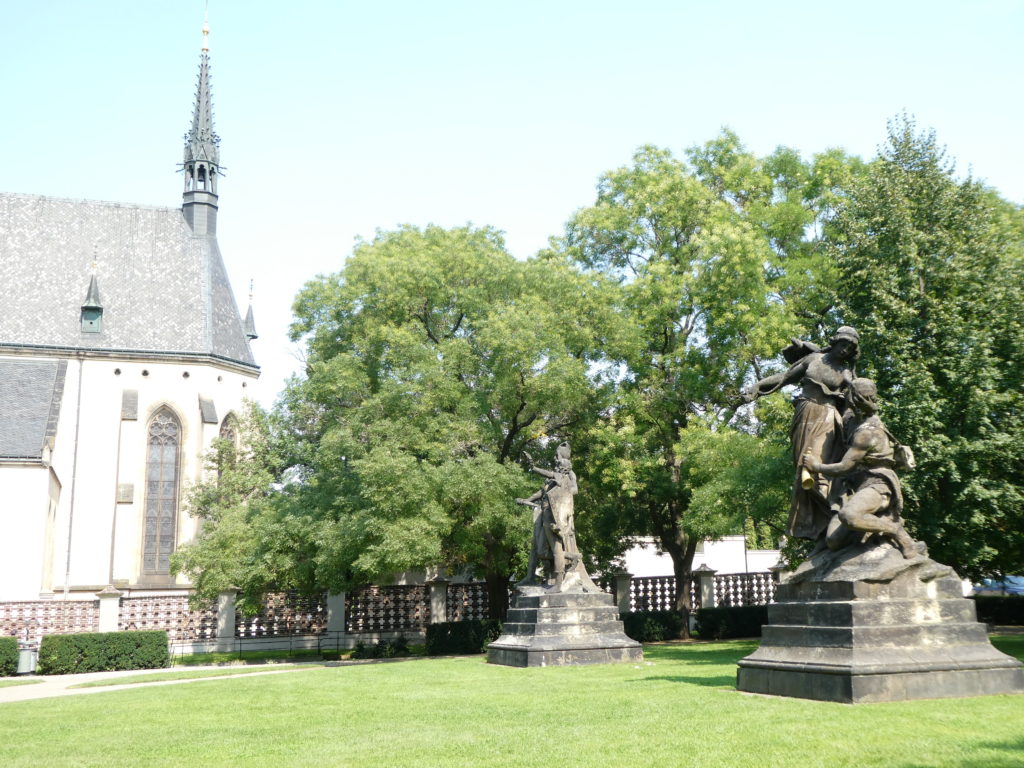 As a word of warning, if it is a sunny day, a trip to Vysehrad will require lots of water and a good hat. We made the mistake of travelling with our backpacks on a 32 degrees day, which was rather uncomfortable. Luckily, we found somewhere to leave them once we got to the top of the hill, which is quite a trek from the river. At the top, however, the reward is some absolutely stunning views of Prague. There are great views of Prague Castle, the river and its boats, the towers, and the bridges. 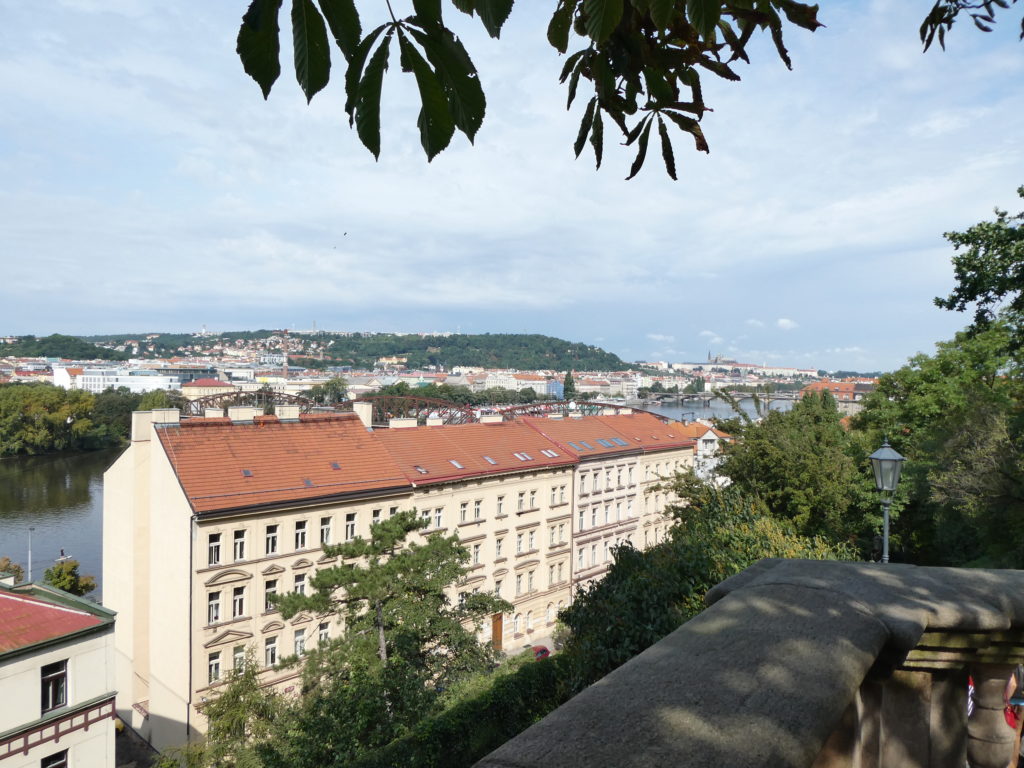 The Basilica of St Peter and St Paul sits within the fortress. Built in the late 1800s on foundations that date back to 1070, it is an attractive neo-gothic church that charges a fee to enter. Check out the beautiful mosaics above the door! 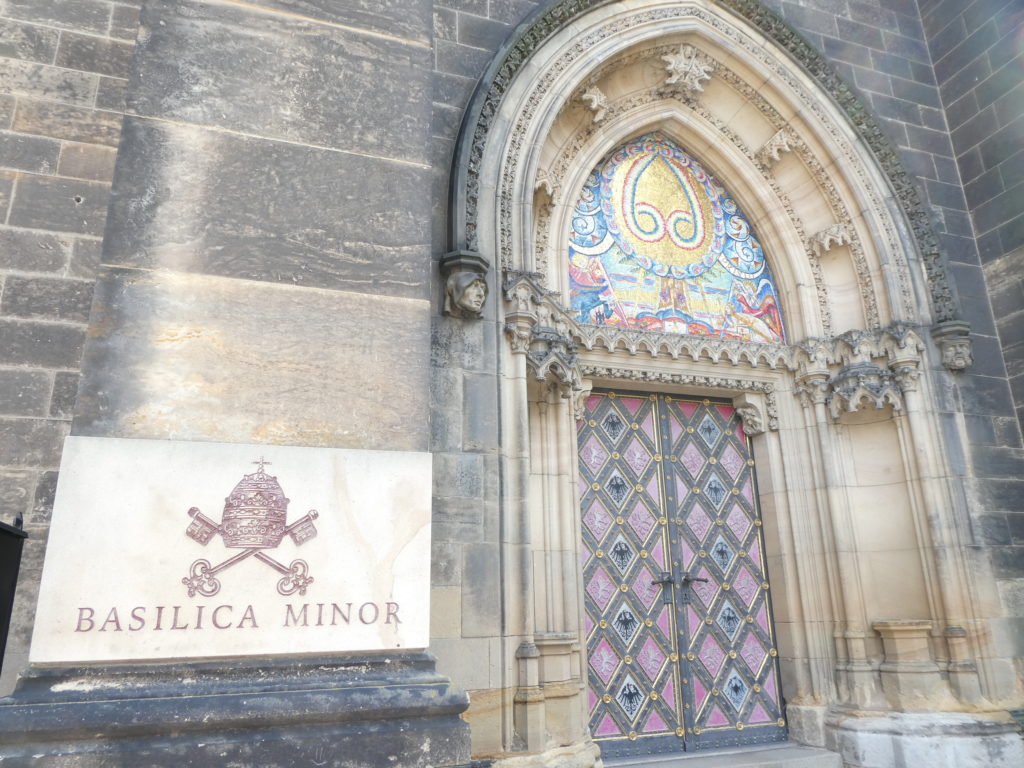 The national cemetery is a peaceful place

The Vysehrad Cemetery is right next to it. It is the Czech Republic’s national cemetery, and is well worth a wander through its grounds. You can see some truly mesmerising monuments to Prague’s most famous sons and daughters. They include the composers Smetana and Dvorak. 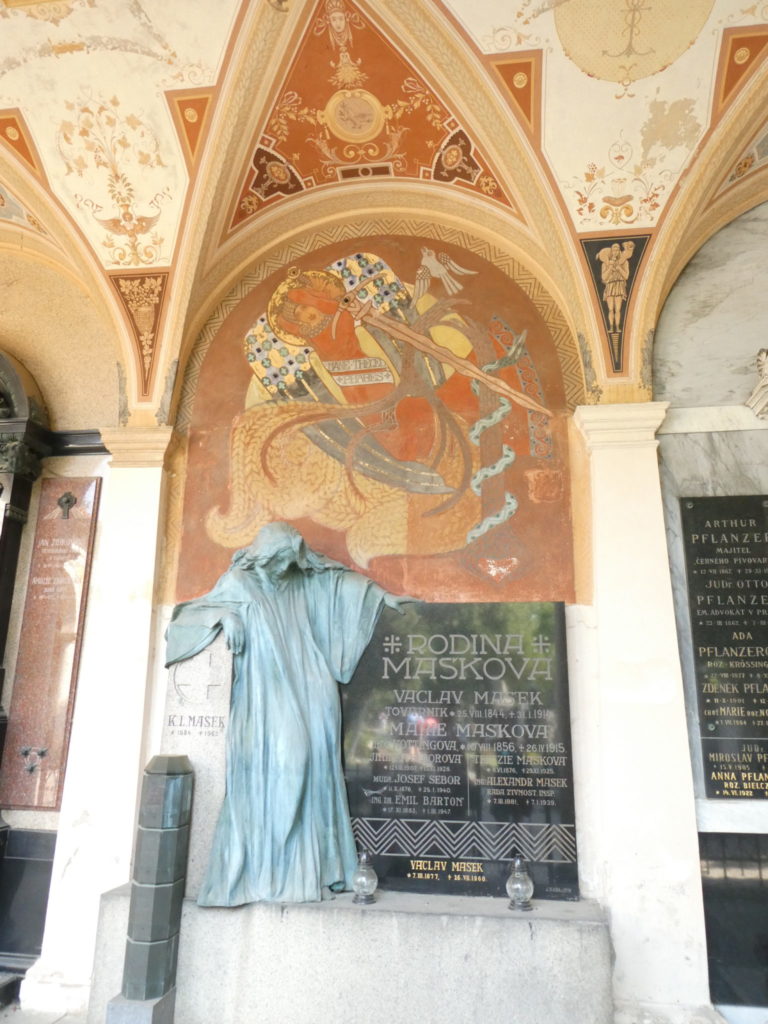 One of the best things to do at Vysehrad to escape the weather is to take a tour of The Brick Gate, Casemates and Gorlice Hall. The Brick Gate is one of the only remaining original gates to the city. It comes from the days when Prague was heavily fortified, in the 1600/1700s. You can enter with a guide, who will take you through to the casemates, which is where the soldiers used to wait. They are like cellars basically. 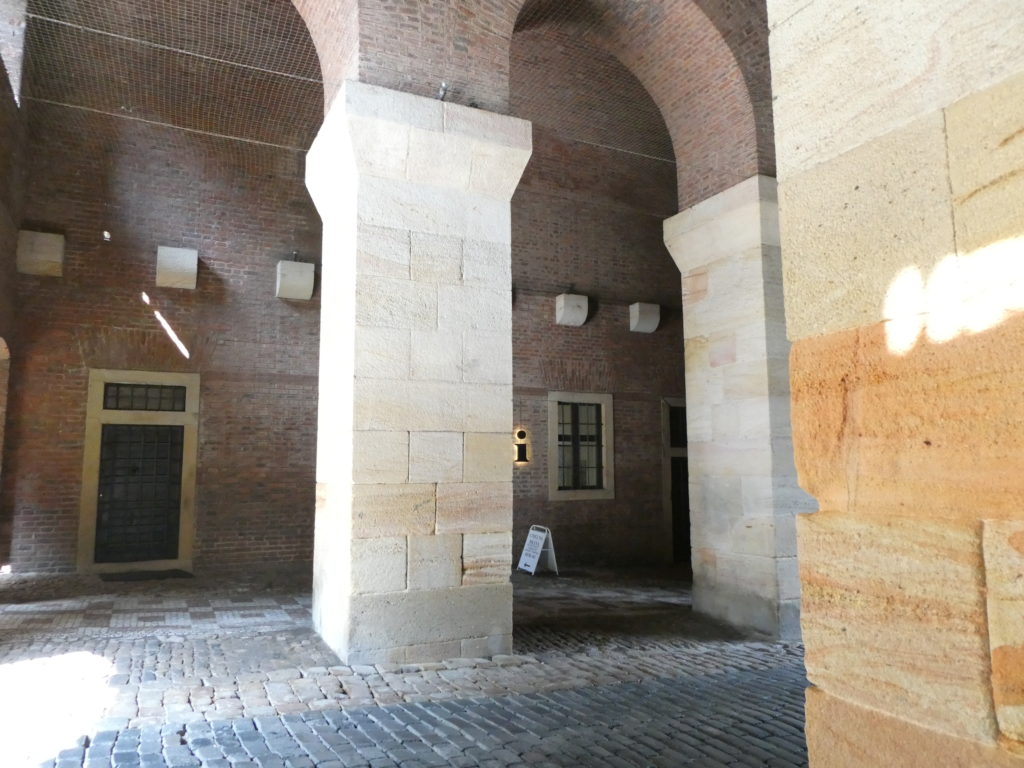 The tour starts with a frankly boring video which features illustrations of all of the old gates of the town. Most have been knocked down, so the video showed old drawings from the 1600s and modern photographs showing modern roads where they once stood. Same thing over again, with a model in front. However, what is interesting is a visit to the actual cellars. 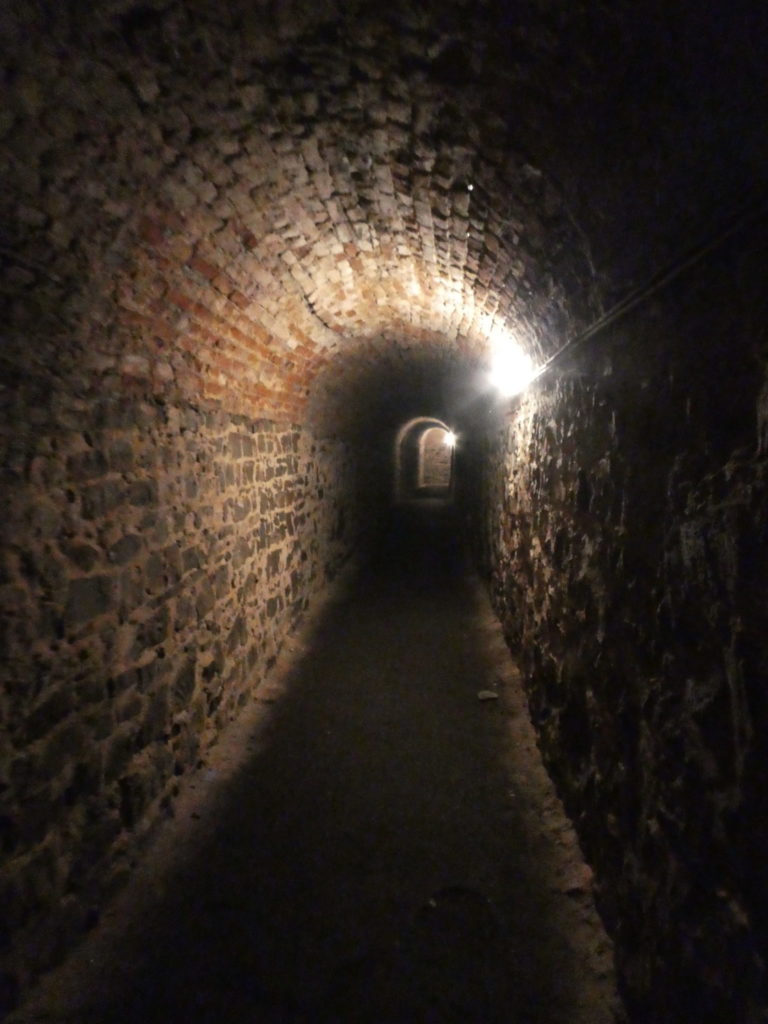 You’ll enter through a very dark and eerie tunnel, very long. There are some lights on a wire along the side, but halfway down the lights went off. Some kid started screaming and crying, as it went completely dark. Don’t know if the guide did it on purpose or by accident as the lights went on soon again! 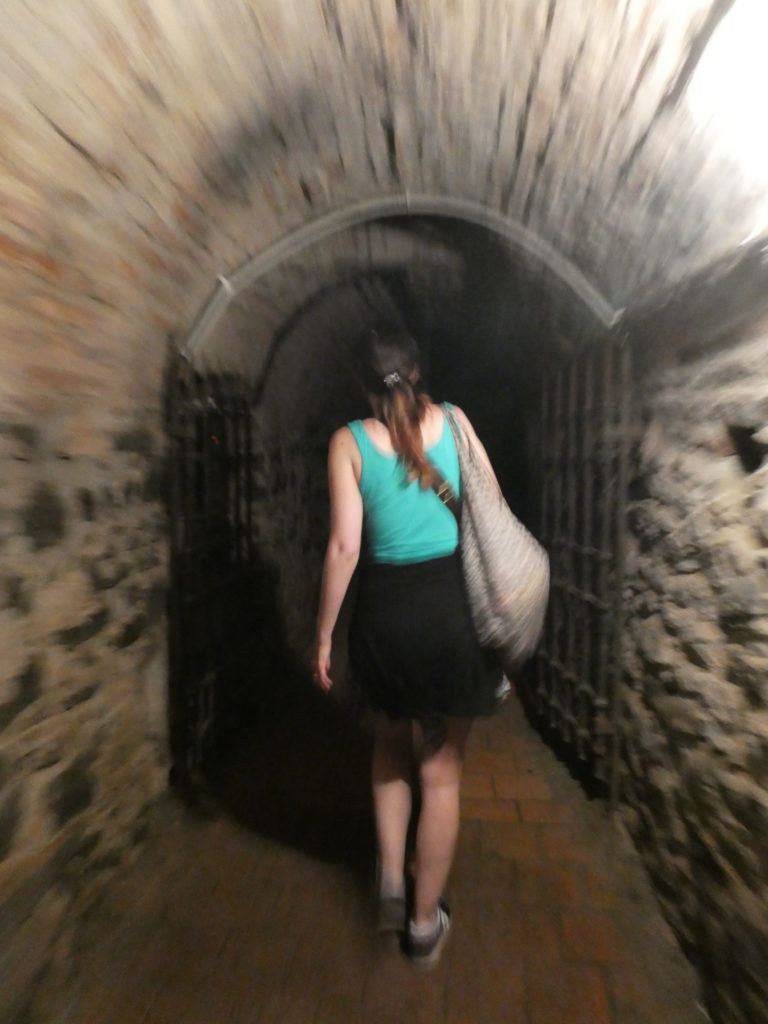 At the end of the tunnel is a big underground cellar, known as the Gorlice Hall. This room used to be on three levels, but was now just one room with timber frames still visible. It was pitch black when we got there, as we were the first in, since the guide was bringing up the rear. We walked in to one of the most eerie things ever. 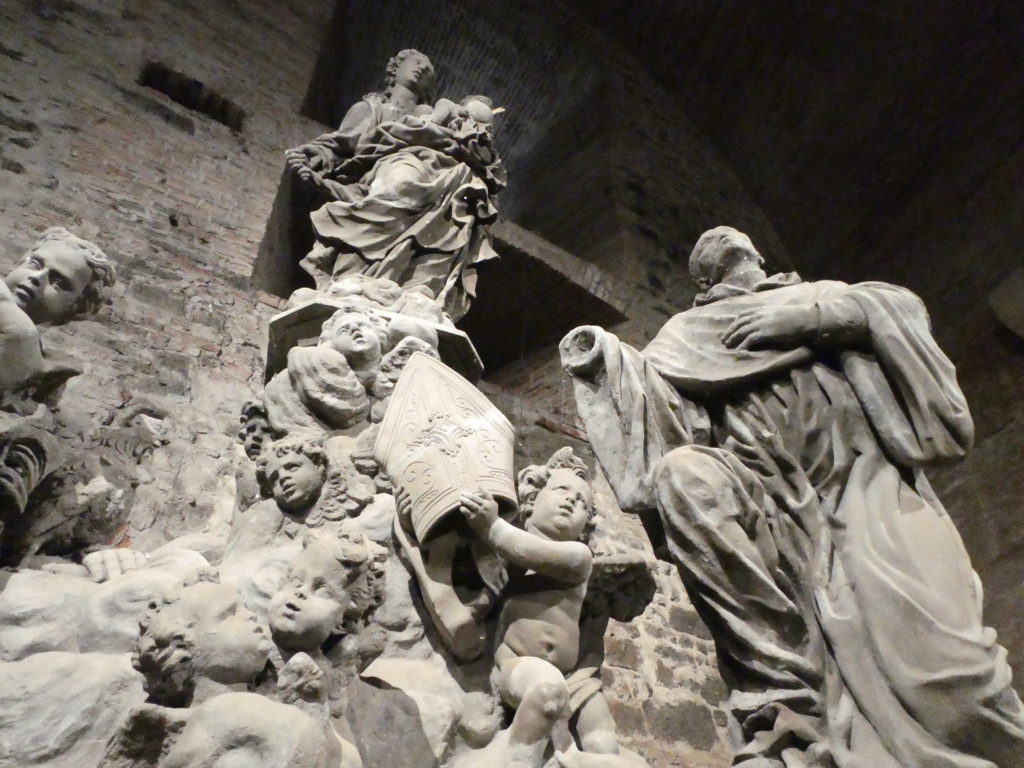 There were absolutely huge statues that we could just about make out. They are actually six of the original statues from Charles Bridge. The ones on Charles Bridge are copies of these, and are black with grime. These ones are well preserved in sandstone, so it is lucky they moved them when they did. They are saints and other religious figures. The shadows that they make on the wall are almost as entertaining as the statues themselves, and provide lots of opportunity for pointing out shadows that look like Batman, and suchlike. 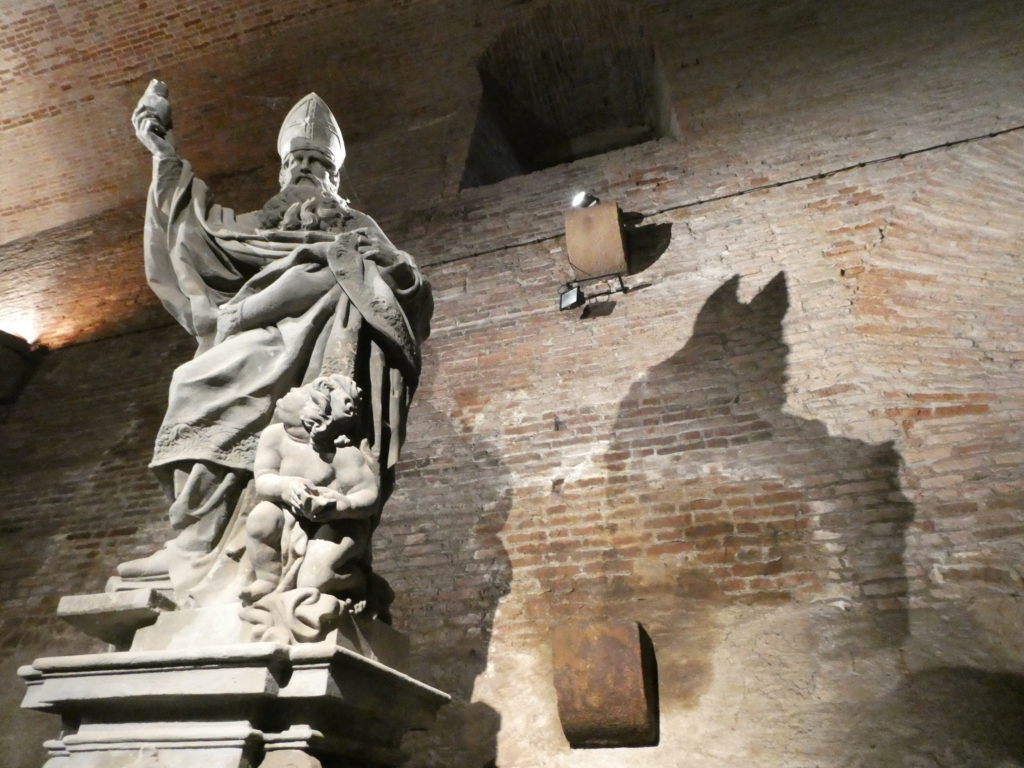 Vysehrad was the oldest seat of the Czech princes

The other thing that you can pay to visit is the Gothic Cellars. It is a short exhibition about the history of Vysehrad. It contains real artefacts that they found on the site, and history on the real stories as well as legends associated with it. There are plenty of these, as it was an early residence for Czech Kings from the 1200s/1300s. There are very old books, flags, and some more recent religious figures that looked like Father Ted and Dougal, which was quite funny. 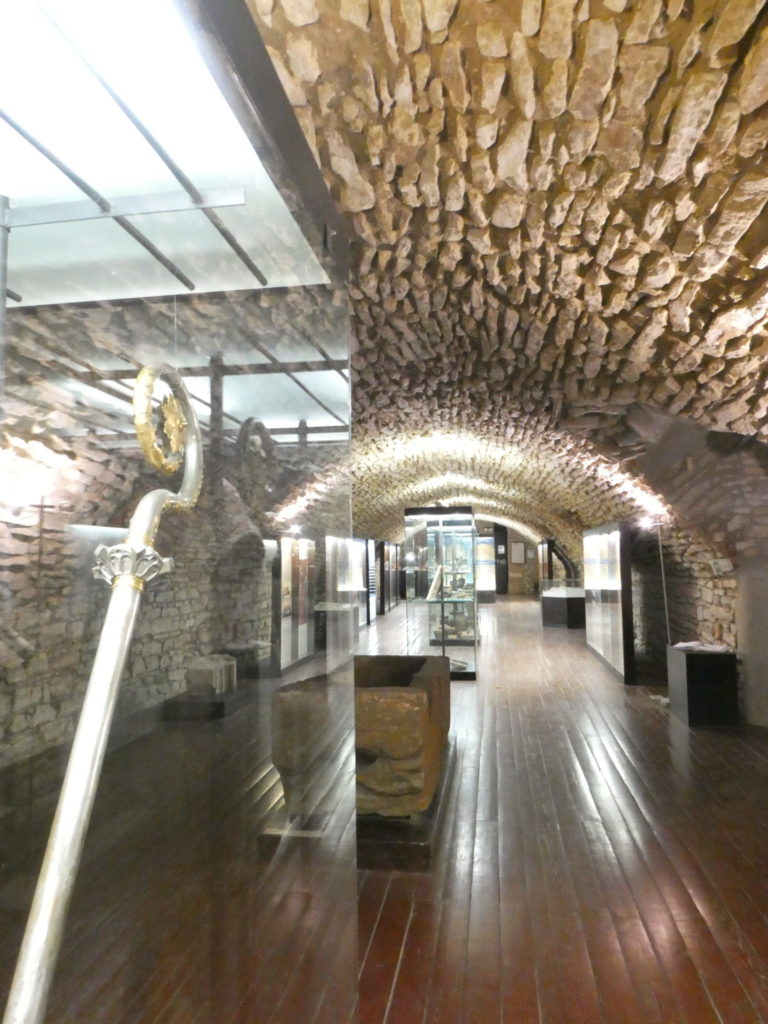 The downside to Vysehrad is the lack of signposting. We found the area to be devoid of directional signs. The ones that are there point the direction of something a long way away. Then, the directions disappear after a while, leaving you with little idea whether or not you are still going the right way! We visited on our final day in Prague, and so were limited by time, which made our visit more regimented than we normally like. Even so, Vysehrad is a fantastic place to while away a day exploring. 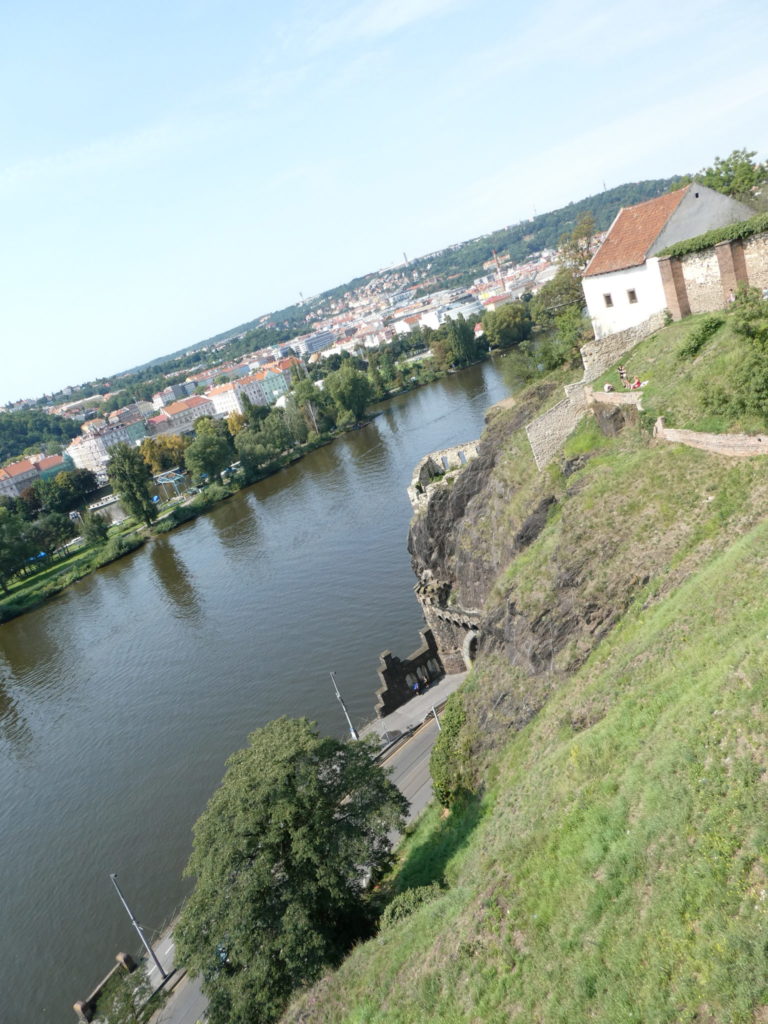 Have you been to Vysehrad? Any other tips?