Secret Dates: I Have Confidence

A cute surprise to come home to

If there was ever any doubt that I have the cutest wife in the world, then here is the proof! Although the vast majority of our secret dates are planned by the two of us together, we do make a point to sometimes surprise each other. We use the term dates in the loosest terms really, since it is more moments or experiences that count. Every now and then, we find ourselves unable to fit in a secret date on a particular week. Therefore, one of us will often plan something special for the other that won’t take up an entire day or evening.

After a long day at work, and a forty five minute walk home, Amy seemed keen for me to come upstairs but was insistent that I don’t go up on my own. The reason was that she had planned the cutest secret date ever. As I have handed my notice in at work, and we are going travelling together, she did her own version of the ‘I Have Confidence’ secret date. I’d done this for her last year before she had an operation. It involved playing her the song from The Sound of Music, then recording my own message of support at the end. 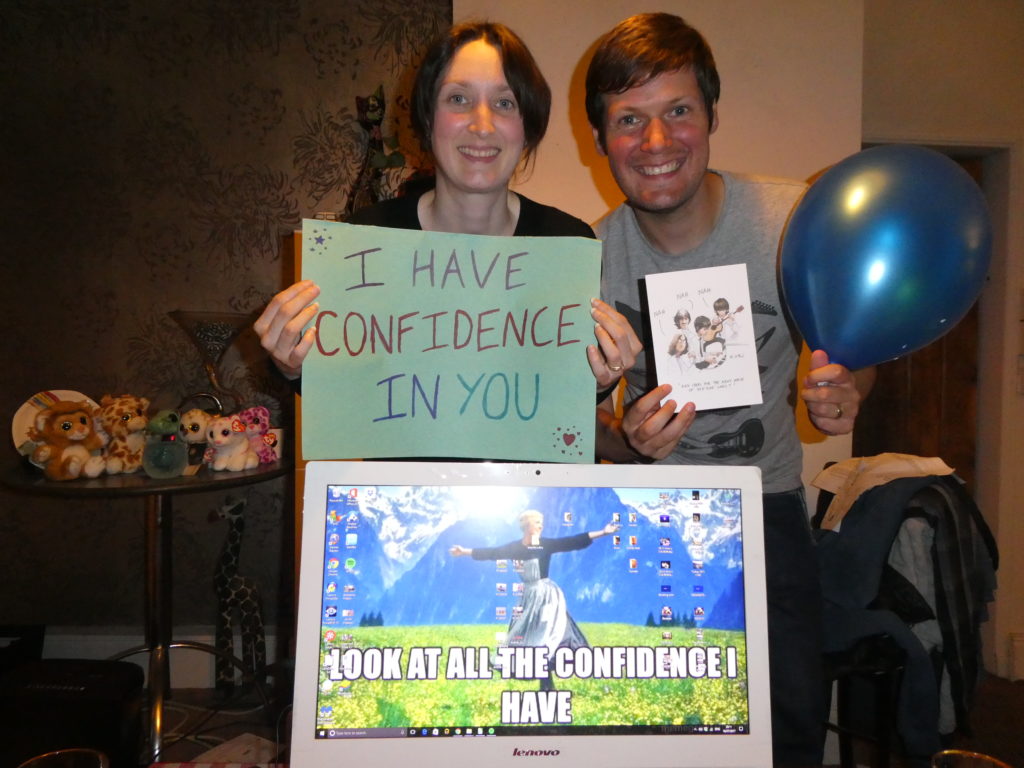 This is how to show you have confidence in your partner

Amy went fifty times better than this. Straight upon entering the room, I was faced with a homemade sign on the wall that said ‘I Have Confidence in You’, with a balloon. On the computer was a Sound of Music screensaver, and there was a card waiting for me. The card was hilarious, with a Beatles’ Hey Jude joke, and a lovely message from Amy, filled with heart-shaped confetti. The piece de resistance, however, was the song. Amy didn’t just play the song on YouTube like I did.

She used Snapchat to create no less than twenty seven short videos of herself, in various guises, performing the song. In some, she had her own voice, and sang it beautifully. In others, she was all cute and sounding like a chipmunk! She also acted out parts like shouting ‘Wake Up’ at one point. It was the best thing ever. I honestly couldn’t believe how good it was. It really did fill me with confidence that we have made the right decision. We can now look forward to some truly amazing times! Here is the video.

Have you ever made a video like this for your partner? Tell us in the comments!