We’ve spent so much time exploring London that we have literally pages worth of great romantic ideas for you and your partner. Seriously, we have written it down! We had to try and narrow it down a little, so decided to split London into smaller geographical areas. This is a rather informal thing as ‘East London’ isn’t an actual place with a definable border. However, if you’re based in the vicinity, then definitely check out some of these options for awesome date ideas. 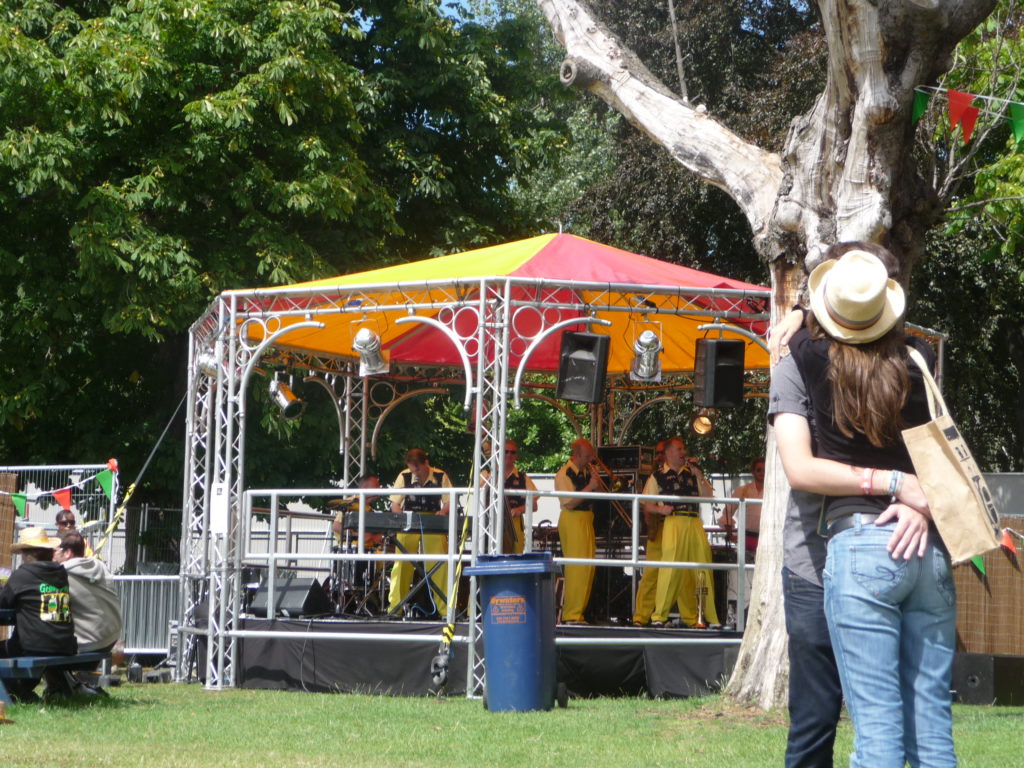 Lovebox is a two-day music festival, held in Victoria Park. Apart from Glastonbury, of course, it is one of the most creatively designed festivals we have been to. A bowling alley, vintage fashion fair, and a tree house are just some of the things you can expect to see. Duran Duran, Florence and the Machine, NERD, and Mark Ronson are just a few of the acts we have seen perform here. 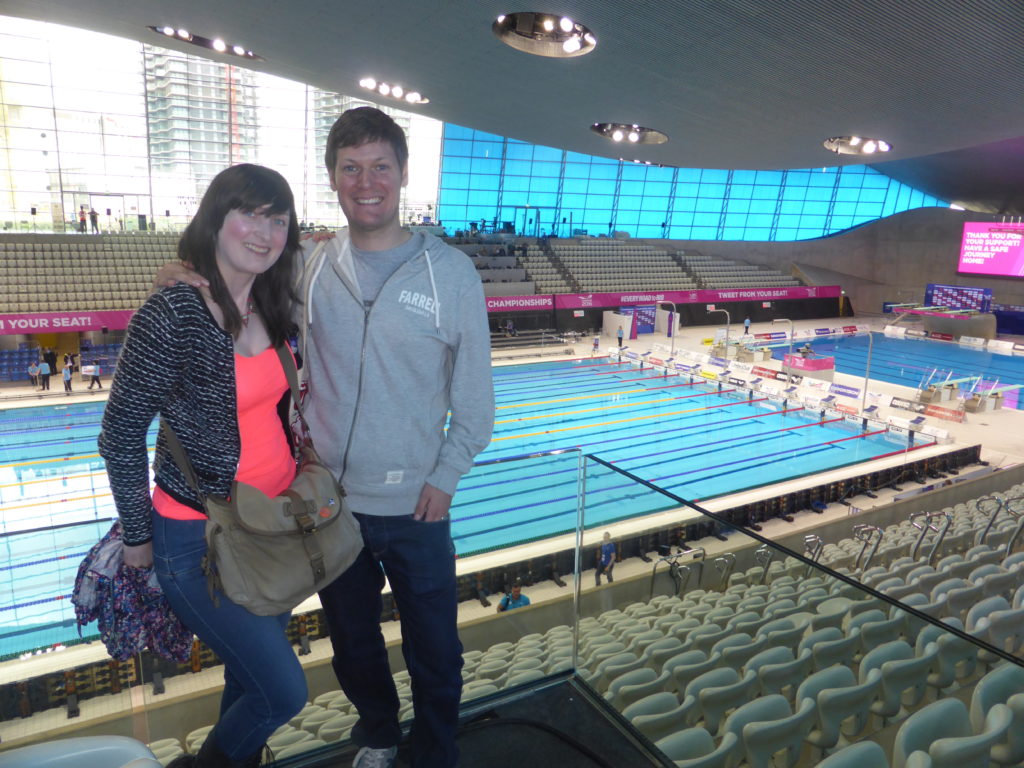 The Aquatics Centre is one of London 2012’s most iconic venues. The stingray design, by Zaha Hadid, is a striking backdrop for photos. Did you know that it is available for public swimming nowadays? It costs just regular leisure centre prices too! We saw the Synchronised Swimming final of the 2012 Olympics there, and also the 2016 European Aquatics Championships. 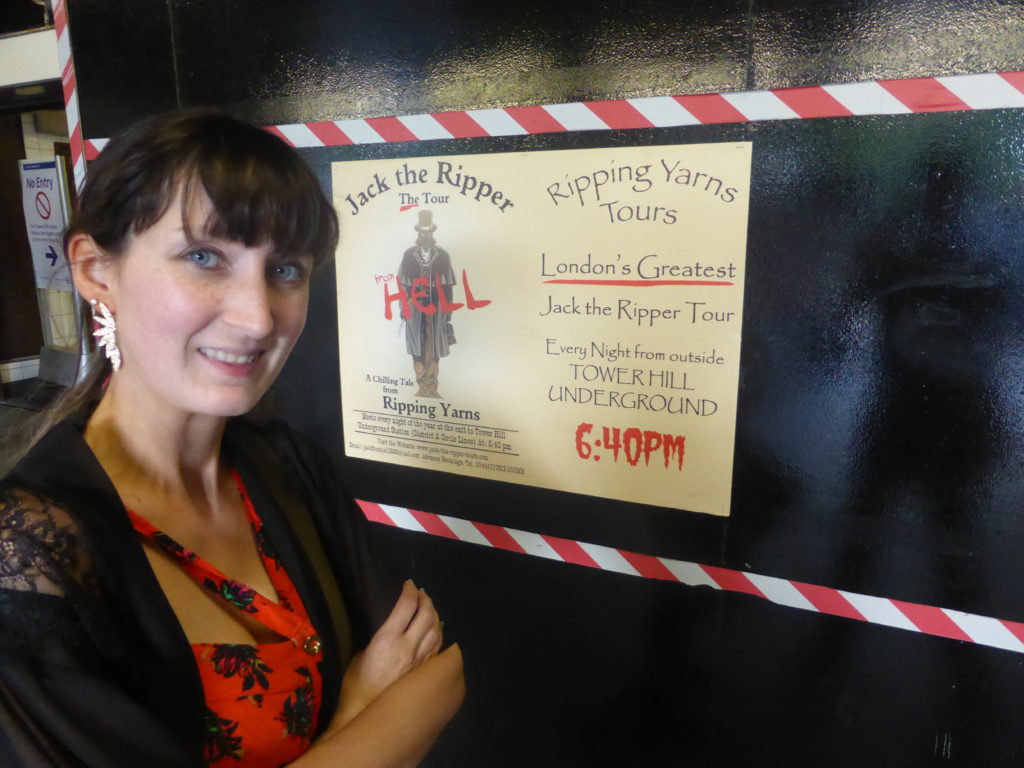 These tours actually start from Tower Hill, but the sites you are taken to are all around Whitechapel. Of course, these were the scenes of the murders of Jack the Ripper. This notorious serial killer caught the world’s attention back in 1888, and still attracts much debate to this day. Who better to guide you around the area than an actual Beefeater from the Tower of London? Ripping Yarns guides are all active Yeoman Warders, and their guiding skills are quite literally second to none. 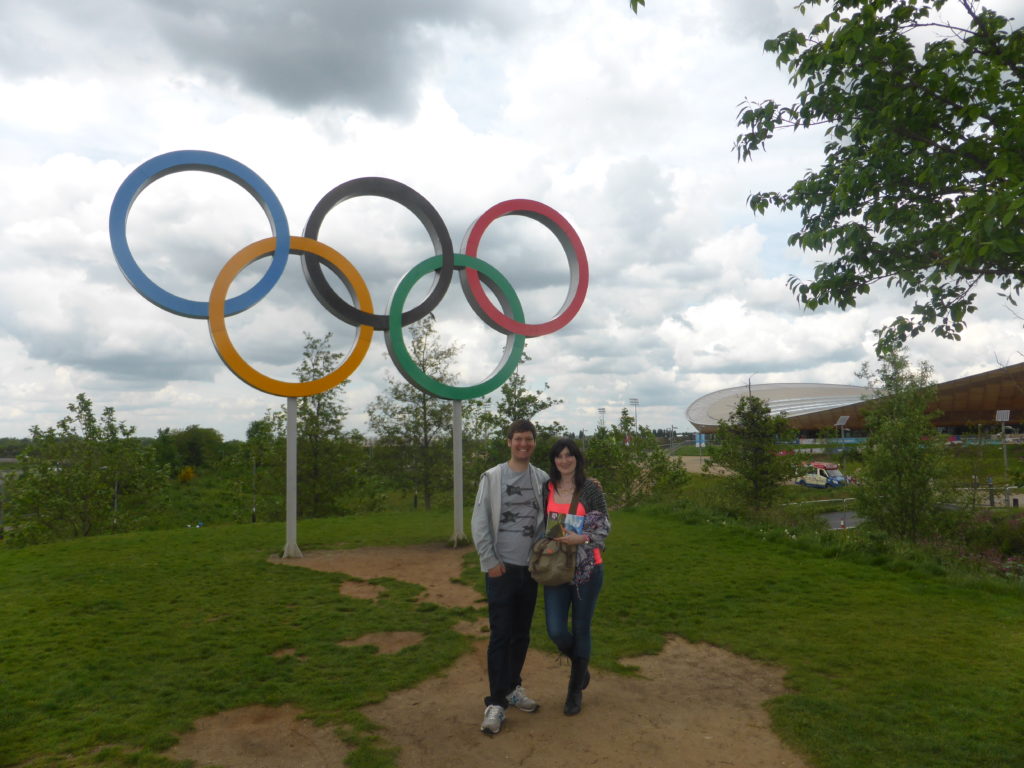 This sprawling site was the focus of the world back in 2012 for the London Olympics. Unlike a lot of Olympic Parks around the world, London has done a marvellous job of maintaining it as a great attraction in its own right. You can follow all sorts of trails, with many of the impressive artworks created for the Olympics remaining in place. We highly recommend the Art in the Park trail. 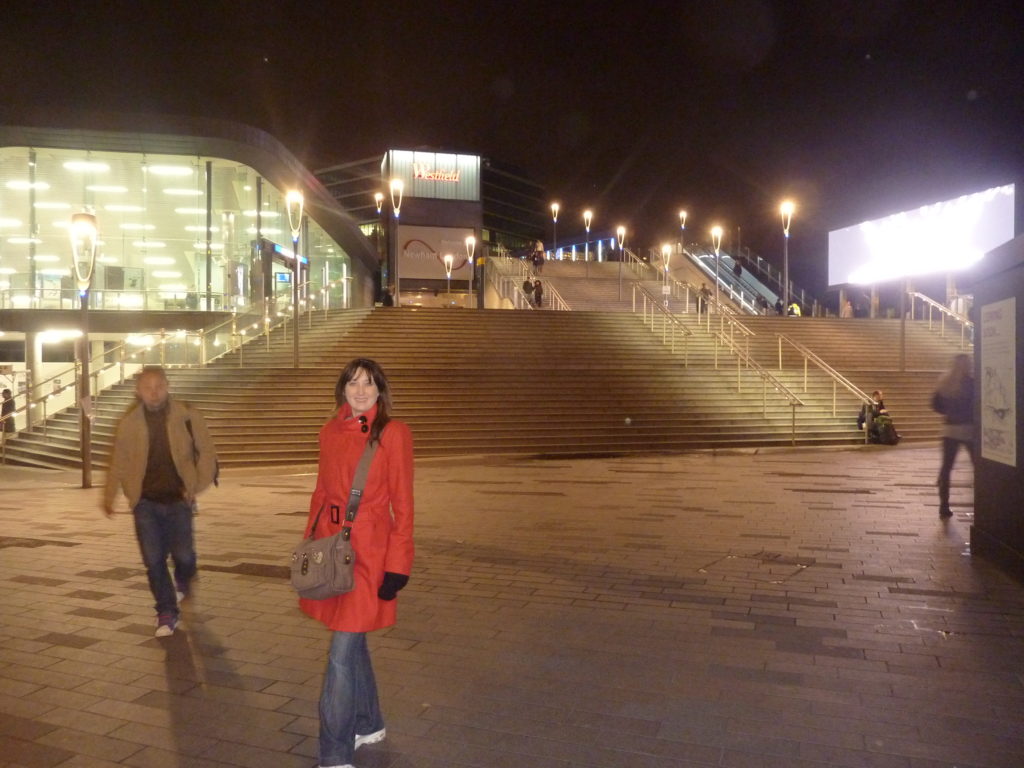 One of the largest shopping centres in Europe, this Stratford landmark was also built for the Olympics. We spent way too much time in there during rehearsals for the Olympics Opening Ceremony – did you know that we both performed in it? Only a billion people watching, no big deal! Westfield is a very modern place, and they even use technology to harness the power of all of those footsteps on the floor tiles to provide energy! 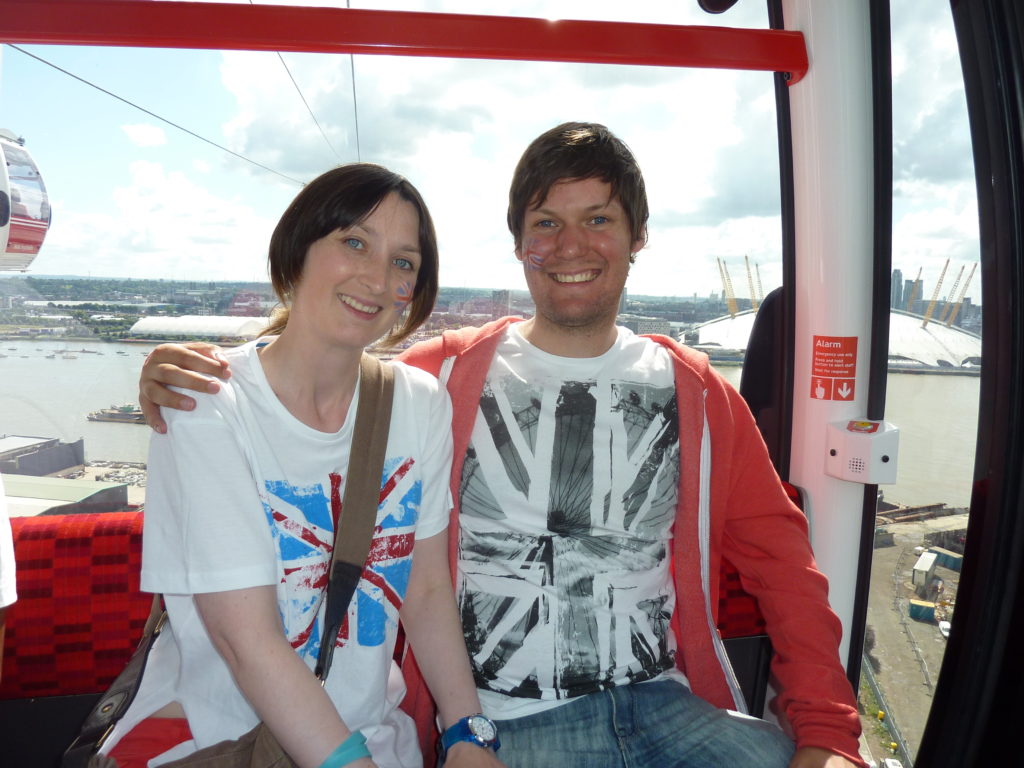 How about this for a unique view of London? This cable car system takes you over the River Thames between the ExCeL Centre, and the O2 Arena. To be honest, it is seen by most Londoners as a white elephant. However, there is no denying the appeal of a cable car over London to a romantic couple. What’s more, the prices are ridiculously low! 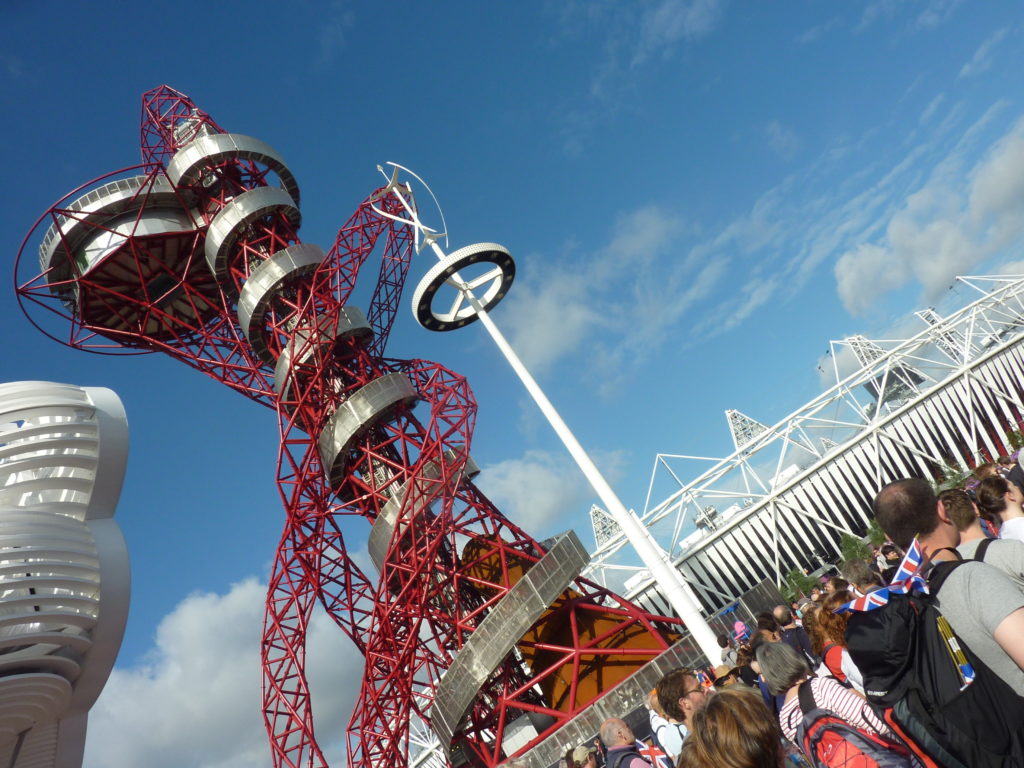 The UK’s largest sculpture is a fully interactive experience. At 114.5 metres tall, it was designed by a Turner prize winning artist (Sir Anish Kapoor). You can actually climb the spiral walkway to a viewing platform near the top, which offers views into the Olympic Stadium, over the Olympic Park site, and of the wider London skyline. They have recently added the opportunity to go down the Orbit in the world’s longest and tallest slide. How cool is that? 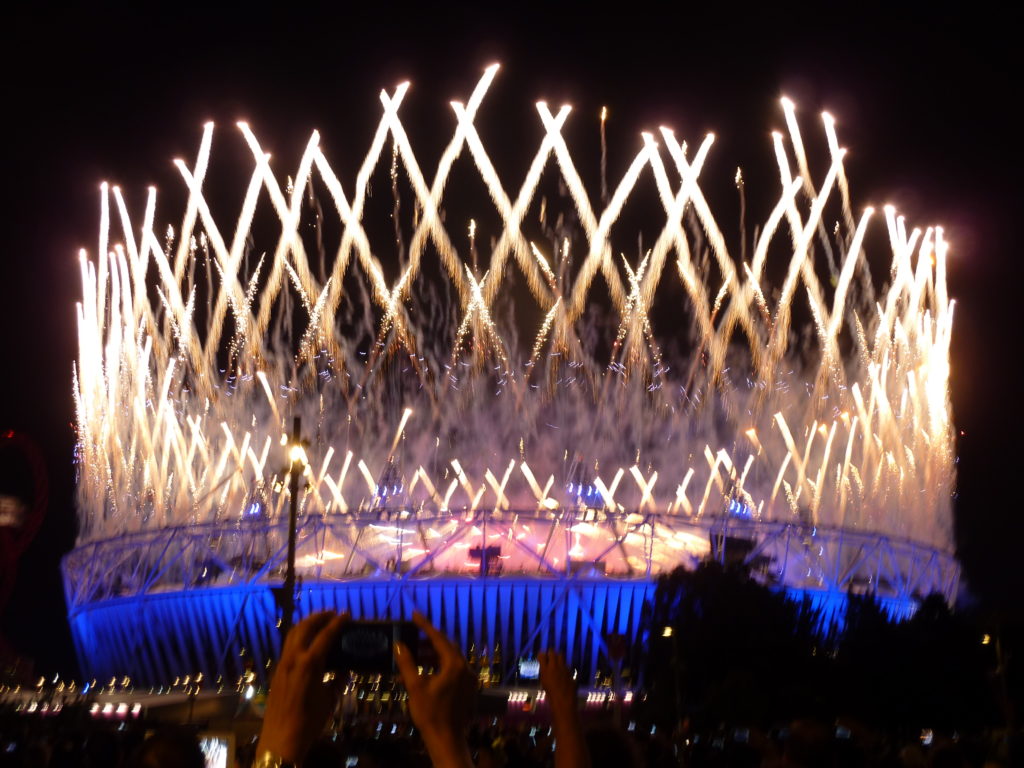 The site of one of the best days of our lives – the London 2012 Olympics Opening Ceremony. We helped to create the world’s biggest ever set change by ripping apart the green and pleasant land, and replacing it with the fierce landscape of the Industrial Revolution. We stood, hand in hand, underneath the Olympic rings that had been forged with molten steel. No-one will ever have a more romantic moment than that. The stadium has been altered slightly, and you can now watch athletics events, Premier league football, or the world’s biggest music artists within its space. 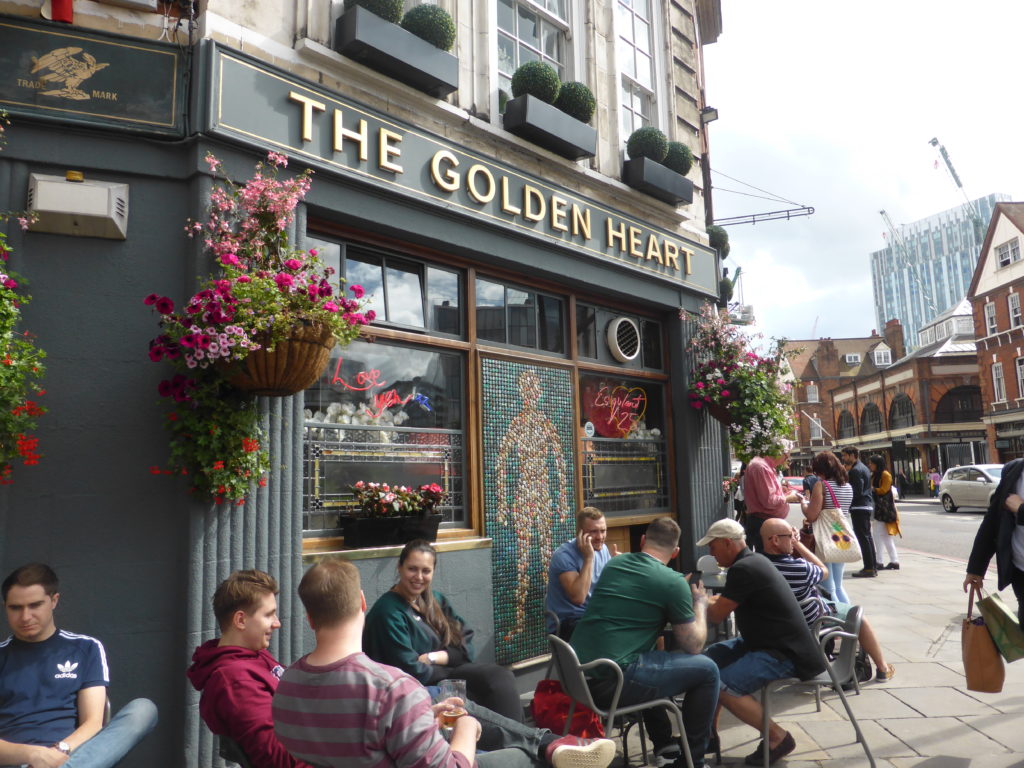 This typical East End boozer in Spitalfields was the famous haunt of the Brit Pack. Drinkers included Tracey Emin, and Gilbert and George. In fact, original Tracey Emin artwork adorns the walls. It is mega cosy in the winter due to its beautiful fireplace, but in the summer you can sit outside and partake in some of the best people-watching in the world! 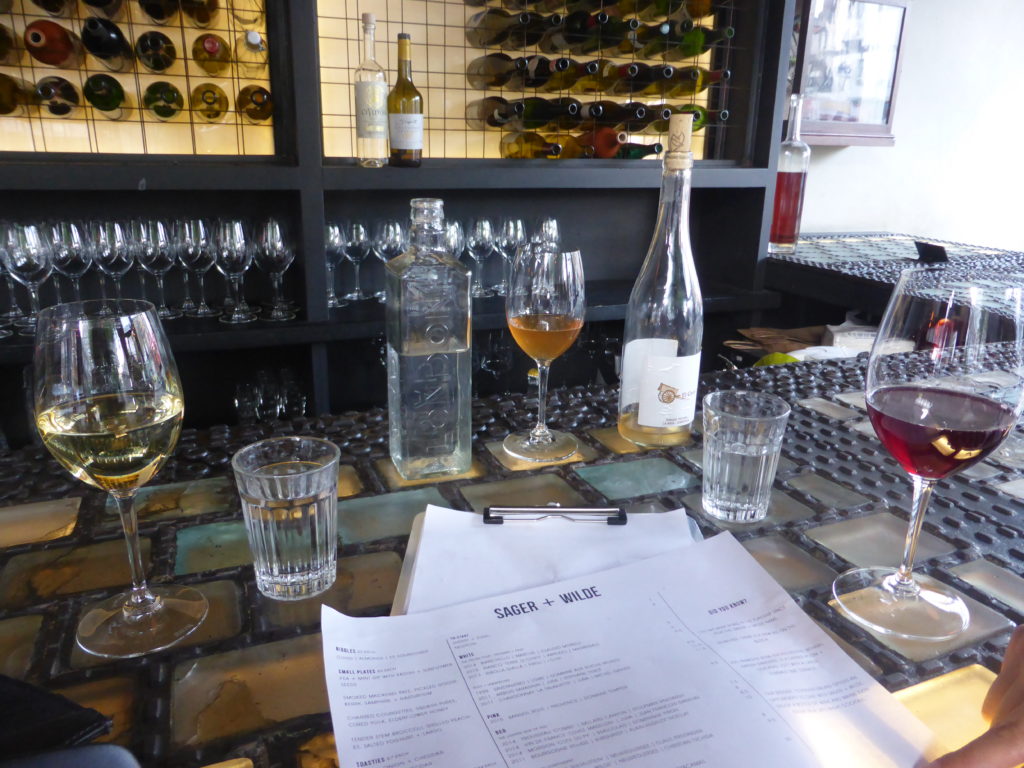 This smart urban wine bar on Hackney Road is one of the finest in London. We recommend getting a seat at the long iron-grate bar, and getting a few different glasses of wine and a couple of small plates. The selection is of the highest quality imaginable, and if you have never tried orange wine, here is the place to change that! 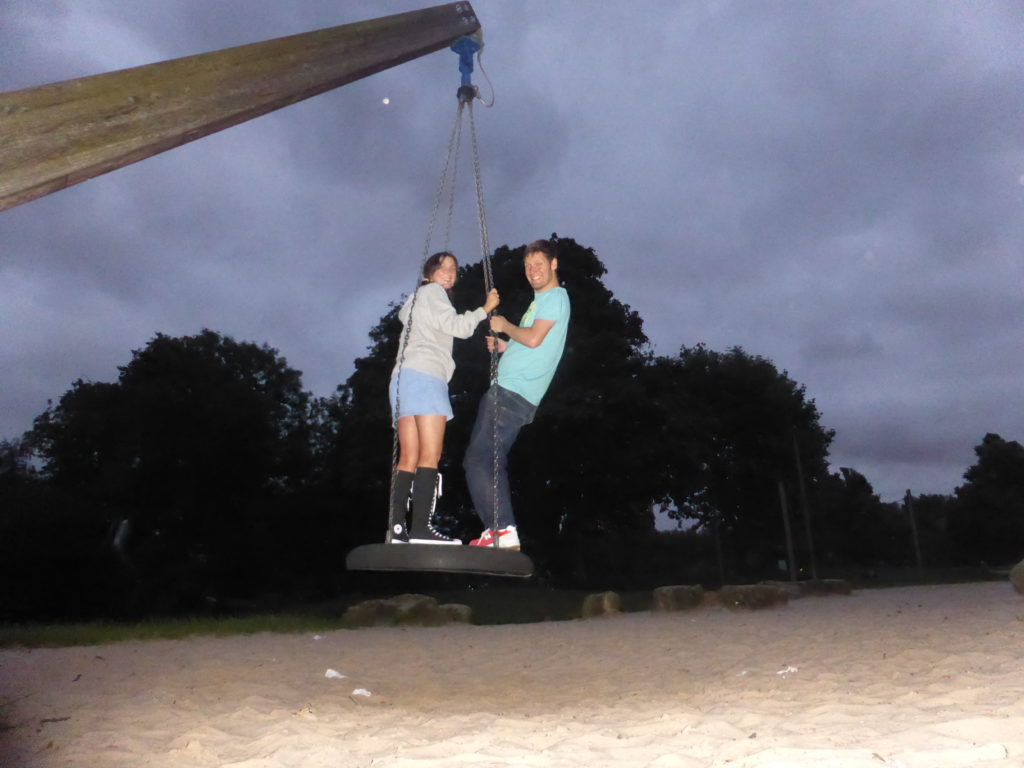 This beautiful sprawling park was the very first public park in London. There is always romance to be had in here, from a picnic during the warmer months, to a brisk walk in the winter, holding hands with gloves on. Our top tip, however, is to head to the playground in the early evening, when all the children have gone home. You won’t be the only ones! Roundabouts, bouncing tiles, wobbly logs to balance on – you will have the time of your lives. Don’t miss the spider’s web climbing net, swinging in a hammock over the sand pit, and of course, the high ropes course. It’s completely free! 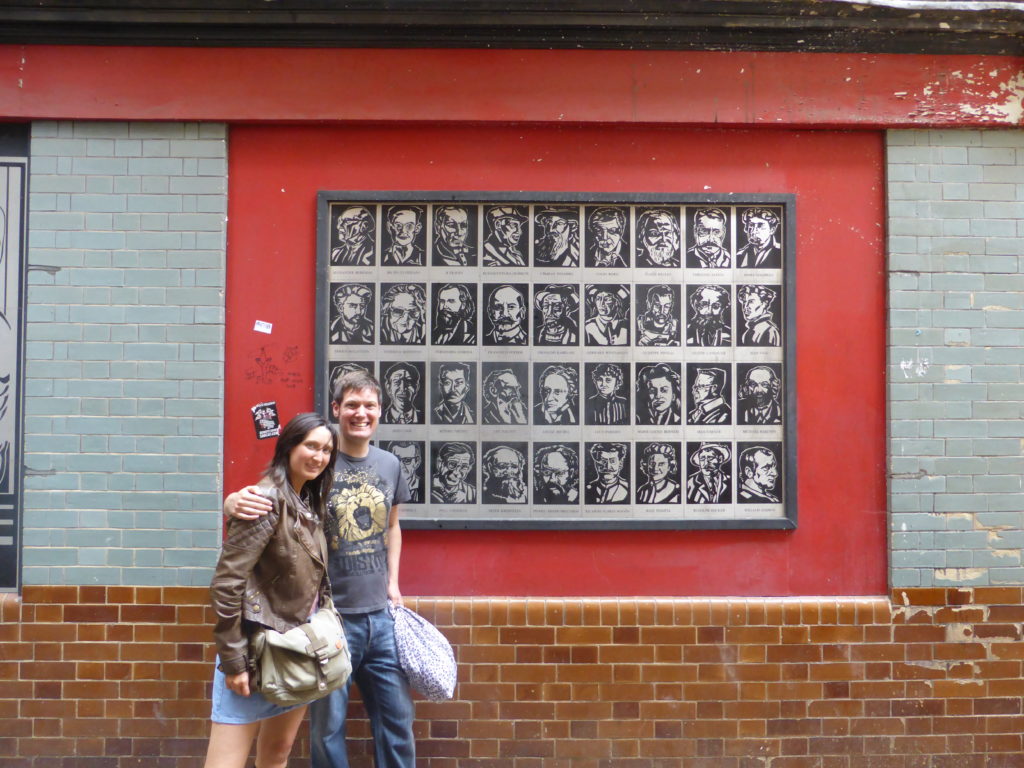 This is the oldest anarchist publishing house in the English speaking world. It has been here since 1886, and survived various attempts to ruin it, including a recent arson attack. The shop itself is very interesting, down a rather dingy alleyway. You are bound to find something to read that will challenge your assumptions about the world. Don’t miss the mural of anarchists throughout the ages on the wall outside. 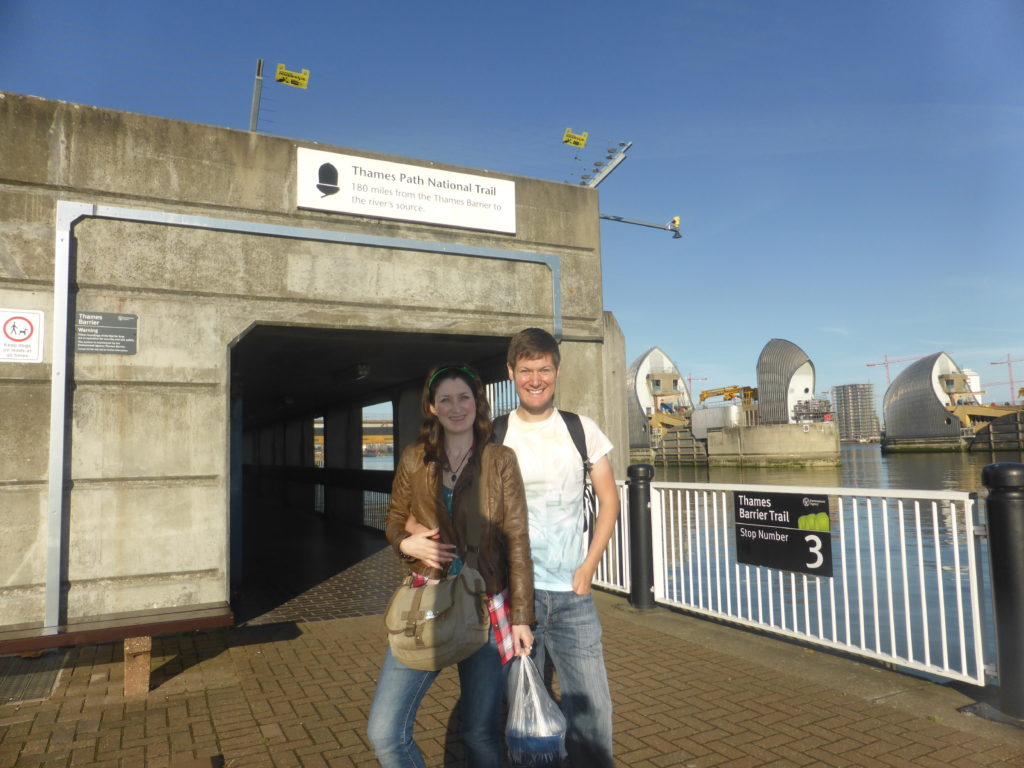 An amazing way to spend a pleasant day in London is to walk the Thames Path, all the way from the Thames Barrier, to Tower Bridge. It is fantastic to think that you can do such an interesting hike so close to central London. The Thames Barrier itself is worth seeing, as it looks like something from a sci-fi movie! The trek will be around ten miles, so allow plenty of time. You will see wildlife such as cormorants, immense industry, and unadulterated affluence on the walk. Not to mention, the iconic sights of Greenwich, the O2 Arena, and of course, Tower Bridge!

Have you explored East London with your partner? What must-see things to do have we missed off?