The Romantic Couples Guide to the City of London

One of only two cities within London (the other being Westminster), the City of London is one of the world’s top financial centres. As a result, the area exudes affluence. However, amongst it is some of the city’s oldest history, dating back to Roman times. The London Wall that once surrounded the Roman city of Londinium is still visible in places, as well as the remains of a magnificent amphitheatre. The area was badly hit in World War Two, which decimated much of its historical buildings. Of course, it was worst hit by the Great Fire of London in 1666. However, despite this, the area has much to offer a couple looking for an amazing trip. Here are some of our must-sees for a visit to the City of London. 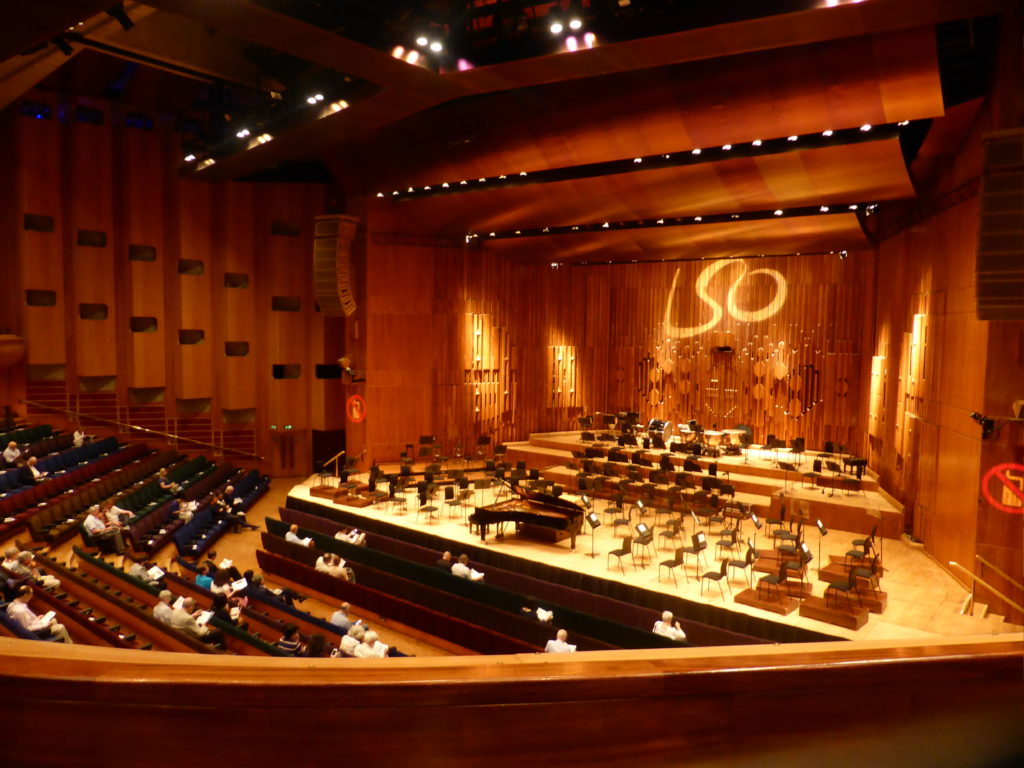 If you like brutalist architecture, then this 1960s marvel/monstrosity will delight you. However, the arts centre itself is a hive of culture. One of the top things to do inside is to see a performance by the world famous London Symphony Orchestra. The orchestra has its home in the Barbican Hall. It is the very same orchestra that you will hear on the soundtracks to many of the world’s most famous movies, including Star Wars, Superman, Harry Potter, and Indiana Jones. 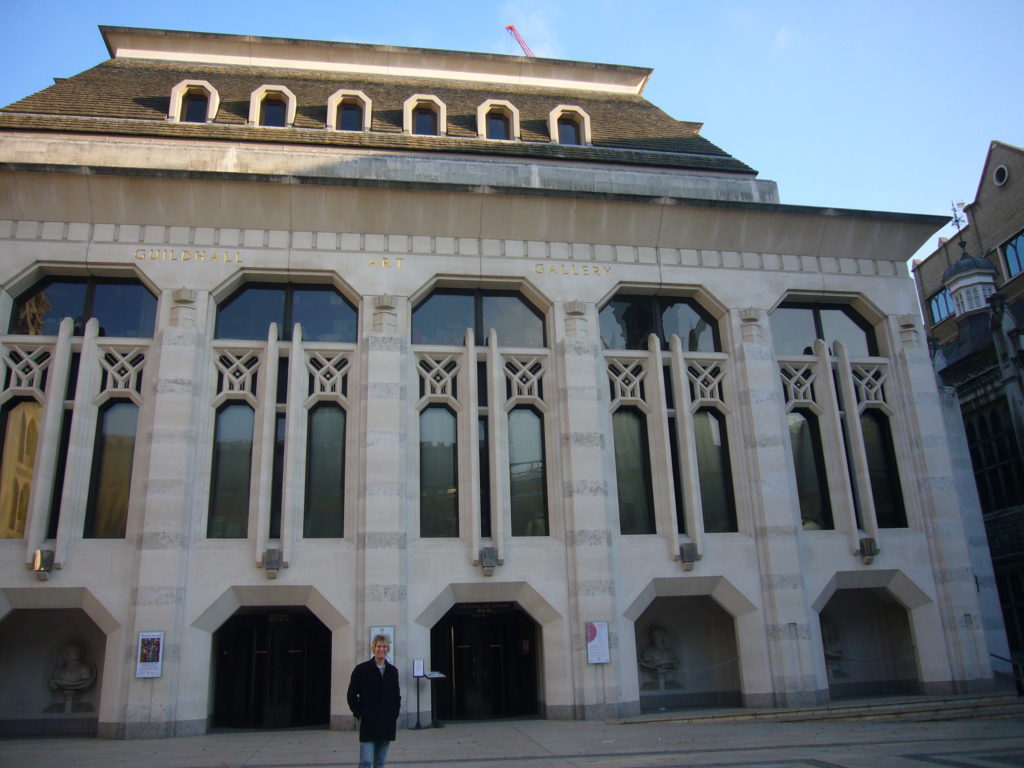 The extravagant Guildhall is home to many attractions. However, the two unmissable ones in our opinion are Guildhall Art Gallery, and the Roman Amphitheatre. The Art Gallery is housed in a beautiful building that only dates back to 1999. Despite this, it looks every bit a part of this grand old building. The collection contains a lot of works related to London by artists such as Millais and Constable. It sits above London’s Roman amphitheatre, which unbelievably wasn’t discovered until 1985! 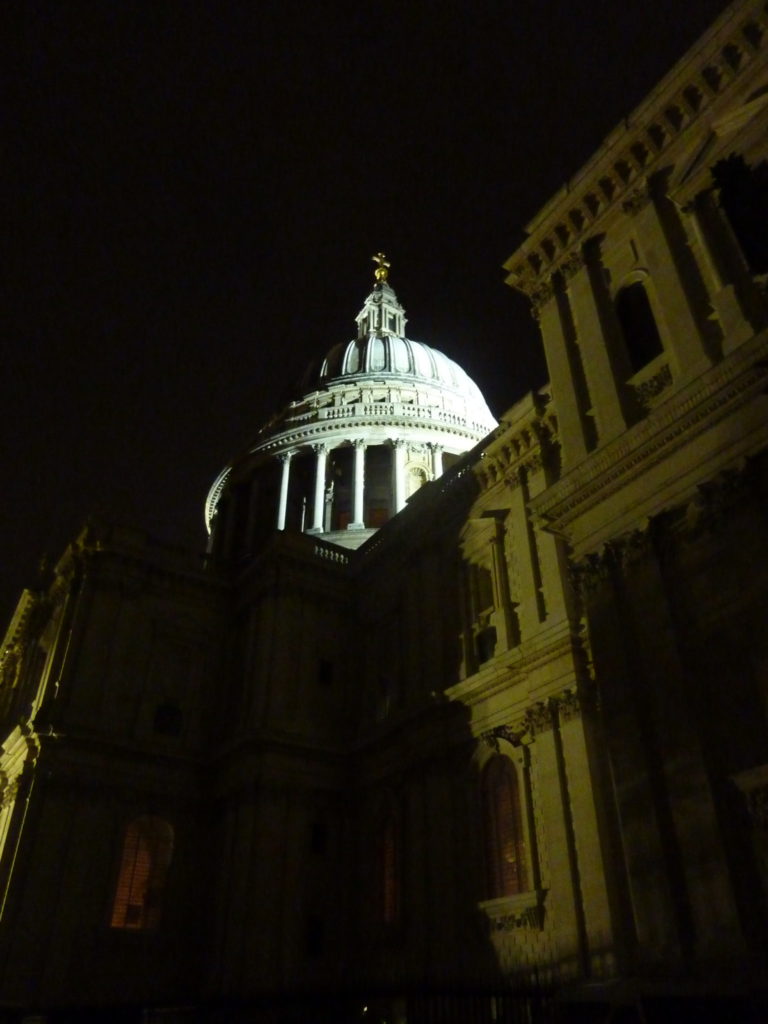 Christopher Wren’s masterpiece is one of London’s icons, and a true wonder of the world. Although a church has been on this site since the early seventh century, the current one was rebuilt after the Great Fire of London in 1666. Until quite recently, it dominated the city’s skyline. The funerals of many important national figures, such as Lord Nelson and Winston Churchill, have taken place here. It was also host to Charles and Diana’s wedding, and the Jubilee services of both Queen Victoria, and Queen Elizabeth II. It is well worth paying the entrance fee to look inside. However, if you are short on money, you can attend a service such as Evensong free of charge.

MONUMENT TO THE GREAT FIRE OF LONDON 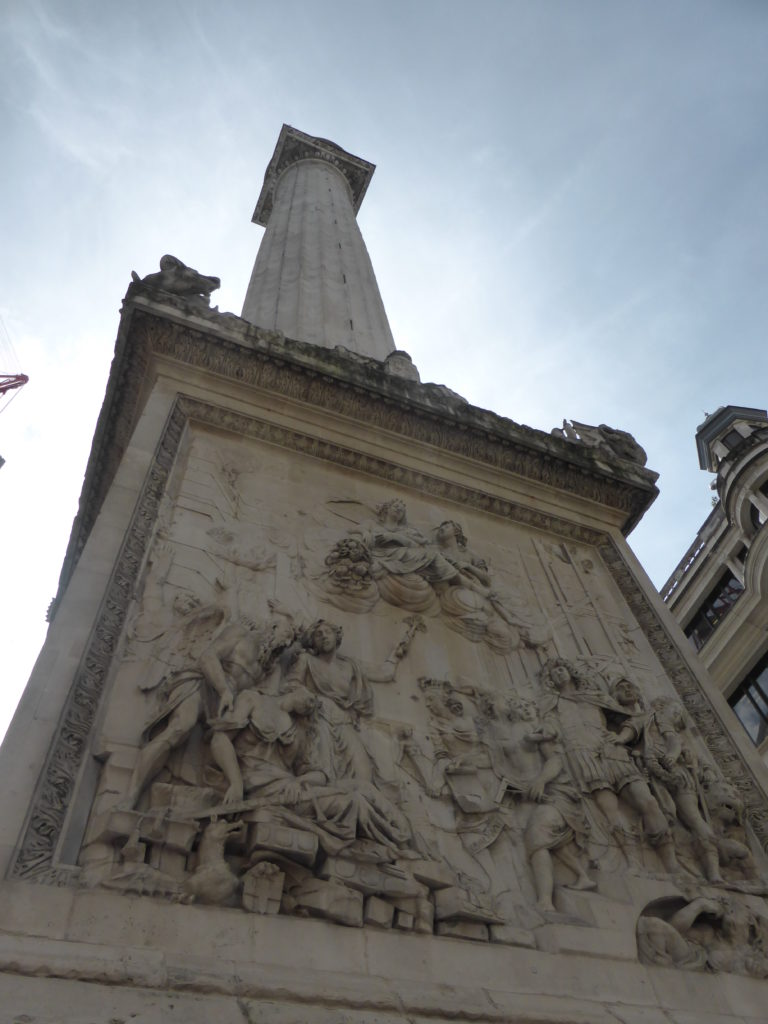 This Doric column commemorates one of the city’s most challenging times, the Great Fire of London, in 1666. The column was co-designed by Christopher Wren, and is as high as it is far away from the bakery in Pudding Lane where the fire began. You can climb its 311 steps for amazing views of the London skyline. Don’t worry though, as you can’t fall out due to the wire netting! If you like, you can walk to the Golden Boy of Pye Corner monument, which marks the point where the fire was stopped. 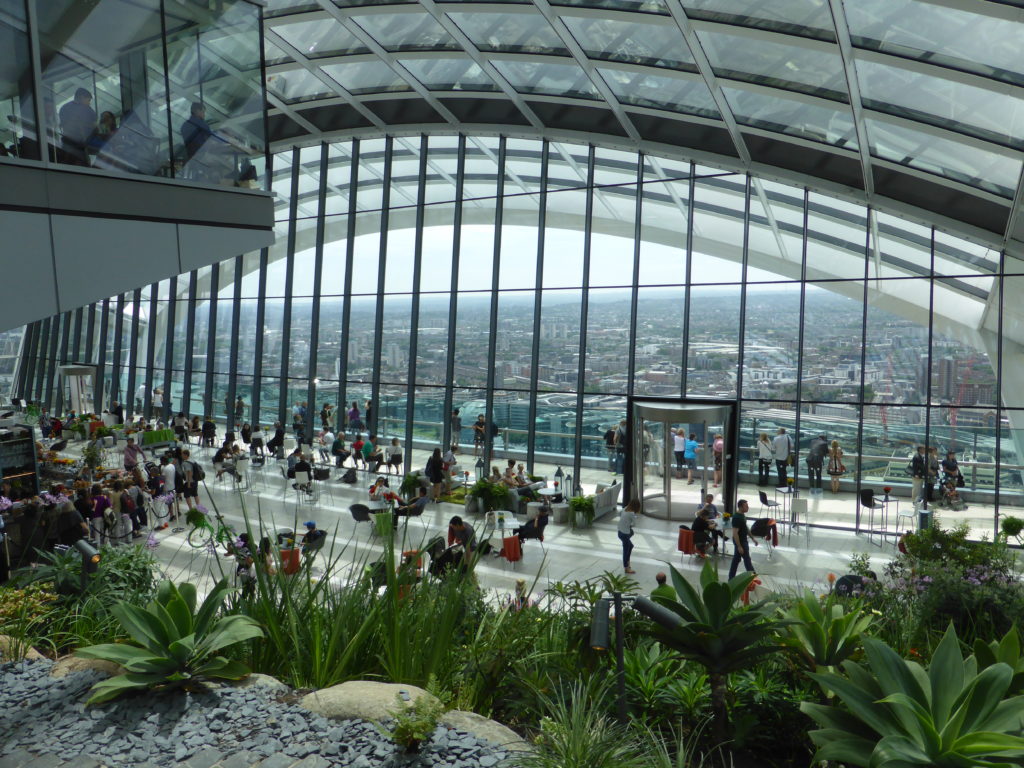 The Walkie-Talkie Building at 20 Fenchurch Street is one of London’s most recent high-rise landmarks, coming in as the twelfth tallest building in London. The great news is that you can visit the Sky Garden on the very top floor, free of charge. Most similar attractions, such as The Shard, charge a pretty penny for a similar experience. Be warned, however, that you have to book in advance, and security measures are extremely strict. 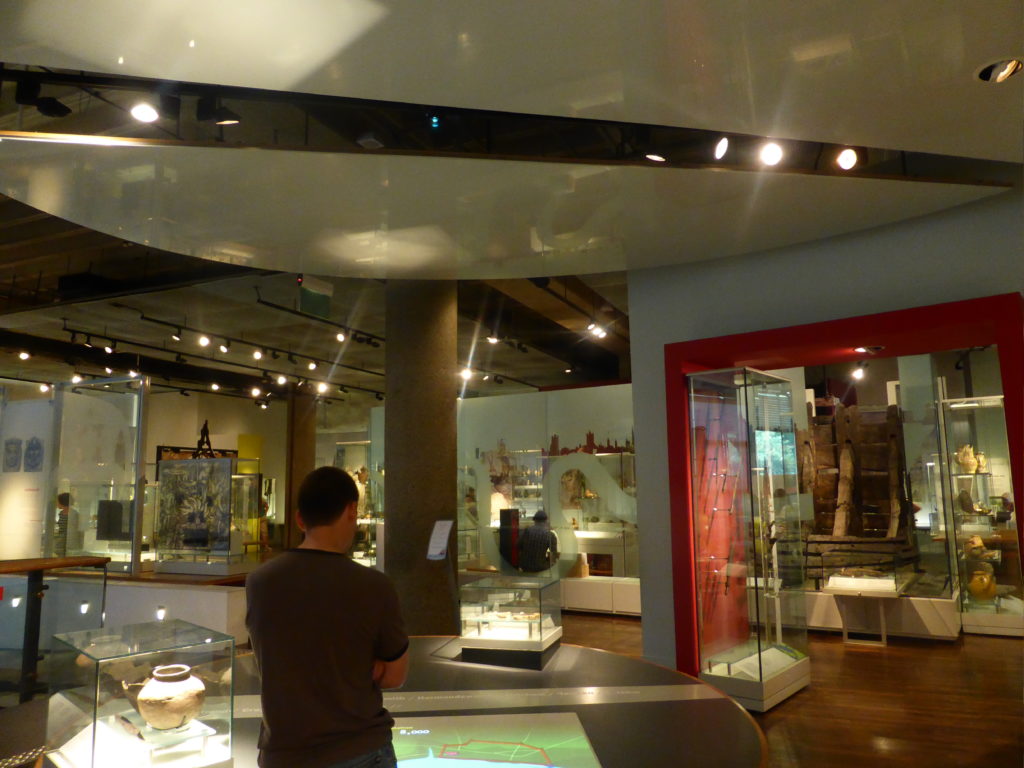 If you want to learn more about the long and fascinating history of this great city, this free museum is the place to go. It stretches from prehistoric times to the modern day. Items include the Lord Mayor’s Coach, an art deco Selfridges lift, and the London 2012 Olympic Cauldron. With more than six million objects, it is the largest urban history collection in the world. 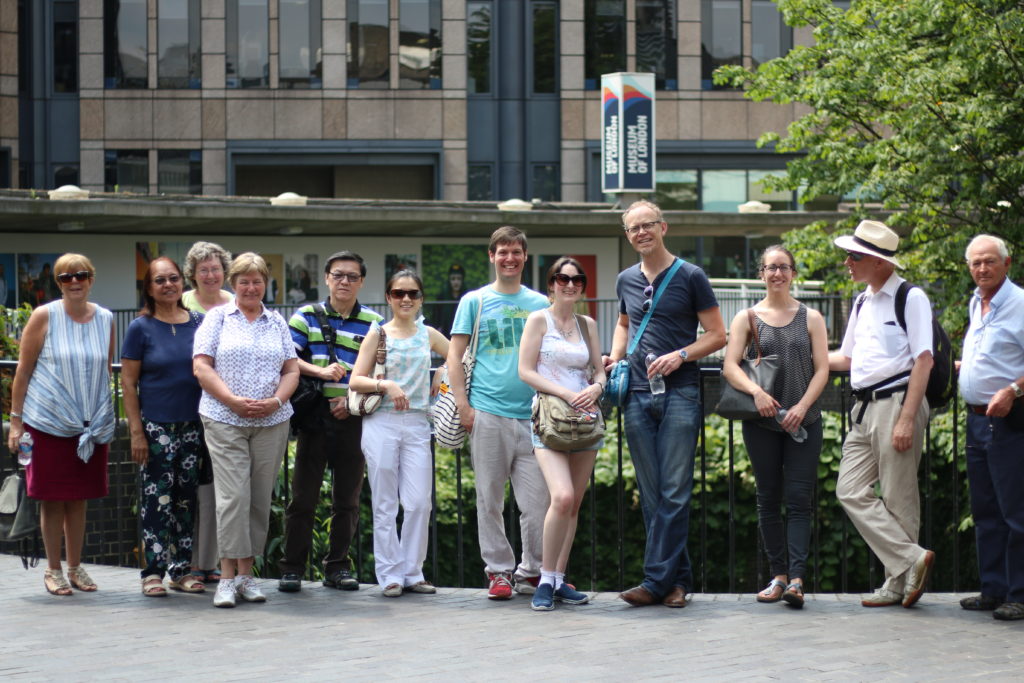 Many notable figures from church history have history in the streets of the City of London. Christian Heritage London run excellent guided walks, which show you places associated with them. You can see where John Wesley’s heart was strangely warmed, the prison which Elizabeth Fry visited, the site of the burning of the first translations into English of the Bible, and where John Newton (who wrote Amazing Grace) met with William Wilberforce to discuss the abolition of slavery.

What are your City of London highlights? It is a great area to explore, do you agree?