Appetite Stoke have pulled it out of the bag again with this year’s outdoor spectacular, Water Fools by ilotopie. We have to say that we felt like fools heading out to Central Forest Park in torrential rain, with ponchos and brolly at the ready. However, the show more than made up for the British summer’s traditional unpredictability. Or should that be predictability, since you can bet your life it will rain should you plan to spend a specific evening outdoors!

ilotopie is a theatrical company from the South of France, who have been brought to Stoke-on-Trent as part of the Appetite programme, which aims to increase experience of the arts in the area. Their show, Water Fools, is set completely on water. In this case, the lake at Hanley’s Central Forest Park. We’ve never seen anything quite like it before, have you? 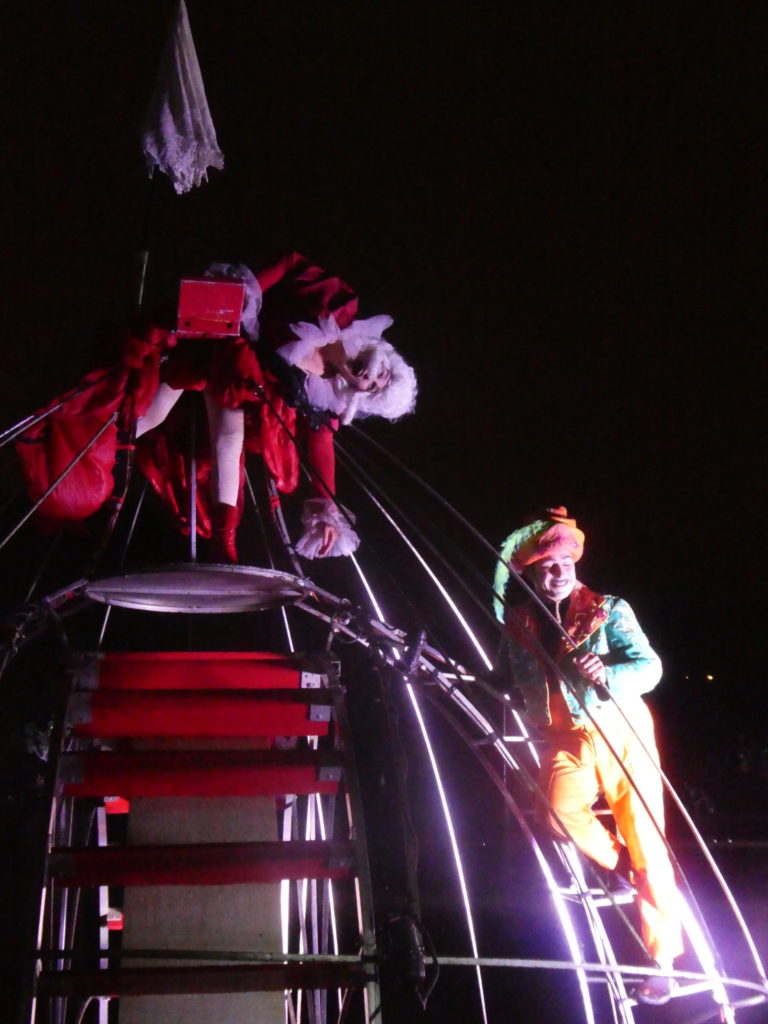 The crowds lined the embankment on fold-up chairs, coping admirably with the adverse weather conditions. It looked from behind like the most popular fishing lake of all time, since everyone was in their waterproofs! Soon enough, darkness fell, and the show began. Boats made their way across the lake, each controlled by a bizarre character. A cyclist, a binman, a pregnant lady, an old man – they were all there. 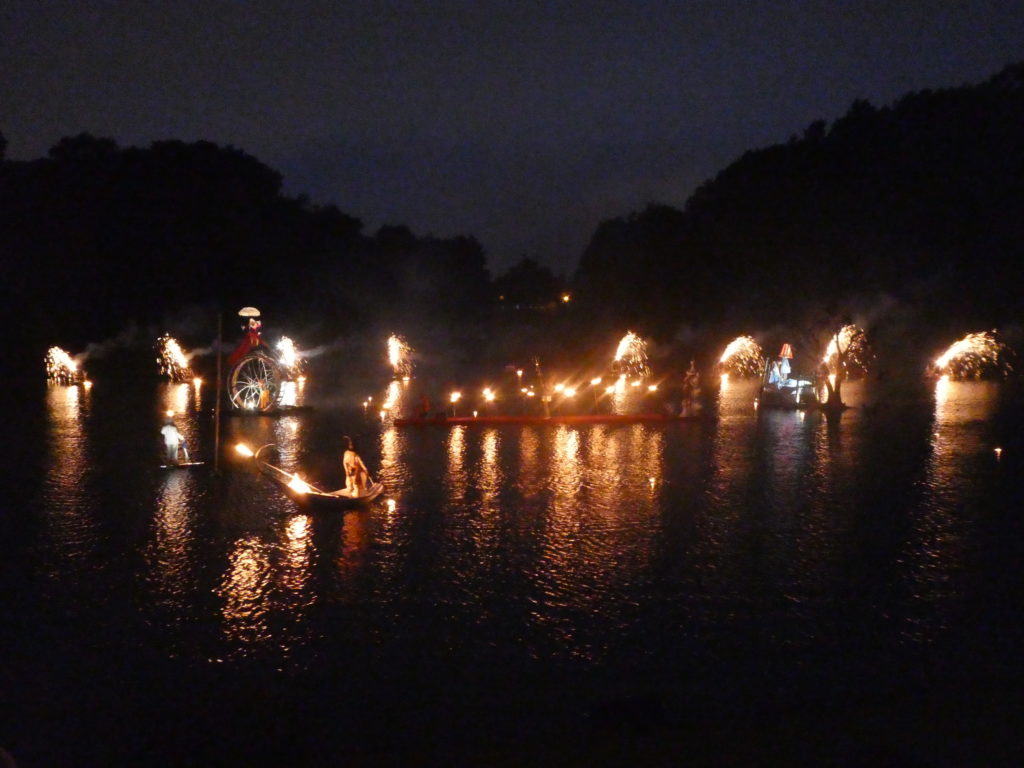 Is that a car floating on the water?

Even more impressive was the floating car, beeping its horn excitedly as it made its way across the lake. It soon became engulfed in smoke. With no narration, we relied on the power of mime to tell the story. However, this isn’t the sort of show where understanding the storyline is of much importance. This is spectacle, and of the highest level. 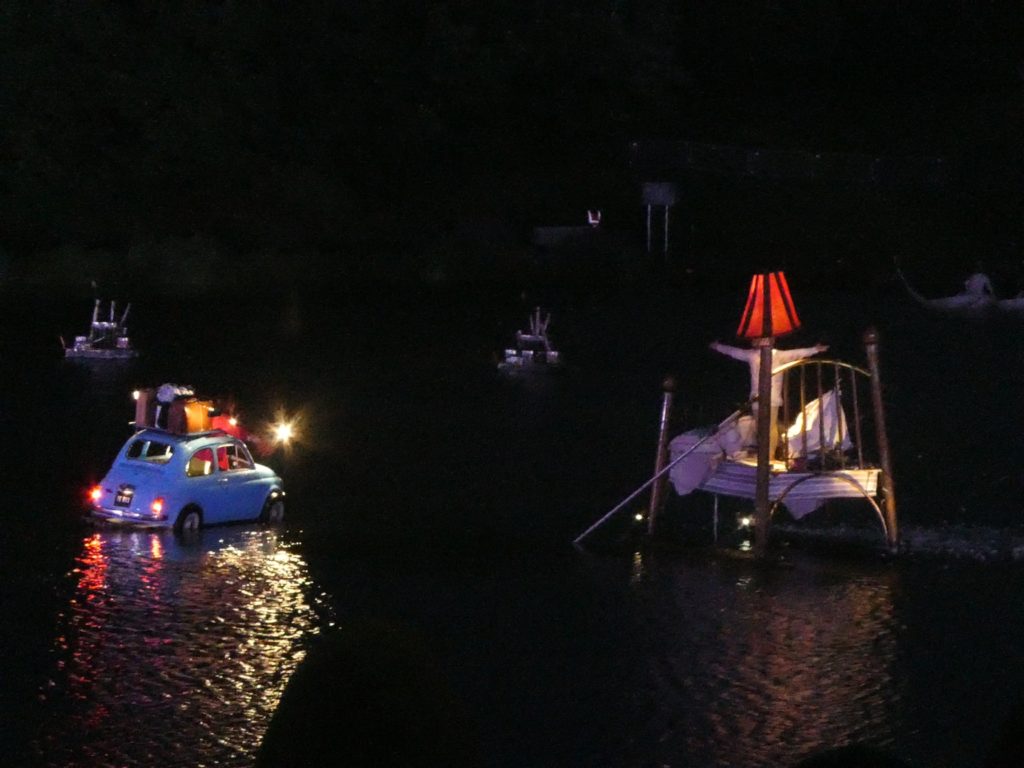 A giant bed, like those used in the London 2012 Olympics Opening Ceremony, floated across the lake. An operatic female with a rather extravagant dress on top of a giant hamster wheel certainly had the wow factor too. 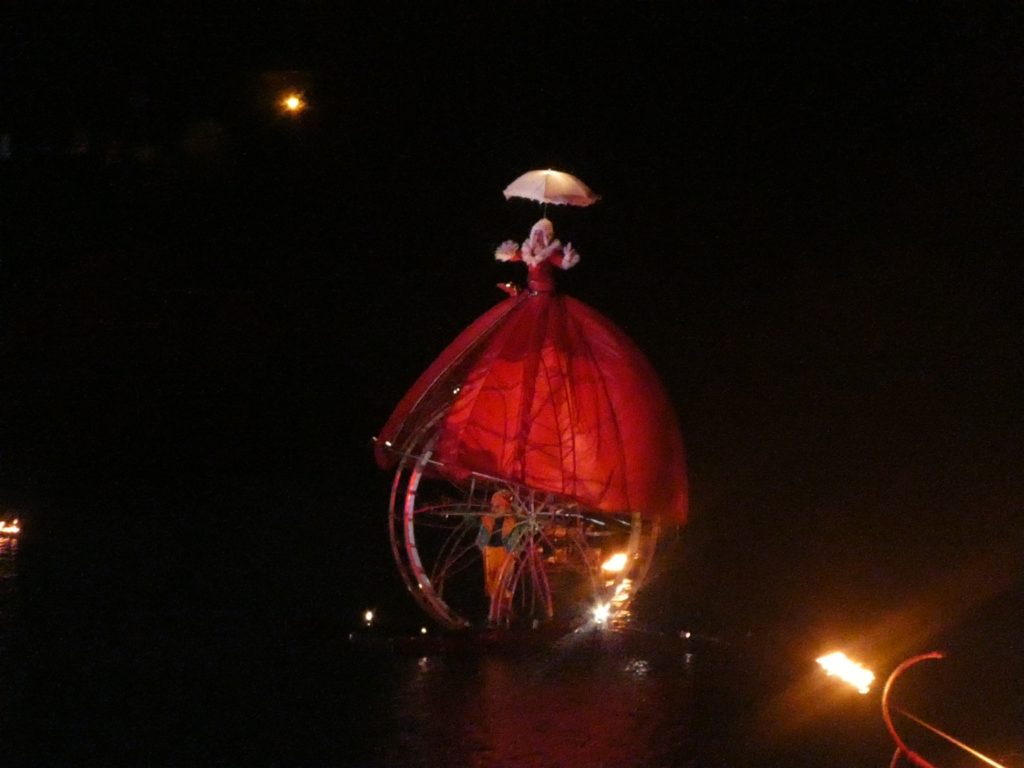 The closest thing to a followable sequence of events was the pregnant female’s transition from pregnant, to pushing a pram, to holding her children by the hand, and finally standing behind a fully grown soldier, presumably her child. There is also a joust of sorts between two mythical looking characters, one wearing angel wings that burst impressively into flames. A long boat was an inspiring sight. 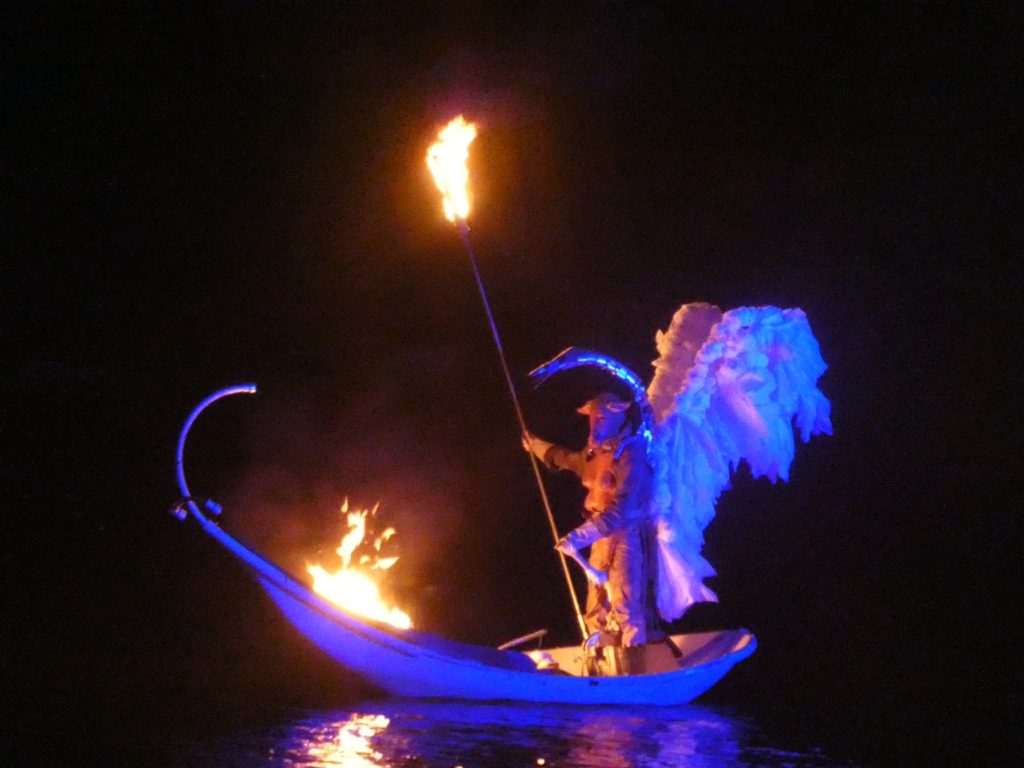 The end of the show was a cavalcade of colour, with a dazzling fireworks display that heightened the senses. The surrealism of the characters floating around the lake – the car, the opera singer, the mythological warriors, and the old man, whose hair had now been set on fire, added to the confusion. We’d given up on the storyline, if there even was one, and just sat back to enjoy the ride. Spectacles like this are becoming commonplace in Stoke-on-Trent, and this should only go to prove the city’s worthiness for UK City of Culture 2021. 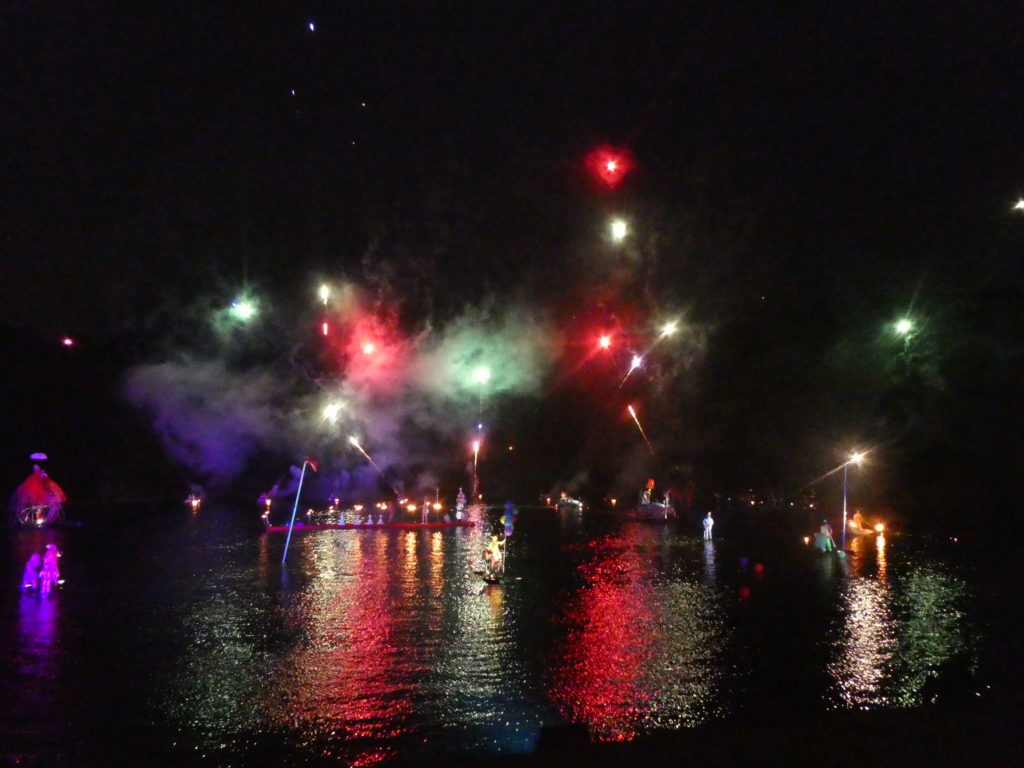 Did you go to see Water Fools? What did you think?