Trogir Town Museum: Hidden history, like many of its finds once were

Sometimes, you just stroll around a town and come across a fascinating discovery down a side street. This happened during our recent trip to Trogir, when we happened upon an amazingly beautiful mediterranean courtyard. The building is the former Garagnin-Fanfogna Palace, and within it is the Trogir Town Museum. We got lucky enough to be given a personal tour around by a member of staff who also works as an archaeologist. She knew her stuff. 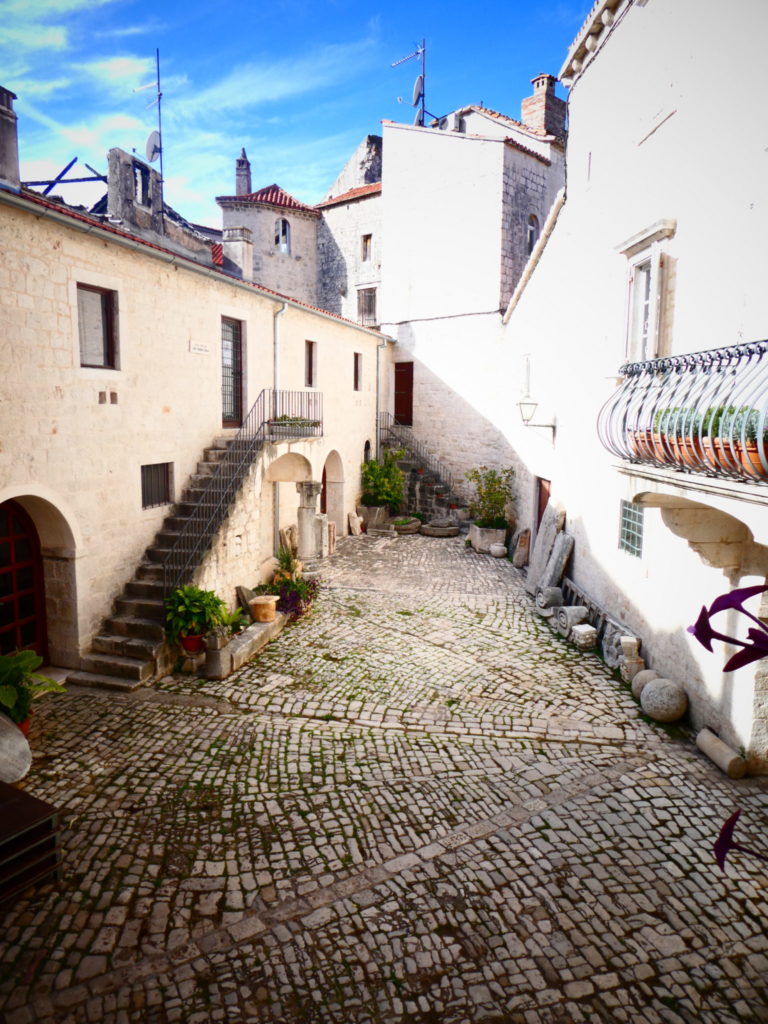 Trogir Town Museum is actually a really fascinating museum with some remarkable artefacts. However, it clearly has funding issues. Many of the displays are quite dated. There are fragments of stone showing the Venetian lion, a weaving machine, and lots of memorabilia relating to Trogir’s proud maritime history. We were particularly fascinated with a map of Roman Dalmatia. Indeed, we could recognise many of the cities’ names from our trip so far, having come across so much Roman history already. 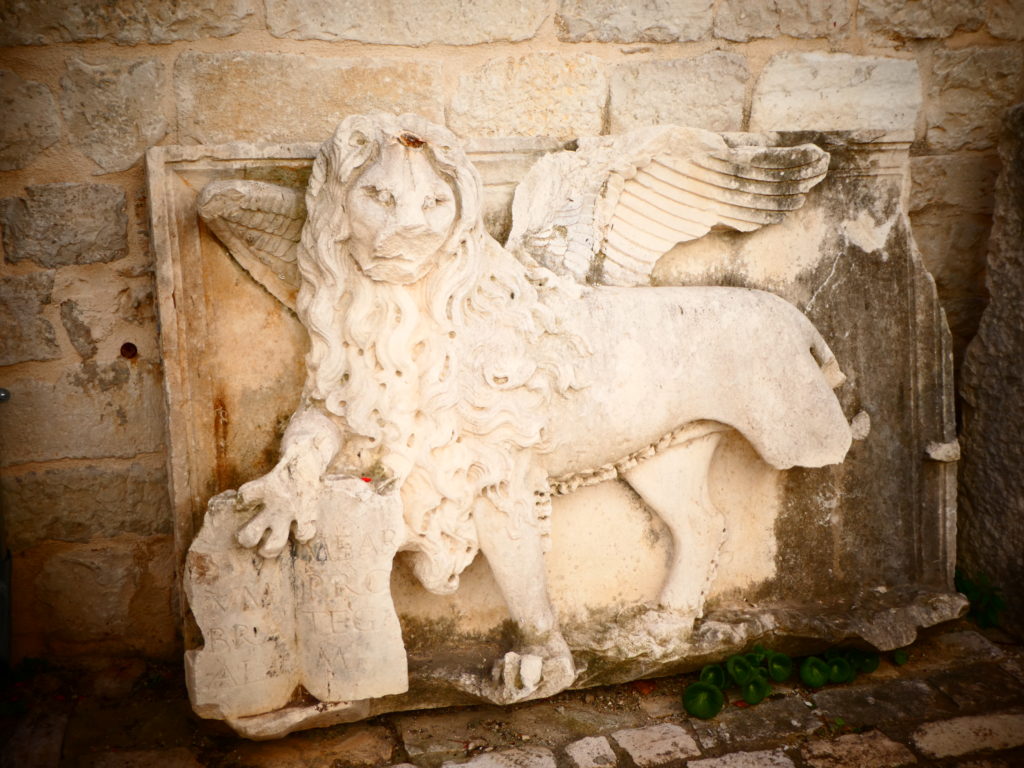 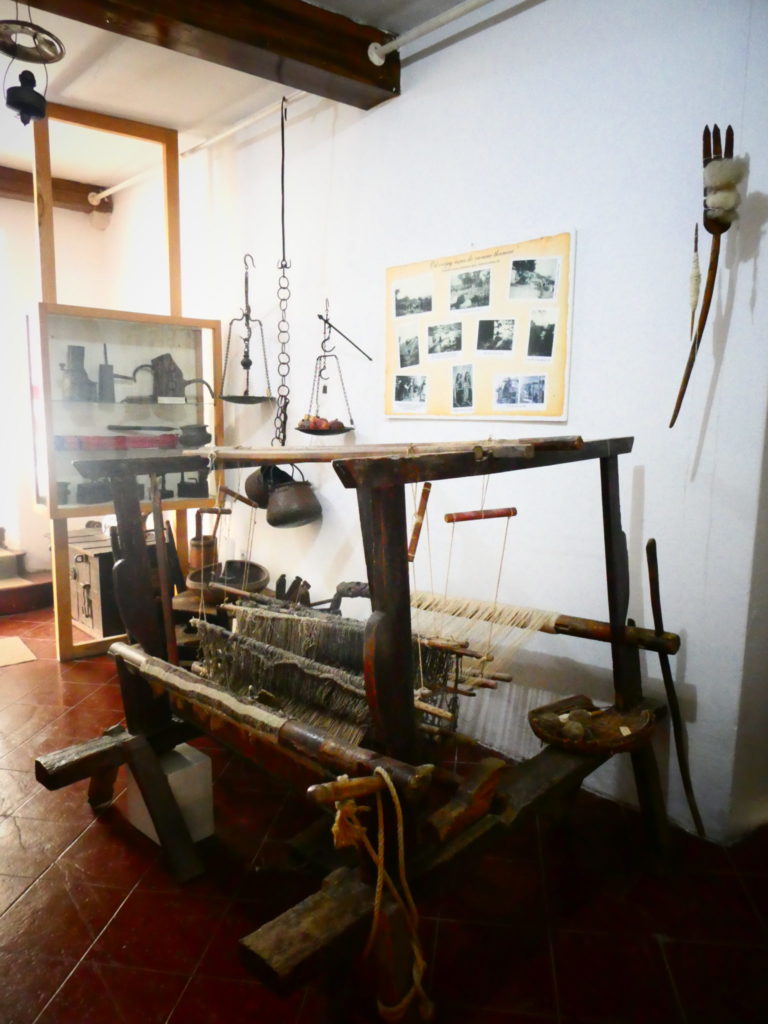 Once it was a Venetian palace

Another room is laid out like a room in the opulent palace. We marvelled at an absolutely huge cockerel that once stood at the head of what must have been a pretty impressive ship! Pottery survivals also impressed. One thing we were particularly struck with was how a Roman stone carving had been built into a modern wall. The guide said it was quite usual in old museums. However, we don’t think we have seen anything like this before. A cabinet contains a very vibrant book from the 1500s, and period costumes as well as tools from local trades are also displayed. 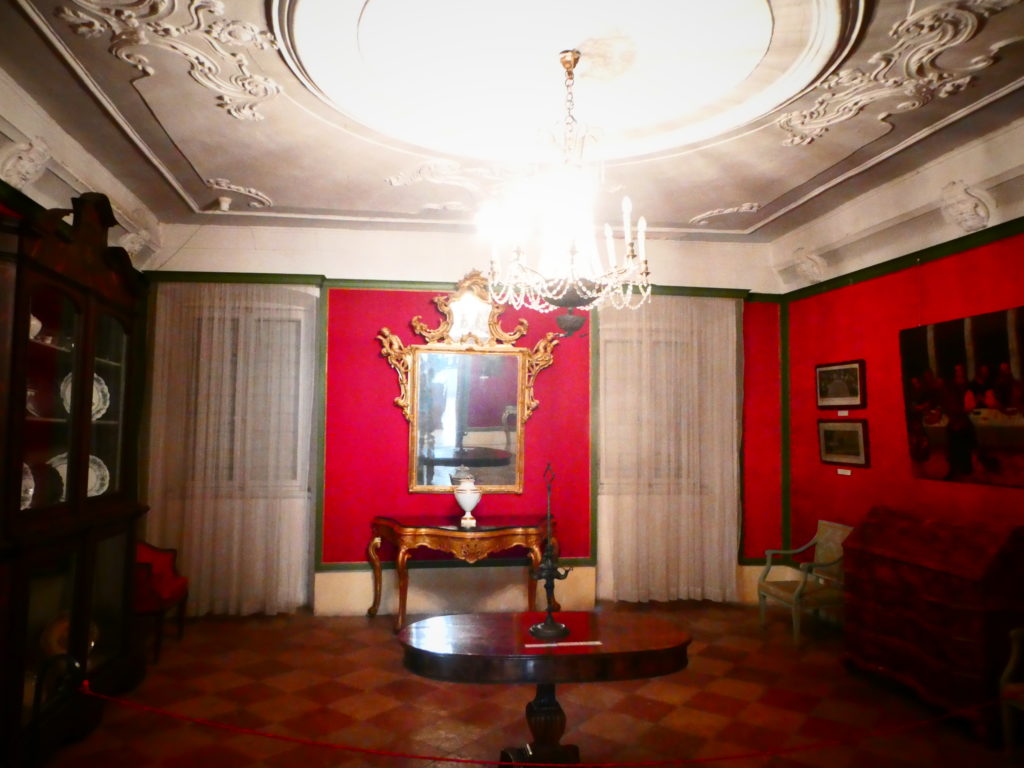 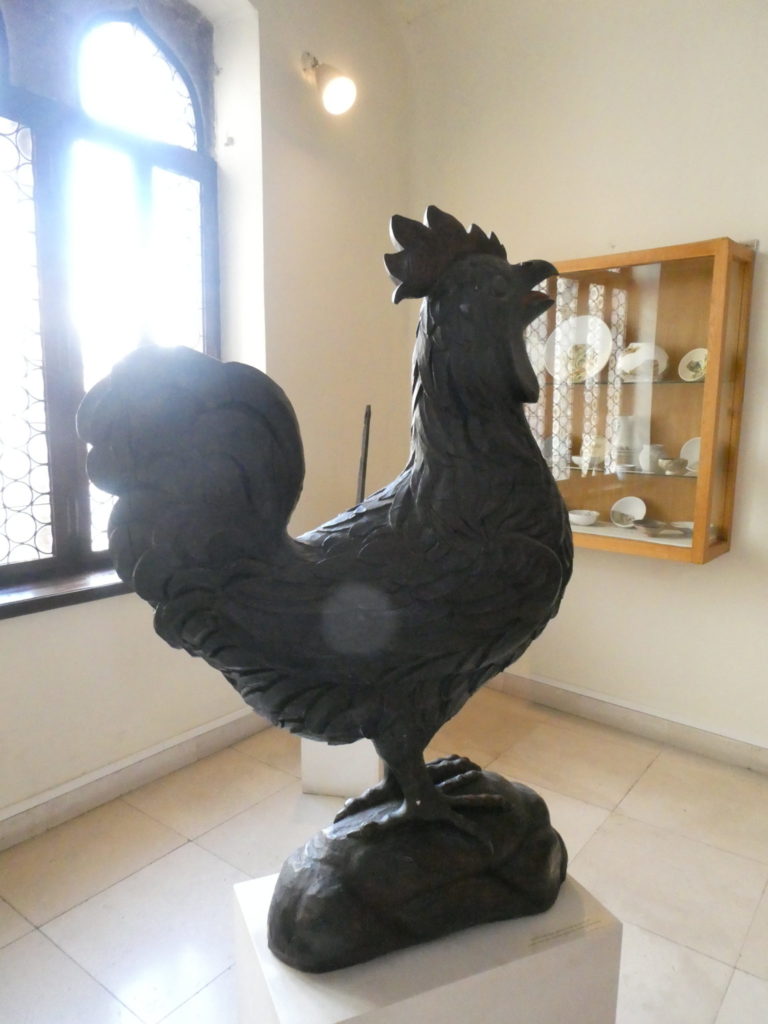 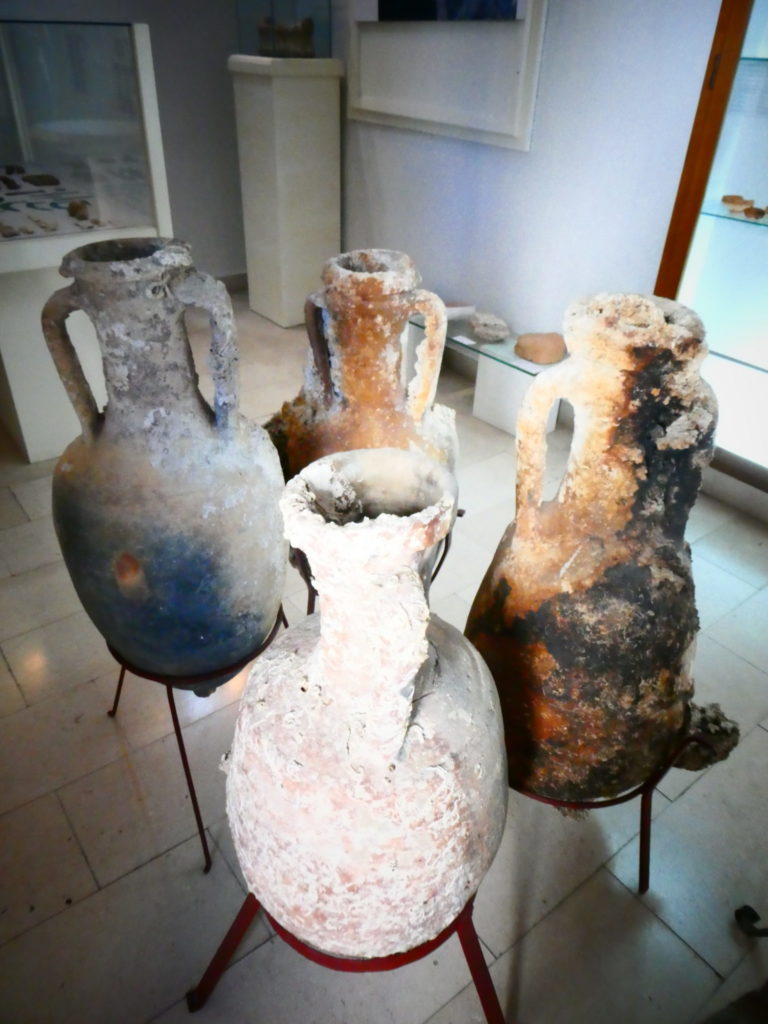 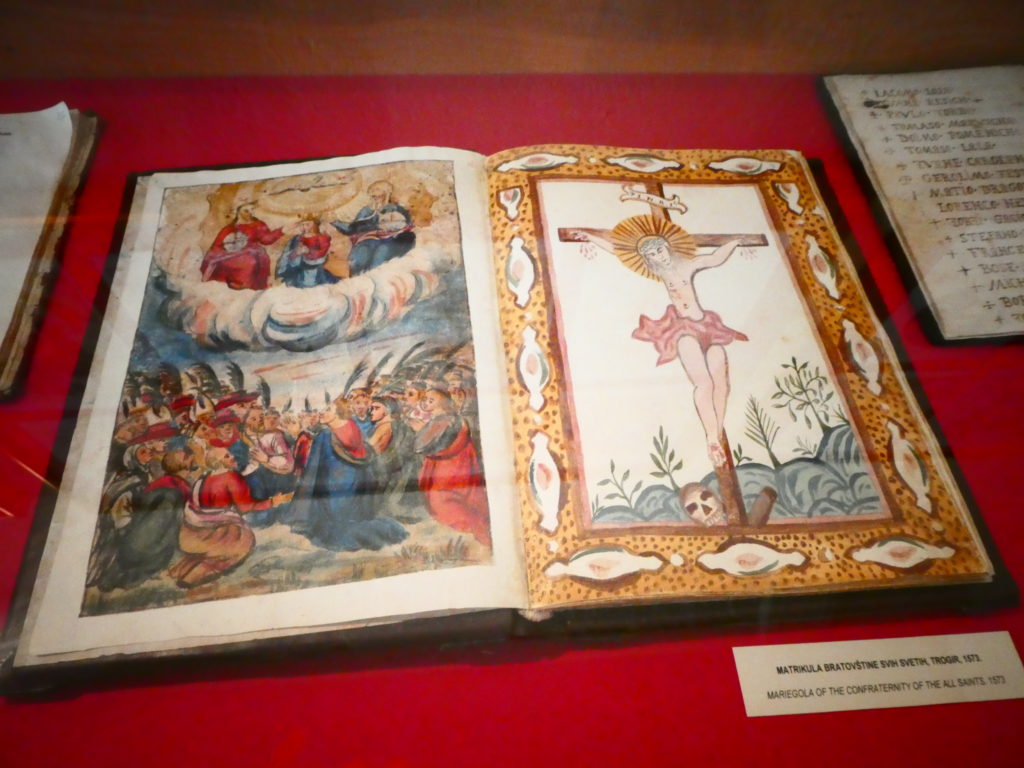 One of the highlights is the library. This is a marvellous survival. It contains 5,500 books including a famous one that shows the relationship between Croatia and the Hungarian Kingdom. It is also cool to see through to the office next door, which is in a very similar room to this but looks rather messy! We thought that we’d seen it all now, only to see a doorway on the ground floor that led to another surprising discovery. 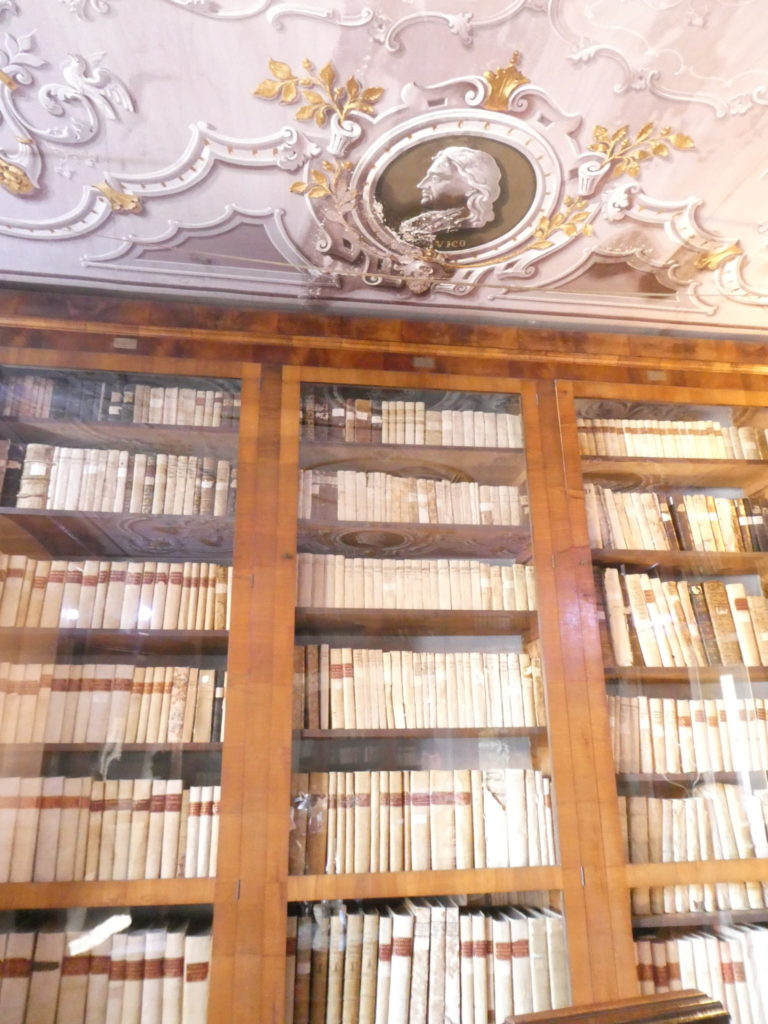 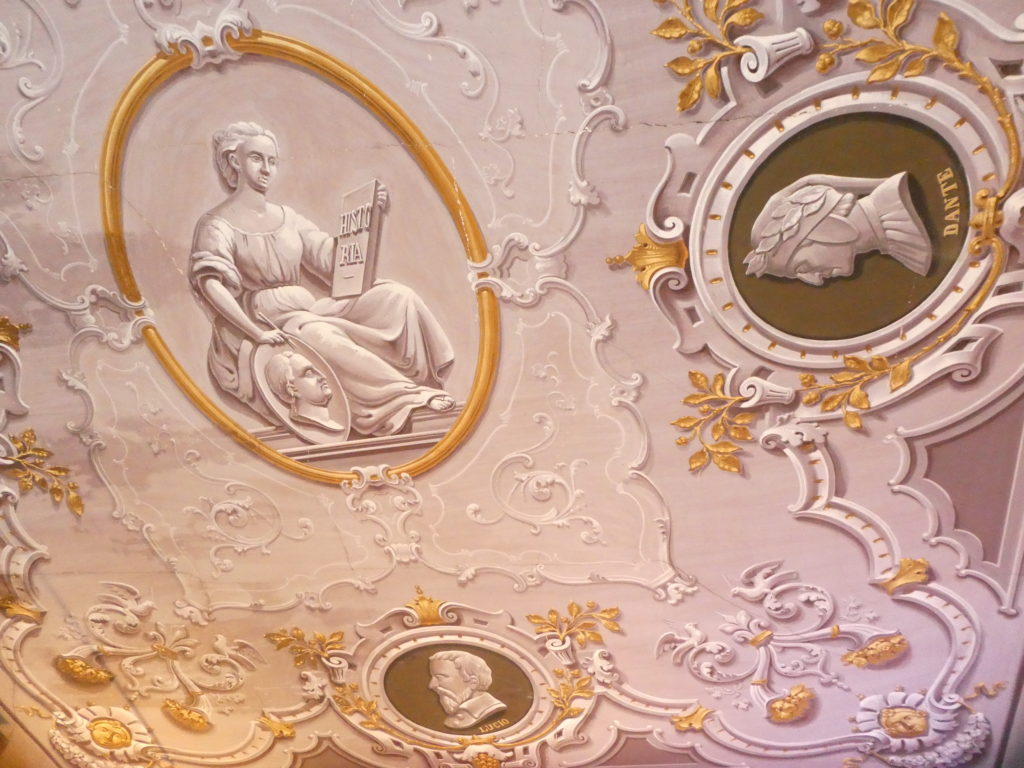 You can literally walk amongst the history

This large hall was built around the original Roman foundations of the city. You can walk down to the level of the streets back then and jump between the ruins, whilst the walls are covered in archaeological finds. Our archaeologist guide told us that there is an underwater archaeological project in the pipeline which sounds very exciting. However, we get the feeling that it might not see the light of day due to funding. Let’s hope we are wrong, since Trogir is a place where history oozes from every street corner. What they find under the sea may elevate it to the big league of tourist destinations. Who knows? 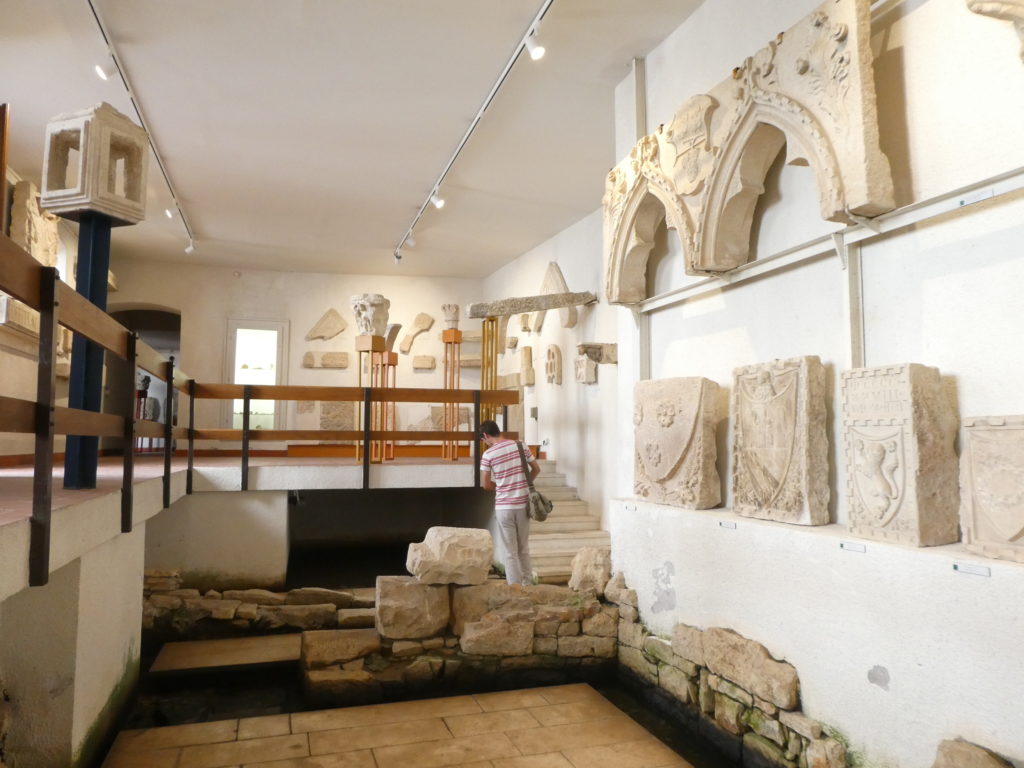 Are you a fan of archaeology? Have you ever found something ancient in the ground? 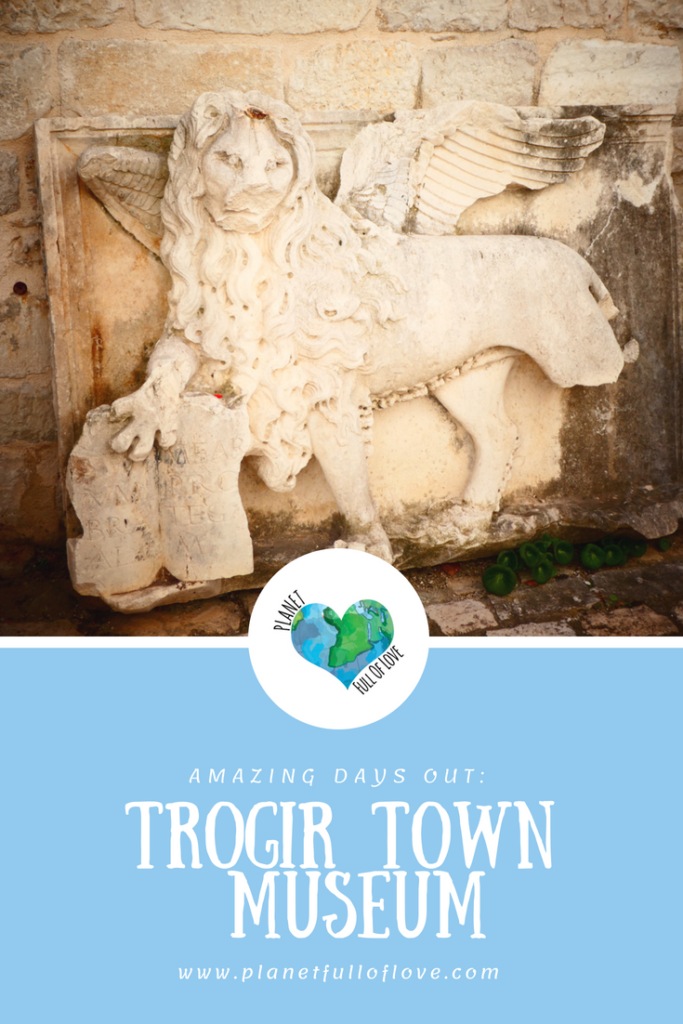