The National Slate Museum of Wales

The National Slate Museum, in Llanberis, North Wales, celebrates the importance of the slate industry to the country. It is based in the 19th century workshops of the former Dinorwic Slate Quarry, which have thankfully been preserved to tell this important industrial story. The Llanberis Lake Railway passes the front of the museum. It is great fun to watch it pass by, rather slowly at this point. Don’t forget to wave at the driver! 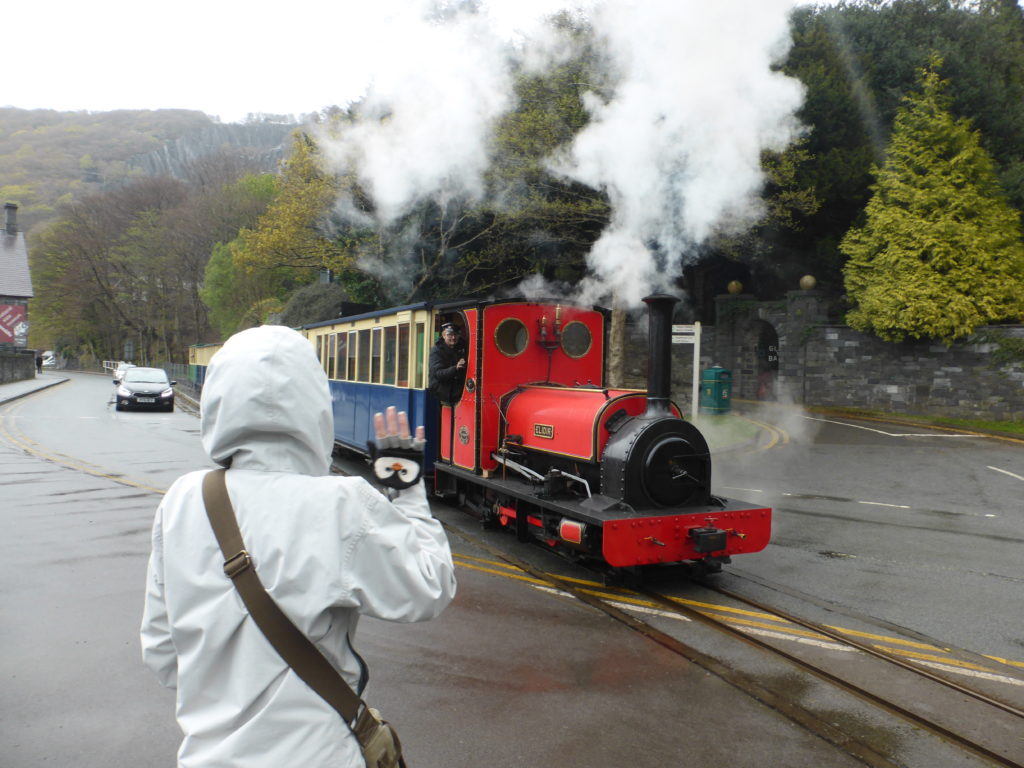 The museum opens at 10am, and you enter through an imposing building with an archway. To be honest, as picturesque as it is, it kind of reminds us of Auschwitz. You enter the museum through the shop, where they give you a map to help guide you around. Initially have a walk around the courtyard to get your bearings, because this will help you decide how best to approach the site. 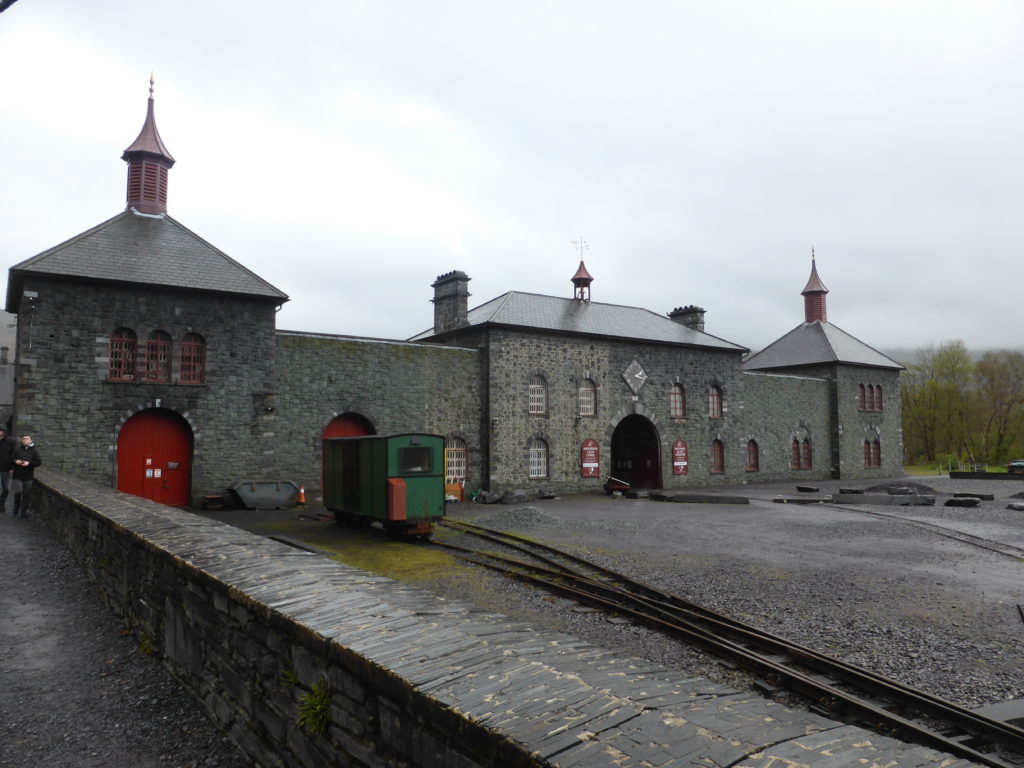 We recommend starting with the introductory film, To Steal A Mountain. The film tells the story of the quarry’s development, and is really interesting. Particularly the bit about Victorian tourists going up the mountain in the slate carts! The film shows in numerous languages, but they provide headphones for translation. We found this out as our showing was in French.

Slate splitting is quite the skill

As soon as the film finishes, make a beeline to the slate splitting demonstration room. The demonstration is very popular, and can fill up a few minutes before the advertised start time. Try and get a seat on the front row if you can, as the rows behind don’t offer a perfectly clear view. It takes years for quarrymen to learn how to split and dress the slate, so it is really great to see. After showing you how it is done using various tools, he even makes a heart shape out of a piece of slate. 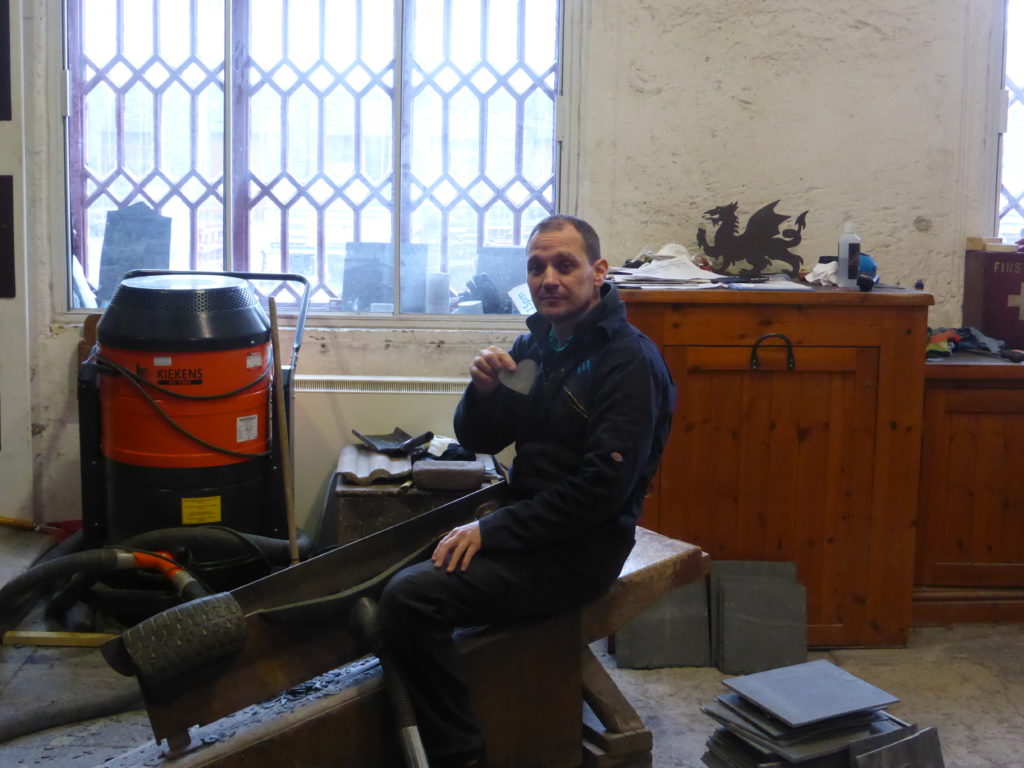 The site is fairly small, so it is easy to backtrack to things you have missed. If you don’t have the luxury of a full day, see the highlights first, and then you can see everything else at your leisure. One thing you don’t want to miss is the Water Wheel, which once powered all of the workshops. It is the largest working Water Wheel in the UK, at 15.4 metres in diameter, and is housed in its own building, Heading up the stairs to view it is pretty exciting, but still won’t prepare you for just how big it really is! It is huge! 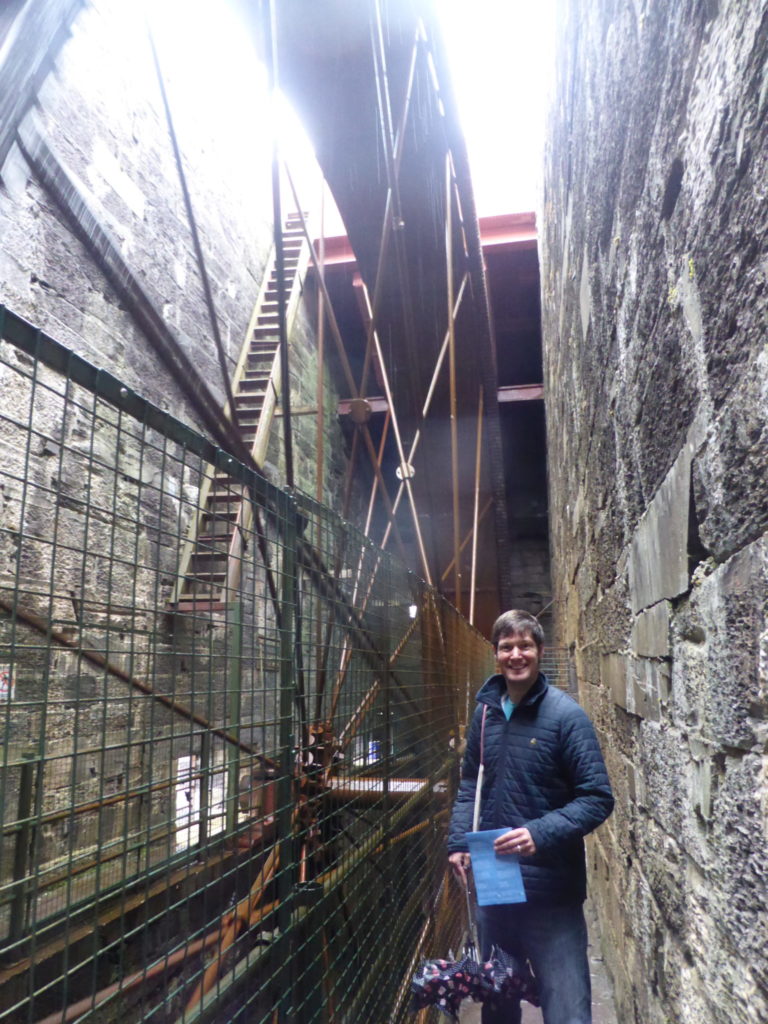 The next highlight is Fron Haul. This row of quarrymen’s houses has been rebuilt here, in much the same style as St Fagans in Cardiff. Like the row of houses there, these four houses are all decorated to a different era. Start with the oldest one, which is furthest away, and move through the ages chronologically. The first one is home to an exhibition about a play that had been made about a famous strike. 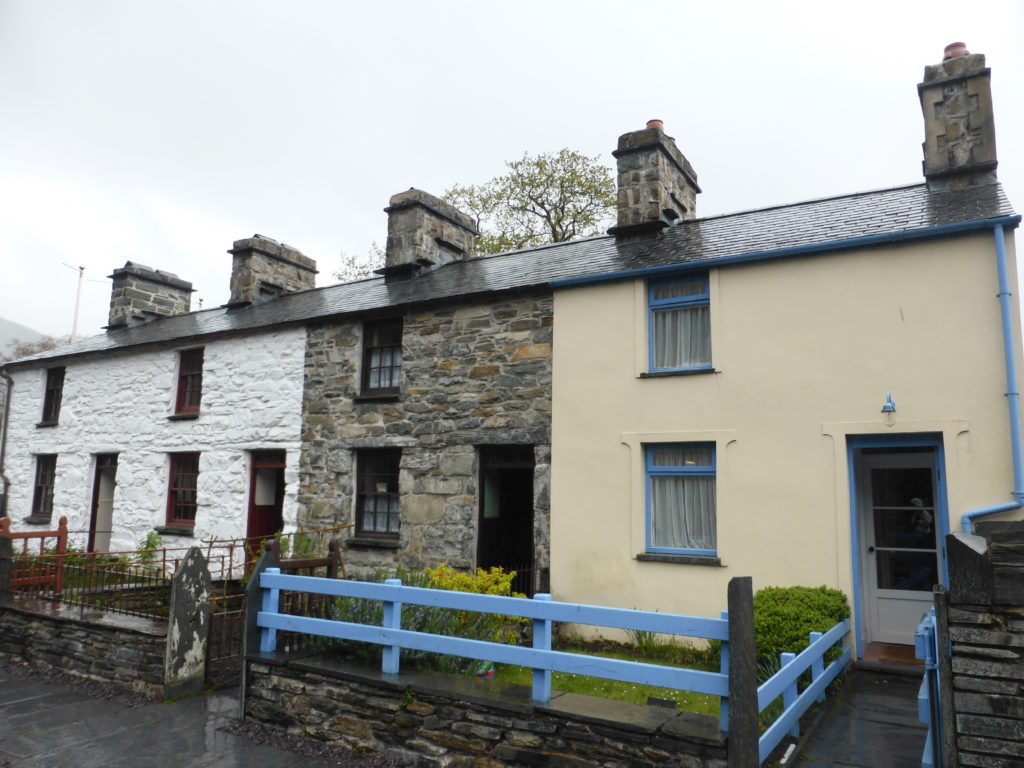 It is interesting to see how things changed between the different eras, with the importance of the fireplace, kitchen, and home entertainment changing in front of your eyes. The last house has a 1960s design. It contains lots of stereotypical 60’s items, and even has a Welsh country record playing on the record player! 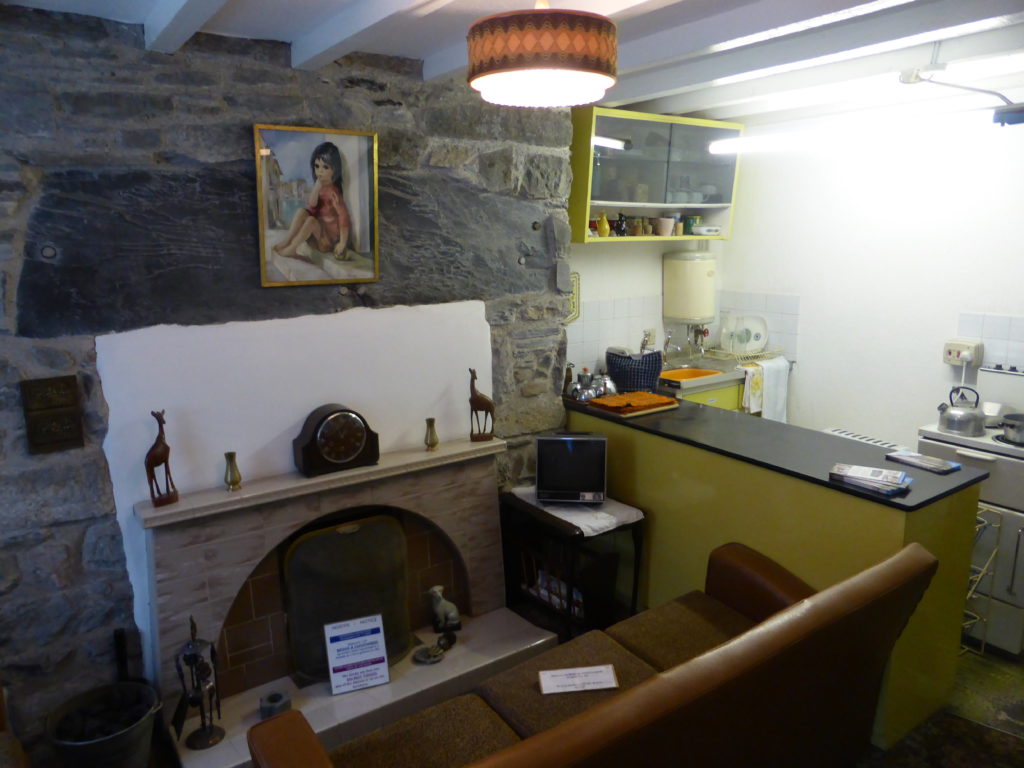 After Fron Haul, just follow the provided map, which is numbered by the points of interest. You should head to the workshops, and firstly to the Power Hall. This impressive room contains the Pelton Wheel that replaced the Water Wheel, due to its improved efficiency. The Foundry is very interesting, a massive room which just shows how self-sufficient the workshops were. Even the metal components were made here on site! There are reconstructed scenes using mannequins that brought the feeling of the foundry to life, minus the heat! 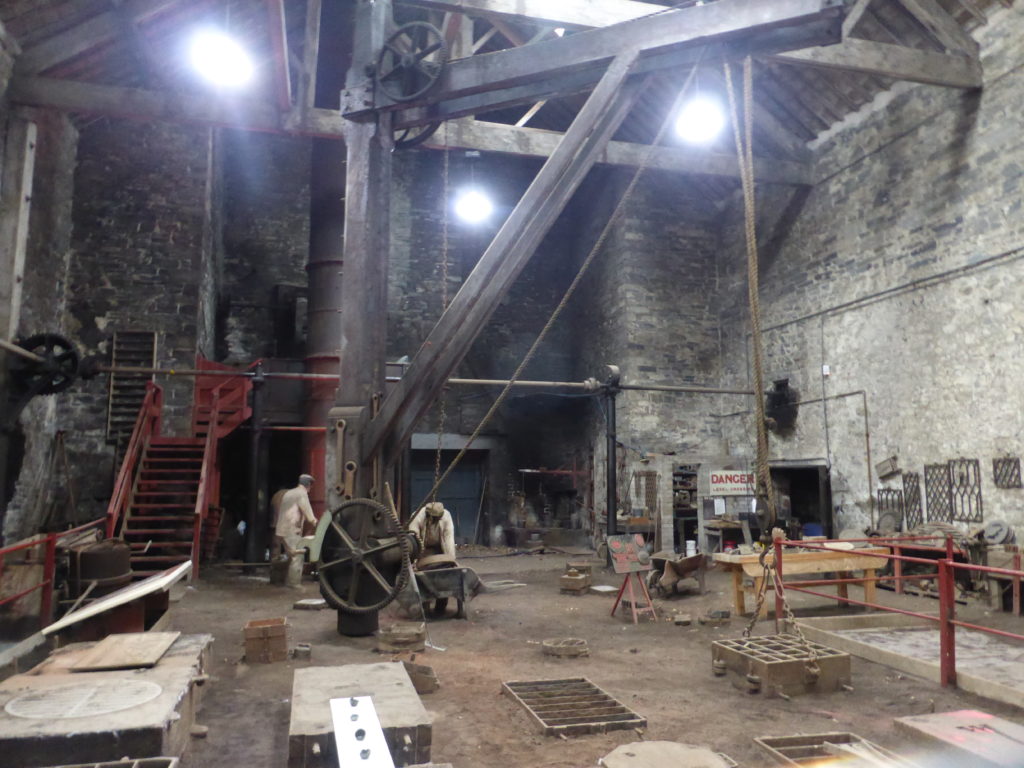 The workshops were self-sufficient

The stairs lead to the Pattern Loft, in which pattern makers produced patterns for any metal object that the workshops needed. Over 2,000 of them are on display. The Forge is another area that you can imagine being filled with noise and activity once upon a time. Some of the machinery looks very unforgiving and dangerous. The Machine Shop is much the same. The buildings that form the imposing entrance to the site are next, starting with the Stores and Clerk’s Office. You could imagine the clerk had just popped out for his lunch. 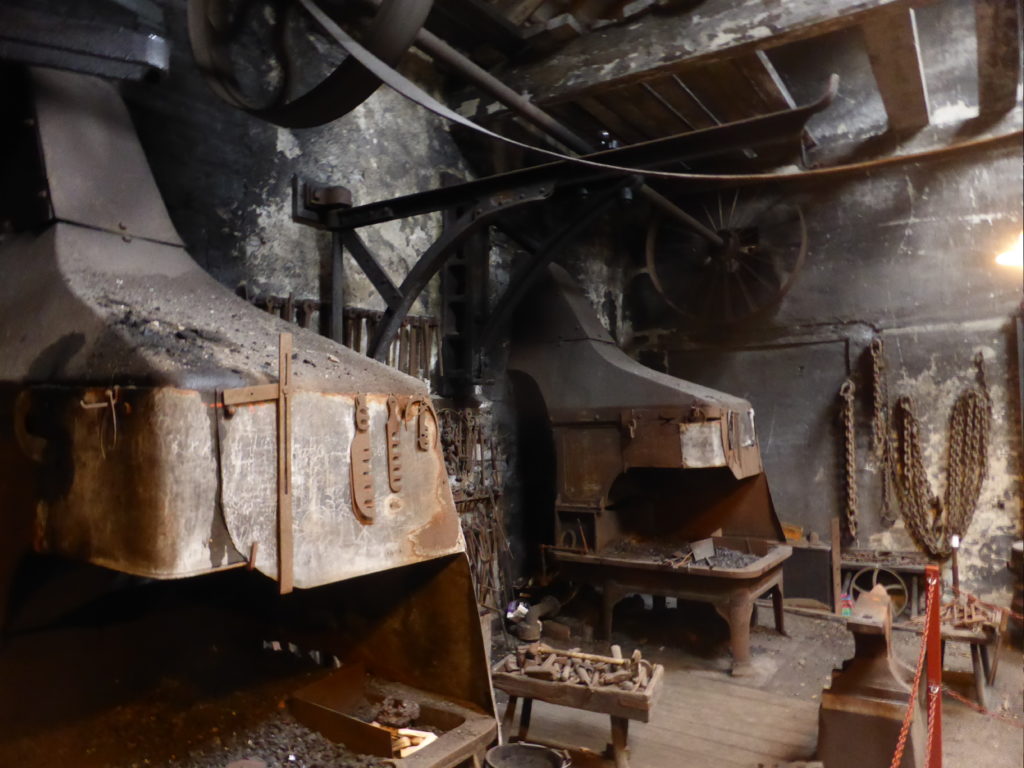 Walk through the courtyard to the Cropping Shed, where you will find some of the largest machines, including the cutter. The courtyard has much of interest including a wise owl carved out of slate and the Velocipede, or grey snail. These primitive train-like vehicles would have been used in Victorian times to transport the workers to and from the quarry. 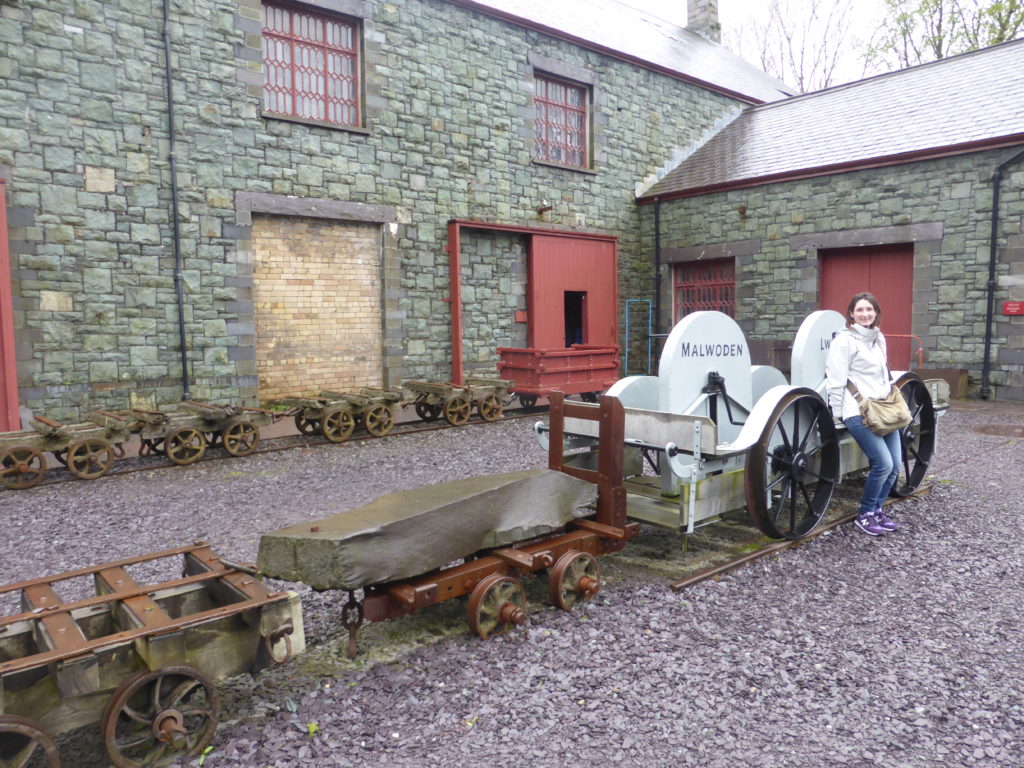 The building through which the rear yard can be accessed contains a couple of saw sheds, and interestingly, UNA the engine! This cute steam engine was once used on the quarries. Finally, visit the Chief Engineer’s House, still decorated as in Victorian times, the mess room where meals were eaten and hobbies pursued, and an exhibition. 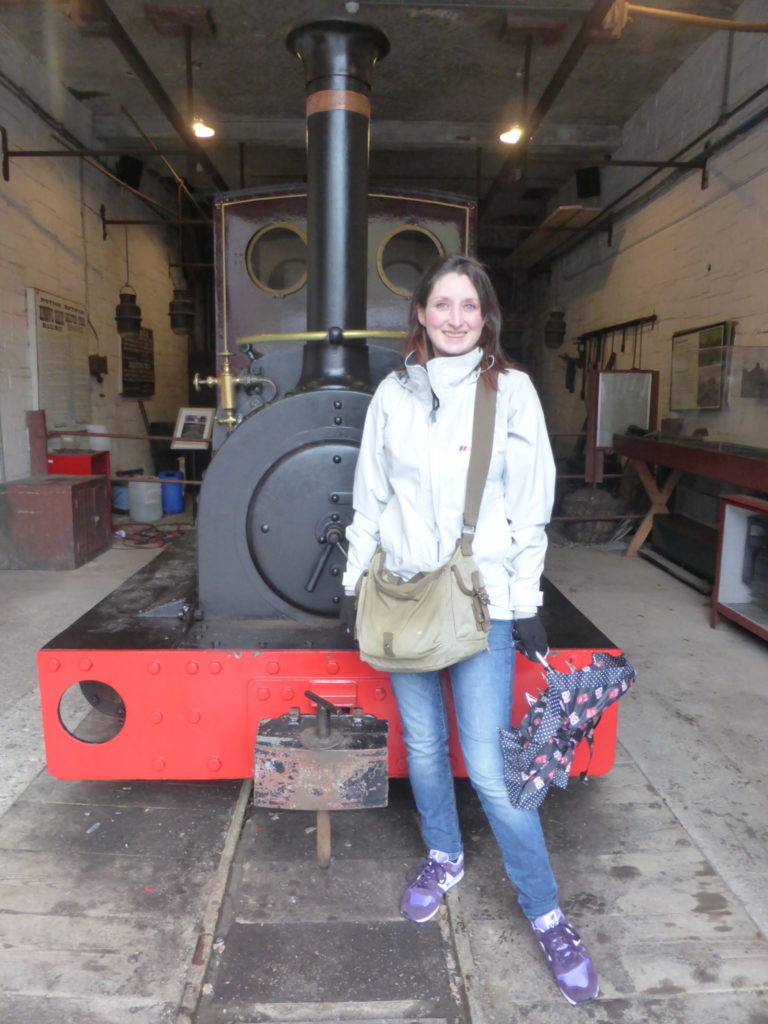 Consequently, is it worth visiting?

The National Slate Museum offers a fantastic day out. We recommend allowing around four hours if you would like to see everything. Obviously, this depends on your interest levels. If you are particularly interested in industrial heritage, then you should allow more time. There is a guidebook available in the shop that also features a tour of the site. We just used the map, because the informative information boards that are situated throughout the museum tell the story well. 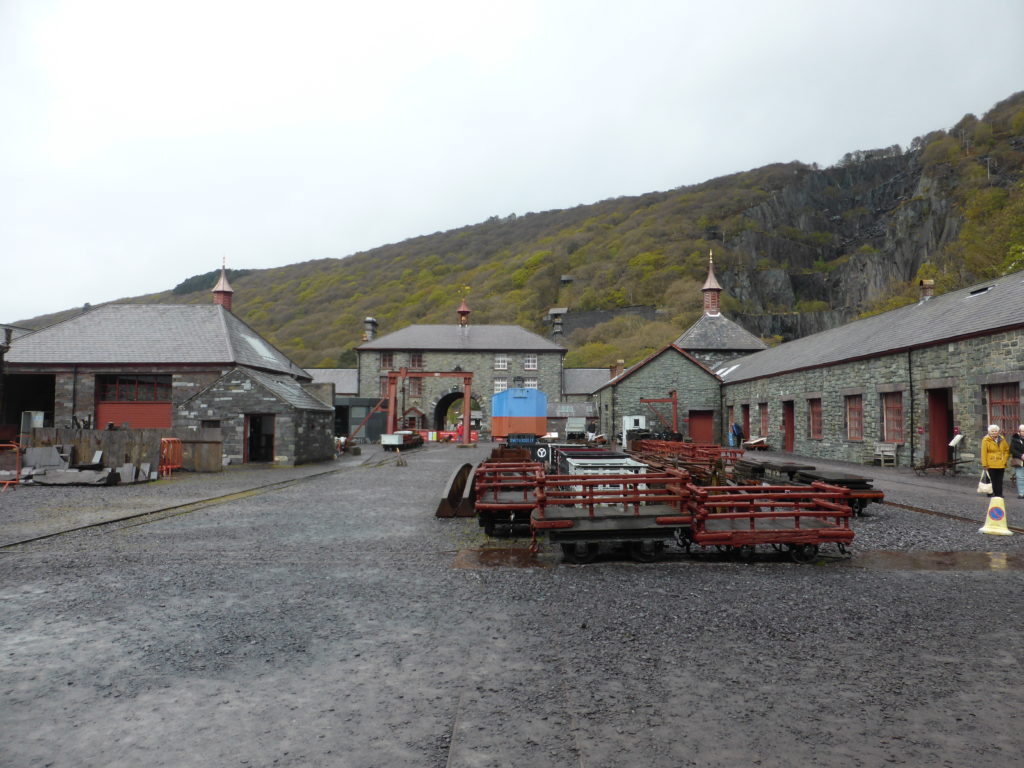 Have you ever been to the National Slate Museum? What is your hometown famous for producing?