Lokrum Island: A desert island filled with bunnies and peacocks!

Dubrovnik really is a city that has it all. However, when you’ve had your fill of its historic streets, you’ve got the tantalising option of a short boat ride over to Lokrum Island. The boats leave the Old Port every half an hour in the summer, and the price of your journey includes admittance to the nature reserve, and your return journey. And yes, this island is home only to hundreds of bunnies and peacocks! We loved it so much, we went back again a second time! 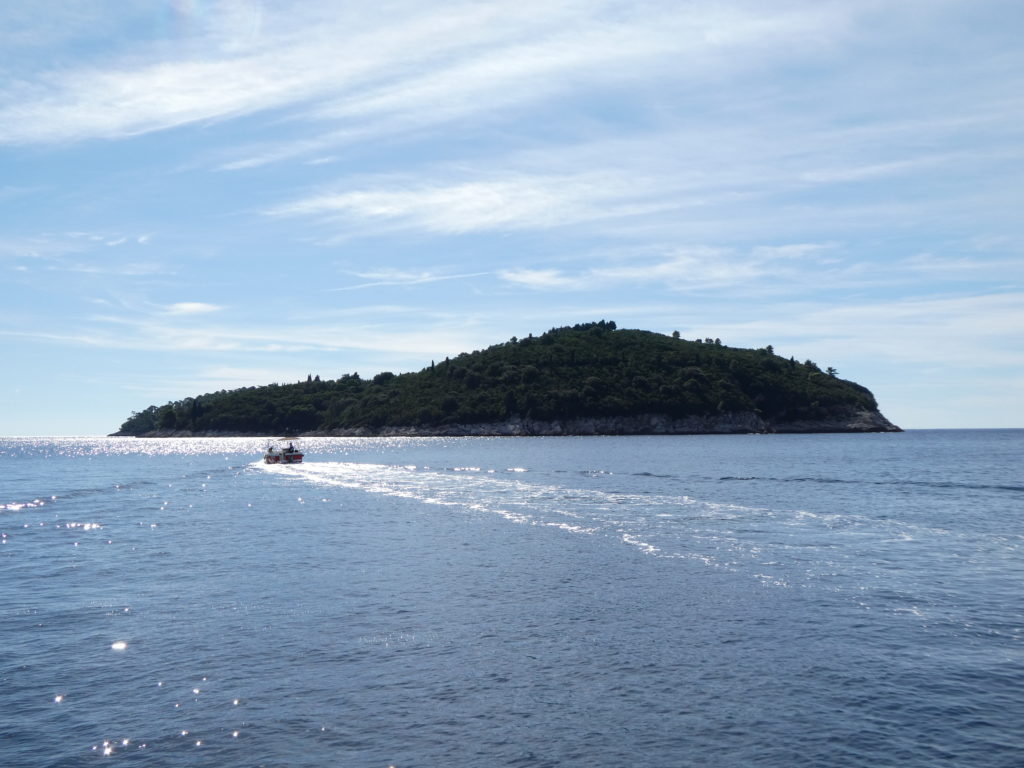 Our first trip to Lokrum Island actually came on our first full day in Dubrovnik. The reason was that it was a gorgeous day, and the weather report had suggested worse weather was to follow. You get your tickets from a man who sits on a small table in the middle of the Old Port selling tickets for 120 kuna. The journey to Lokrum Island only takes around fifteen minutes. The views back to Dubrovnik are astonishing. Those city walls really are something else. It is a nice boat ride, and rather exciting to arrive at your desert island for the day. 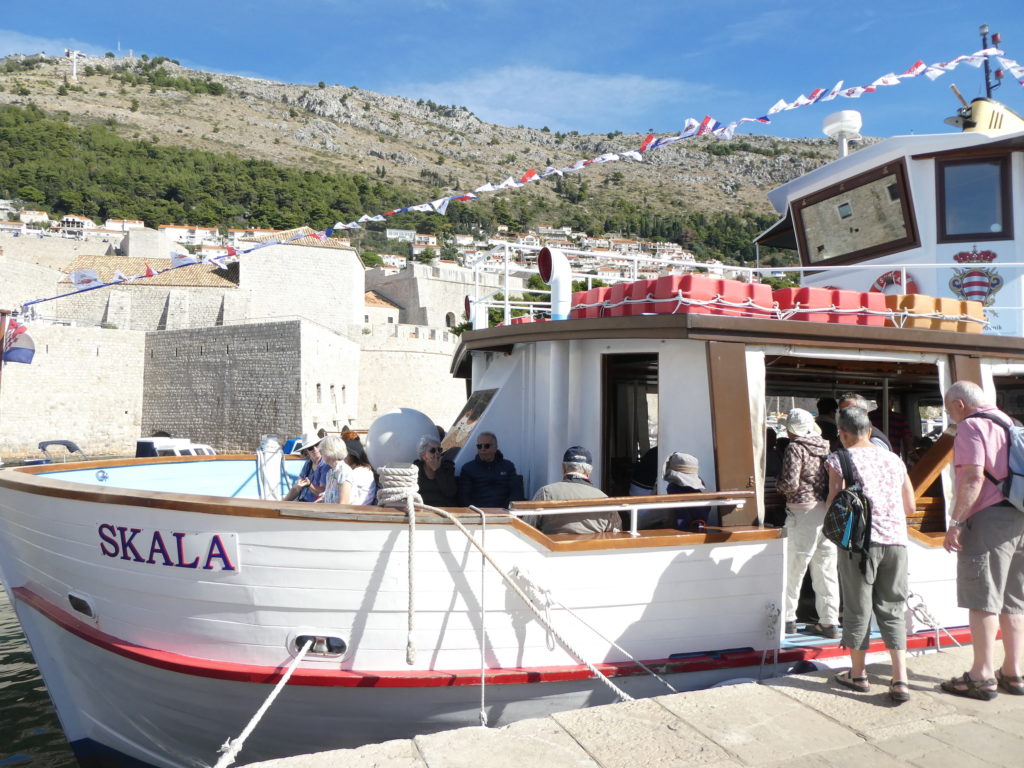 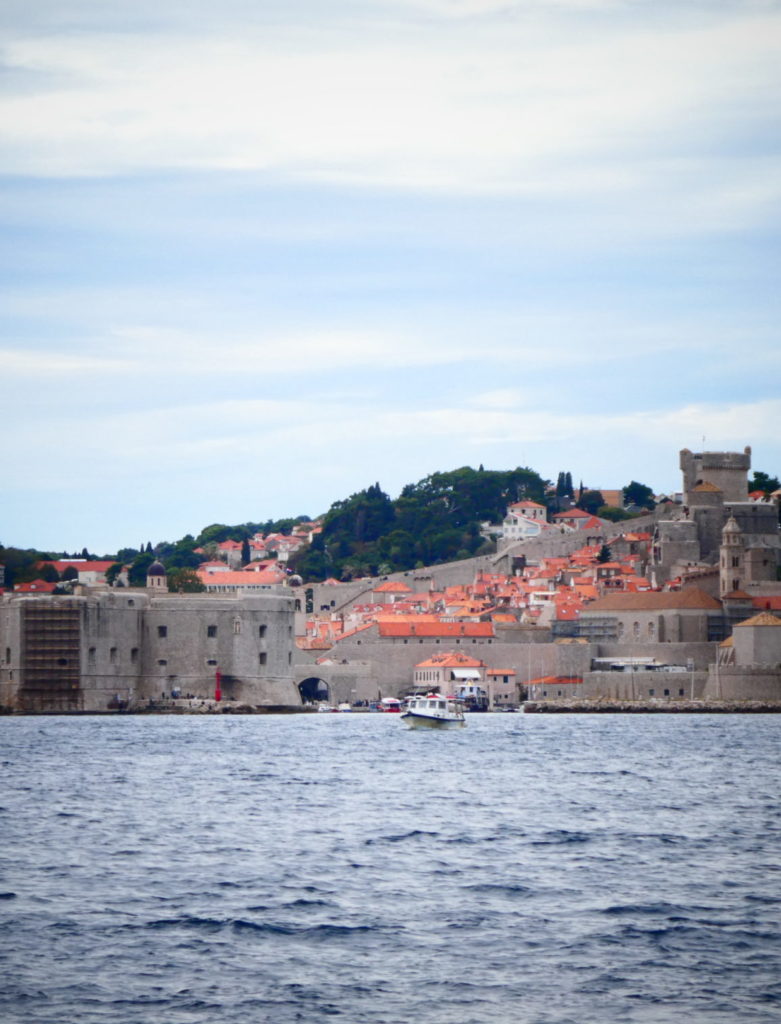 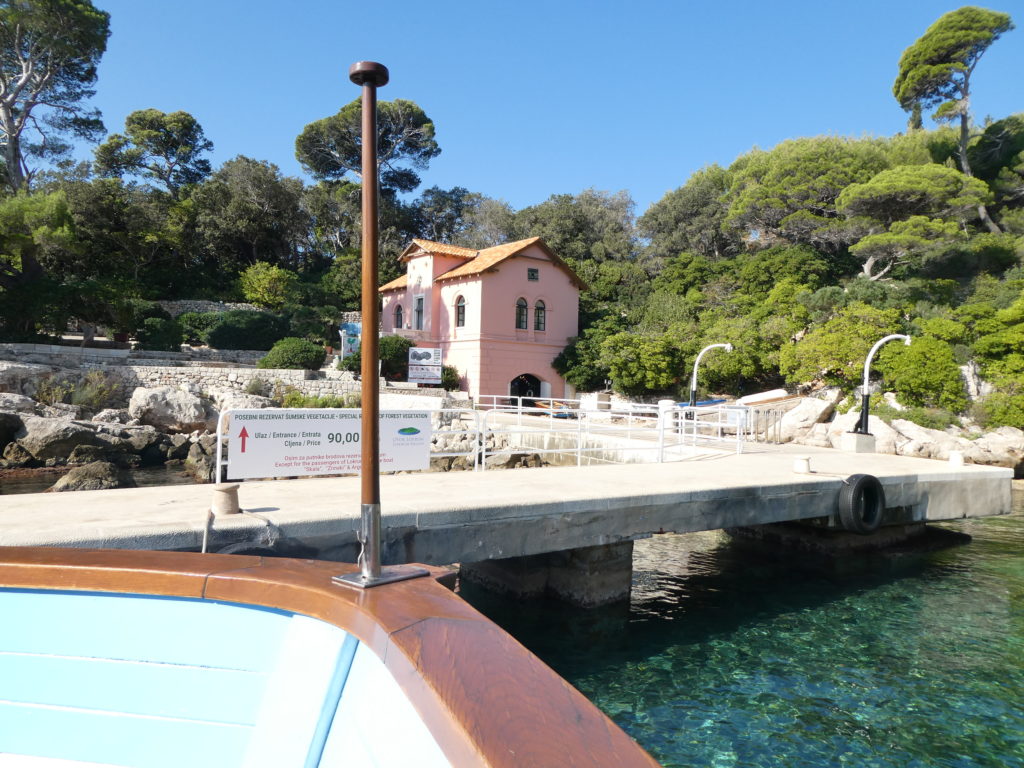 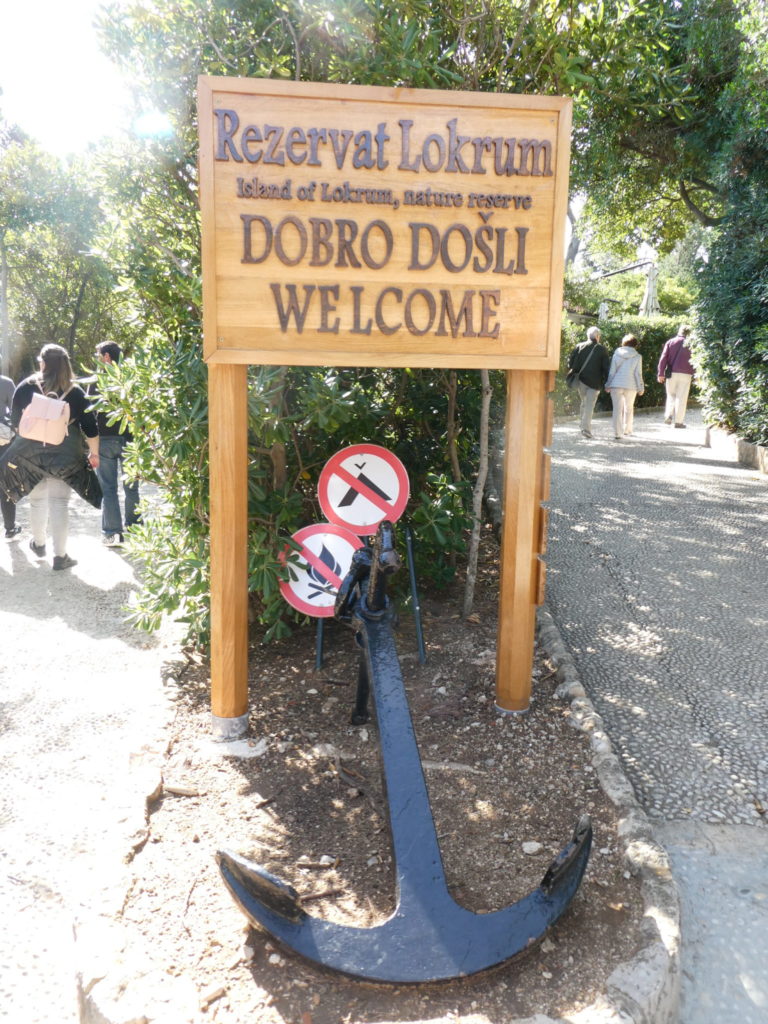 Sit on the Iron Throne in the Visitor Centre

The island has a few different things to do, though most people seem to go there just to sunbathe. If you’re a fan of Game of Thrones, we’d suggest heading to the Visitor Centre first. They have the actual Iron Throne from Game of Thrones in there! It is free to take photos on it. You can find the Iron Throne by the back entrance to the Visitor Centre. The rest of this floor has an exhibition about the filming of the show. Three videos show behind the scenes. The only downside is that the videos are quite long, and you might find others waiting for their turn on the headphones. 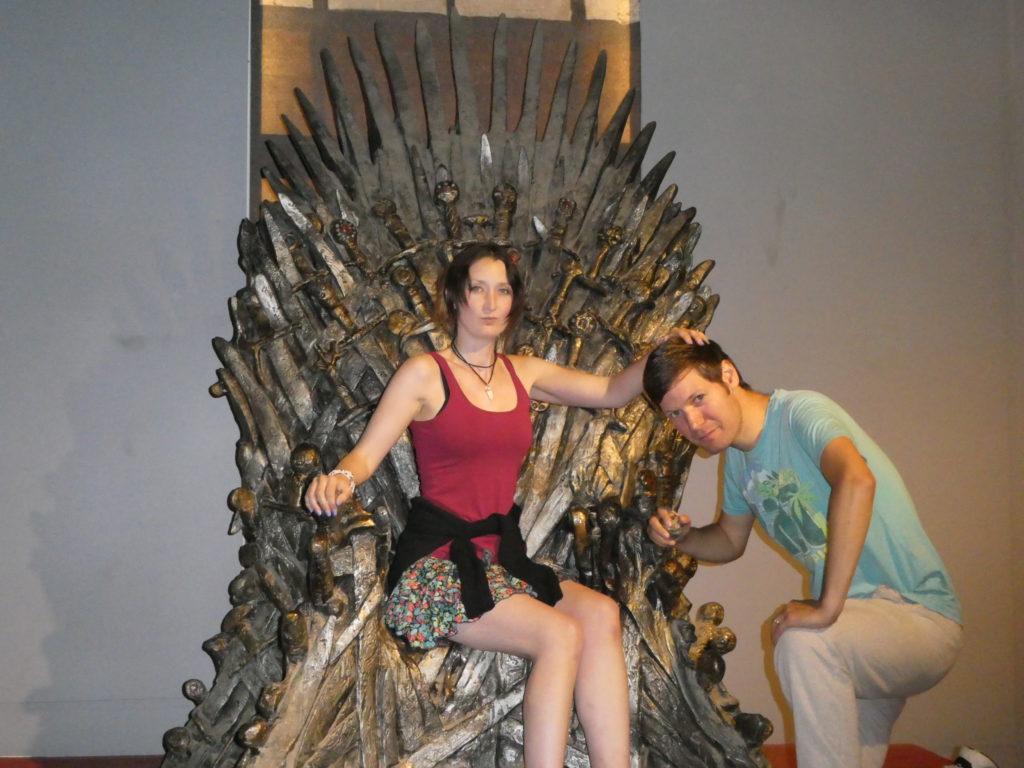 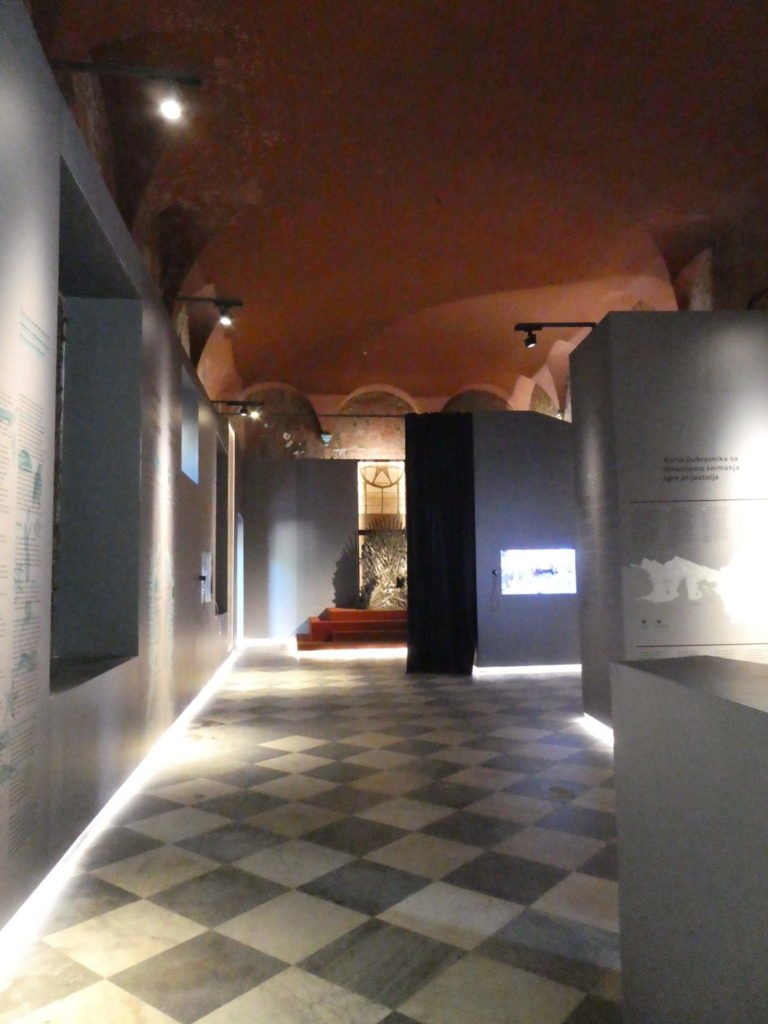 The island is another popular filming location for the TV show. Amy excitedly recognised the Monastery Complex as being the location of Qarth in Game of Thrones. If you are a big fan, you’ll have fun recalling scenes that were filmed here, in the cloisters and monastery gardens. If not, a quick Google will bring up some screen shots to help you. It really is an impressive set of ruins, with palm trees adding some exoticism to it as well. 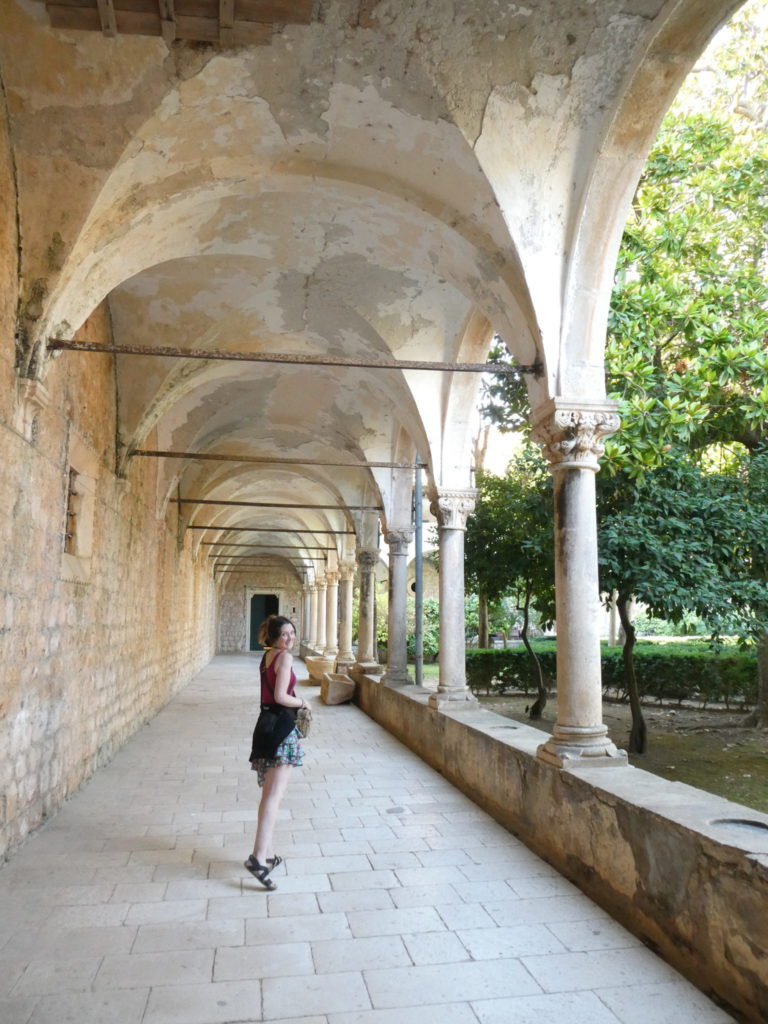 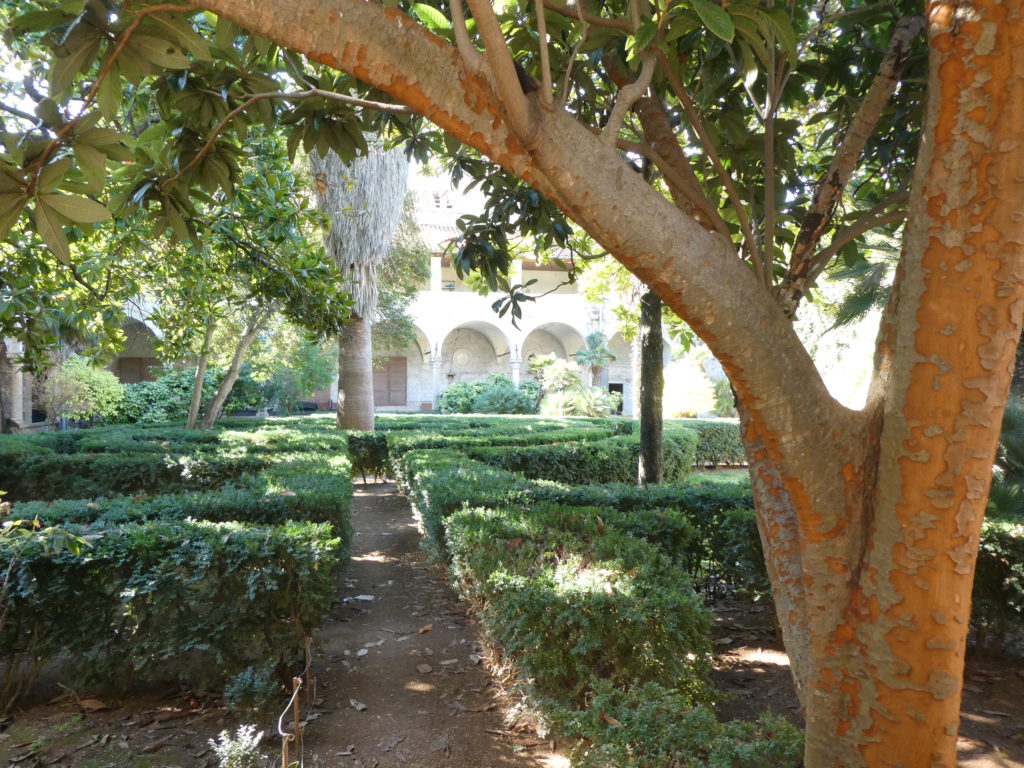 Downstairs in the Visitor Centre, you’ll find an atmospheric exhibition about the time that the English King, Richard the Lionheart, got shipwrecked on Lokrum, on his way back to the Crusades. The exhibition has lots of information boards, but also a projection relating to a supposed curse on the island, and even a wobbly walkway that is quite a shock! 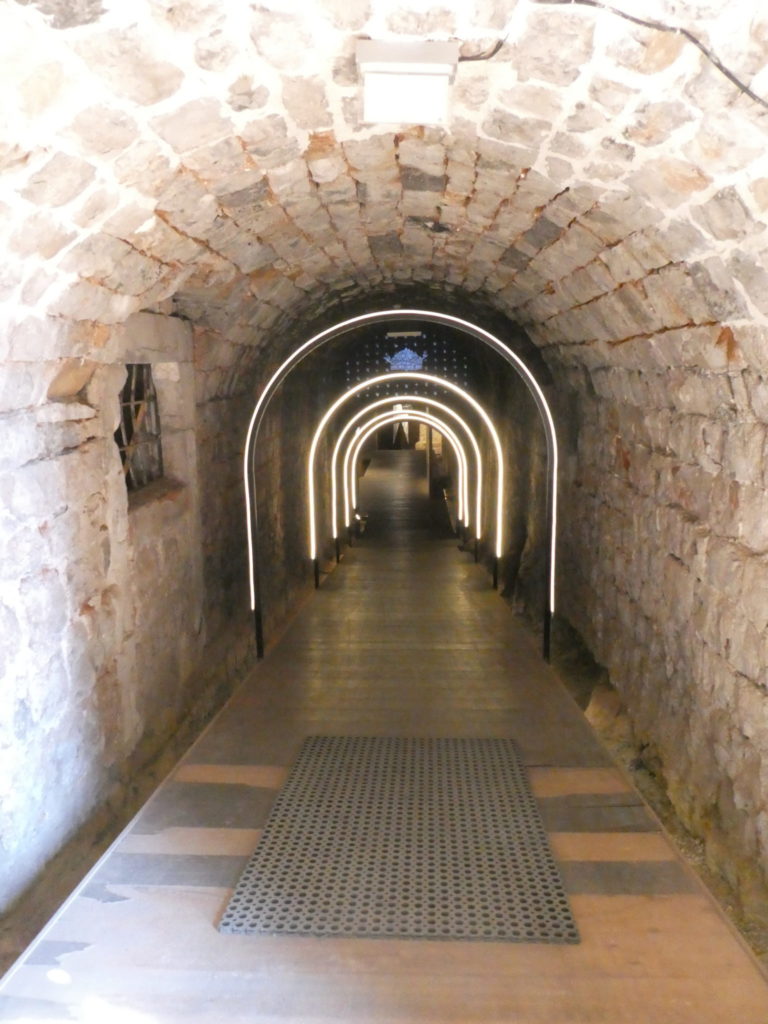 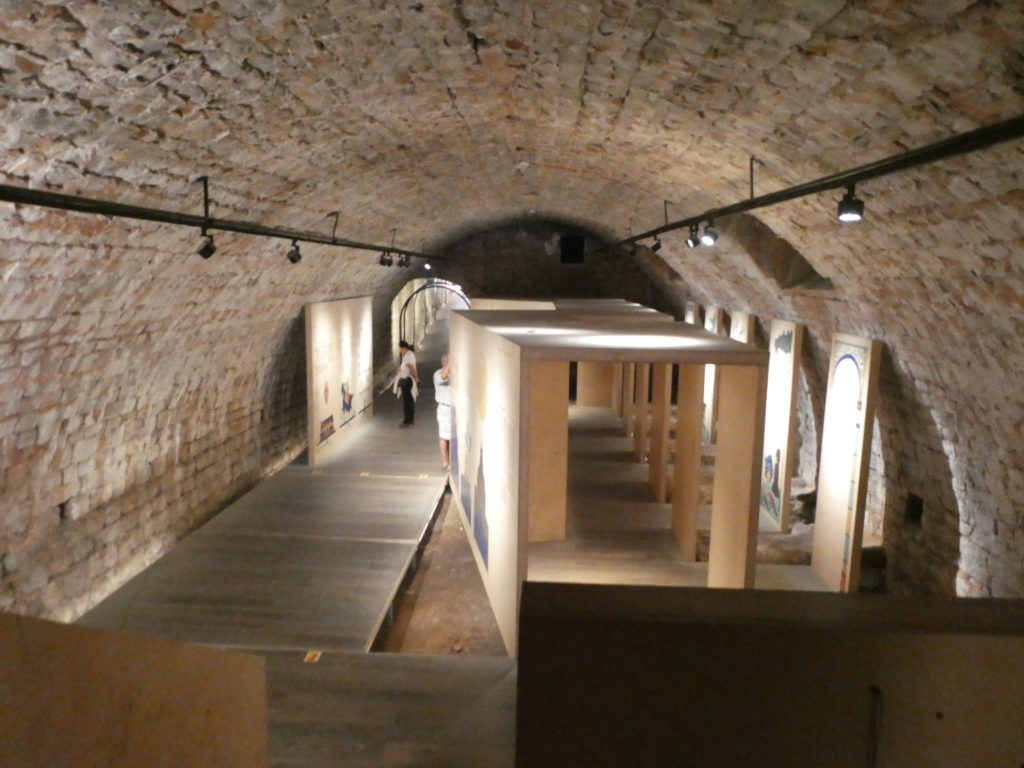 The paths on much of the island are filled with bunnies and peacocks. It is bizarre! The bunnies are rather friendly, and it is a dream come true for many people to play with so many bunnies at once! The peacocks are very inquisitive, and will most certainly want your picnic, if you decide to eat somewhere where they can see you. 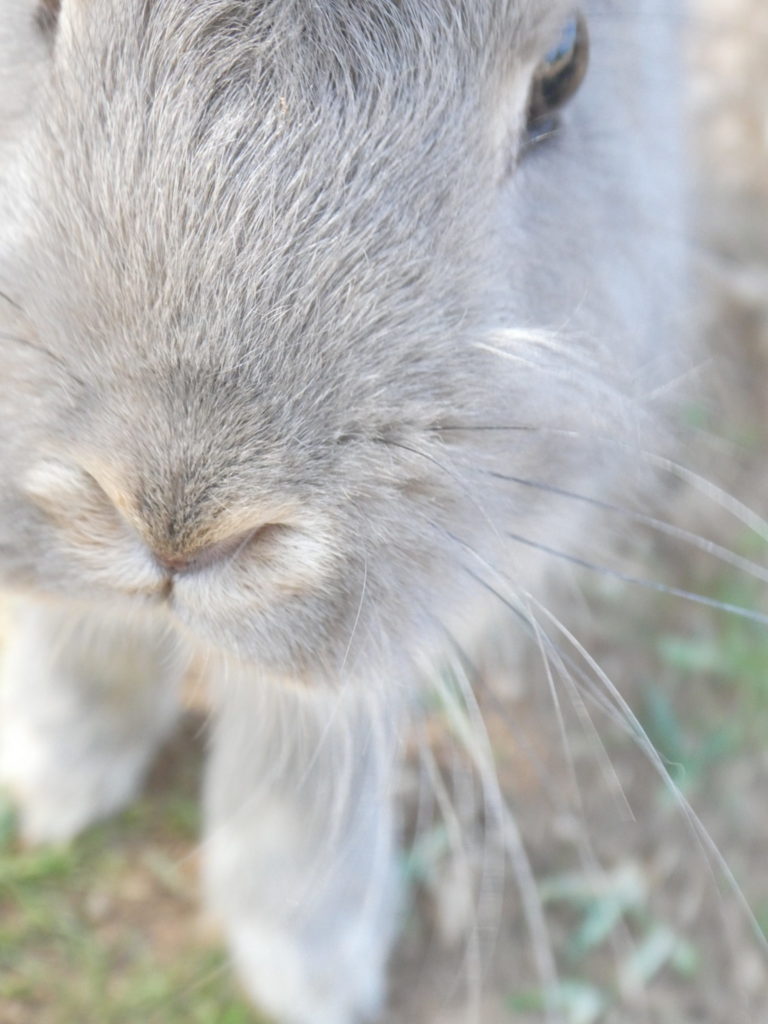 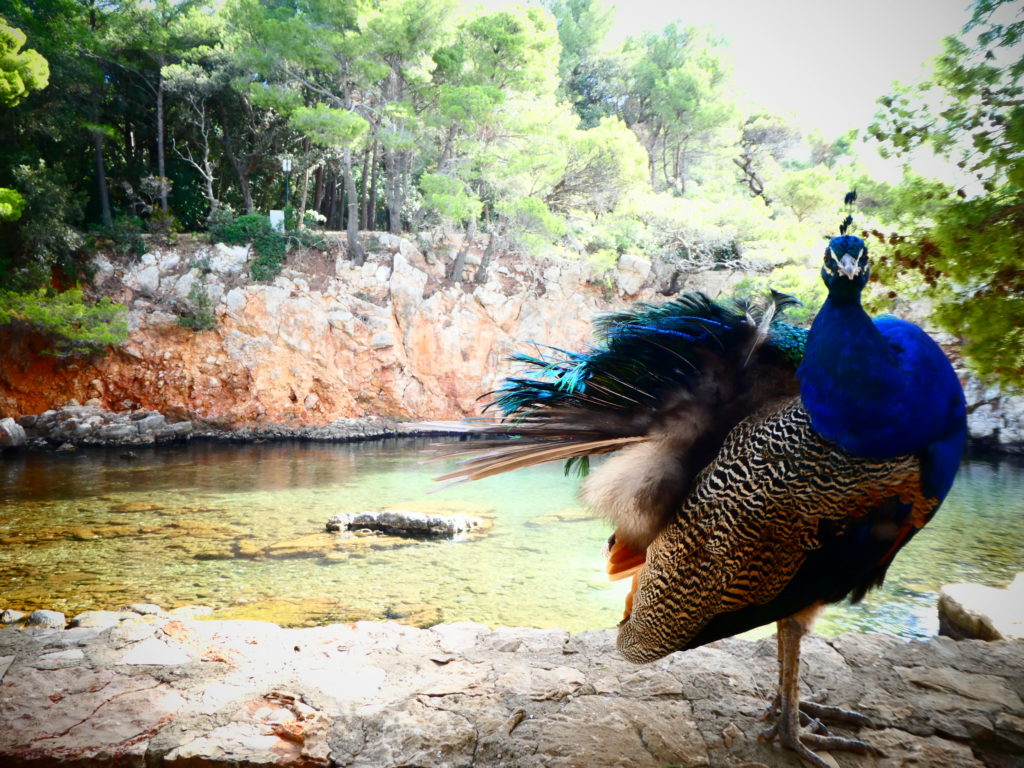 Lokrum is the sort of place you can just explore, without knowing where you are going. We’d recommend trying to eventually find your way to the top of Fort Royal. This was built in the 1800s by the invading French army, and is now totally rundown. However, it does offer stunning views over the island. You can even go inside, and down the stairs to the bottom. However, it looks rather unsafe and dank inside. Much of the island is fairly run down to be honest, due in no small part to the war in the 1990s. 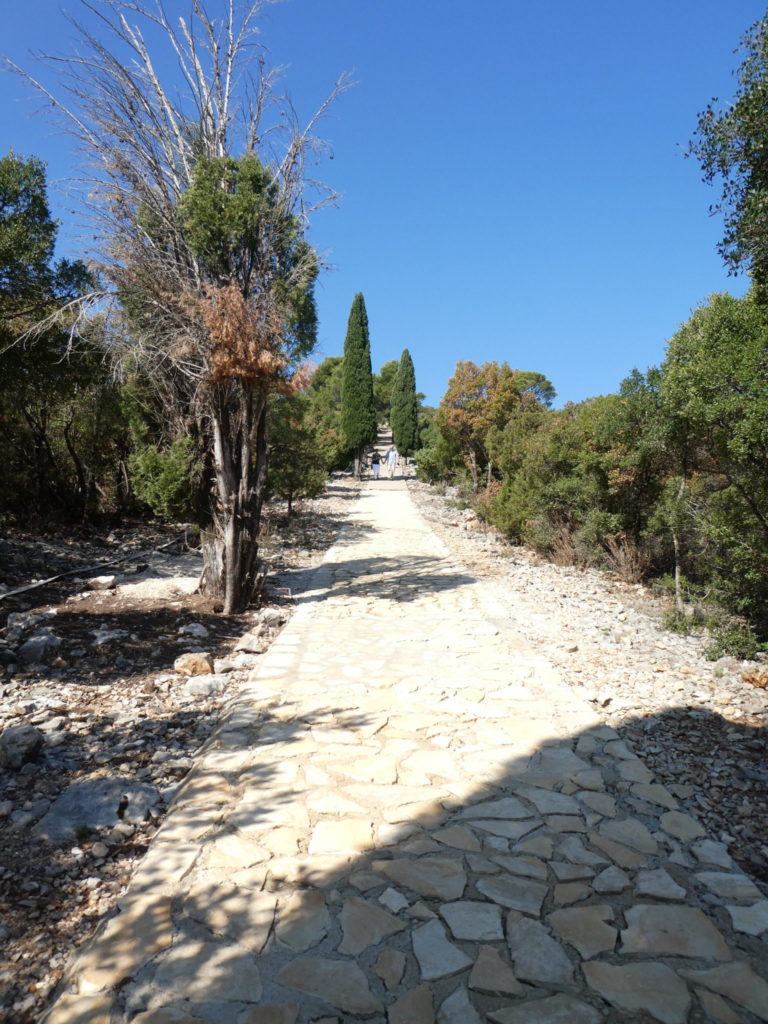 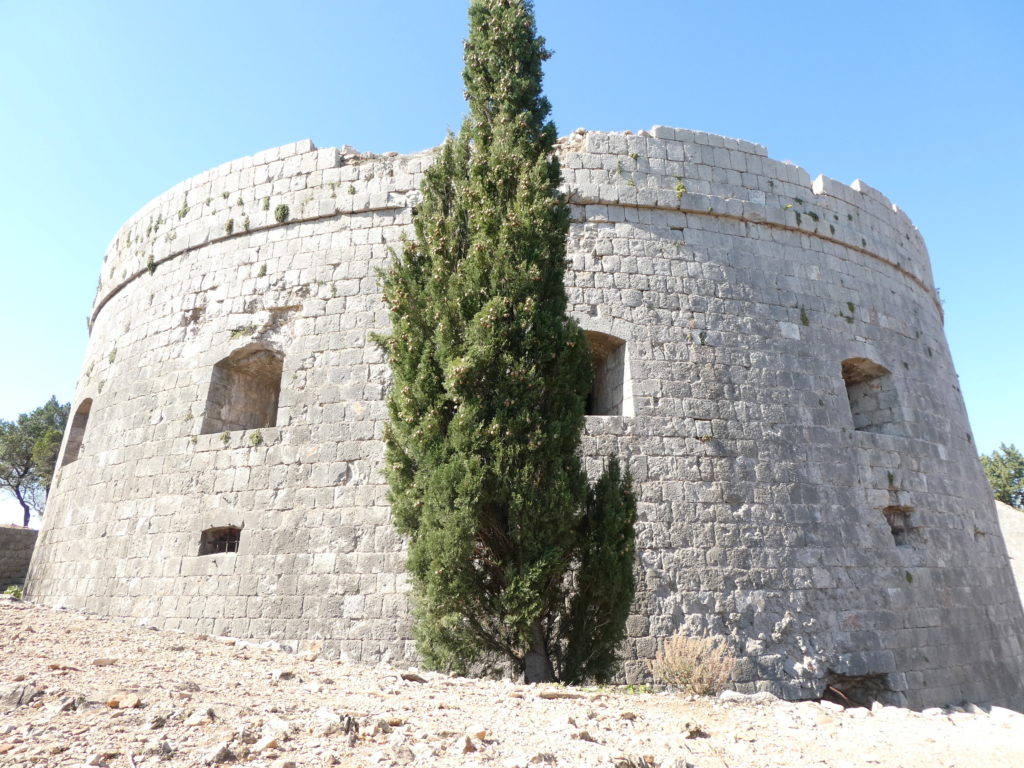 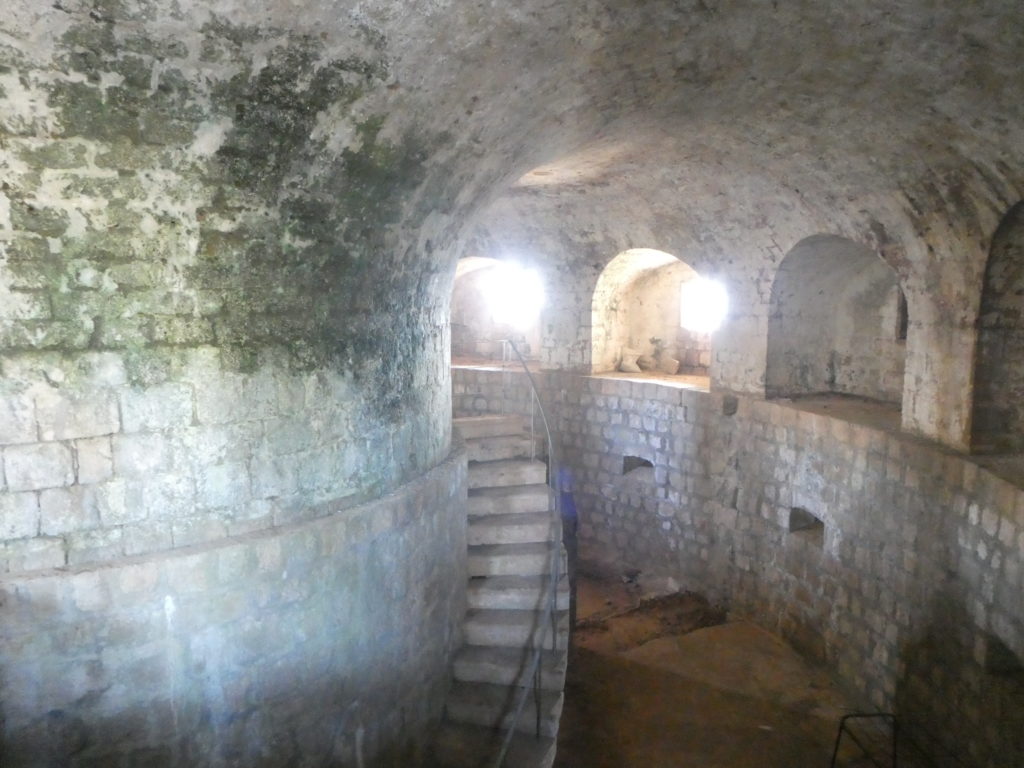 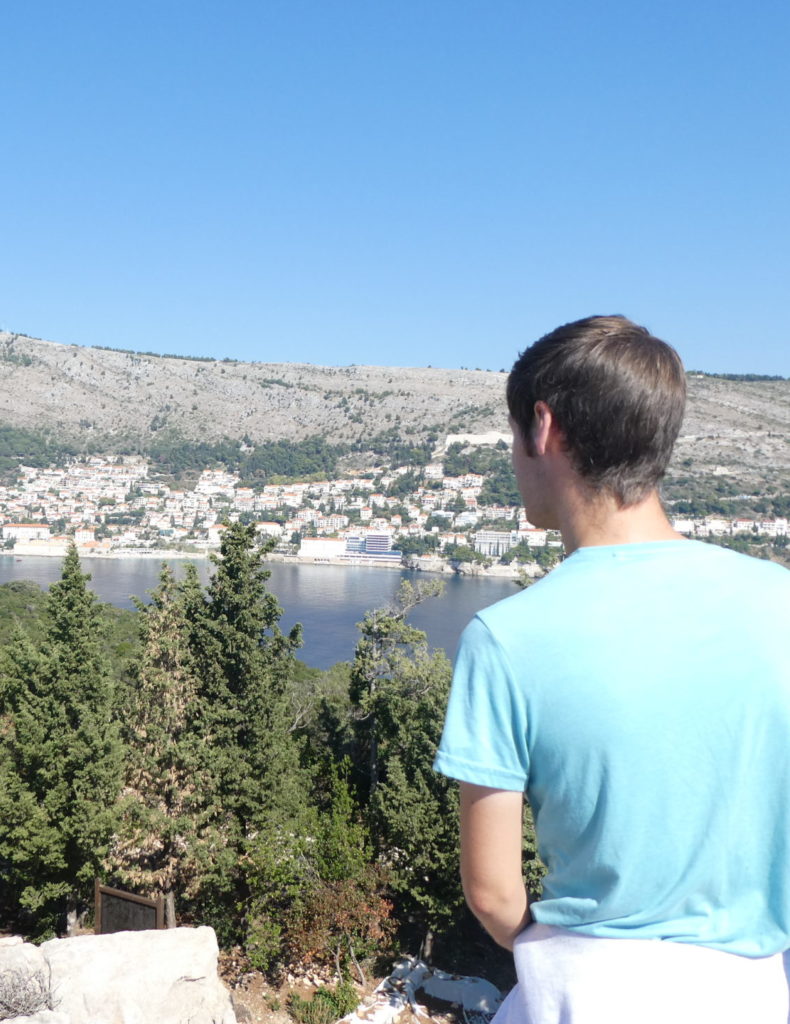 Down by the sea, there is a small unused boat jetty, perfect for picnics. It is cool to explore the rocks down there, and spot the sea creatures sticking out of the rocks. It is definitely a desert island experience, however. Lots of people, including many locals, come here to sunbathe, but we were disappointed to find an extremely rocky beach indeed. You’ll have to clamber down the loose rocks to get there, and have a search for somewhere suitable to lay down your towel. Nearby, however, there is a football field completely covered in bunnies! 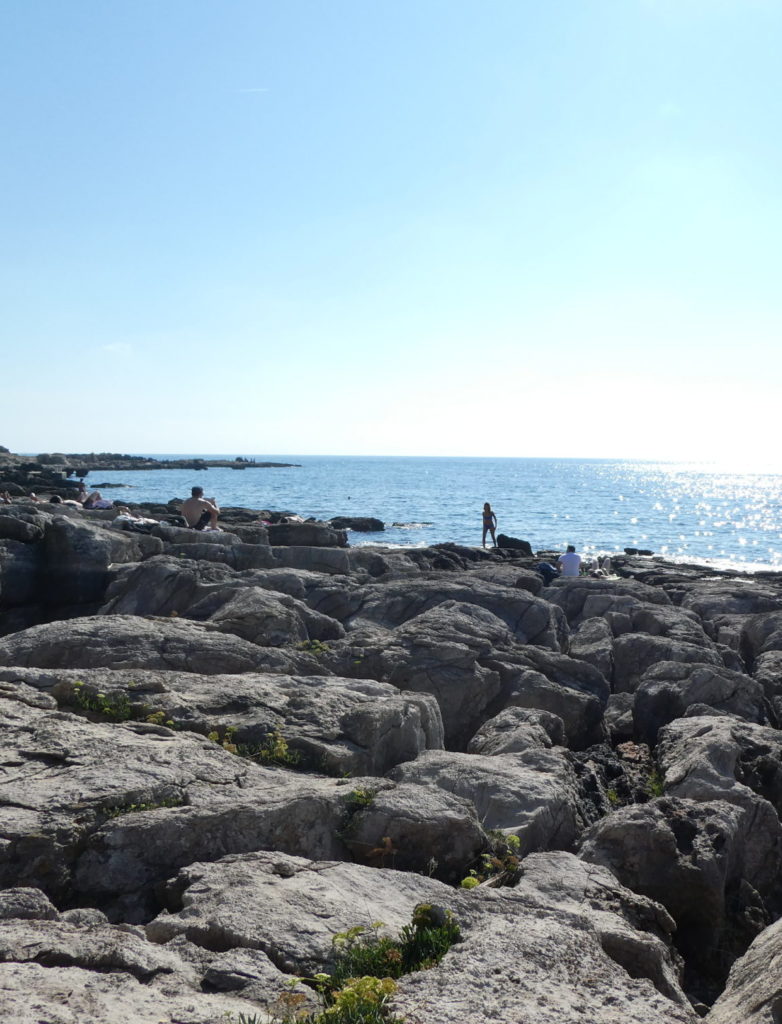 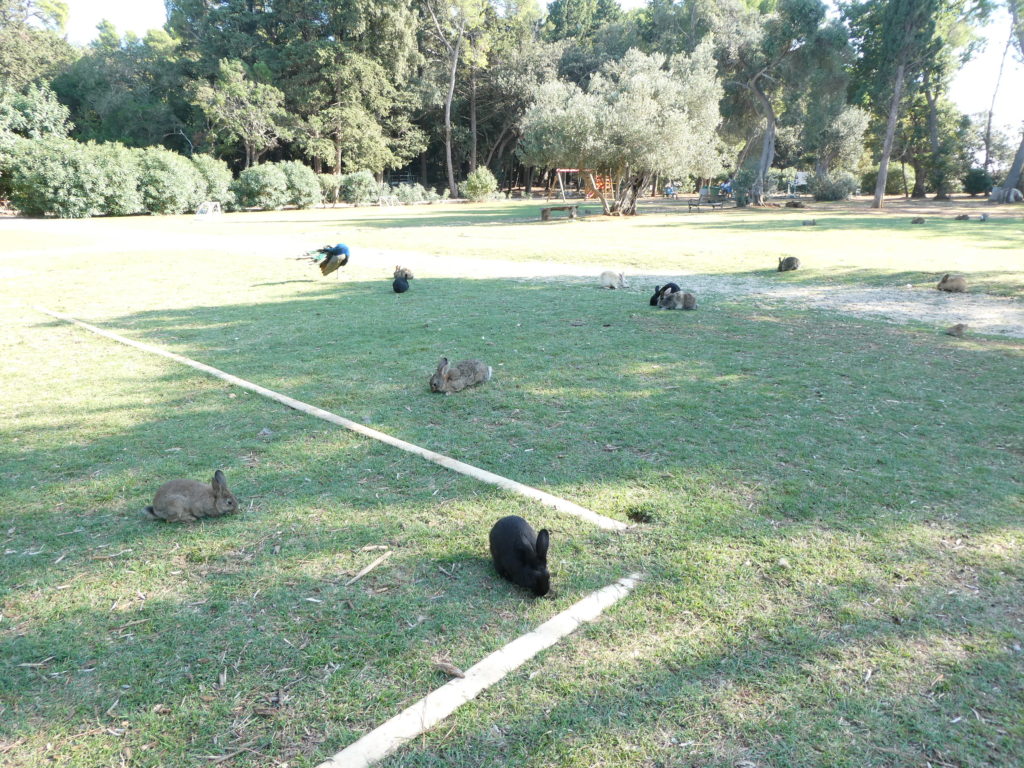 The best place to sunbathe, and have a swim, is the Dead Sea cove. Be sure to read the sign before you get in the water, however, as there is some dangerous stuff in there that you should avoid. It is also treacherously slippy on the rocks walking into the cove, so be careful. 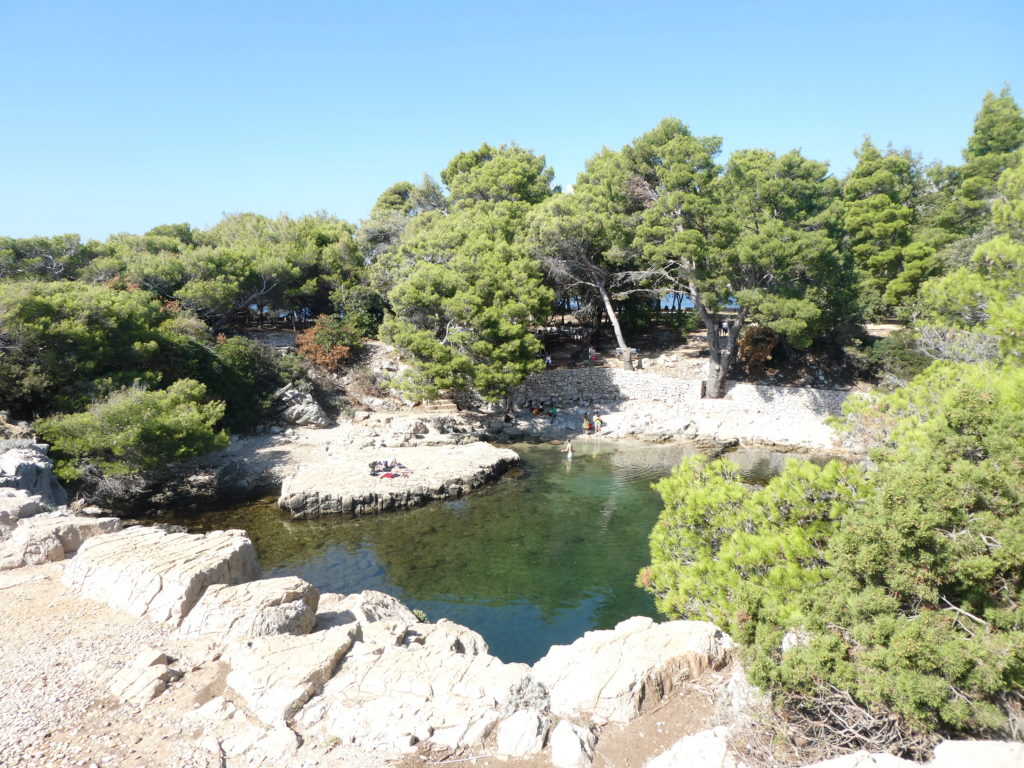 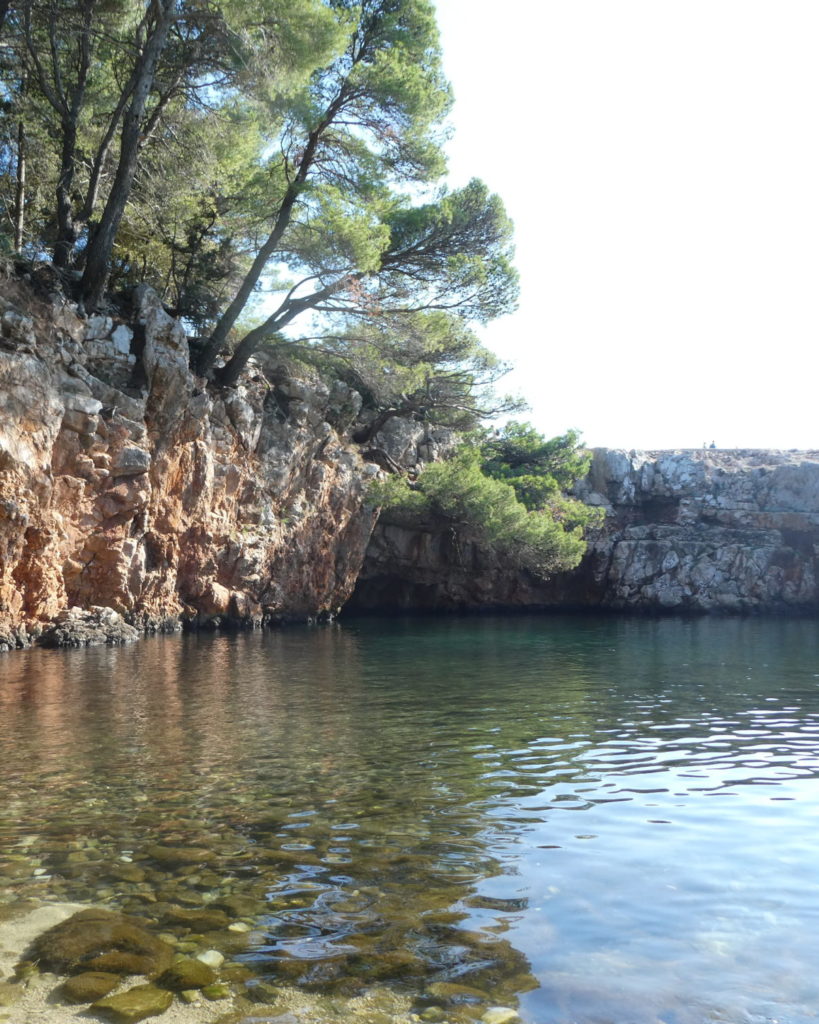 Pigeon’s Cave is a bit difficult to find, and not signposted well at all. We were going through bushes and all sorts. We are pretty sure that you can’t get down to the inside of the cave, as we made our way to an overlook over an insane drop down to an immense cave. However, it looks great and well worth seeking out. 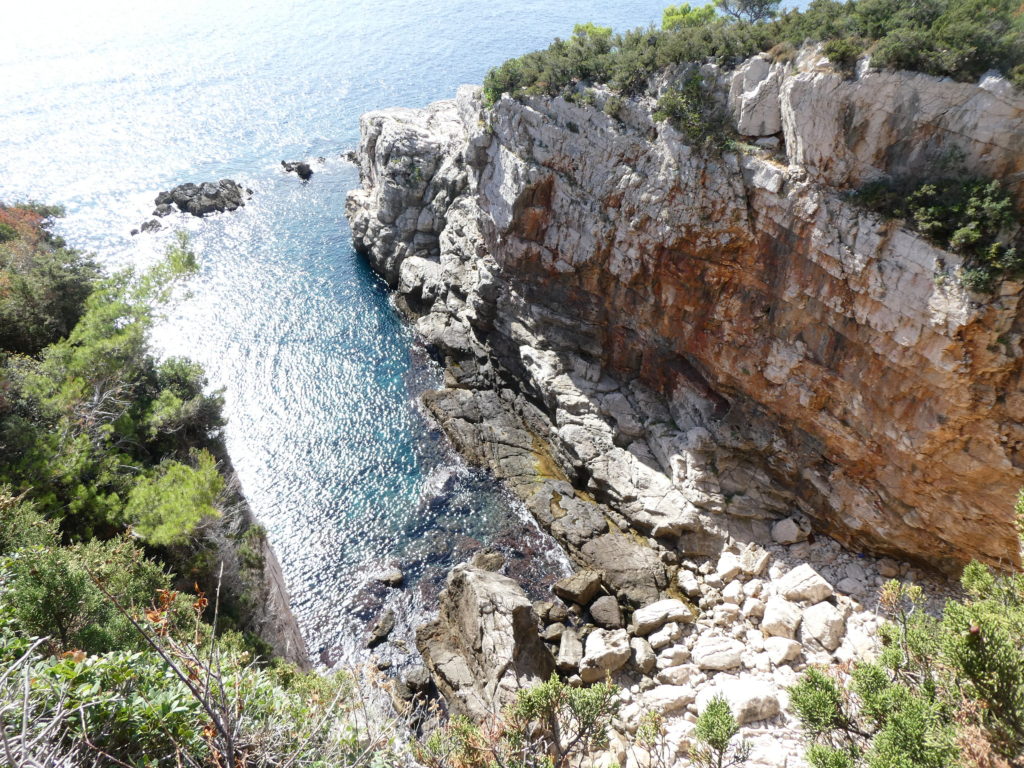 Another thing worth checking out is Charlotte’s Well, though it is rather difficult to find. In fact, it is rather scary, since it takes you deep into the woods. Once there, you’ll find the most insanely creepy sculptures, made of natural materials. It looks like a scene from The Blair Witch Project! The creatures are part of an exhibition called Mystical Creatures. Even the inside of Charlotte’s Well, which is a large concrete pool looking thing, is decorated, like it has just been part of a weird cult ritual. One of the creepiest is a tree stump decorated with a goat’s skull for a head! One less threatening one was a dragon that looked like a potato shape. 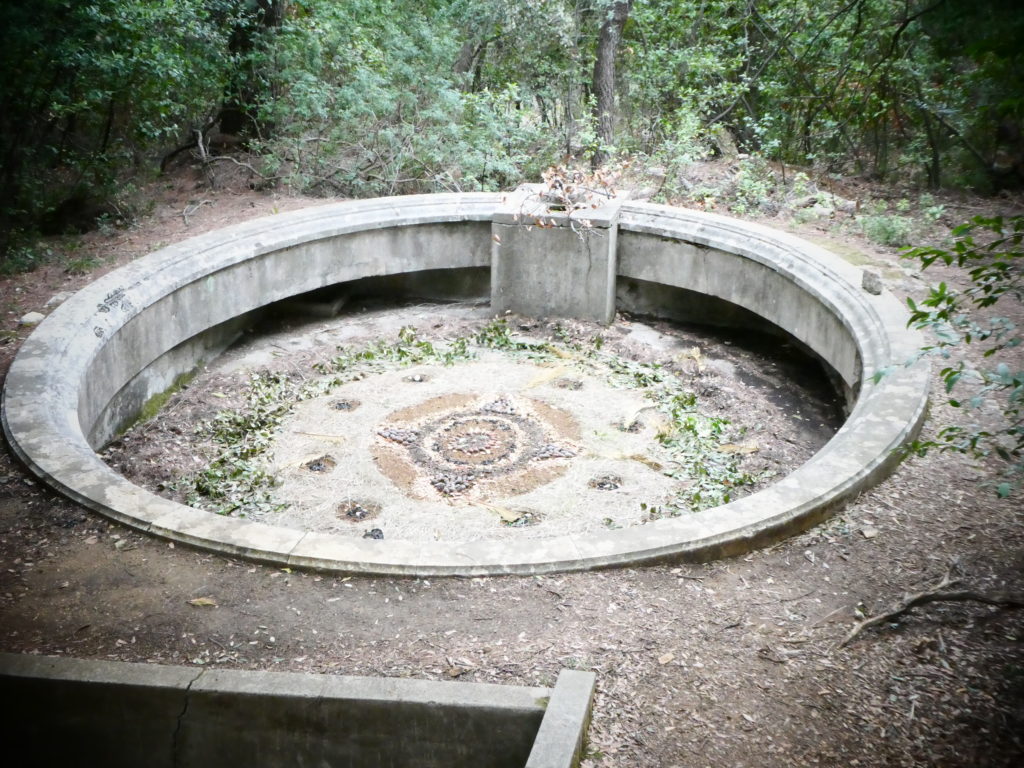 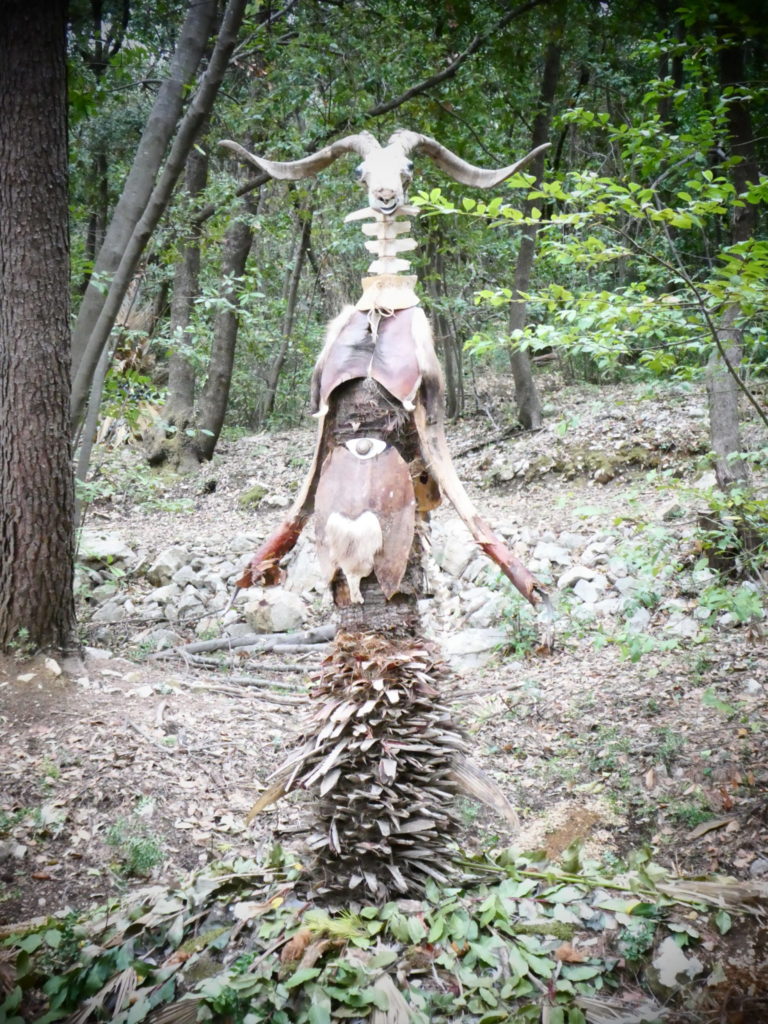 Whatever you enjoy, you’re sure to be impressed with Lokrum

Before you leave Lokrum, be sure to check out the Botanical Gardens. Even more Game of Thrones were filmed there. They have a good variety of plants in there, from Mickey Mouse shaped cactus, to palm trees. Then, its time to head back to Dubrovnik. Despite how incredible Dubrovnik is, you’ll be hard pressed to leave! 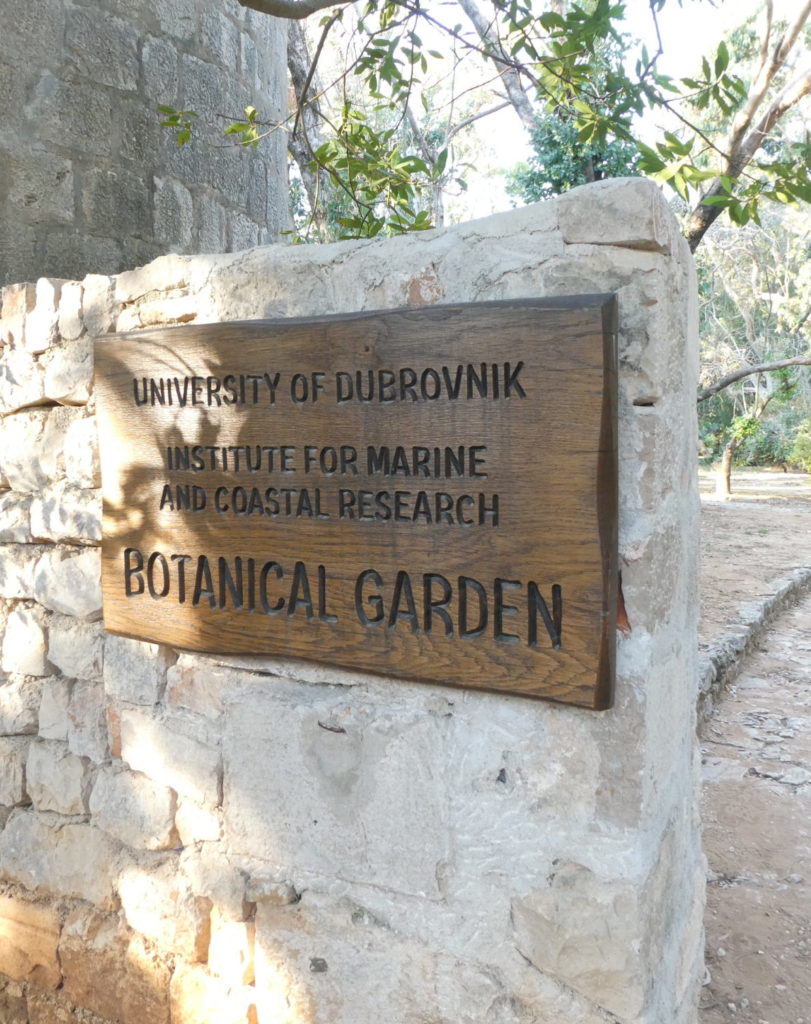 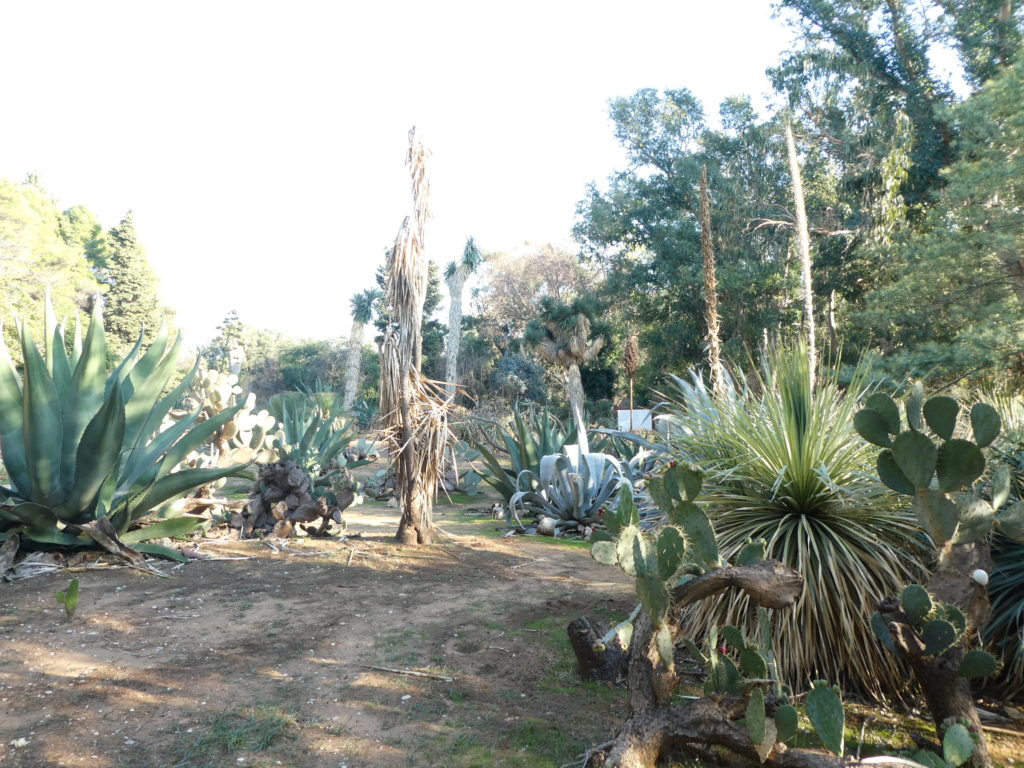 Have you ever had a desert island experience somewhere rather closer to the mainland than you expected? 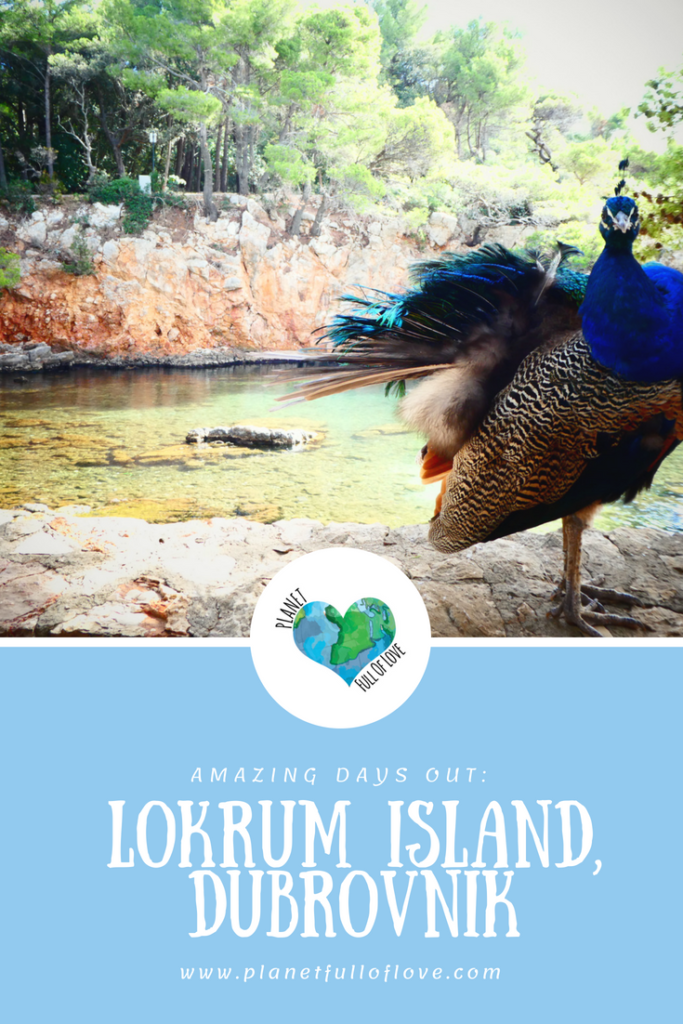