Have you heard of Ivan Mestrovic? Chances are that if you’re not Croatian or a sculpture aficionado, you haven’t. Mestrovic is immensely popular in his Croatian homeland, and his works can be found all over the Balkans. Indeed, not a day seemed to go by in our month or so travelling around the Balkans without coming across another example of his genius. Therefore, when we got the opportunity to visit the Ivan Mestrovic Gallery in a large house in Split designed by Mestrovic himself, we jumped at the chance. 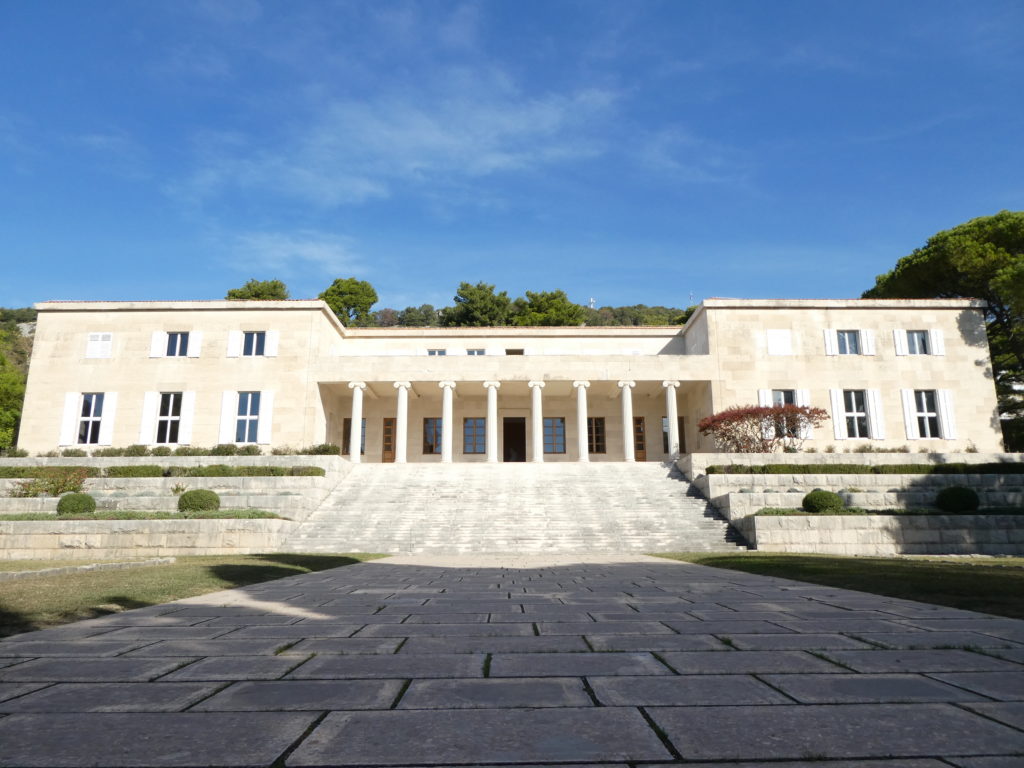 Apart from at the gallery, here are some more of the works of Mestrovic that we have seen on our travels. They include Victor at Belgrade Fortress, Marin Drzic in Dubrovnik, Gregory of Nin in Split and the Racic Family Mausoleum in Cavtat. American readers may be more familiar with Spearman in Chicago. 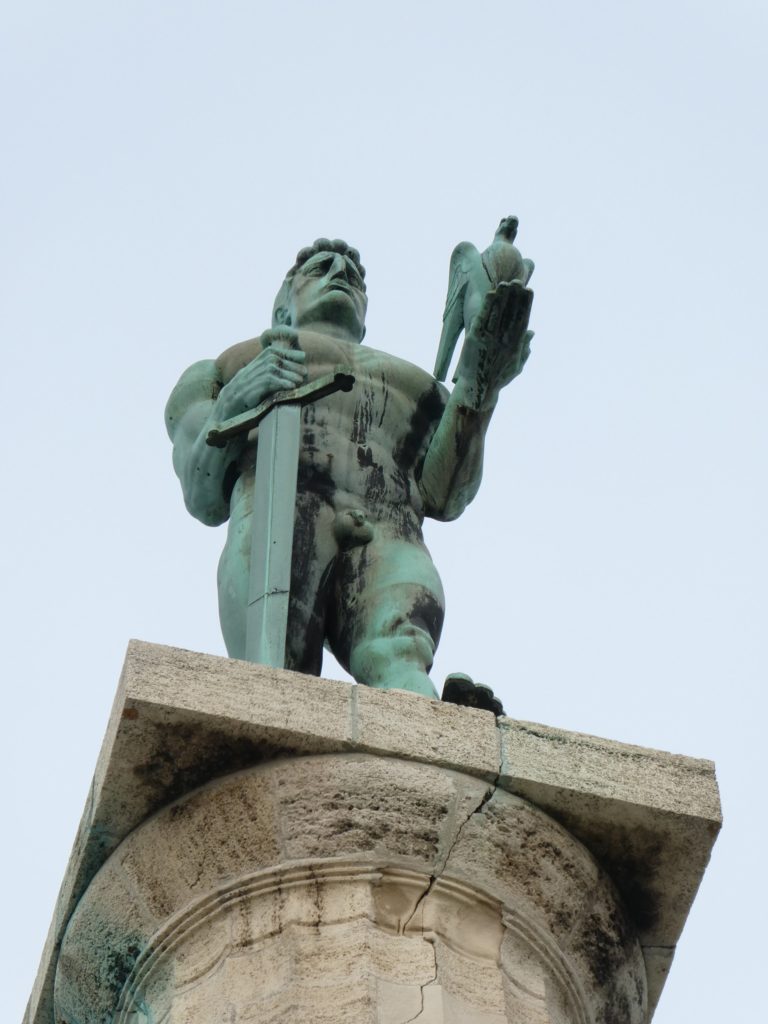 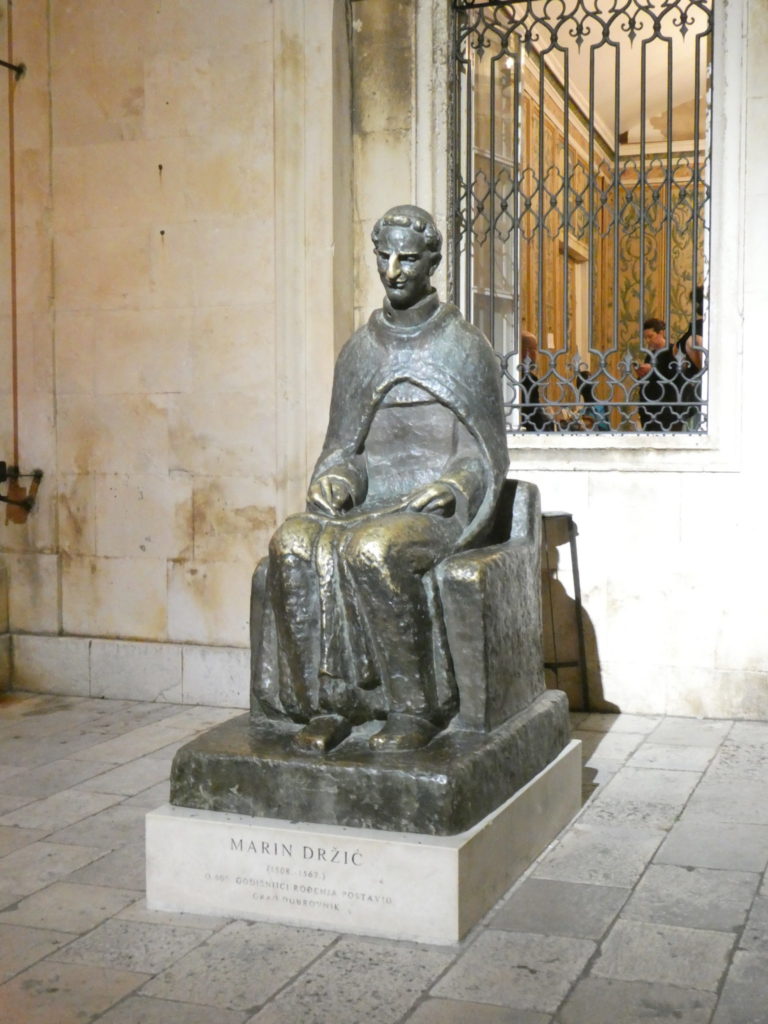 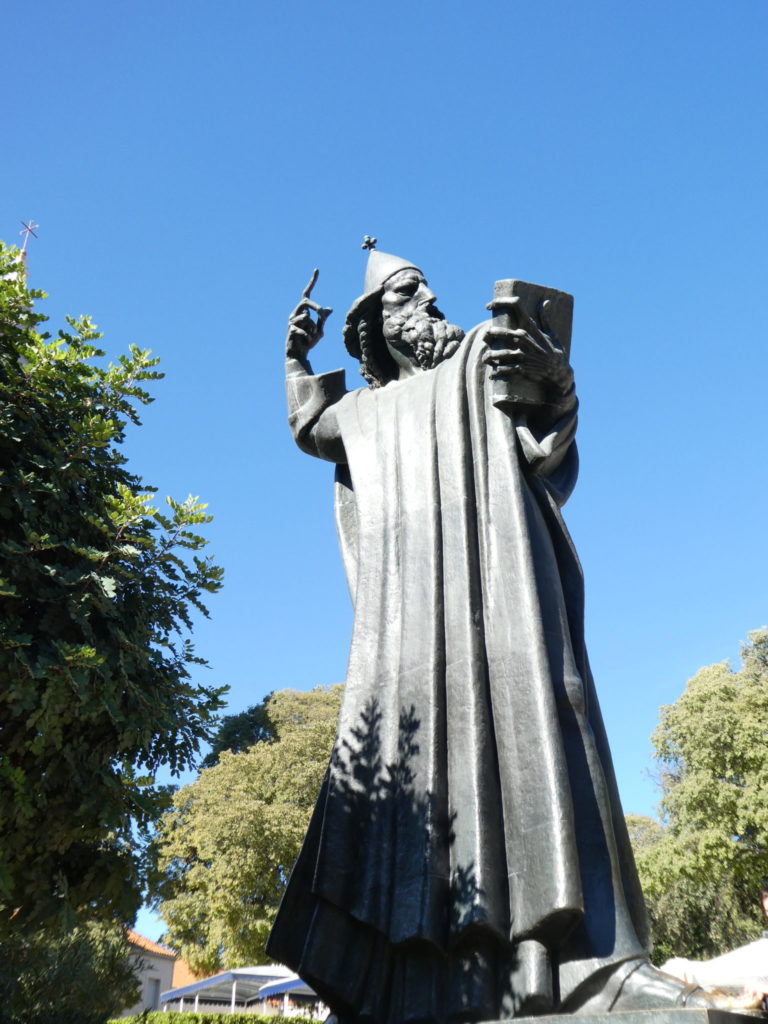 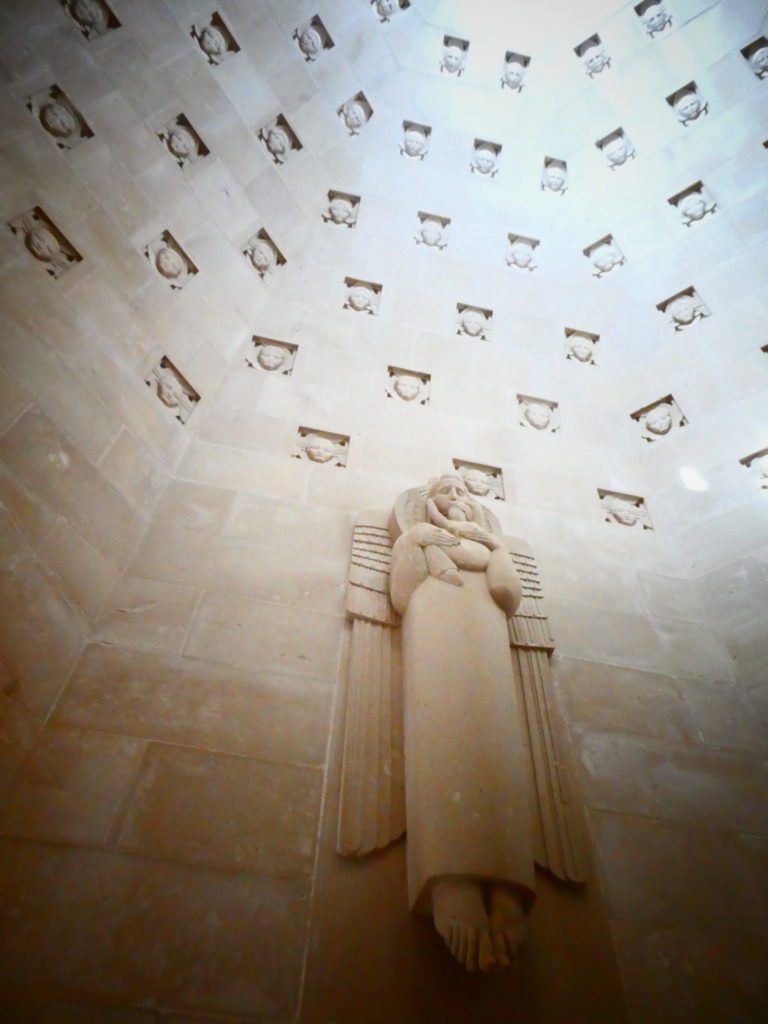 OK, back to the Ivan Mestrovic Gallery

The Ivan Mestrovic Gallery in Split is housed in a stunning house that was built for and designed by Mestrovic himself. However, he didn’t end up staying there much. Instead, it became the home for a large collection of his intense and provocative sculptures. When entering, you’ll be given a little guide leaflet that explains about some of the more interesting pieces in the collection. The building is reached via a large staircase. This staircase gives unobstructed views of the beautiful large house as you climb it. 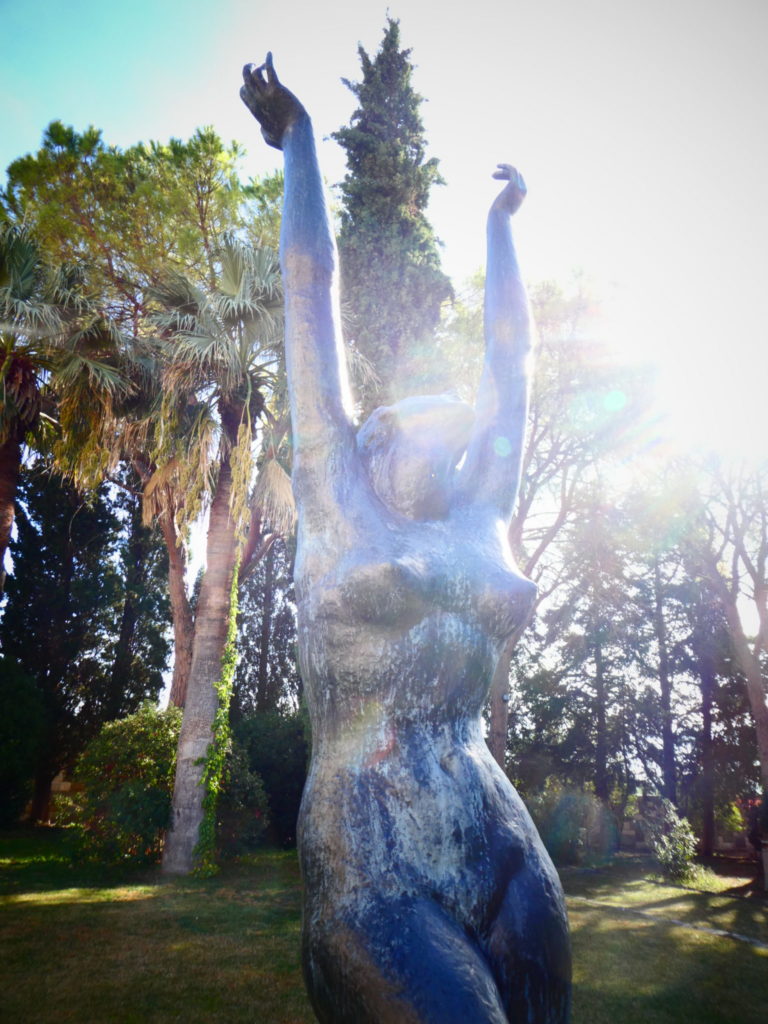 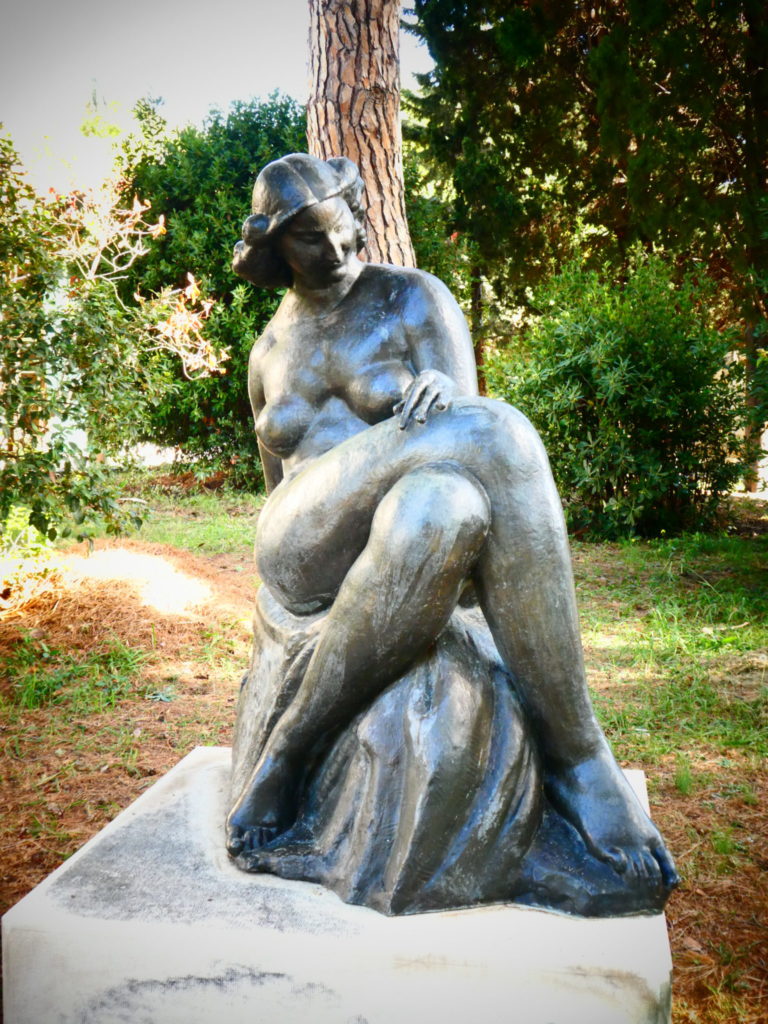 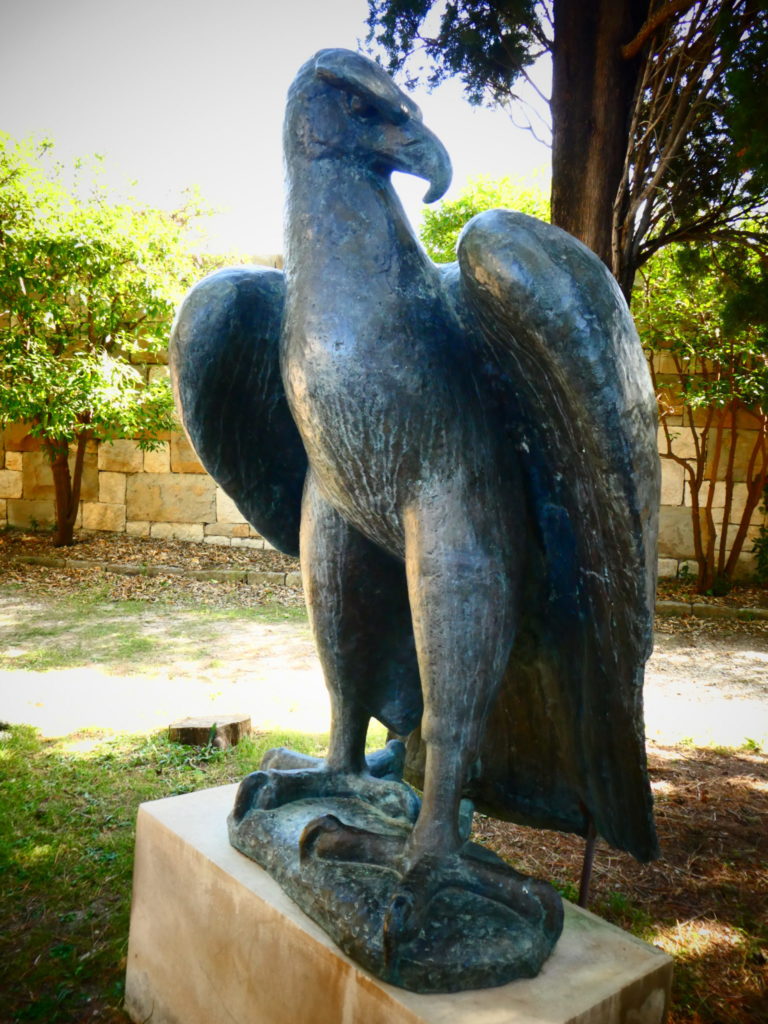 At the top is a large garden area that is now home to a number of large Mestrovic works. Subjects include naked women and a Cyclops! A room on the lower level certainly has the wow factor, containing several huge stone statues of women, that look Egyptian pharaoh style. We had loads of fun getting pictures of us in different positions amongst them, so we could get this animation!

The house is a stunning location for the artworks

Entering the house via another grand staircase, you come to the house proper. Some of the rooms look rather homely, but in the main it is more like a museum these days. Some works are based on his family members, whilst many others are based on religious themes. Interestingly, we discovered that Mestrovic often based the appearances of religious figures on himself and his family. He even modelled the famous Gregory of Nin statue outside the Golden Gate on himself! 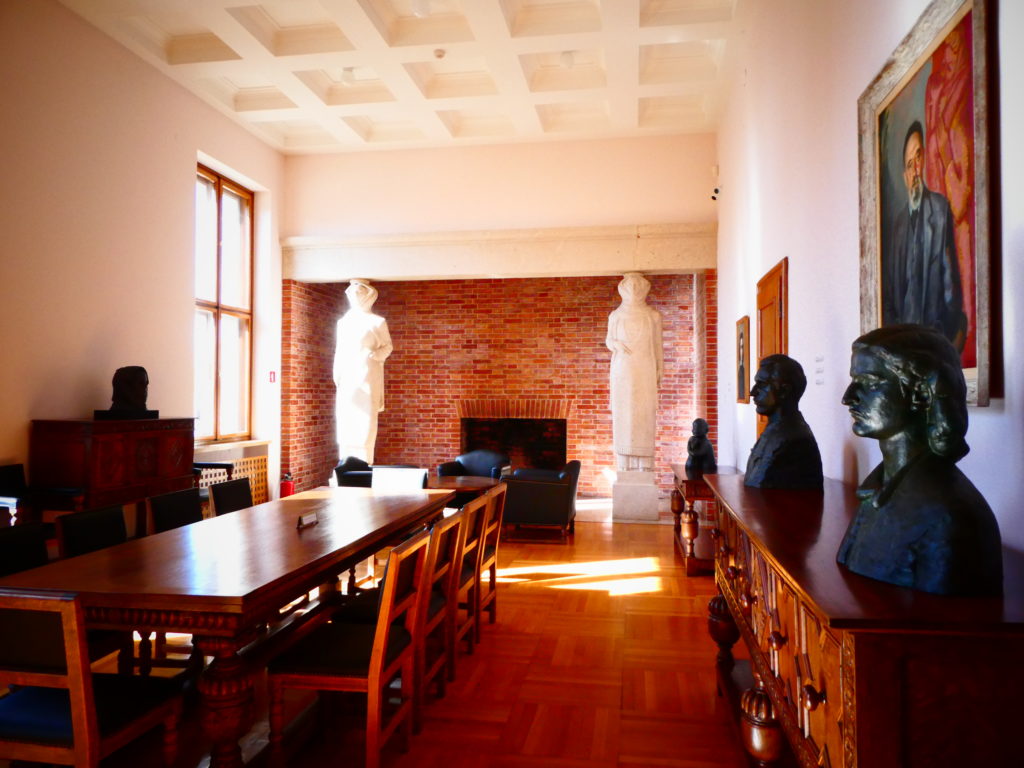 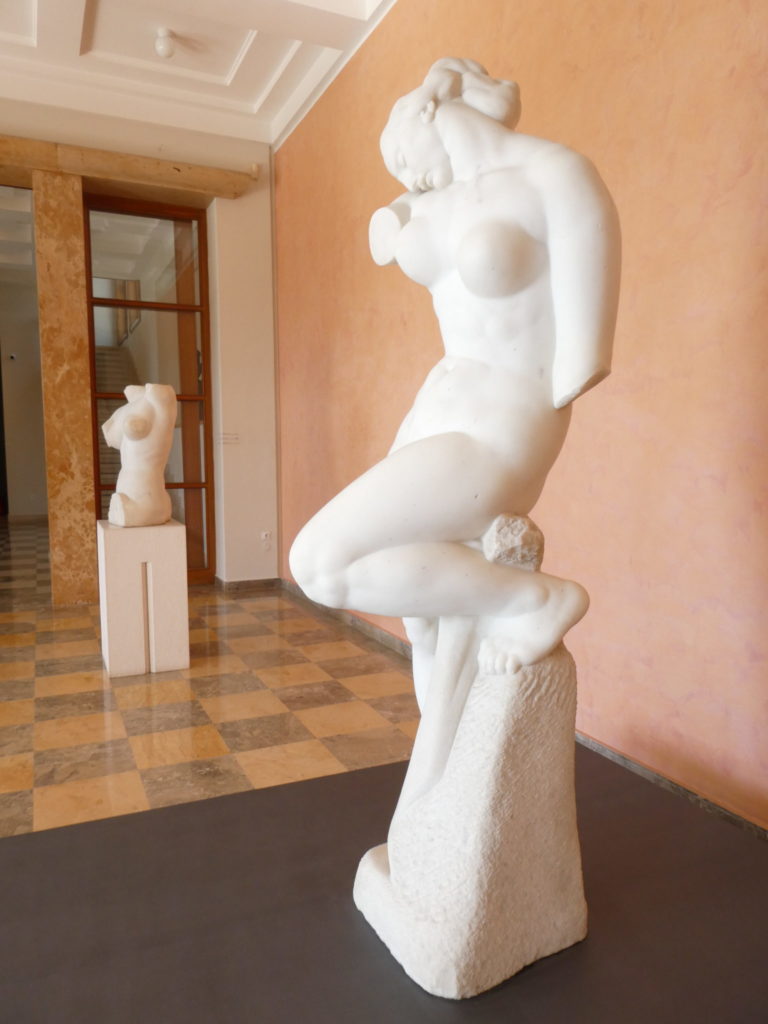 The views out to sea are as beautiful as the artworks within. It is such a stunning location. Upstairs is more of the same. The setting added to our enjoyment of the amazing works of art. They masterfully show the most subtle emotions, as well as some rather abstract designs. The balcony at the top is worth the admission cost alone. 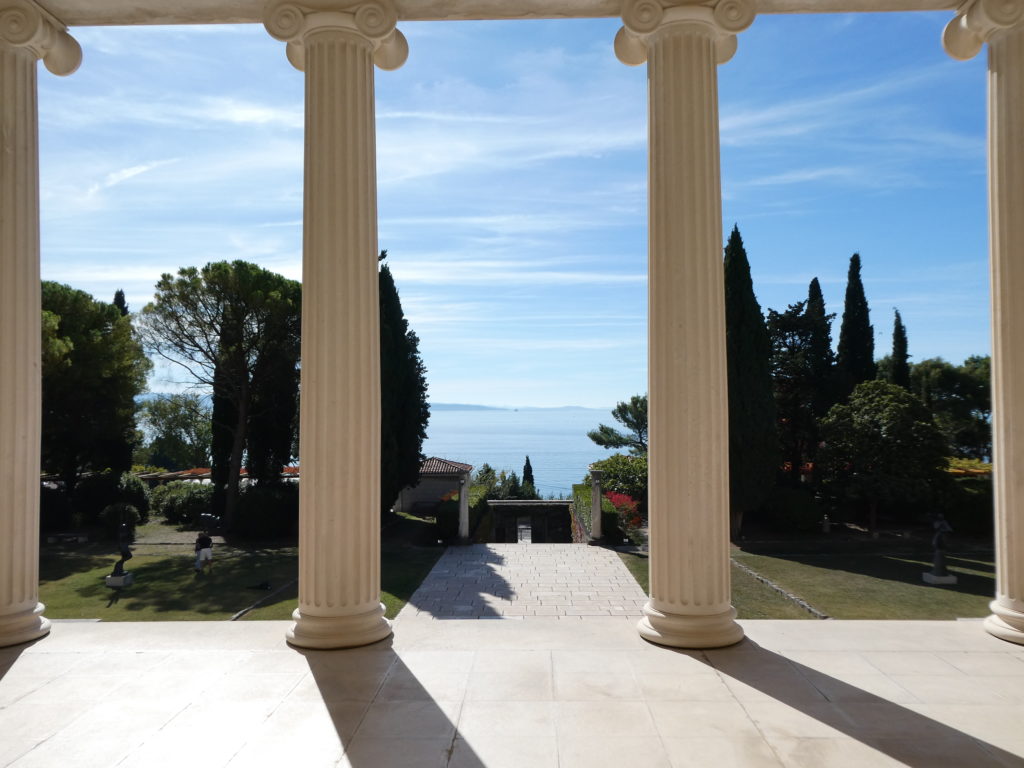 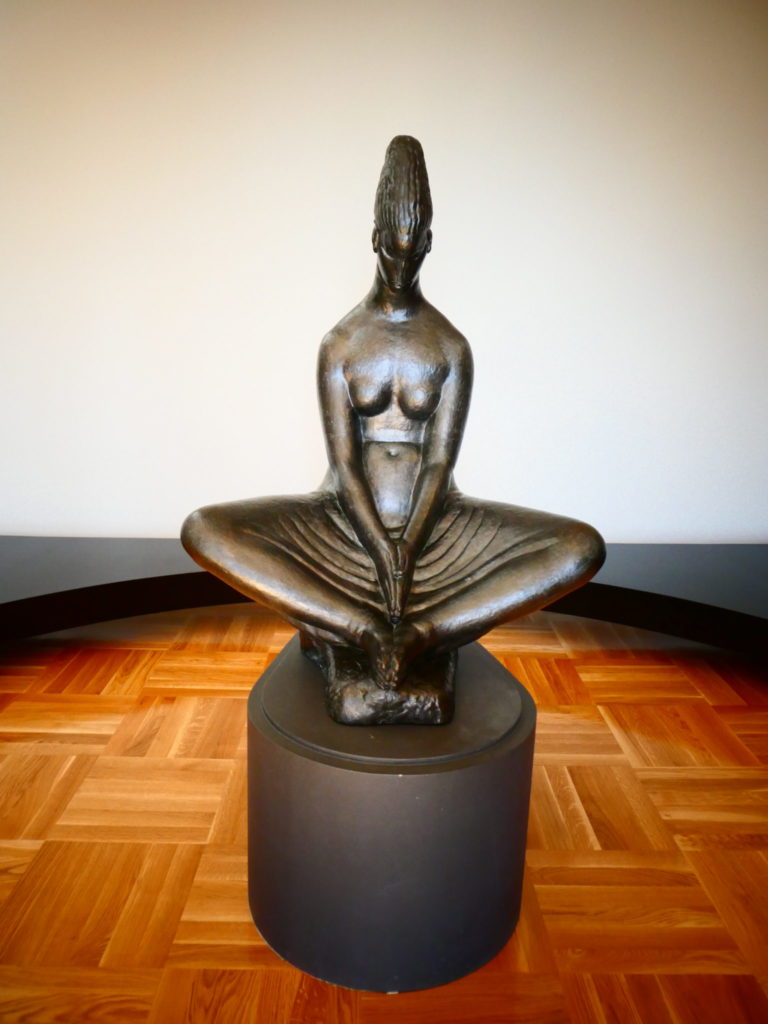 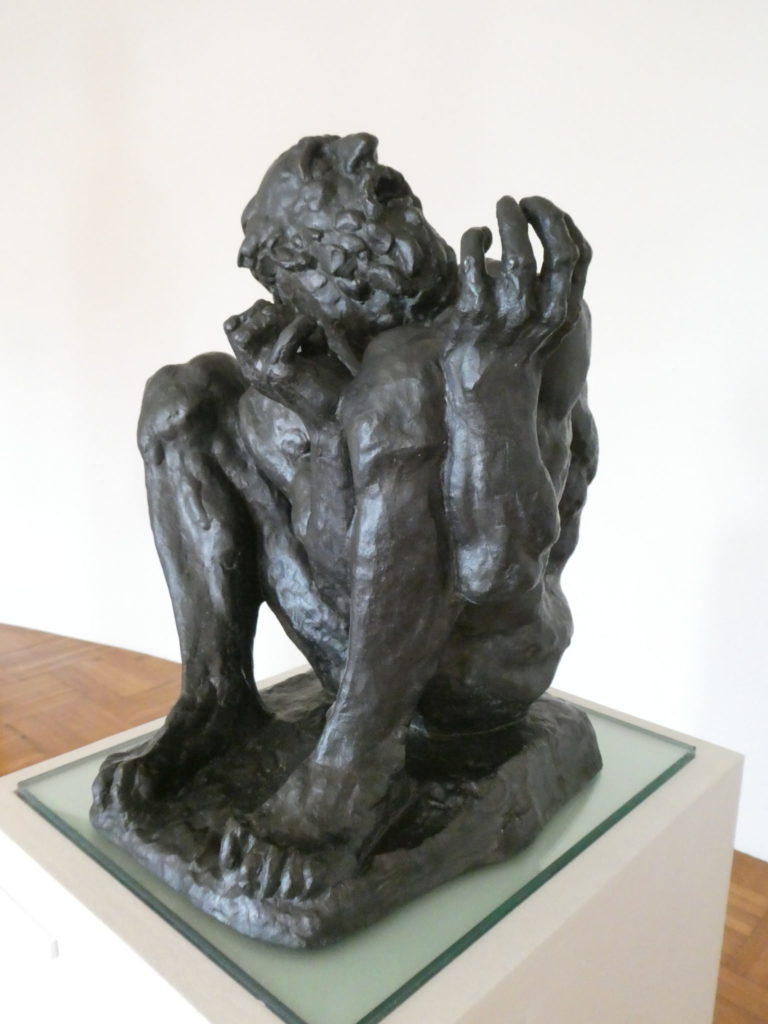 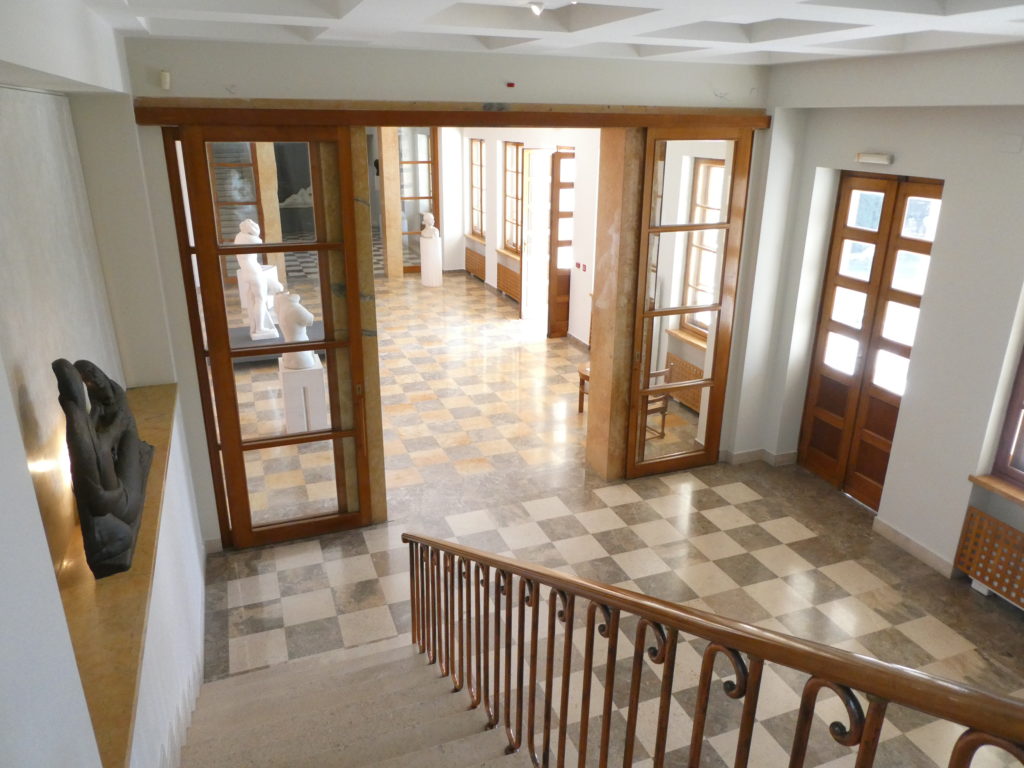 The whole museum seems to encourage creativity as we spotted a few other people doing some unusual photo opportunities. A large group of cyclists were doing a synchronised jump on the staircase, whilst a different woman threw her arms in the air to mimic one of the sculptures. We made the most of the surroundings by having a picnic in the grounds before we left. 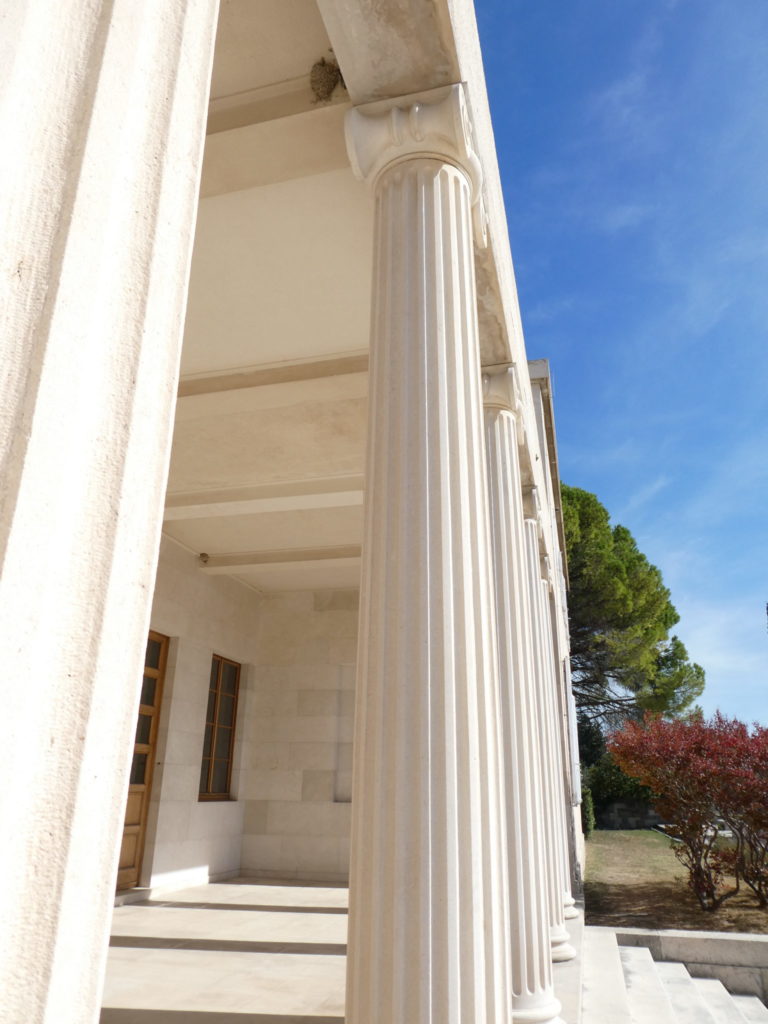 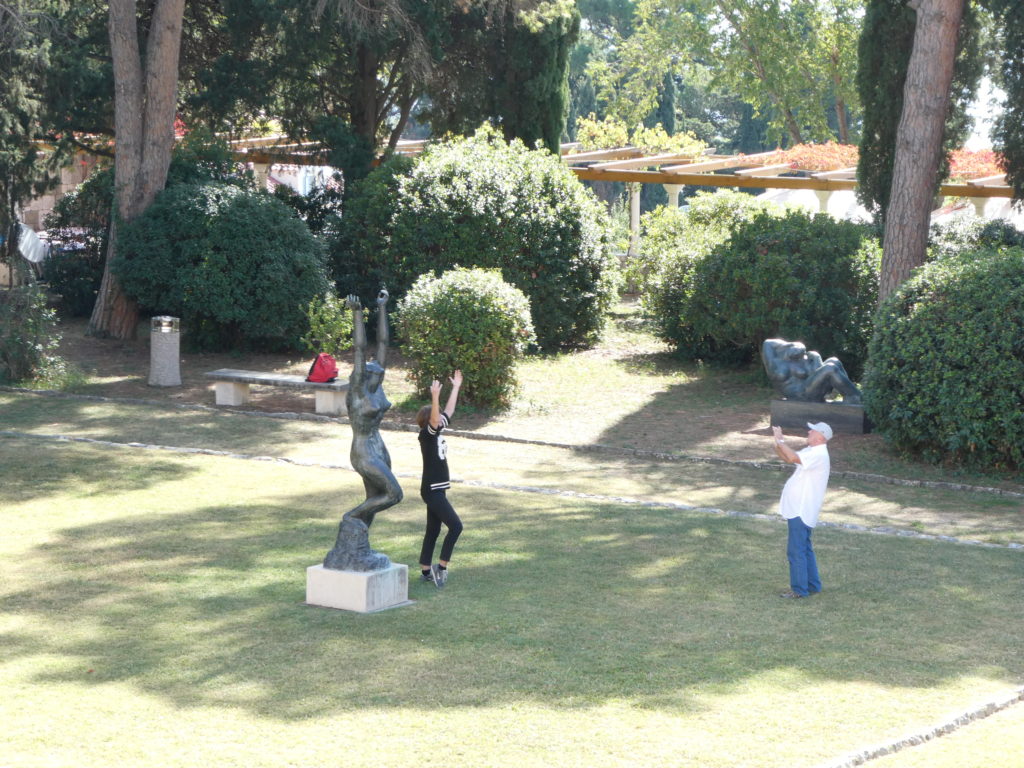 Also included in your ticket is the nearby Kastelet, which is down on the seafront. The Kastelet is a fortified home from the 1500s that Mestrovic had bought especially to house his Life of Christ cycle of wood reliefs. He spent half of his career making these, over many many years. Strangely, he didn’t make them in order, but seemingly randomly. It is interesting to see how his style changed throughout the years, and this provides a great opportunity to see the development easily. They are housed in a chapel just off from a gorgeous courtyard. 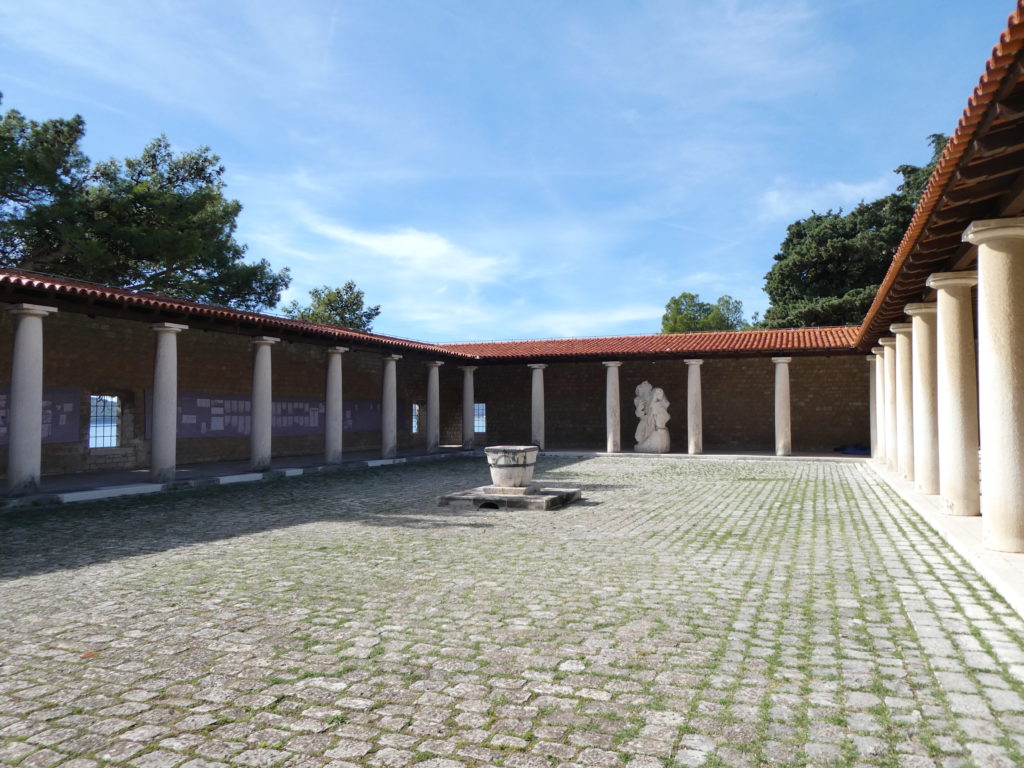 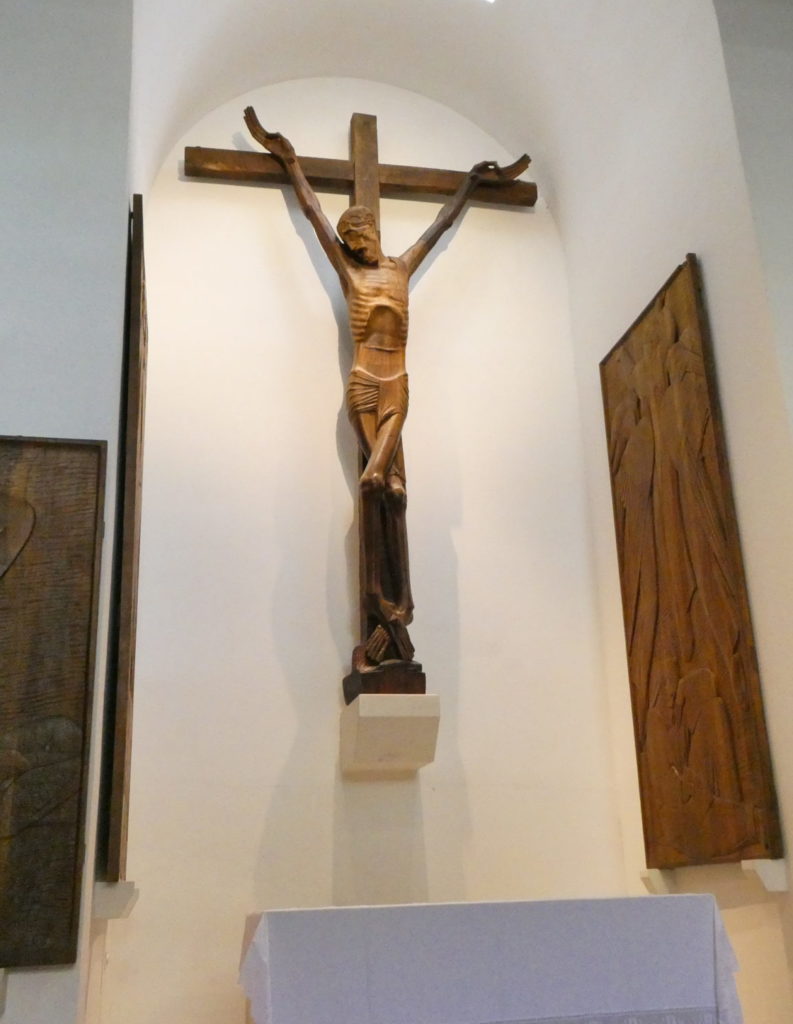 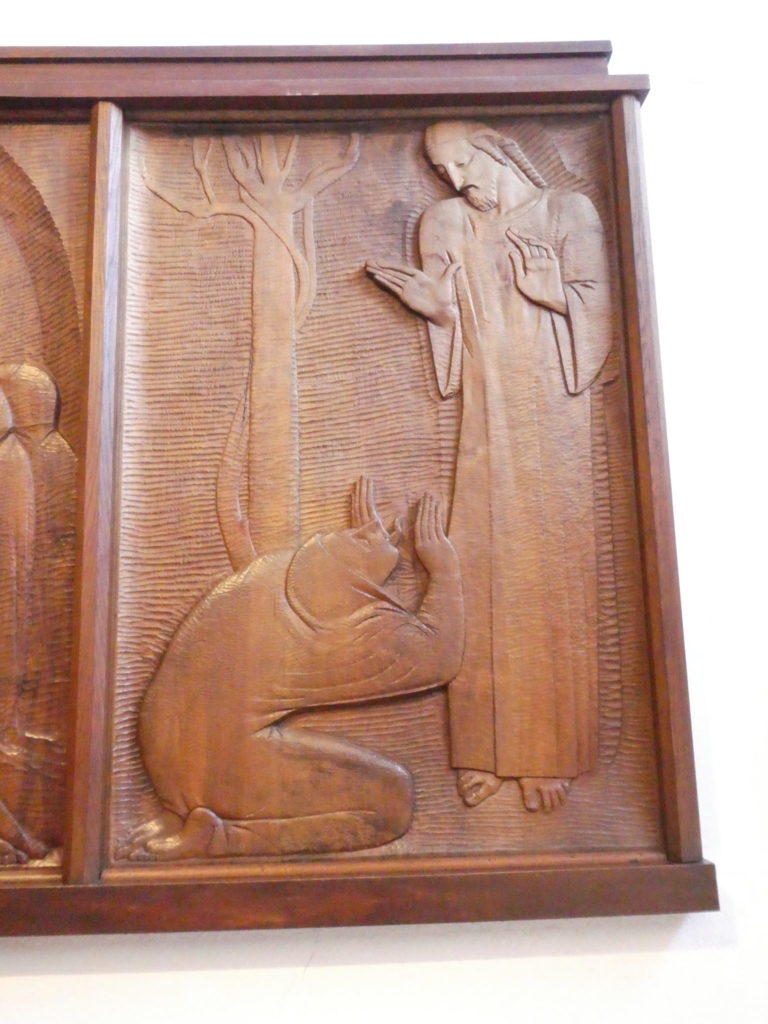 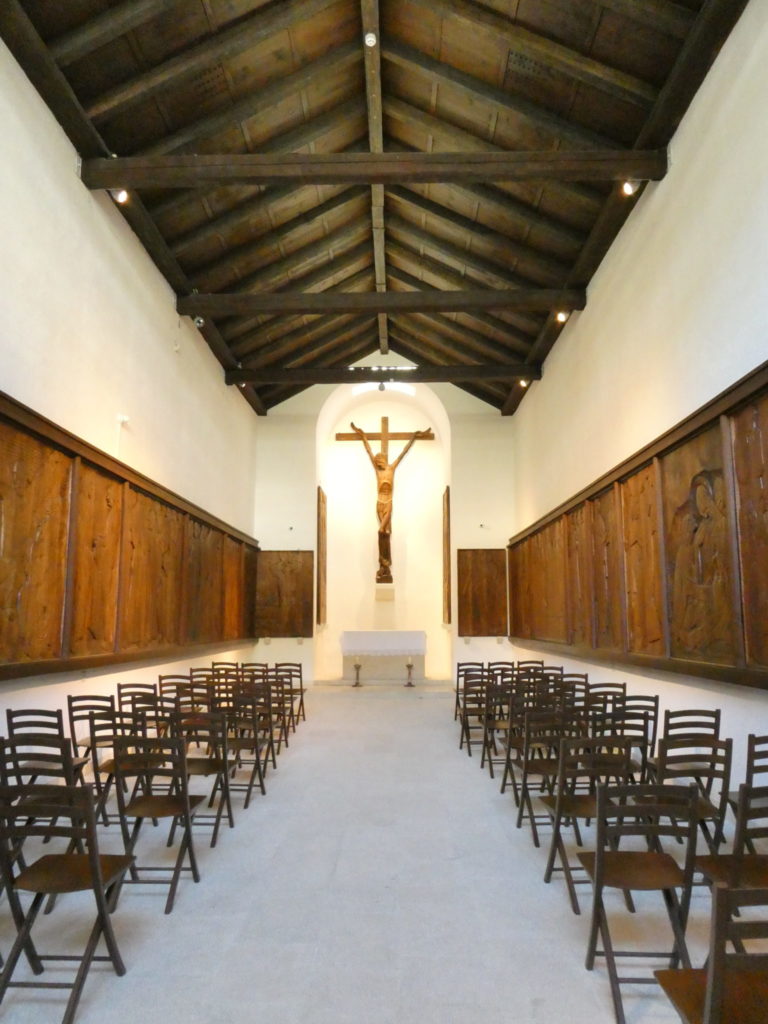 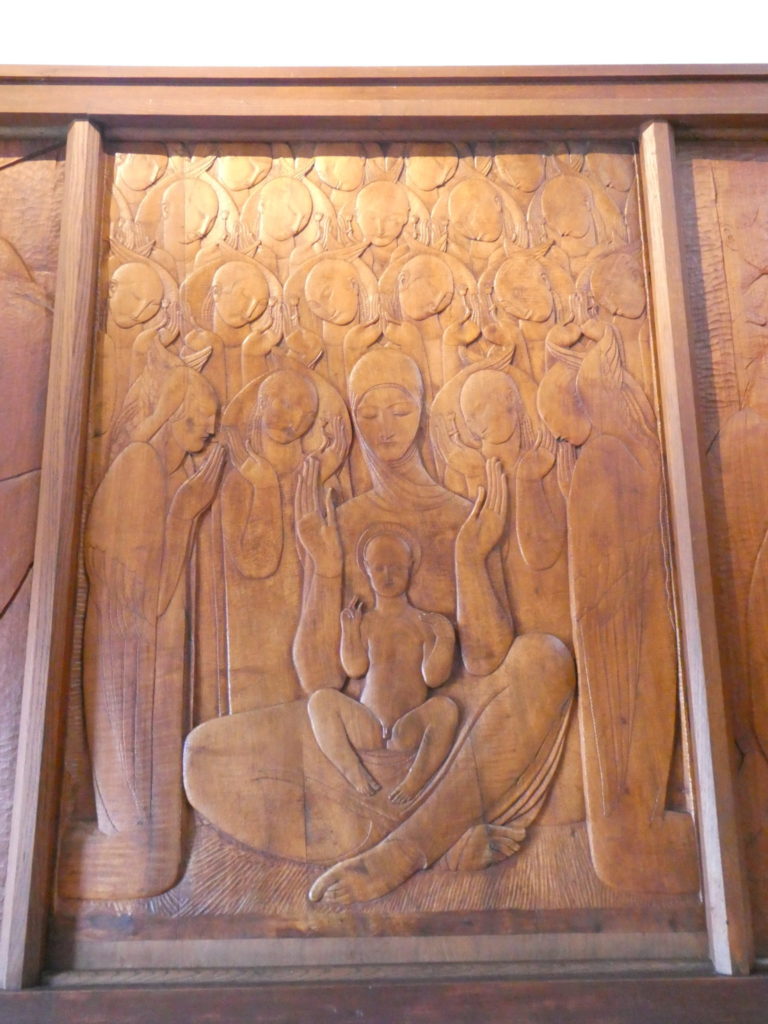 Do you have a favourite sculptor? Is Ivan Mestrovic a name that you know? 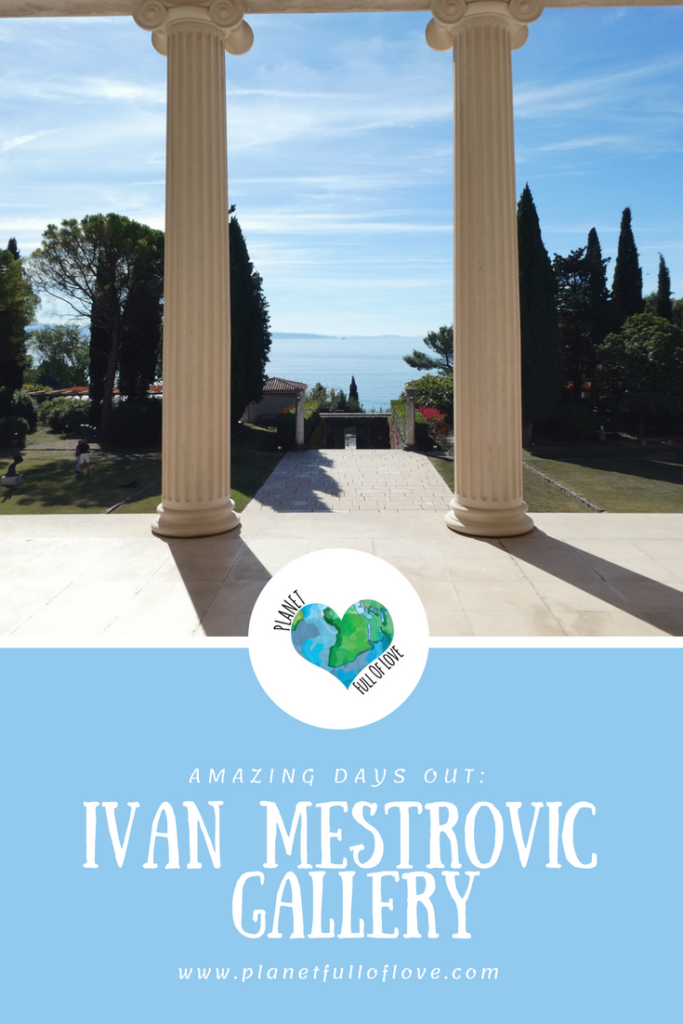 The Romantic Couples Travel Guide to Meteora 16 Tips for Hiking between Fira and Oia, on Santorini