Our secret date was to spring clean the garden. It was a lovely day for it, very bright and pleasant. Ok, so gardening may not sound like the most romantic date idea. However, hear us out, as we definitely enjoyed our afternoon in the fresh air as a couple. At this time of year, we really recommend for you to spring clean your garden together.

Why should you spring clean your garden together?

You might find some bits of equipment, or old plants that you no longer want. Look to sell them and put the money in your dating fund. You could plant new flowers together. Even fruits and vegetables if you fancy. Some extra incentive to eat more fruit and veg to keep each other healthier is always a good thing. If you have lots of flowers already, pick some nice ones to sit on your dinner table to enjoy over your meal tonight. Make sure you don’t wear your best clothes for this date, as you are sure to get a little dirty! Giving your garden a spring clean will also have benefits all summer long. Imagine when you are sitting out there and enjoying the sunshine. The milder temperatures of spring are perfect to do some heavy work together, ready to enjoy the results as a couple.

Now, we aren’t gardeners by any stretch of the imagination. In fact, our ‘garden’ isn’t really a garden, but a yard. It is split into many sections, with a large yard that we sometimes sit out in over the summer around the back. Then, there is a lower level by our back door, with a stone staircase leading to an upper level. Our garage is up here, as well as another upper yard. This is where we once built our own climbing frame for a previous secret date. We recently had it chopped down, as it was kind of in the way nowadays. The only plants we have are in the border between the two levels. 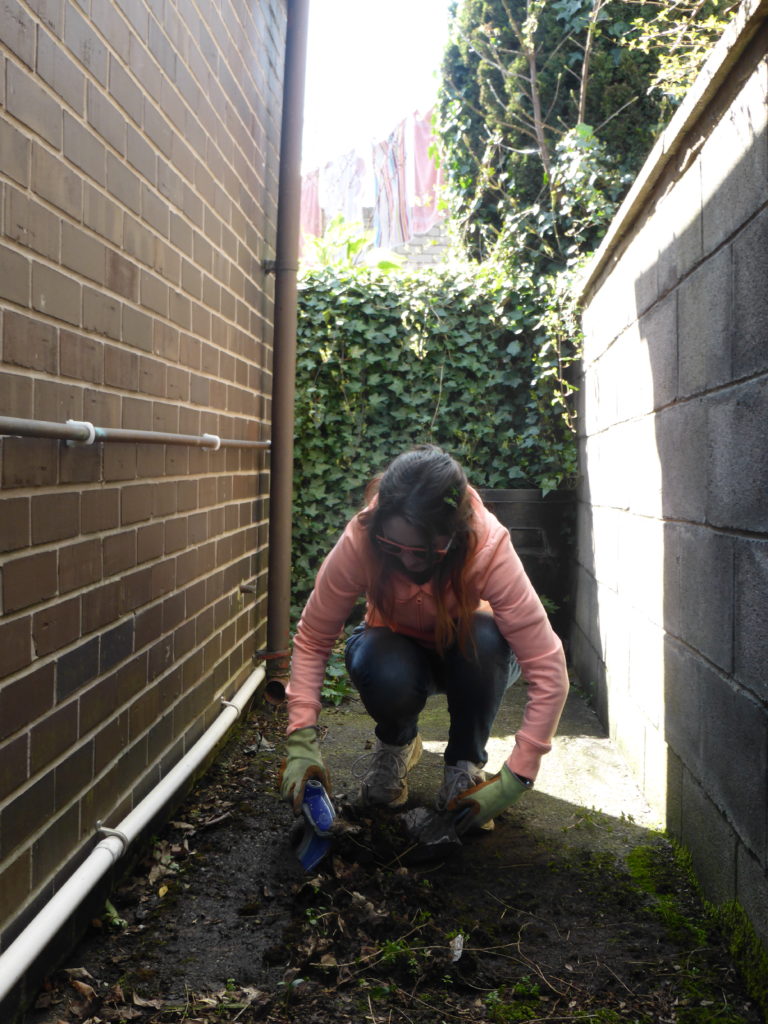 What needed doing then?

Despite this, we still get loads of weeds, and moss. I started off by sweeping up by the back door, and getting piles of moss out. Amy was just around the corner getting rid of loads of moss. She also used the secateurs to cut off some of the overhanging branches there. We had only been out a few minutes when someone came over to say that he would be over next week to do the weeds. This was pretty annoying, as we asked him months ago. Now we didn’t know how much to do, or whether we would be doing this guy’s work for him, and he was going to get paid regardless.

We decided to concentrate on the lower part of the yard, as he wouldn’t come down there. We filled up a bin bag almost right away, with stones, leaves, moss and litter that has found its way onto the ground. It was much harder to get the moss up from the steps, since the paving is very pebbly. Therefore, the shovel wasn’t as useful as it was on flatter ground.

After getting most of this done, we headed round to the far end of the lower level. The amount of moss down there was ridiculous. It was quite cool and easy to get it up though, using the shovel. Again, we were really filling bin bags full of the stuff. We also put the chopped up climbing frame behind the garage out of the way. In chopping it up, one of the strips of wood on our picnic bench had been broken. This was a shame, as Amy had wanted us to do it up.

The main issue we had throughout the date was that we only had one pair of gloves, one shovel, and a trowel, as well as a couple of brushes. We did find more in the garage later on, but it was a bit late by then. I’m not really cut out for gardening, and had to go in for many more breaks than Amy did.

Also down in this part of the yard was an old inflatable that has been sitting there deflated for years. It was in a disgusting condition, and there was no way we would ever use it again. Therefore, we decided to chuck it away. The problem was that we had to lift it up to the higher level to get it behind the garage. This resulted in uncovering all manner of bugs, from spiders and worms, to slugs and centipedes! 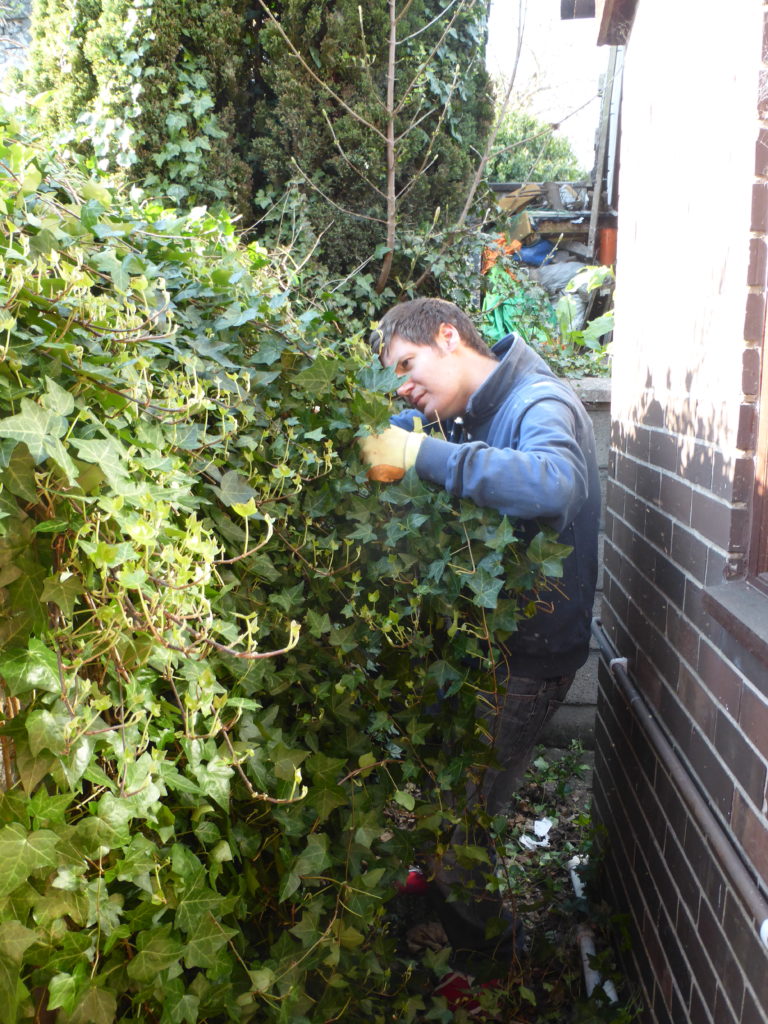 The next bit was the bit in between, which was overgrown with ivy. We had to cut loads and loads of it out, to make the path passable. It was like cutting through the jungle, and it seemed to be neverending. We just chucked the cuttings on top of the plant, for the guy who is coming to sort the weeds to deal with.

The final bit was supposed to be giving the ground a jet wash. However, after getting the machine from the garage, it seemed that the connection had broken. Water was coming out over the floor and not into the machine. Even the water that did make it in, was pathetic when coming out of the jet washer, so we had to give up. Even so, we had a great time getting the ‘garden’ in shape for the summer!

Do you spring clean your garden together with your partner? Do you think it is a good way to bring you closer together? 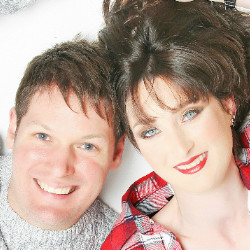