Prague Castle is truly one of the wonders of our world. The site is absolutely huge, and contains such amazing sights as St Vitus Cathedral, the Royal Palace, and the Basilica of St George. However, also within the complex is a hidden gem called Lobkowicz Palace. Sadly, it isn’t included in the tickets for Prague Castle, and a separate admission fee will have to be paid. Don’t let that put you off, because it is a splendid attraction with a marvellous story and whisks you briefly away from the sometimes insane crowds of Prague Castle’s more popular attractions. 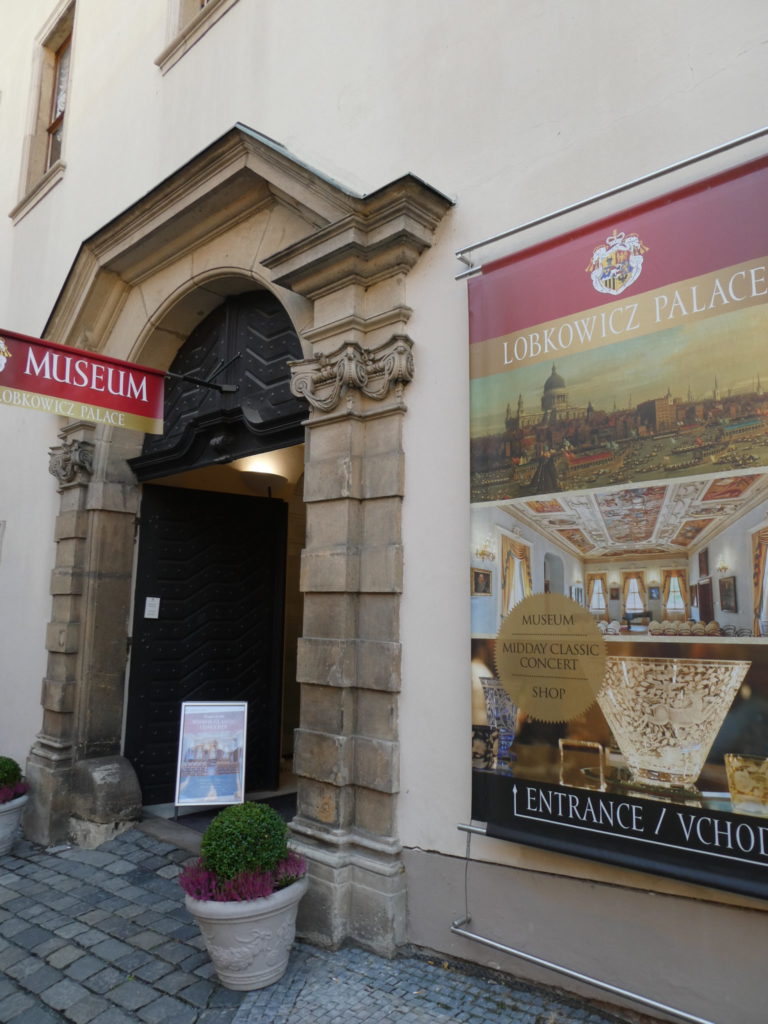 Lobkowicz Palace, dating back to the 1500s, is still owned by the noble Lobkowicz Palace. It was unusually returned to them after years of communist rule in the Czech Republic. This was only after lengthy legal cases, however. The palace is a beautiful space, with red carpets and large spacious rooms, now filled with art treasures and priceless artefacts. We heard the end of a midday concert that they hold in the palace through the door. If the timing is right for your visit, you can attend these concerts. 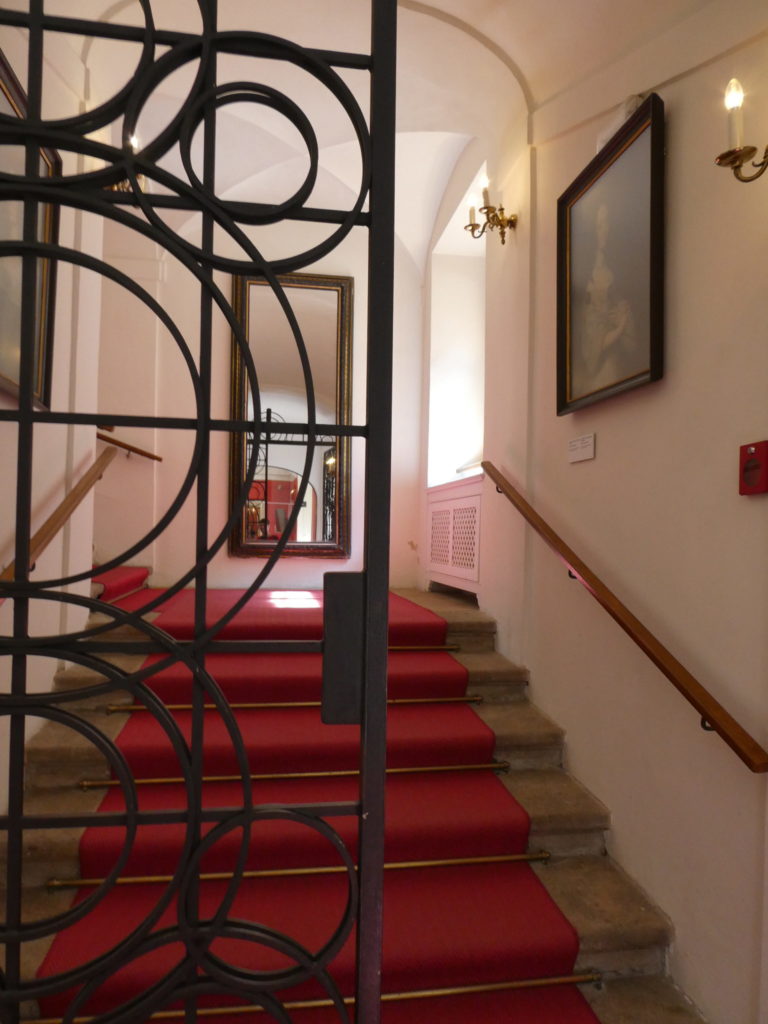 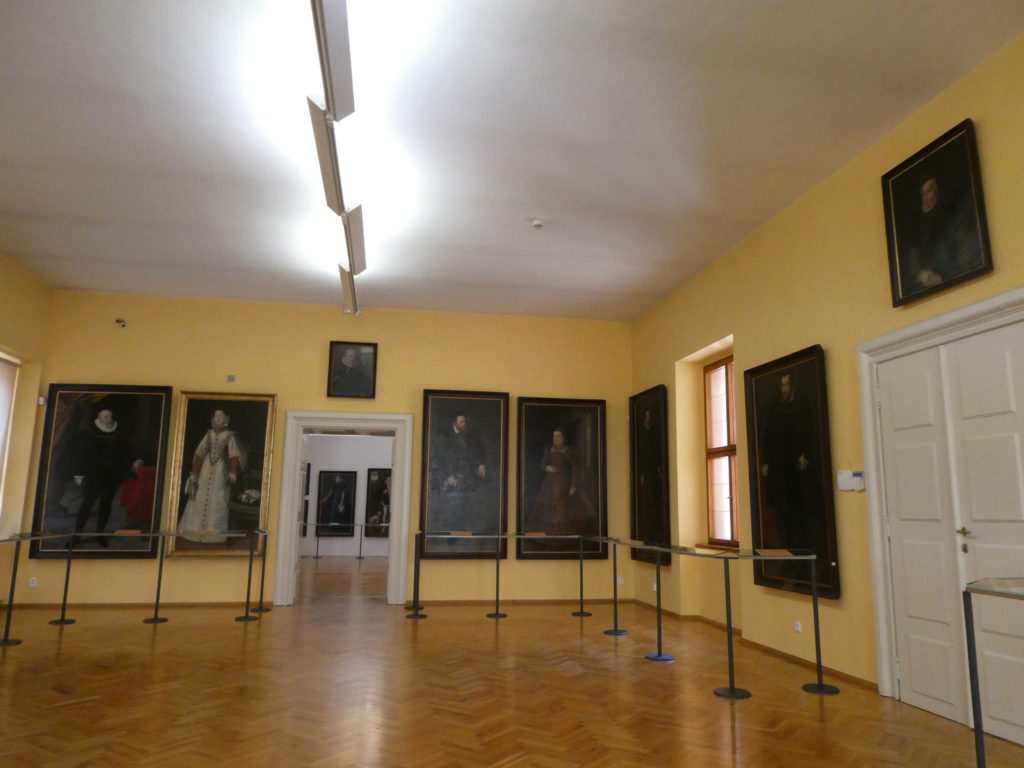 You’ll be guided around Lobkowicz Palace by a member of the Lobkowicz family!

Your admission ticket entitles you to an audio guide, and make sure you pick one up. The audio guide is fantastic, and really tells the story of the Lobkowicz family, as told by actual members of the family themselves! The initial rooms contains portraits of important members of the family from throughout the ages, and a copy of the Infant Jesus of Prague. It was a member of the family that once owned the statue. The original is on display in the Church of Our Lady Victorious, also in the city. Love letters from a bygone age, and treasured mementos are on display, all told through the experiences of a proud family member. 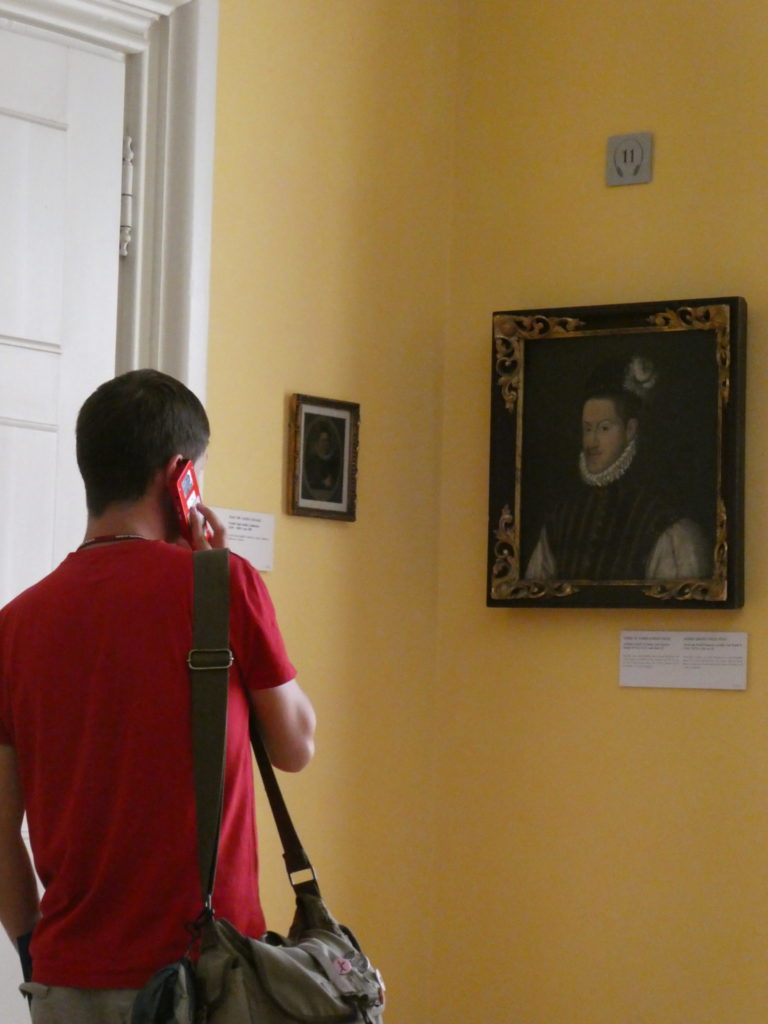 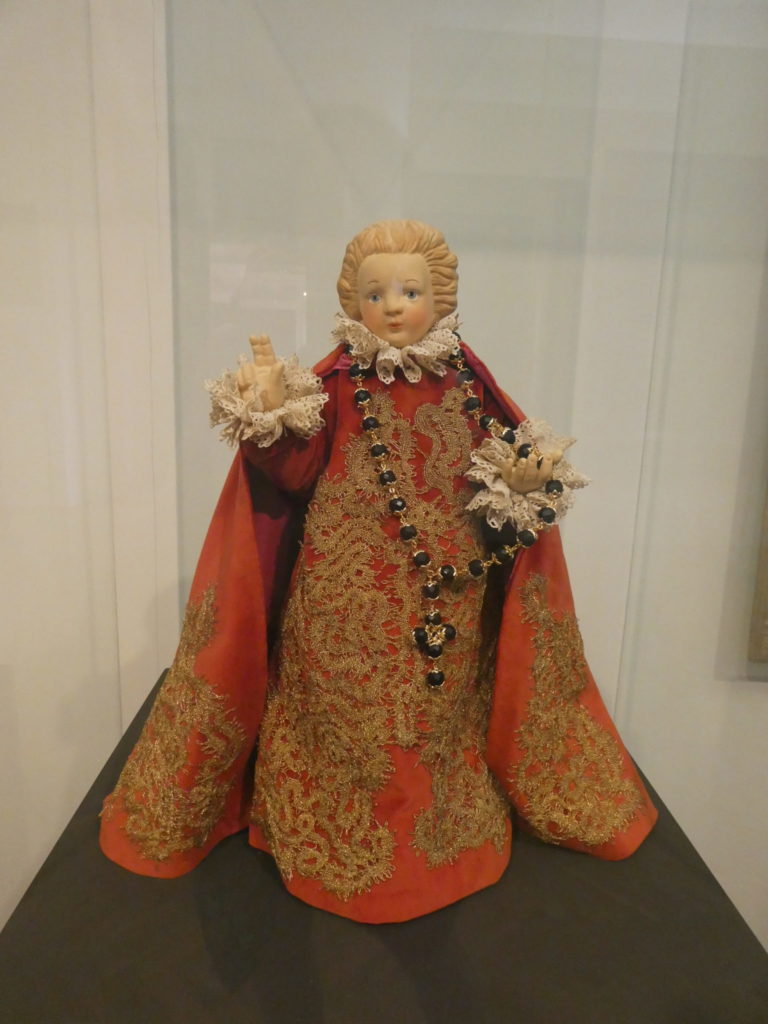 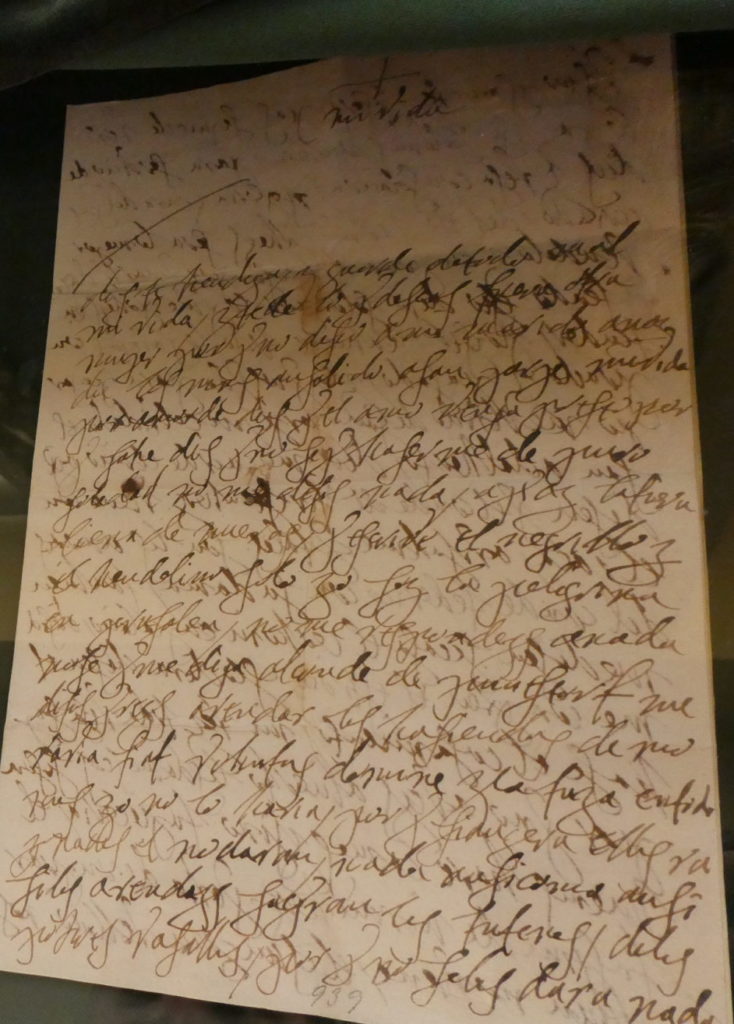 A large ceramics collection leads through to an equally large weaponry collection complete with the world’s tiniest little cannon! One of the highlights is the music collection. The Lobkowicz family were great patrons of the arts, and even funded Beethoven! As a result, some amazing original Beethoven manuscripts are on display. Real treasures indeed! 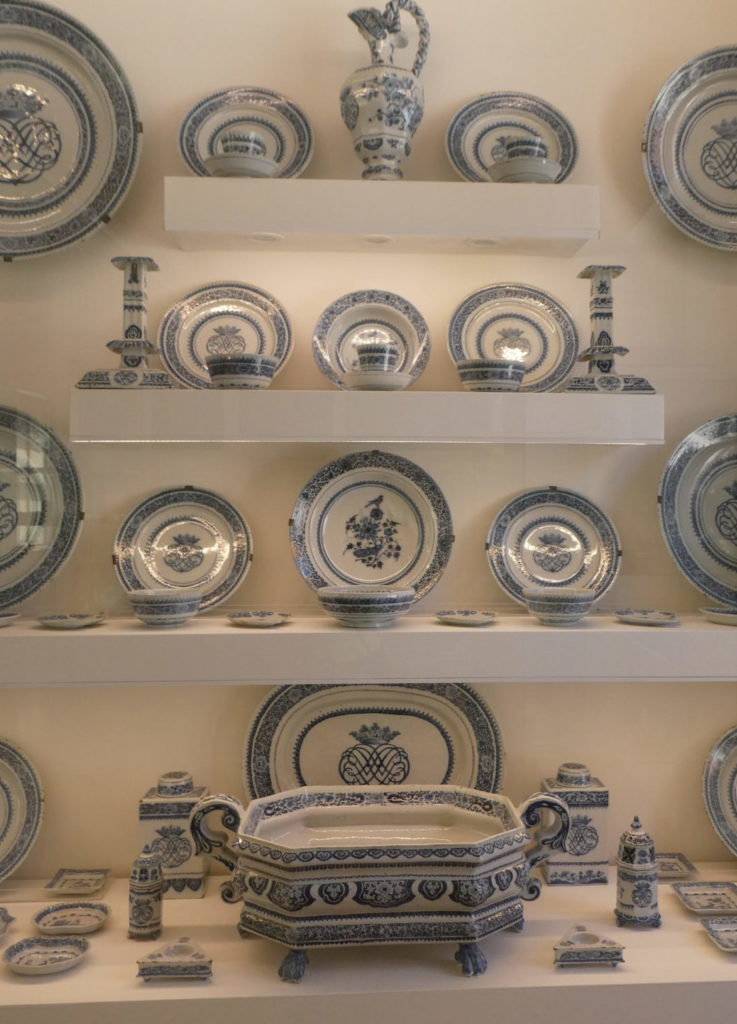 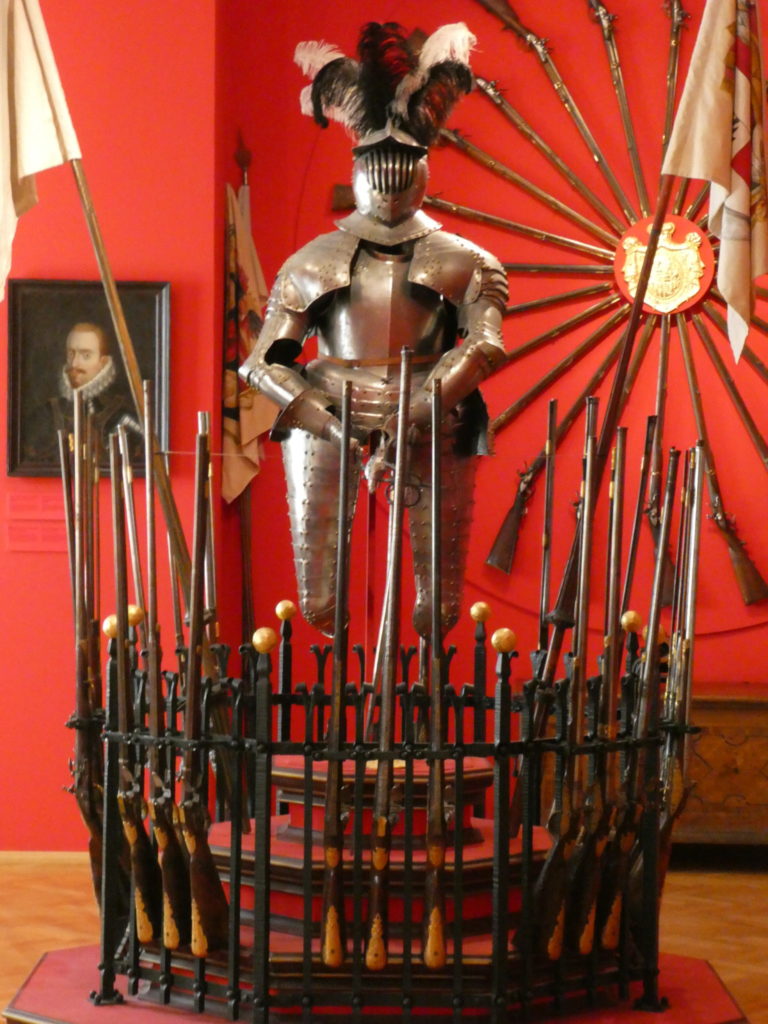 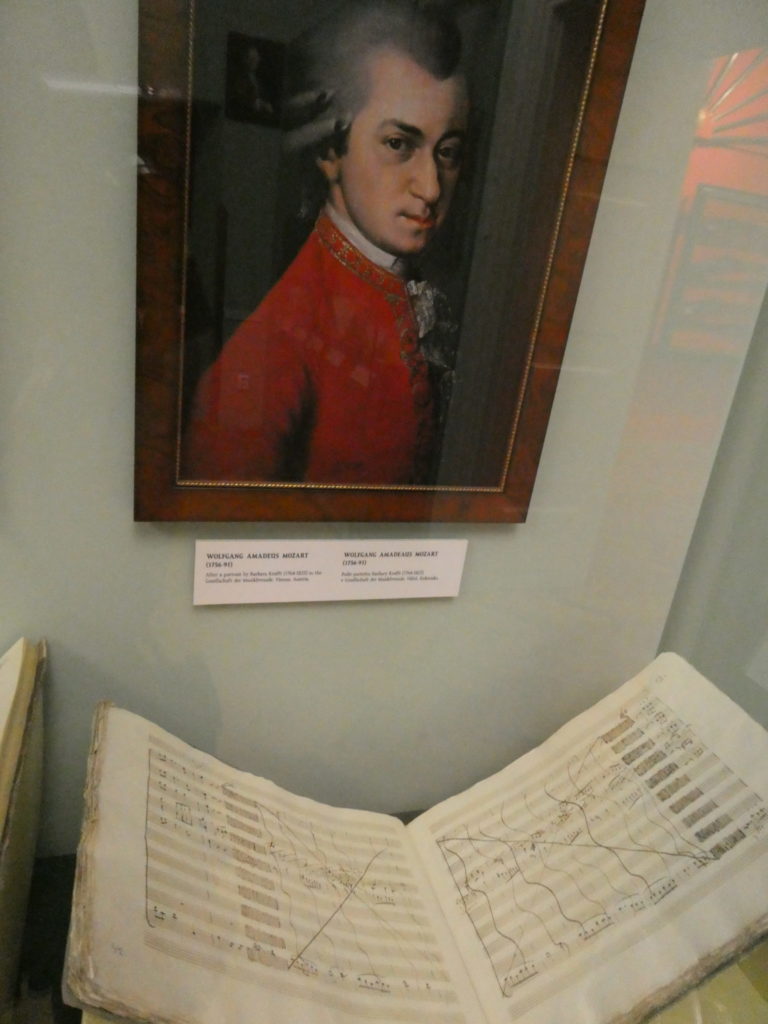 One painting has almost a room to itself, such is its importance. It is called Haymaking, by Pieter Brueghel the Elder, and it represents a pinnacle of western art. Painted in 1565, it elevated the landscape to the forefront of the painting for the first time. Other rooms contain furnishings, and paintings by big names like Canaletto, including one of the River Thames with all of its fancy boats. Another painting that Amy really liked was of a young royal Spanish girl, painted by Velazquez. 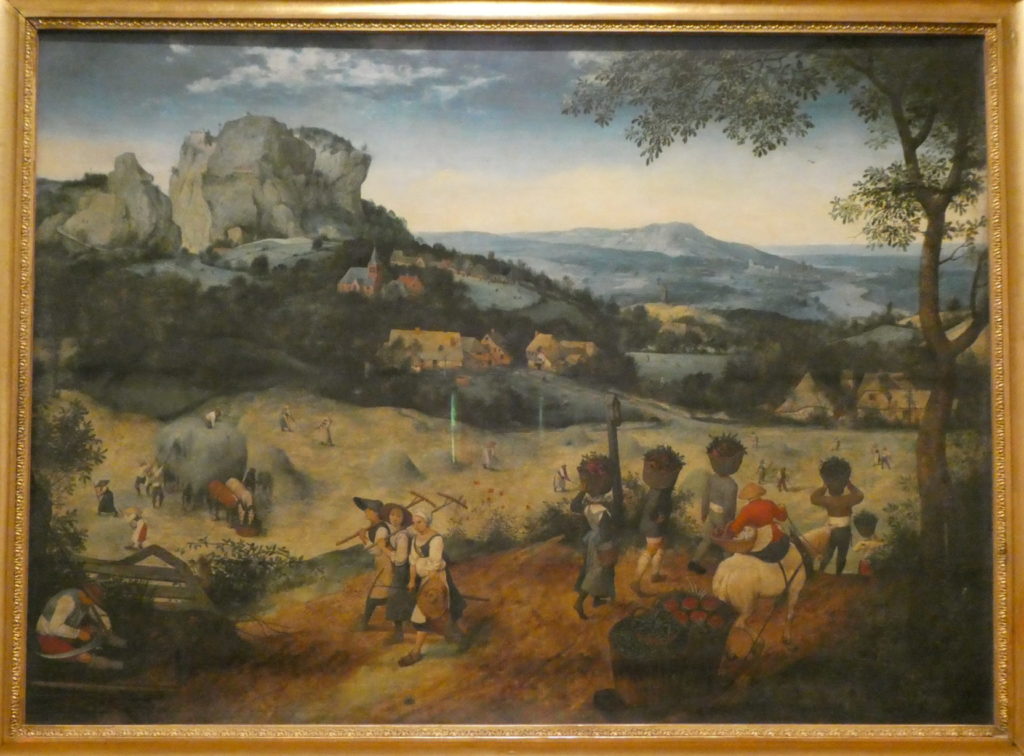 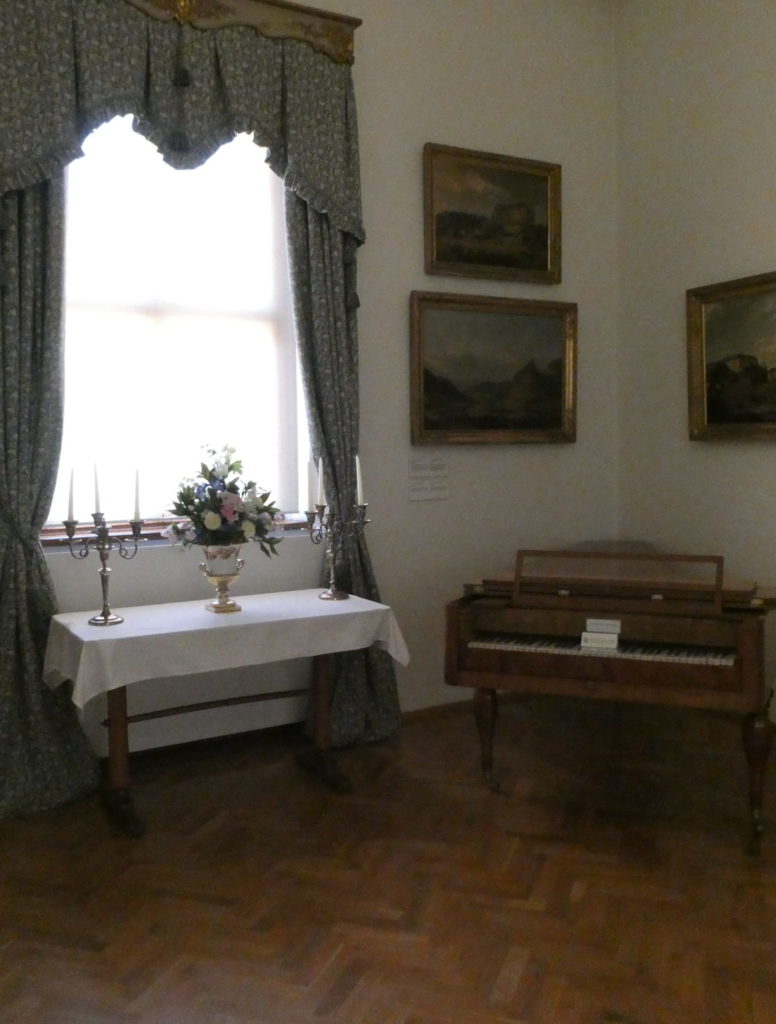 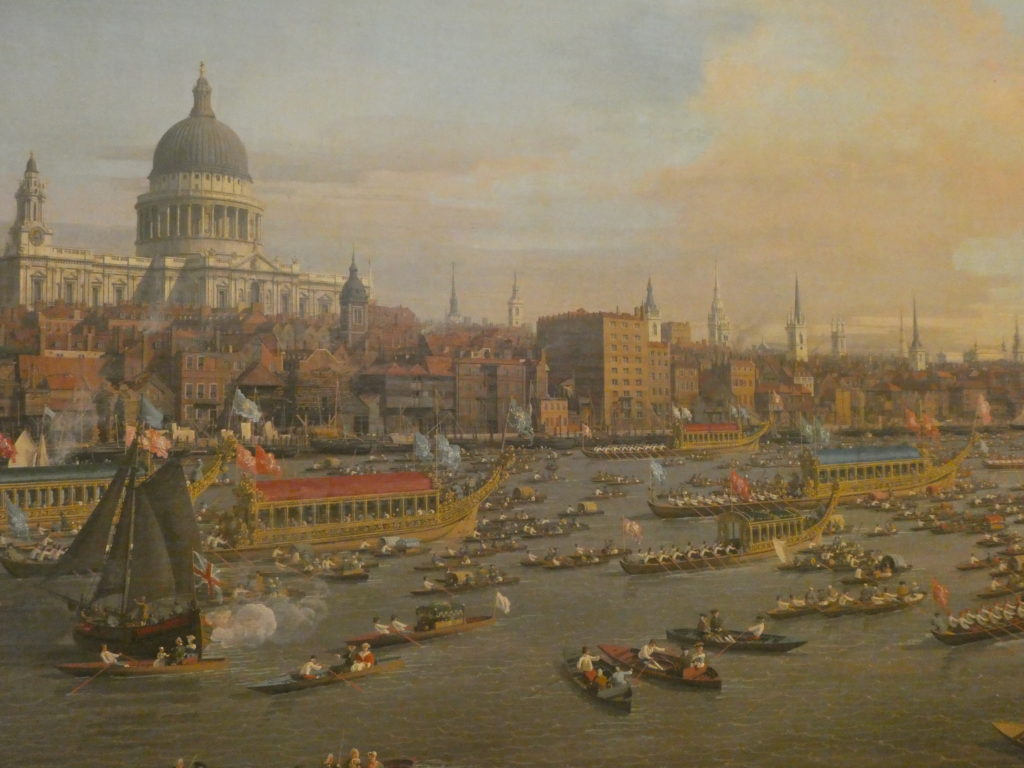 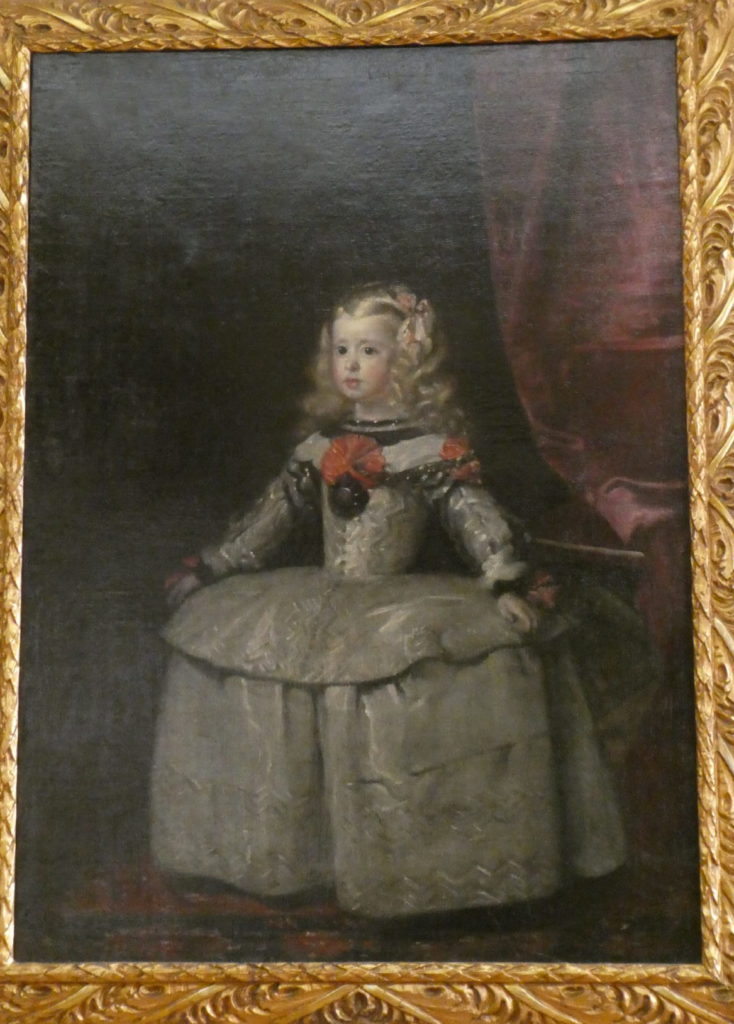 The initial part of the tour is upstairs, and you’ll go downstairs afterwards. One room we loved here was only recently renovated, and contains tree branches painted on to the walls and framed bird portraits made with actual bird feathers. Very striking! Also interesting is the collection of dog portraits. The Lobkowicz family have always been dog people, and commissioned portraits of their pets. Back in 1879, they even used the newfangled technology of photography to capture their pet dog smoking a pipe! Not something that they would do nowadays I’m sure! 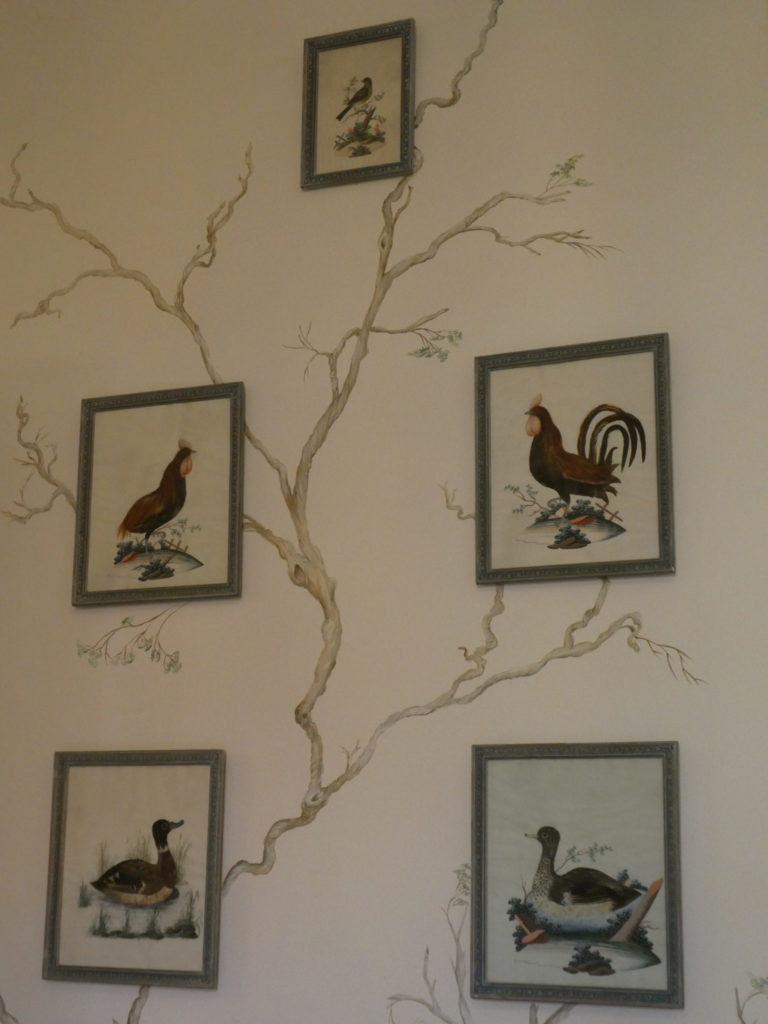 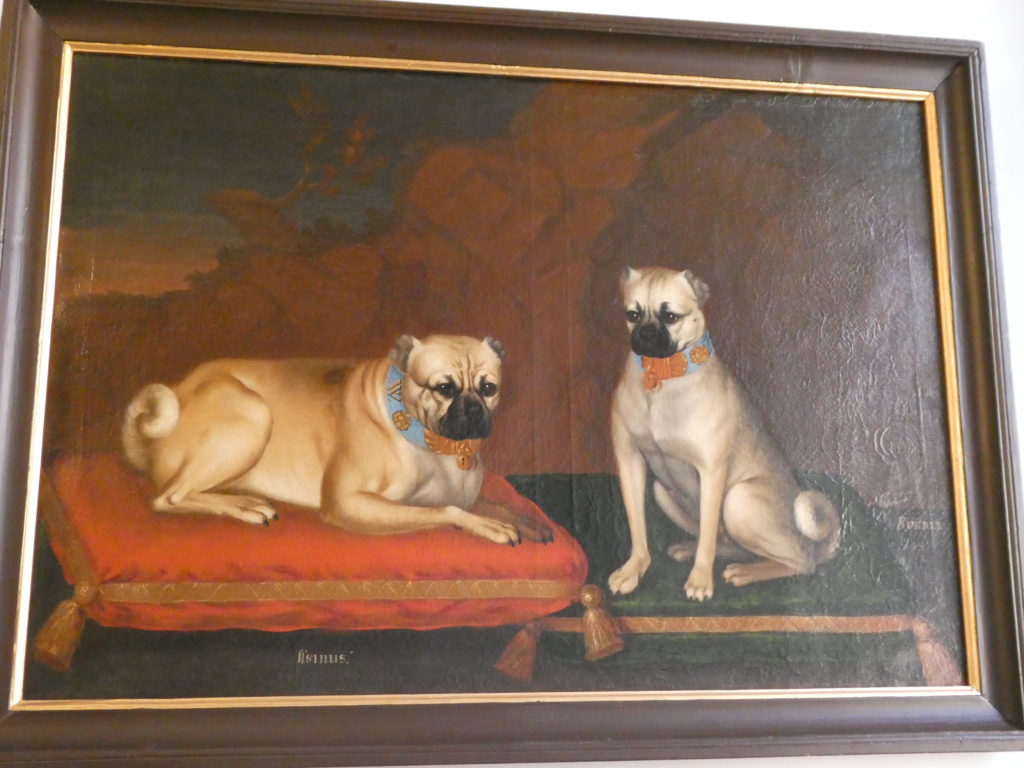 Unbeatable views of Prague, but you don’t need to pay the extra fee

The palace also has a balcony with unbeatable views of Prague, though there is an extra charge to go out on it. This extra charge is rather pointless, as you can see the views through the window anyway! The painted ceiling is superb. We were both thoroughly impressed with the place and could have spent more than the two hours we did spend in there if we didn’t still have so much to see that day! The courtyard even took our attention for a while, with its scraffiti walls. Don’t miss it amongst Prague Castle’s plethora of world-class sights. 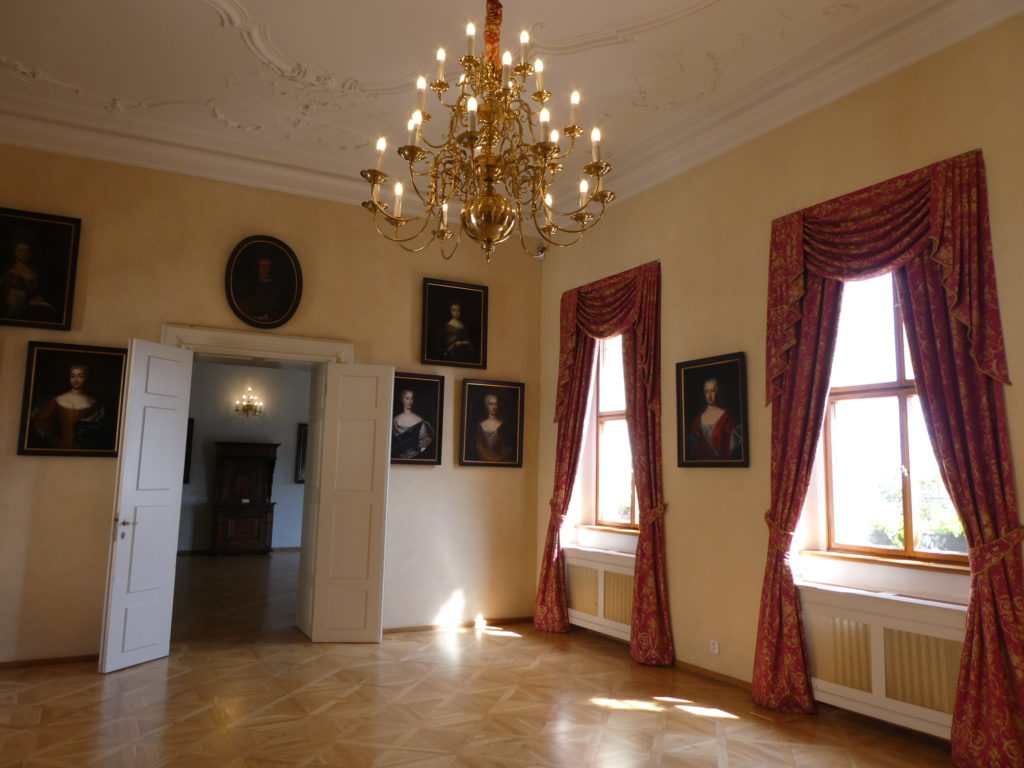 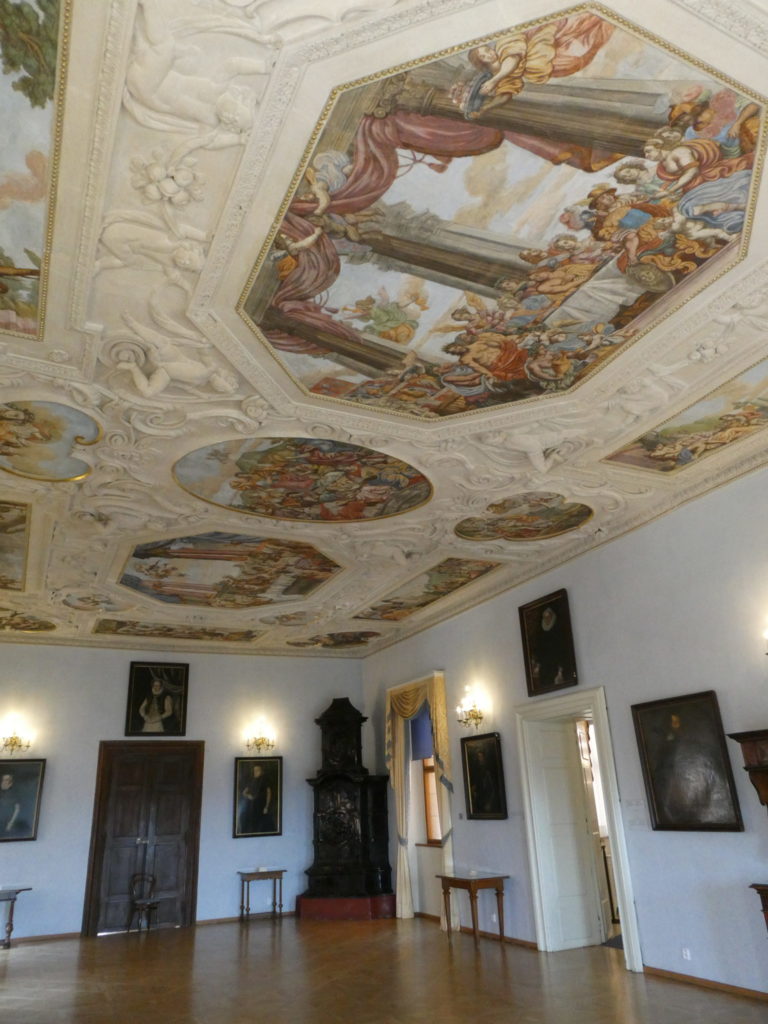 Have you ever found a hidden gem in such a tourist-heavy area? Is Lobkowicz Palace somewhere you would like to visit?