Big Pit is part of a World Heritage Site

As we recently visited Wales for our tasting menu secret date, we combined it with a visit to the World Heritage Site of Blaenavon. Blaenavon is famous for its industrial heritage, including coal and iron mines. The main attraction is Big Pit: National Coal Museum. As well as being one of Wales’ top attractions, it is also free, which is a huge bonus. There is a £3 parking charge, but you can park in the village and walk up if you prefer. 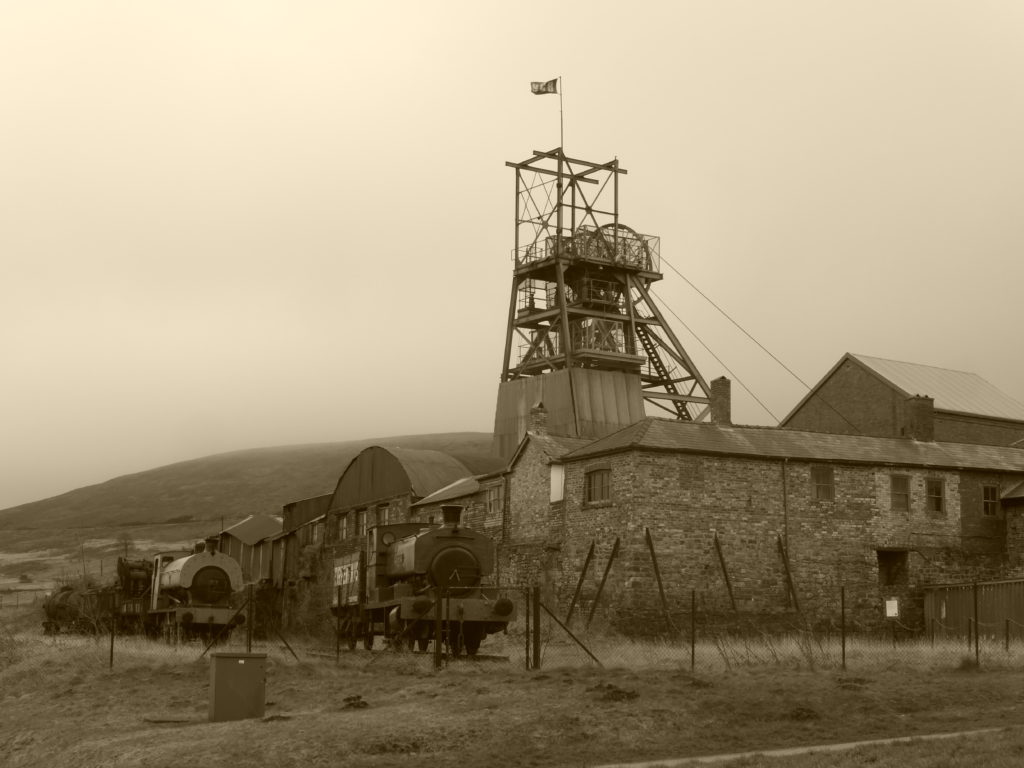 On entering Big Pit, you will be asked if you would like to go on the Underground Tour, which of course you do. They will hand you two tickets and tell you to head to the waiting room. The waiting room can be a bit frustrating, as it is large and people tend to spread out. There doesn’t seem to be a queuing system. There are seventeen people to a tour, so you have to be careful not to be barged out of your correct place in line. However, the wait between tours is not too long, so don’t stress if this does happen to you. 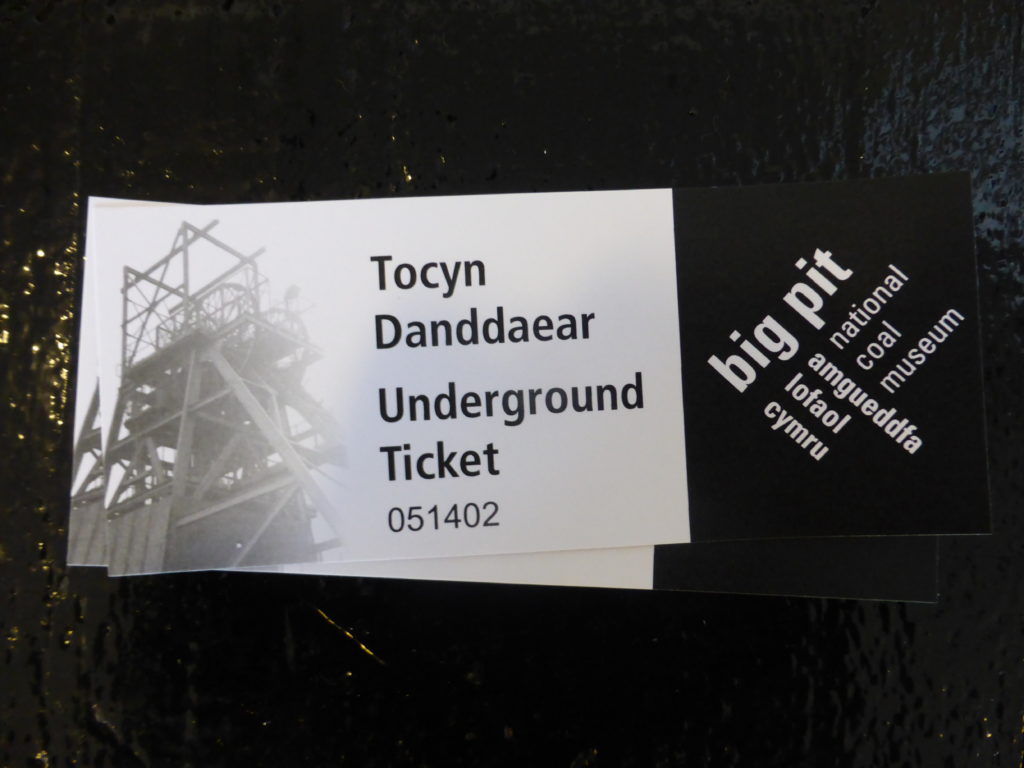 When it is time for your tour, you will follow a miner to the kitting up area, where you will be fitted with the very same equipment that the coal miners themselves used. This includes a hard hat helmet, cap lamp, belt, battery and ‘self rescuer’. Grab a selfie of the pair of you in your hats now, as you have to put all of your belongings in a locker. This is because anything with a battery is dangerous underground apparently. It does mean you can’t take photos on your 50-minute tour, which is a shame. 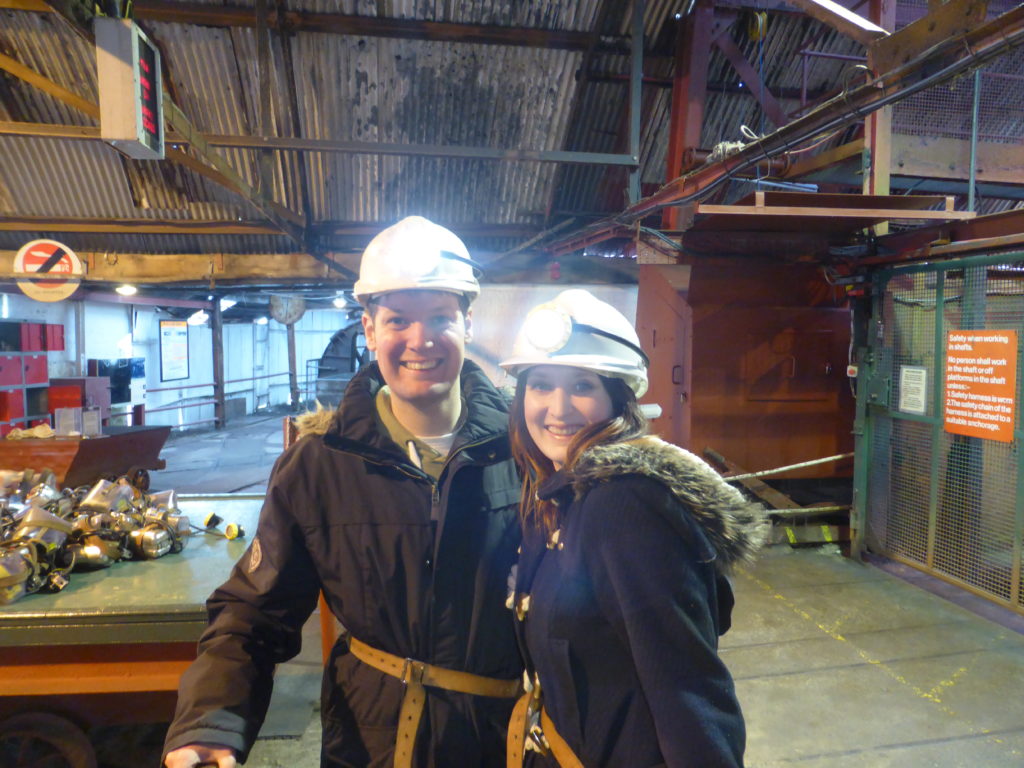 Descending 300 feet in the mine shaft

Once everyone is kitted up, you are bundled into a very cosy lift. You will descend 300 feet down the mine shaft in ninety seconds, which is a lot slower than what the miners used to go. It is a rather eerie feeling going so deep underground, and probably not great for anyone with even mild claustrophobia. Down in the mine, you are guided around by an ex-coal miner. They add much to the experience, due to their unique perspectives on life down the mines. 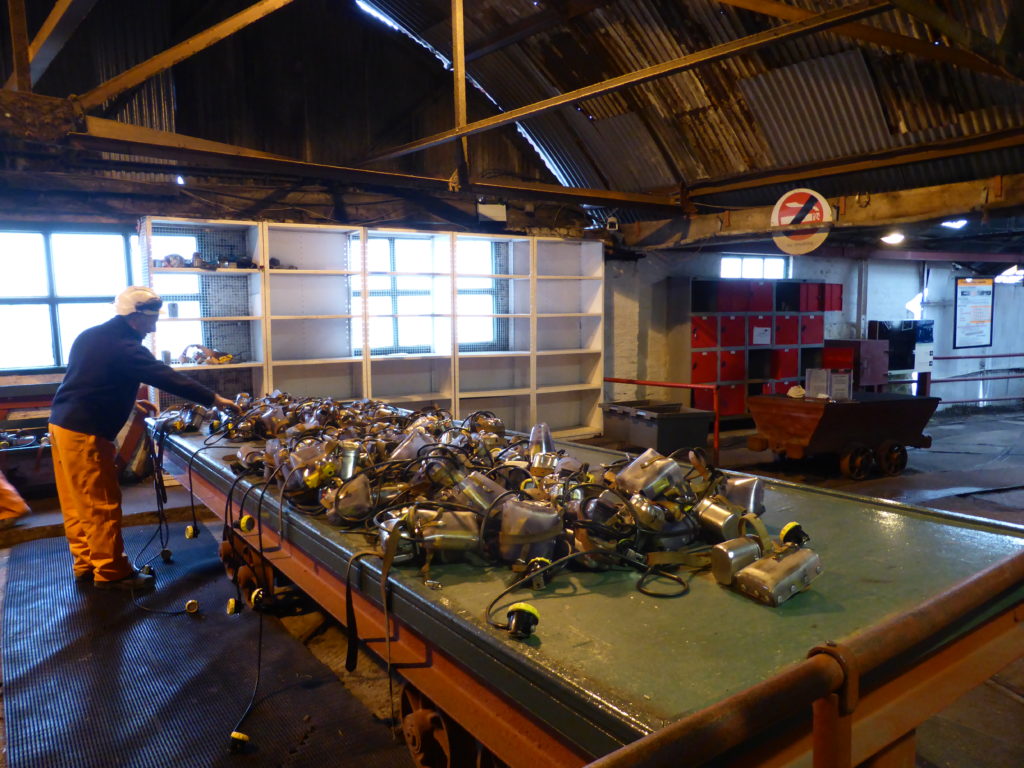 You see many of the coal faces, the engine house, and crouch over as you made your way through man-made tunnels with very low ceilings. It is more than likely that you will hit your head on the ceiling at some point, so make sure you keep your hard hat on! You will be shown many of the ways in which coal would be extracted. This included pickaxes, controlled explosions and a dangerous piece of equipment called the widow-maker. It wasn’t just the men who were down here, but their families too.

The women and children would have their own jobs to do. Children would often be trapshutters. This involved closing doors after miners had passed through, to make sure that the air provided by fans made its way around the full shaft. Often they would be in pitch black darkness for ten hour shifts. They encourage you to turn off your cap lamps in order to experience this darkness. It is very eerie indeed.

The law changed in the 1840’s to prohibit women and children working down here. Much of their work was to be done by horses, and we were shown the stables in which the horses were kept. They would often go blind due to the lack of light in the mines. Once your tour has finished, you make your way back up the shaft in the lift in complete darkness. It is recommended that you all turn your cap lamps off. Up on ground level, you can see the tram circuit. This was the way they transported the carts full of coal from the mine. 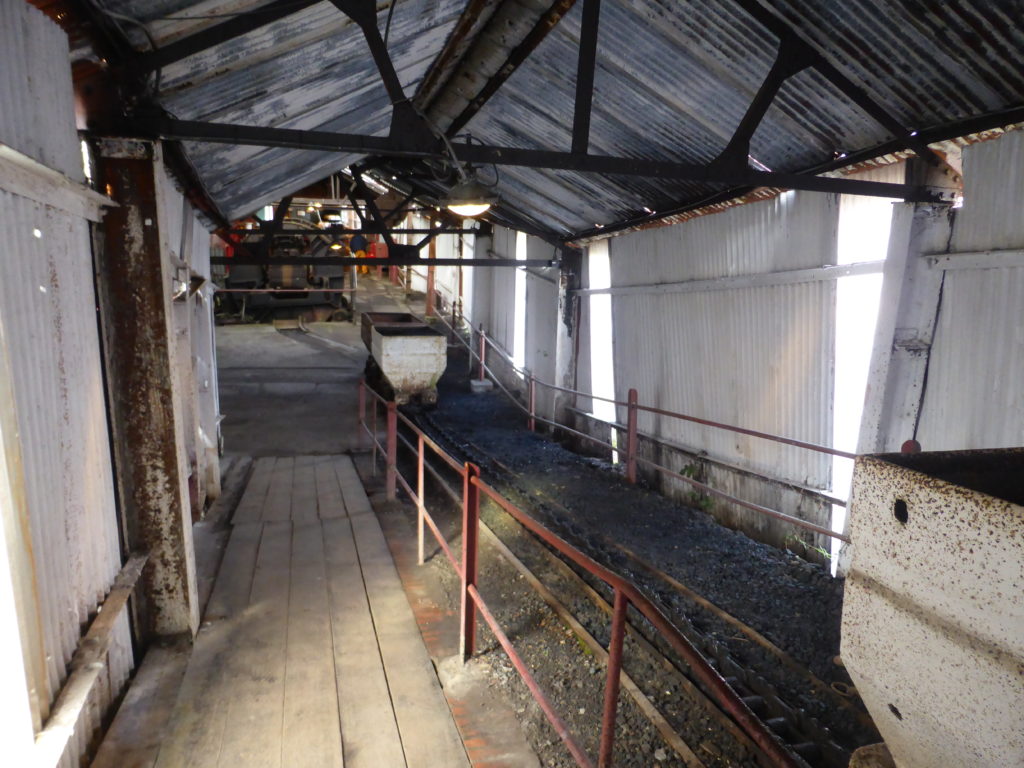 They have a room where they fix the lamps, including the flame safety lamps which warn of various dangerous gases in the air. There is also a cage full of canaries, which were once used down the pits in order to check for carbon monoxide. From here, visit the Saw Mill and Mortar Mill, before entering the Winding House. In here, you can spend quite some time watching the mine worker controlling the huge winding machine which operates the lifts going up and down the shafts with the aid of a huge pulley system. 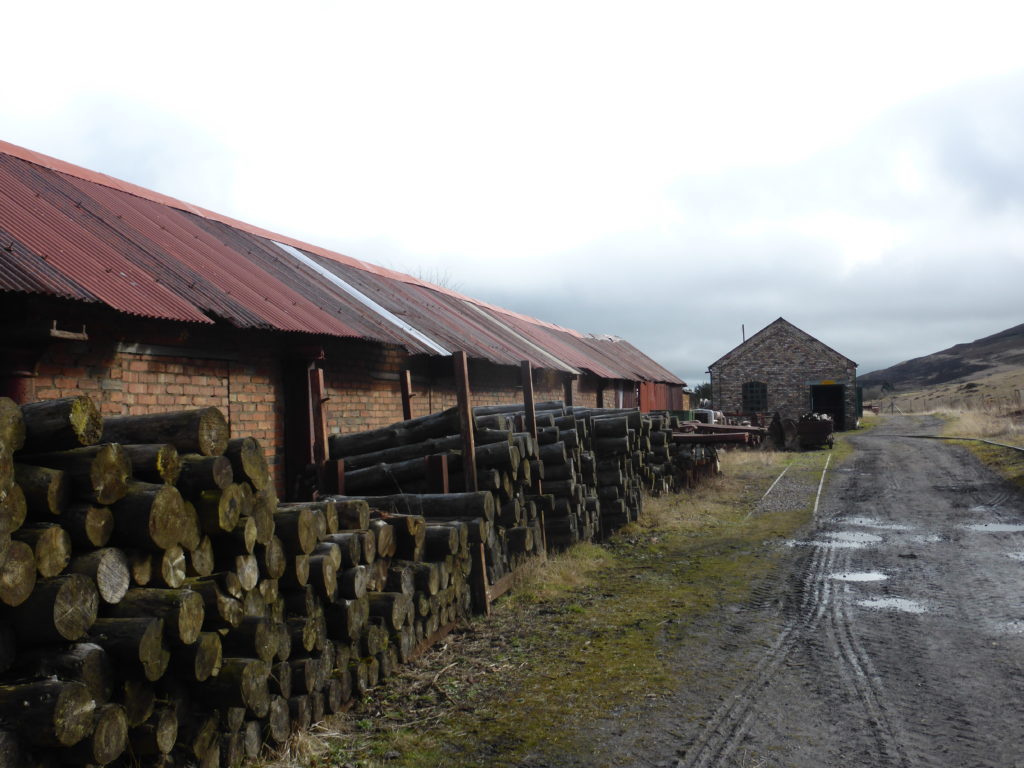 The King Coal exhibition brings it to life

Another highlight of Big Pit is the King Coal exhibition. Set into the hillside above the colliery, this is an exciting audio-visual experience with exhibitions of modern mining equipment. After an informative film, you will go through three display areas. They use a mixture of videos, audio and demonstrations of machinery to bring to life what your guide has just talked about down in the mine. It shows the various ways of cutting the coal, from explosives, to large rock cutting machines. 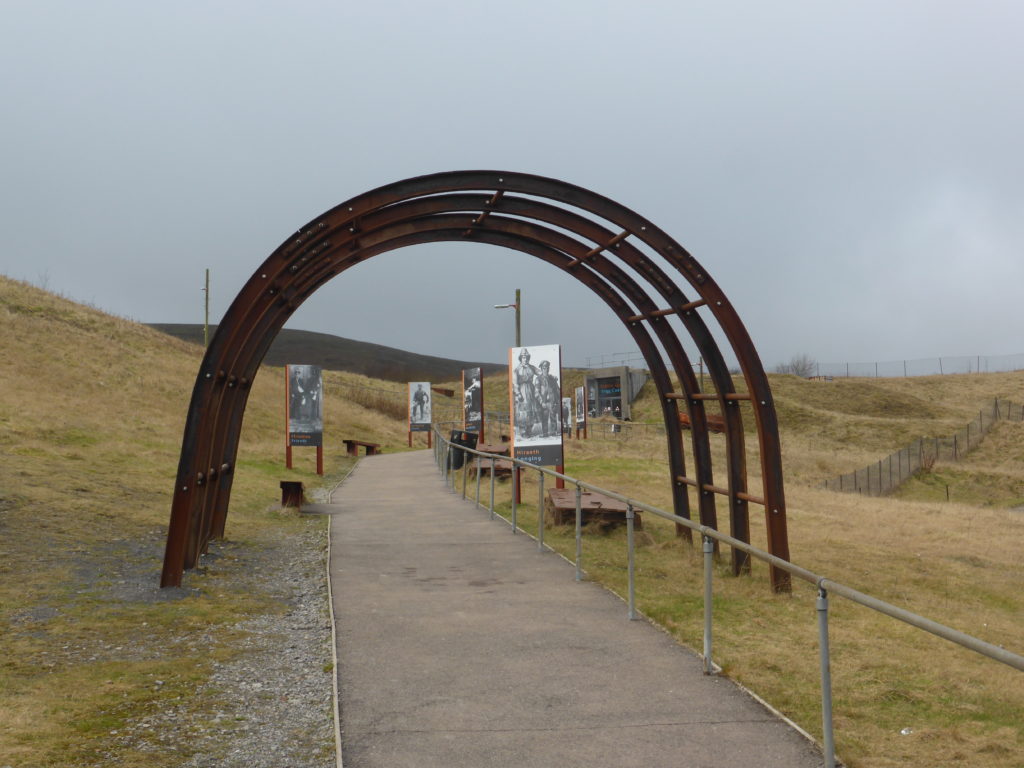 When you exit, visit the Fan House (of course, it is hard to resist singing the Fun House theme tune and changing a letter). In here, they kept the fan which ventilated the mines.

The Pithead Baths were a milestone in worker’s rights

The largest exhibition in Big Pit is the Pithead Baths. This was built as a result of many protests against the poor health and hygiene standards faced by miners. It finally gave them a place to wash, and get changed into clean clothes after a shift. After checking out the medical room, with the recollections of a former nurse piped in via speakers, follow the route. It goes from the boot scrubbing area, to the water taps, to the lockers, to the showers themselves. It sort of reminds us of Auschwitz, rather grim. Many of the lockers tell the stories of various people who worked and lived in coal mining communities. 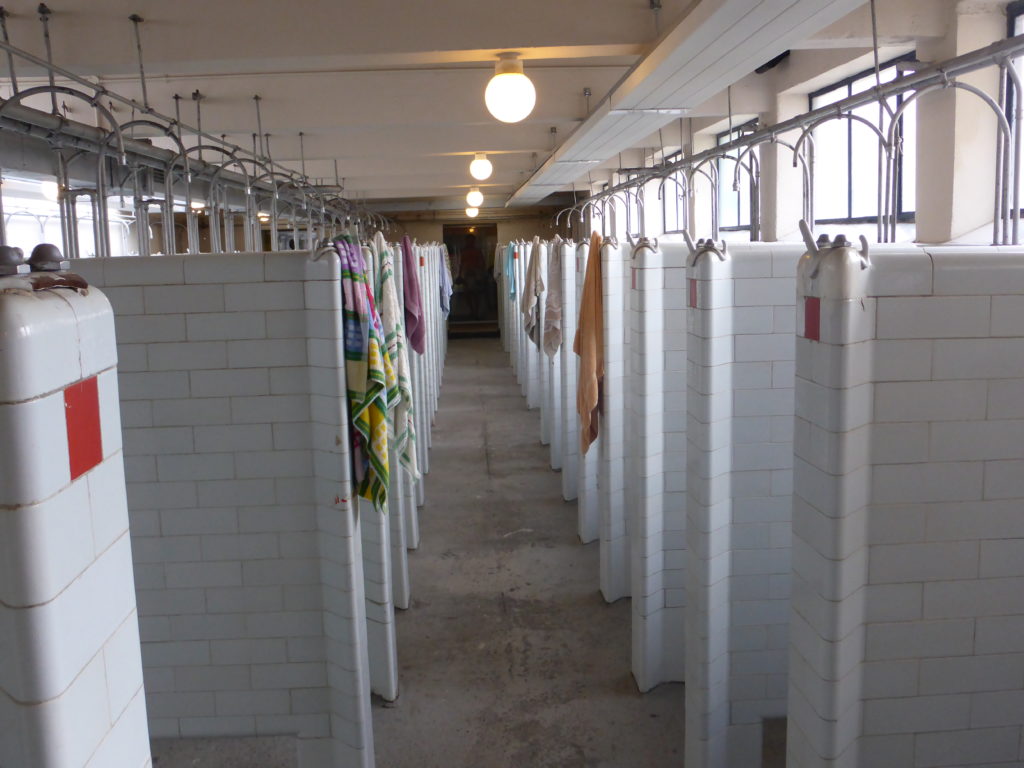 From here, the building houses various exhibitions. You learn about the various roles that people did in the pits, their stories, and the equipment they used. A display on the health of the workers has a ‘mine’ that you can crawl through. There is something similar at the Lead Mining Museum in Matlock Bath. Despite this being for children, you will surely have loads of fun in here. I know we did. After you have both gone through a couple of times, continue around the exhibition. It is mostly about nationalisation of the pits. This was at first a good thing, before the National Coal Board started to close many pits. It happened especially in the 1980’s, and resulted in widespread protests. 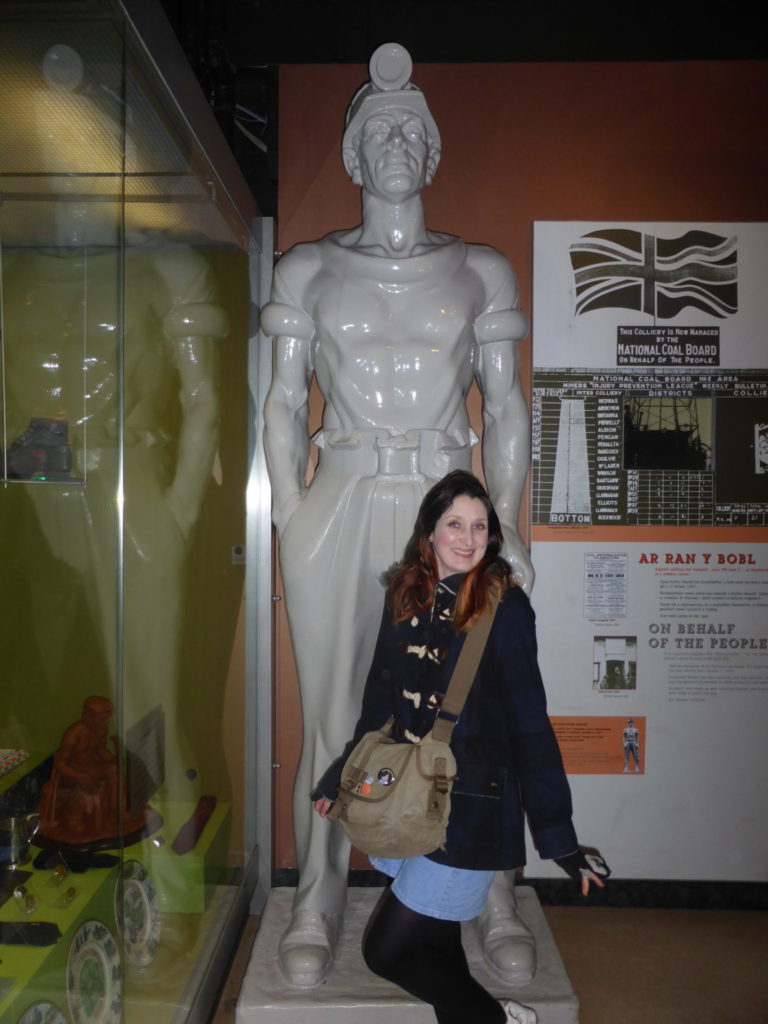 Look over the site from the viewpoint

Don’t miss the viewpoint outside. From here, you can see much of the Big Pit site. All that is left to see is the Explosive magazine, and the buildings around the Blacksmiths’ Yard. On the way out, be sure to take the brief walk over to the tiny Blaenavon Steam Railway station, which is very cute. 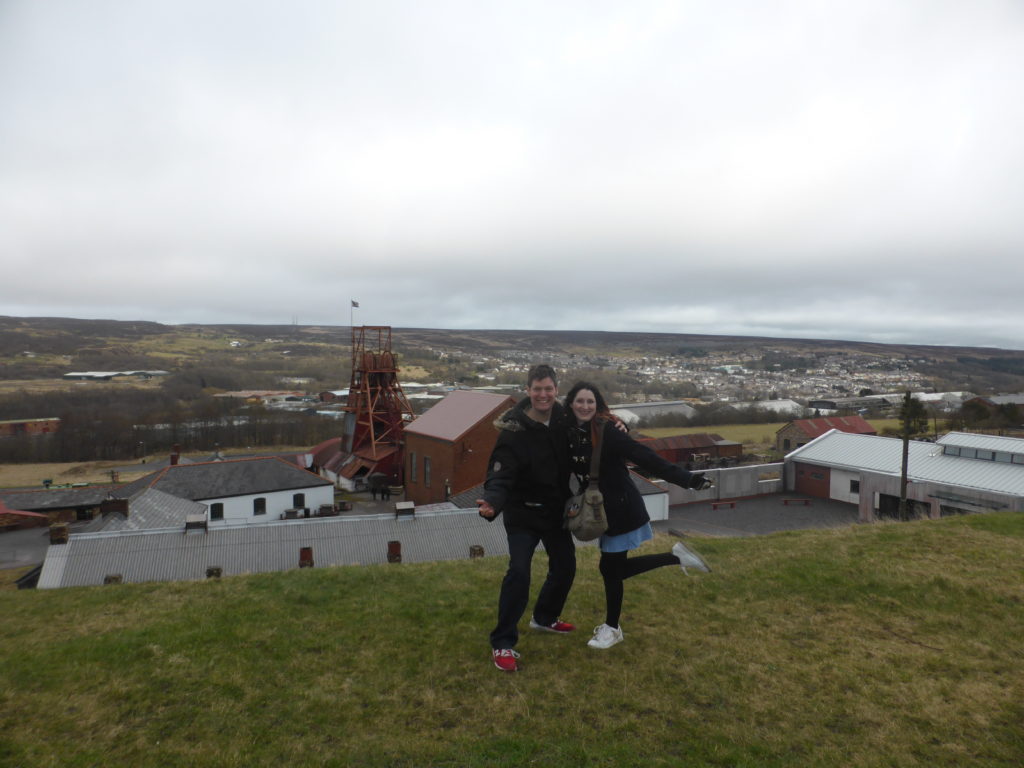 Big Pit is a fantastic day out, and won’t cost you a penny. We highly recommend a day out there for any couple, especially for the Underground Tour. If you are driving, it is worth stopping at another major part of Blaenavon’s World Heritage Site, the Blaenavon Ironworks. They are only open mid-week, but you can pull up in the car to check it out from the railings and at least get some pictures of this very imposing landscape. 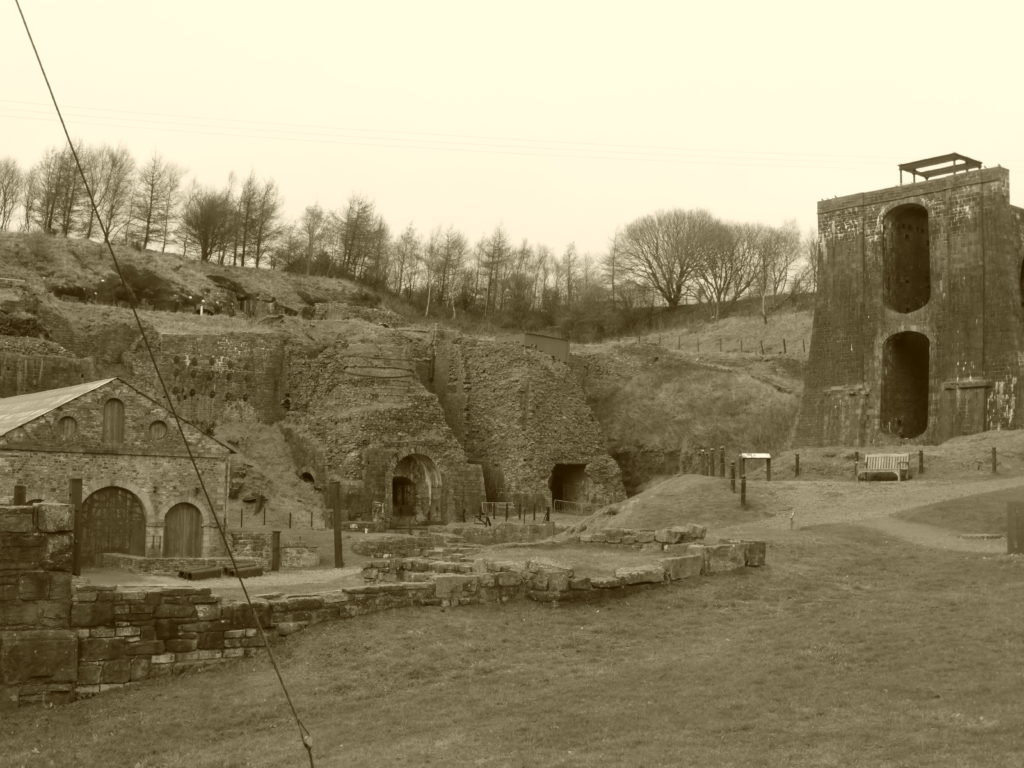 Have you ever been to Big Pit: National Coal Museum? Is coal mining an important industry in your area?