Dream Dates: The Best Places to Play Volleyball in the World

As our most recent secret date involved playing volleyball, we started to think about the best places in the world in which it can be played. Now, volleyball is an indoor sport. It is played on a court that is much the same whether it is in China or Russia. Therefore, we hope you forgive us for stretching things a little to include beach volleyball. This takes the rules of ordinary volleyball, and introduces sun, sea, and sand. Being outdoors on golden sands is far more inspiring, and here are some of the very best locations in the world to play it.

I don’t know about you, but Rio De Janeiro is the very first place that comes to mind when we think of beach volleyball. Flamengo Beach is a truly special place to play. You will have Sugar Loaf Mountain and the Christ the Redeemer statue as a backdrop! How cool would that be? AtivoRio Sports is a social network that offers the chance to join in an organised game if you don’t know where to start. 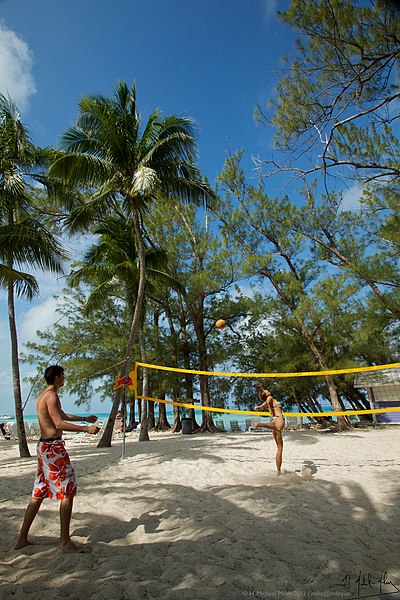 Recently named the Caribbean’s Best Beach, this seems like a dream for beach volleyball fans. With its famous crescent of white sand blending into the Cayman Blue water, there are few better locations to play the game. Plenty of beach bars to relax in afterwards as well.

This beautiful beach in Phuket offers a great atmosphere in which to play beach volleyball. There is the Beach Volleyball Club Karon, who play every single day from 4pm until sunset, should you wish to join in a fun, friendly game and make some new friends. 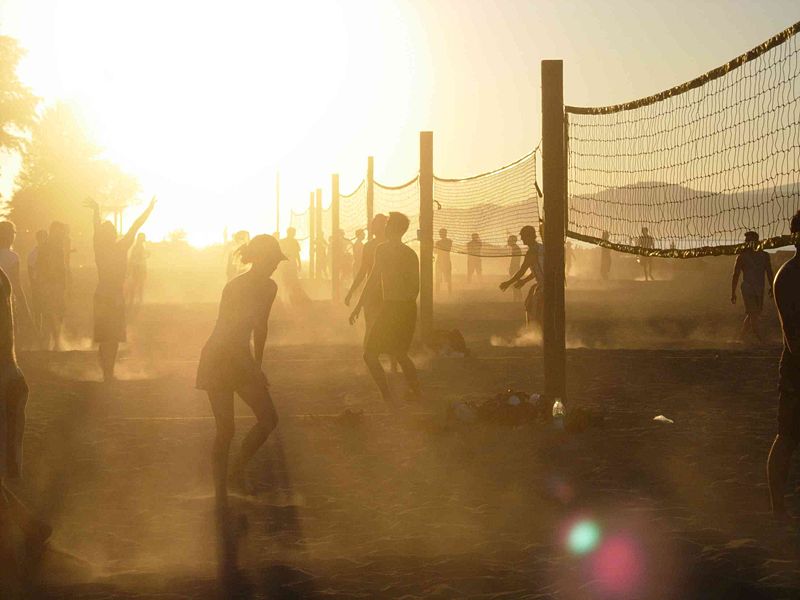 Most of Vancouver’s many beach volleyball courts are free to use, and the Park Board encourages the game by offering lessons. Kitsilano Beach (or ‘Kits’ Beach) offers seven permanent courts. Looking out over the mountains, with the sun sparkling on the sea, Kits offers a stunning place to play volleyball.

Prado Beach in Marseille is a special place on the French Riviera, just south of the Old Port. Roucas Blanc is the area to head for to get your beach volleyball fix. It was the first place outside Rio de Janeiro to host the Beach Volleyball World Championships, which just goes to show its credentials. 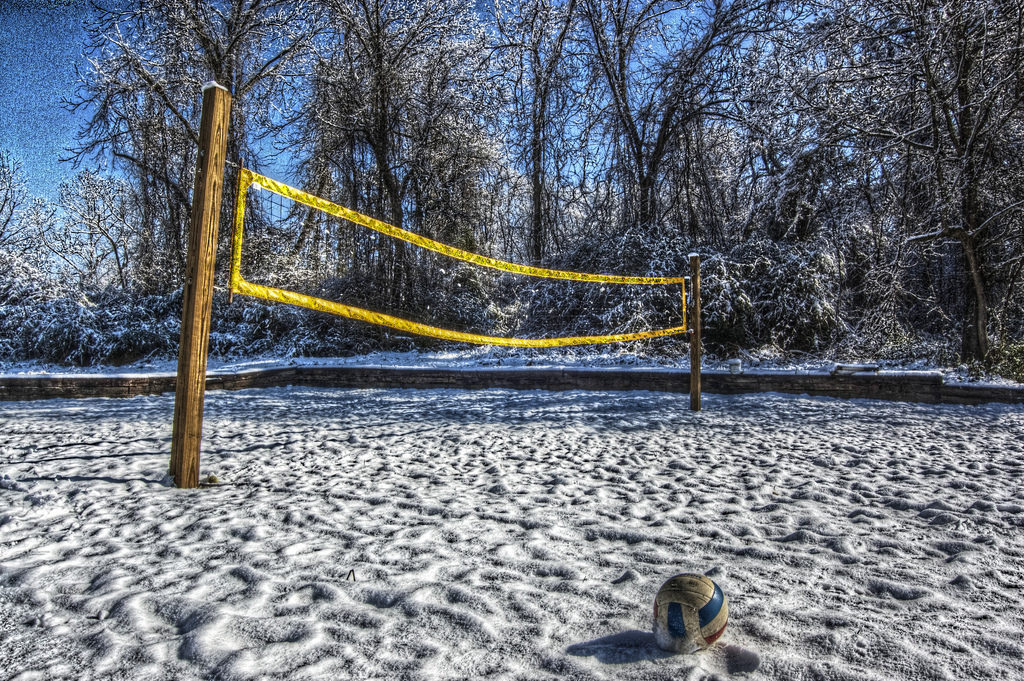 How about something completely different? Snow volleyball has grown in popularity since its invention in Austria in 2008. There is even talk of it becoming an official sport at the Winter Olympics! If that doesn’t show you just how universal the game of volleyball is, then nothing will. What better place to try it out than the town it originated in?

This gorgeous beach offers numerous sand courts both north and south of the pier. You can just turn up and play, or pay a small fee to reserve a court if you don’t want to leave it to chance. The shallow sand is amazing to jump in, and the glamorous houses in which Presidents and Tycoons have called home provide another dimension to the breathtaking scenery. 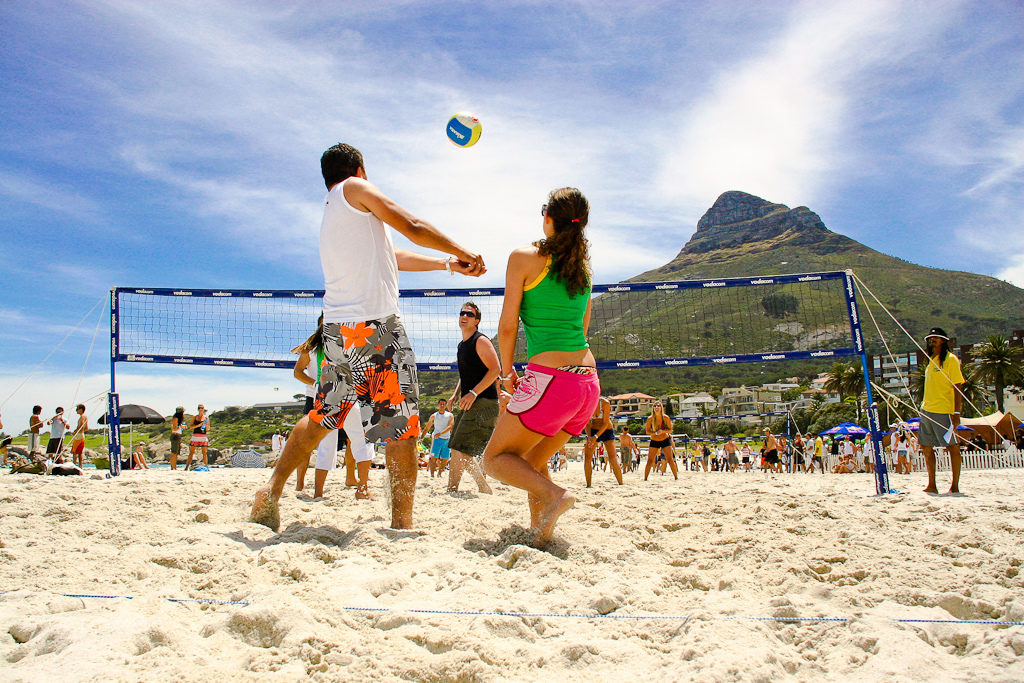 Beach Bums Volleyball Club set up on this beautiful Cape Town beach every Saturday morning. You can join professional player Jerome Fredericks on this beach that is known as the playground of the rich and beautiful.

North Avenue Beach is a favourite amongst volleyball aficionados. Due to its remarkable mix of beach and city, you are guaranteed the best of both worlds. This is one of Chicago’s most popular beaches. Don’t miss the beached ocean liner inspired beach house whilst you are there. 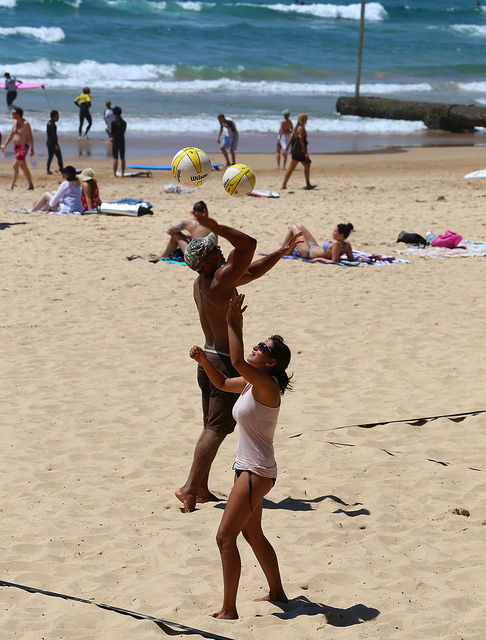 As the birth place of the sport down under, you won’t find a better place to play this far south. Olympic Gold medallist Kerri Potthars honed her craft on this beach, so why not go and find an empty court and see what you can do. This beach is also one of the country’s top surf spots.

Have you ever played volleyball in one of these locations? Anywhere else we have missed off that you feel should be on the list?

TripAdvisor: A Detailed Review 2017 The Romantic Couples Guide to Newcastle-under-Lyme